Accessibility links
If You Think You'll Never See A Poem About Malaria, You're Wrong : Goats and Soda In a new collection, a mixed martial arts fighter-turned-poet exposes the social and medical challenges caused by malaria in Bangkok, Thailand.

If You Think You'll Never See A Poem About Malaria, You're Wrong

If You Think You'll Never See A Poem About Malaria, You're Wrong 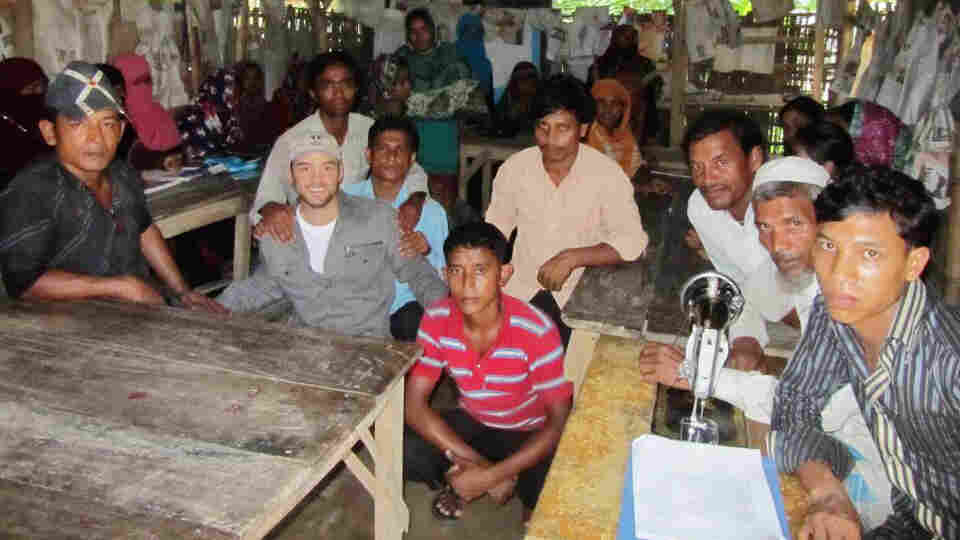 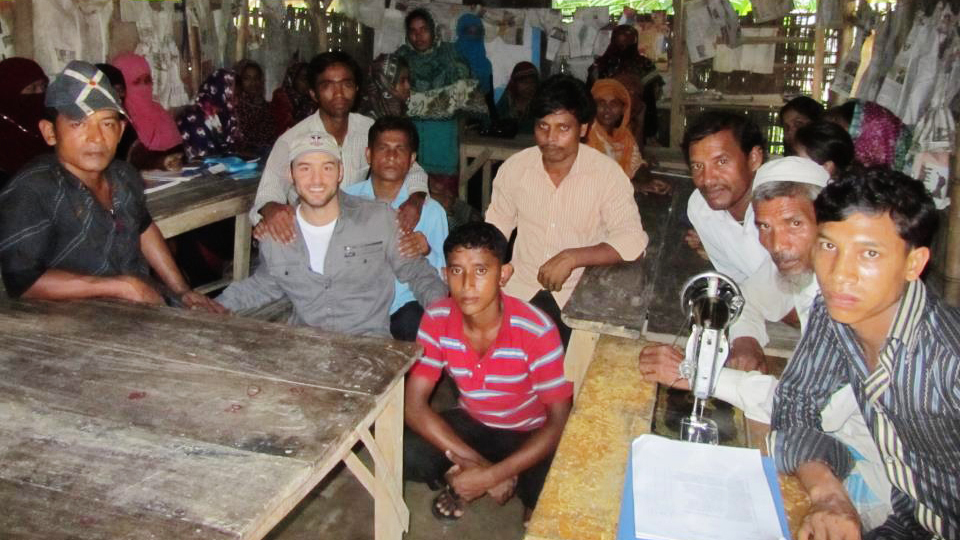 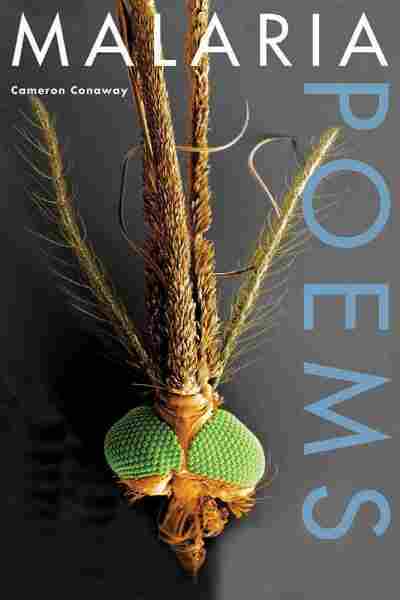 Before traveling to Thailand in 2011, American poet Cameron Conaway viewed malaria as many Westerners do: a remote disease summed up by factoids:

It's borne by mosquitoes.

Half the world's population — 3.4 billion people — is at risk of catching it.

Conaway, 29, gives a human face to those figures in his new collection, Malaria, Poems. Each poem is paired with a related fact: "roughly one in ten children will suffer from neurological impairment after cerebral malaria" connects to a poem with this line:

Conaway started writing poetry in 2004, inspired by Lee Peterson, his poetry instructor at Penn State Altoona, who wrote about the Bosnian war. "She taught me that these literary tools weren't just for playing in the sandbox," says Conaway. "They could serve a social purpose."

He came to malaria in a roundabout way. Conaway's trip to Thailand was motivated by a desire to practice Mauy Thai kickboxing (he is a former mixed martial arts fighter and people sometimes call him "the warrior poet"). After he arrived in Bangkok, he met another poet hanging out there, Colin Cheney, who told him about the Wellcome Trust, a global charity that funds health research as well as projects on how culture affects health issues, such as with their features publication Mosaic. The Trust was soliciting applicants for its arts award, so Conaway attended one of the its conferences. There, he met Nick Day, the director of Bangkok's Mahidol Oxford Tropical Medicine Research Unit (MORU), one of the Trust's affiliates.

"I was impressed by Day's ability to talk about malaria and his research in ways that a normal human could understand. He did so with charisma and I really connected with him," says Conaway.

And Conaway learned that malaria has a poetic history. Sir Ronald Ross, who won a Nobel Prize in 1902 for identifying malaria parasites, often wrote poetry about the disease and his discovery:

"With tears and toiling breath / I find thy cunning seeds / O million-murdering death."

With Day's suggestion, Conaway applied for the Trust's arts award and became MORU's first poet-in-residence. He spent seven months traveling to villages and vaccine research centers near Bangkok and in Bangladesh, gathering impressions for his work.

Malaria, Poems was published this month by Michigan State University Press. The poems touch on everything from counterfeit malaria medicines to stillbirths caused by the parasite to traveling bards who perform plays about malaria awareness. He also wrote poems that address social issues such as violence against women in Bangladesh and the lack of medical care in the region.

An excerpt from Malaria, Poems follows and describes Anopheles mosquitoes, which transmit the parasite between people.

You should have just asked the mosquito.
-- 14th Dalai Lama

It's risky business needing
(blood)
from others
not for science or even more life
for hellos and goodbyes
and most substances between
but so your kids can exit
while entering and spread
their wings long
after yours dry and carry on
by wind not will.

It's risky business feeding on others,
but we all do
one way or another.

It's risky business needing
when you have nothing,
but life has you and lives
writhe inside you.

Risky to solo into the wild
aisles of forearm hair thicket
for a mad sip,
not quick enough
to snuff the wick of awareness
but too fast for savoring.

A mad sip that makes
you gotcha or gone
and may paint you and yours
and them — Plasmodium falciparum --
on the canvas you needed
to taste behind.

It's risky business needing
and then getting
and being too too
to know what to do --
too full and carrying
too many to fly.

It's risky business being
the silent messenger
of bad news when you don't know the bad news
is consuming you, too.

It's risky business being
born without asking
for a beating heart.
Having and then needing to need
to want until next
or else
and sometimes still or else.

Risky when you're expected to deliver
babies and have no gods to guide
their walk on water
because you did it
long before they or him or her or it
never did.

Risky when you're born
on water and capricious cloudscapes
shape whether sun lets leaves
bleed their liquid shadow blankets
into marshes or mangrove swamps
or hoof prints or rice fields or kingdoms
of ditches.

It's risky business naming and being named
while skewered and viewed
under the skewed microscopic lens
of anthropocentrism
an (not) opheles (profit)
a goddess name, Anopheles,
that translates to mean useless
and sounds beautiful at first
then awful when its insides linger.
An(ophel)es, you are only 57% different, no,
you are 43% the same as me, no,
I am, no, we are 43% you, no, we all are
nearly, mostly.

It's risky business leaving
large clues --
a welt and then a dying child slobbering silver
under its mother's croon.

It's risky business being
when you don't
because you have two weeks
or less to do doing.

Risky business killing,
but it depends on who, where, when --
self-sufficient Malawi village in 2014
vs. the legend of Dante & Lord Byron.
Mae Sot or Maine, Rourkela or Leeds.

It's risky business killing
killers that always only want
their kind
of tropical retreat.

It's risky business being
small
profoundly --
the speck of black
sesame or apostrophe
blending in the expanse
of rye or papyrus
and taken
onto allergic tongues.

It's risky business sharing
your body with strangers --
uninvited multiplicities hijacking
what you have
because to them you are what you have.

Risky when all know
your 1 mile per hour,
your under 25 feet high for miles,
your 450 wingbeats per second.

Risky business being you
when some want not to fly
weeks with your wings
but walk days atop them.

Is it riskier business being content
and peacefully going extinct
or not being
content and forever brinking
in the bulbous ends of raindrops
that cling but fatten?

Like raindrops and us, Anopheles,
when you fatten, you fall.
History favors the fallen.

To drip
a long life
of falling
before the fall
or to live
a short life
oblivious to it all?

Risky that we exchange
counters — DNA mutations
that make some of us
sometimes
sort of
immune to each other's jabs
though hooks always slip through,
and we send each other stumbling,
always stumbling, always only stumbling.

Changing ourselves changes each other.
Each other is ourselves.

They tell us it's risky business doing
being,
but it is more risky being
doing.
Did you hear all that, Anopheles?
How about now?
We're asking. We're good at that.
Does all life listen
at the speed of its growing?
Are we listening too loudly
or too slowly to your silence?

"Human malaria is transmitted only by females of the genus Anopheles. Of the approximately 430 Anopheles species, only 30-40 transmit malaria" (Malaria, Mosquitoes, Centers for Disease Control and Prevention, 8 February 2010).