Accessibility links
A Smartphone Gadget Pumps Up Breast-Milk Banks : Goats and Soda Access to breast-milk banks is a problem in the developing world. A smartphone accessory could save lives by allowing health workers to set up mini milk banks anywhere. 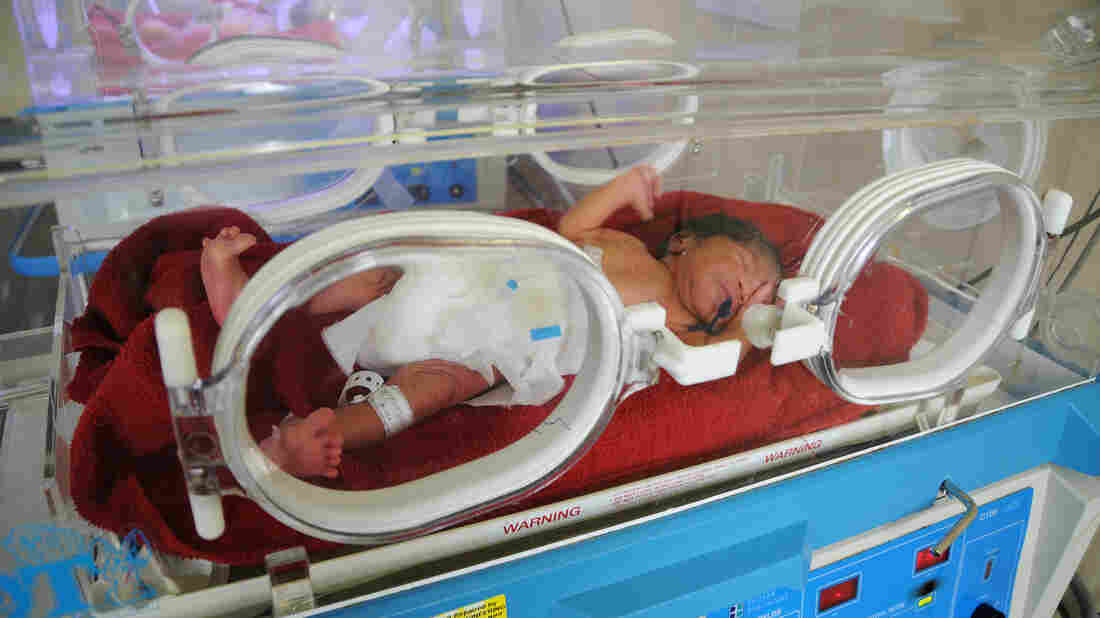 Newborn in an incubator at Greytown Hospital in South Africa in 2009. Wendy Stone/Courtesy of PATH hide caption 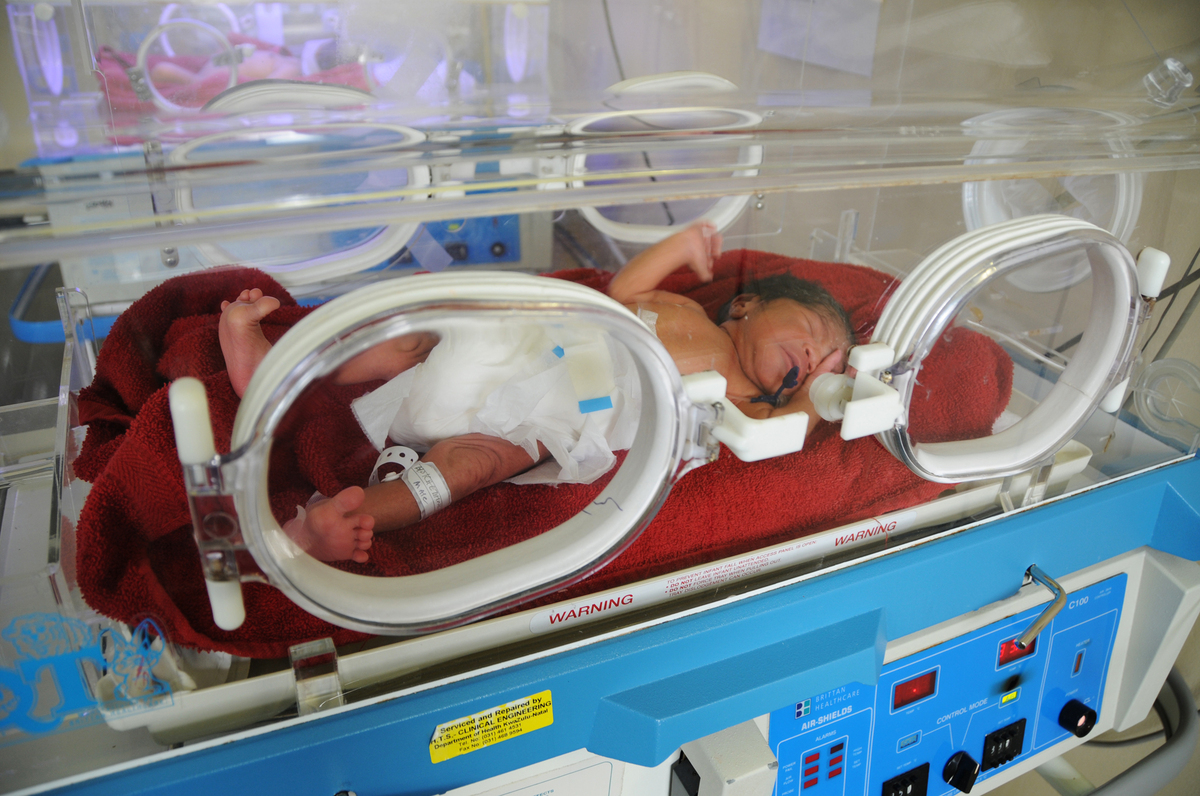 Newborn in an incubator at Greytown Hospital in South Africa in 2009.

Breast-milk banks are a great way to help babies whose mothers aren't able to breast-feed. Breast milk, in case you didn't know, does a better job than formula at bolstering a baby's immune system, especially if the tot is premature or underweight.

Banks are easy to run in some parts of the world. In the U.S., donors place the breast milk in an ice-filled cooler and ship it to a central bank. The milk is pasteurized to kill germs, then mailed to donors on a refrigerated FedEx or UPS truck. The 16 American banks distribute 3 million ounces of breast milk a year across the country.

The developing world is another story. In South Africa, for instance, most milk banks are in cities like Cape Town, but transporting a bottle to a rural clinic can be troublesome. Roads wash out in the rainy season. And the clinics don't have the resources to pay for a refrigerated truck.

And that's the part of the world where breast-milk banks are especially crucial. Each year, 800,000 children under the age of 5 die because they didn't have access to breast milk — close to 1 out of every 8 infant deaths, most of which occur in developing regions.

One solution would be to set up banks in remote places. "We'd love more milk banks at rural hospitals where they can gather milk from their own patients and mothers," says Louise Goosen, who directs the Milk Matters, a banking organization in Cape Town.

Now there's a simple device called FoneAstra that, when combined with a smartphone, can pasteurize milk so a bank can be set up almost anywhere. The cost is only about $1,000.

The FoneAstra dock comes equipped with a wire connected to a temperature probe, which gets placed in a hot water bath. After a nurse collects a milk donation, she puts the bottle into the water bath. When she starts the phone app, FoneAstra will display step-by-step instructions on how to pasteurize breast milk.

It's trickier than you think. Boil too hot and the heat will destroy important proteins. Too cold, and life-threatening germs might remain.

The smartphone app also prints bar code labels for each donation, so nurses can trace every donation in case something goes wrong.

In 2011, the Seattle-based nonprofit organization PATH began testing FoneAstra at two clinics in Durban, South Africa. The device tripled the volume of milk that could be collected from donors.

That's a significant result. The consequences of lacking breast milk are more severe in developing countries owing to poor sanitation and a higher abundance of infectious diseases. One study found that non-breast-fed infants had a tenfold higher risk of dying compared with predominantly breast-fed infants in Ghana, India and Peru.

And the number of babies at risk can be high. South Africa notches over 1 million premature births per year. "What we noticed in neonate wards in South Africa is about 25 percent of babies don't have access to their own mother's milk," says Kiersten Israel-Ballard of the maternal and child health unit at PATH, which partnered with technologist Rohit Chaudhri of the University of Washington to develop FoneAstra.

Next year in collaboration with the Human Milk Banking Association of South Africa, PATH will spread FoneAstra farther away from Durban across five more sites, as part of a three-year initiative sponsored by the province's health department to promote breast-feeding.

Unlike a commercial pasteurizer, FoneAstra works only with small volumes, about 25 ounces at time, enough for the daily needs of most babies.

"One of the huge advantages of the FoneAstra is that a cycle can be completed in 17 minutes as opposed to the two-hour cycle of a commercial pasteurizer," says Penny Reimers of HMBASA. "But general promotion of breast-feeding must happen, too, or we won't have enough donor milk for these banks to operate."

FoneAstra can aid that, too. "Moving banks into rural communities can make people aware that breast-milk donation is an option," says Noah Perin, a health innovations officer at PATH.

Goosen of Milk Matters recalls one rural hospital near Cape Town that started a milk bank with FoneAstra. "Rather to our surprise, their milk bank grew, and they eventually bought a commercial pasteurizer to match the supply," says Goosen. "Certainly, without FoneAstra, they wouldn't have started the program in the first place."