Accessibility links
How 'The Hot Zone' Got It Wrong And Other Tales Of Ebola's History : Goats and Soda Do people with Ebola actually cry tears of blood? What happens if the U.S. Army thinks you might have Ebola? We catch up with science writer David Quammen to discuss truths and myths about the virus. 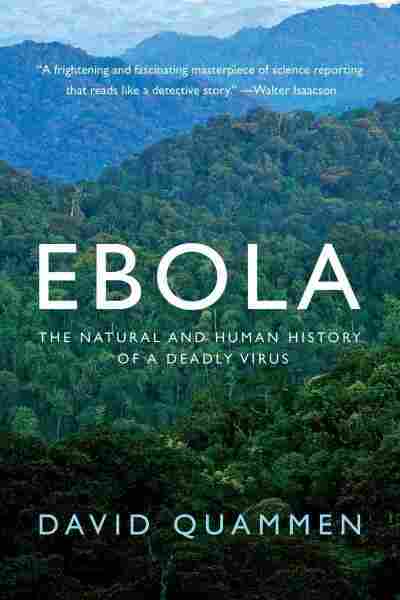 The Natural and Human History of a Deadly Virus 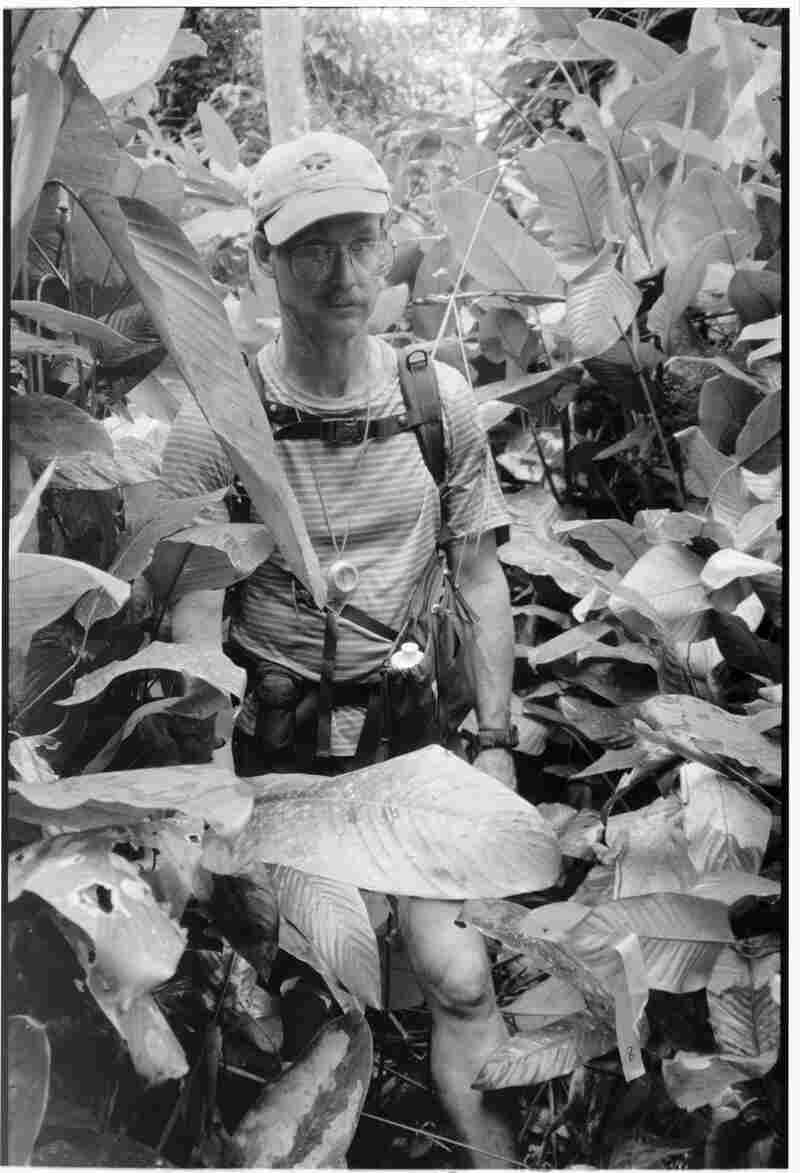 Science writer David Quammen treks through the jungle in the Republic of the Congo while traveling on the Megatransect Expedition in 2012. Michael Fay for National Geographic hide caption 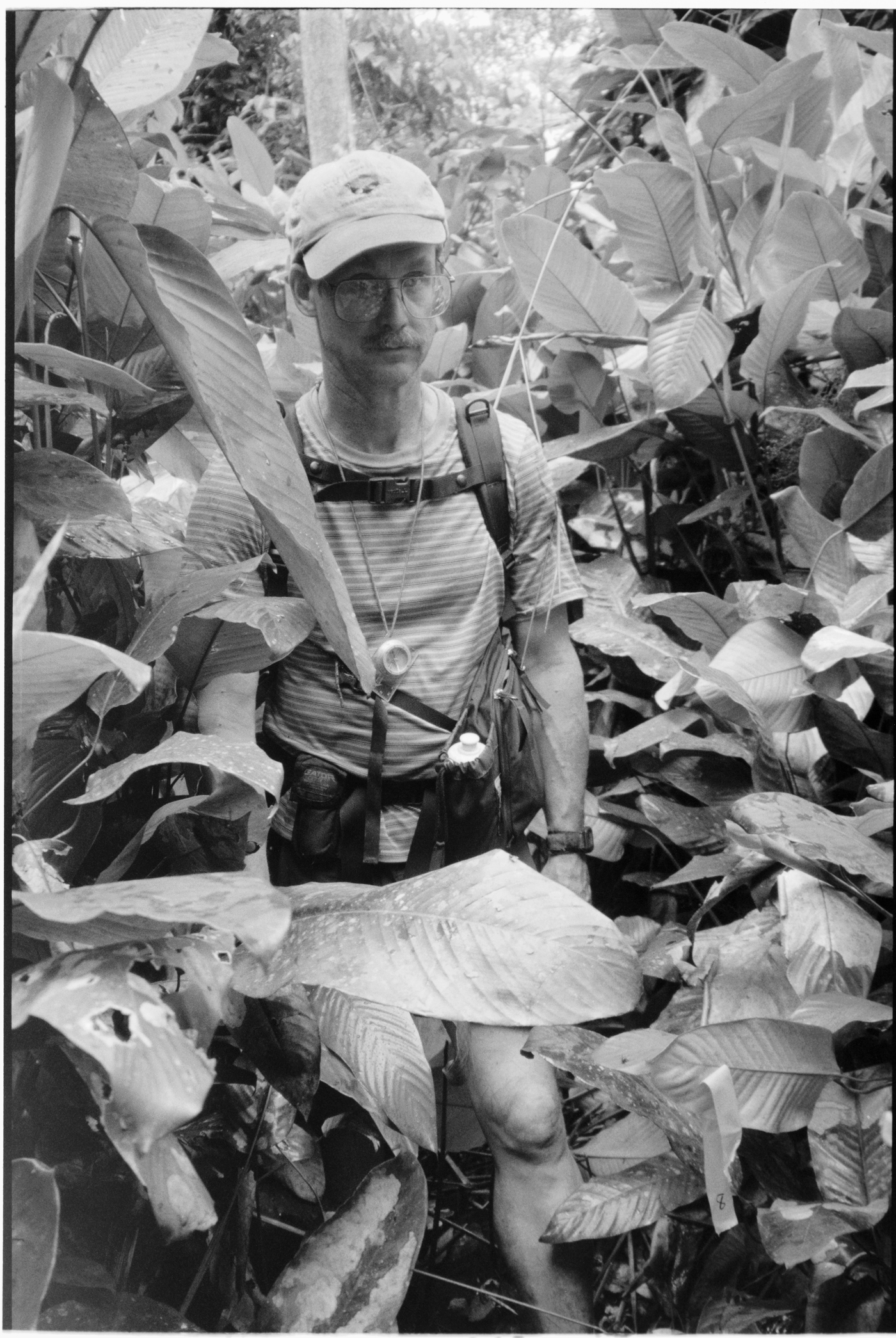 Science writer David Quammen treks through the jungle in the Republic of the Congo while traveling on the Megatransect Expedition in 2012.

In his new book about Ebola, science writer David Quammen has some harsh words for the author of another book about the virus — Richard Preston's best-seller The Hot Zone.

"I thought The Hot Zone was fascinating, mesmerizing. It's one of the things that got me interested in Ebola," Quammen says. But as he did his own research and talked to experts, including virologist Karl Johnson, a major character in The Hot Zone, he heard a different story.

The experts said, "Ebola is not like how it's portrayed in the book. People do not dissolve. Their internal organs do not liquefy. People do not shed bloody tears."

Sometimes people with Ebola hemorrhage, but in the majority of cases, there's no dramatic bleeding, Quammen says. For that reason, "the disease is no longer even classified as a hemorrhagic fever."

"But Preston's book has all these vivid, gruesome details, and they have given people an exaggerated idea of Ebola over the years. They caused people to view this disease as though it was some sort of preternatural phenomenon."

We caught up with Quammen to discuss his new book, Ebola: The Natural and Human History of a Deadly Virus, and to learn a bit more about other tales, truths and myths of Ebola. The interview has been edited for clarity and length.

Do you think that the book The Hot Zone is one reason why many Americans have such strong fears about Ebola?

Perhaps. But also, I think that it's because the virus comes from the African forest, disappears for a few years at a time and then goes back in its reservoir host until its next spillover.

Most Americans know nothing about the African forest, and it seems to them a very scary, spooky dangerous place. I've spent a lot of time in the forests of central Africa. I know they're beautiful places that contain a lot of different kinds of creatures, including some that carry Ebola. But that's no reason to view it as scary or excessively dangerous.

In your book, you talk about how the U.S. Army doesn't mess around with Ebola.

It has this extraordinary facility at Fort Detrick, Md. They call it the Slammer.

In 2004, virologist Kelly Warfield accidentally stuck herself with a needle containing Ebola-tainted blood. The Army consigned her to 21 days in the Slammer. She describes it as "a prison and you're gonna die." What exactly is the Slammer like?

My impression was that it is a very, very serious place. We went through a double airlock to get into it.

It was very serious quarantining. They drew Warfield's blood multiple times a day to test for Ebola.

If she had become infected, she would have been treated in the Slammer. [The room immediately turns into a biosafety level four facility — the highest]. If she had died, her body would have come out through an autoclave chute, sterilized.

Back in August, you told NPR that the Ebola outbreak was a "dress rehearsal" for the next big pandemic, but not the big one. Since then, the epidemic has ballooned about five fold. Do you still feel the same way?

Definitely. We've had one case fatality in the U.S. The pandemic is still raging in West Africa and killing people there. We have to help control and stop it.

But Ebola isn't a respiratory virus. It doesn't spread through the airborne route. So it's not likely to spread like wildfire around the world and kill tens of thousands or hundreds of thousands of people. That's what I think of as the next big one. I think the virus for the next big one is more likely to be an influenza or a coronavirus than it is to be Ebola.