Accessibility links
Mali Is Worried About Ebola, Quarantines Nearly 100 : Goats and Soda The virus appears to have taken two new victims in the West African country. The government is stepping up its quarantines and contact tracing to prevent an outbreak. 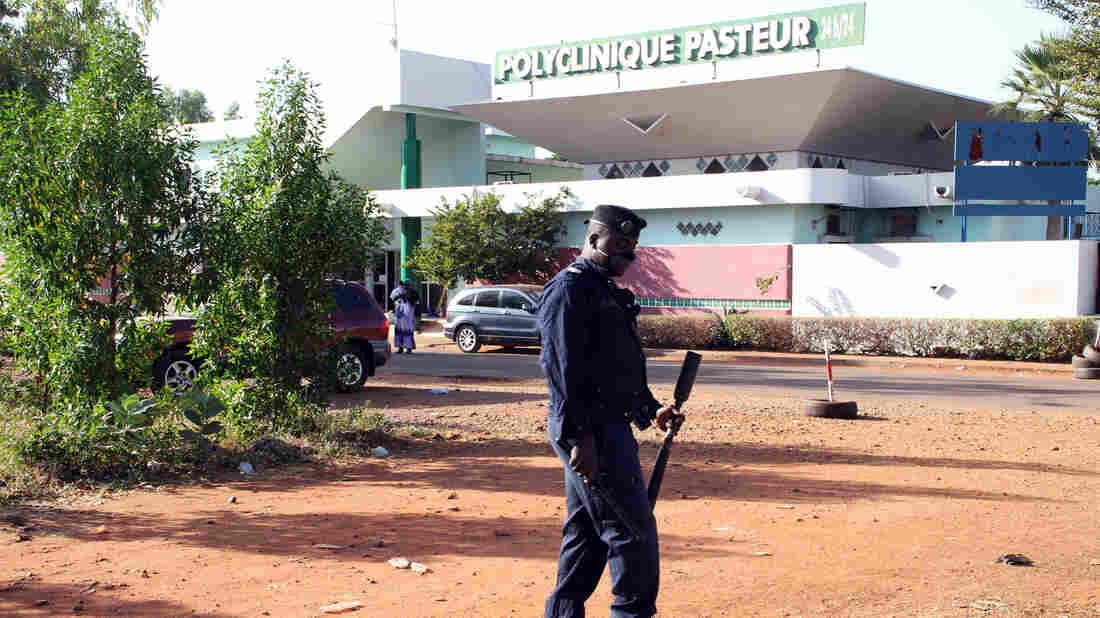 A police officer stands in front of the Pasteur clinic in Bamako, which was quarantined after a nurse there died from Ebola. Habibou Kouyate /AFP/Getty Images hide caption 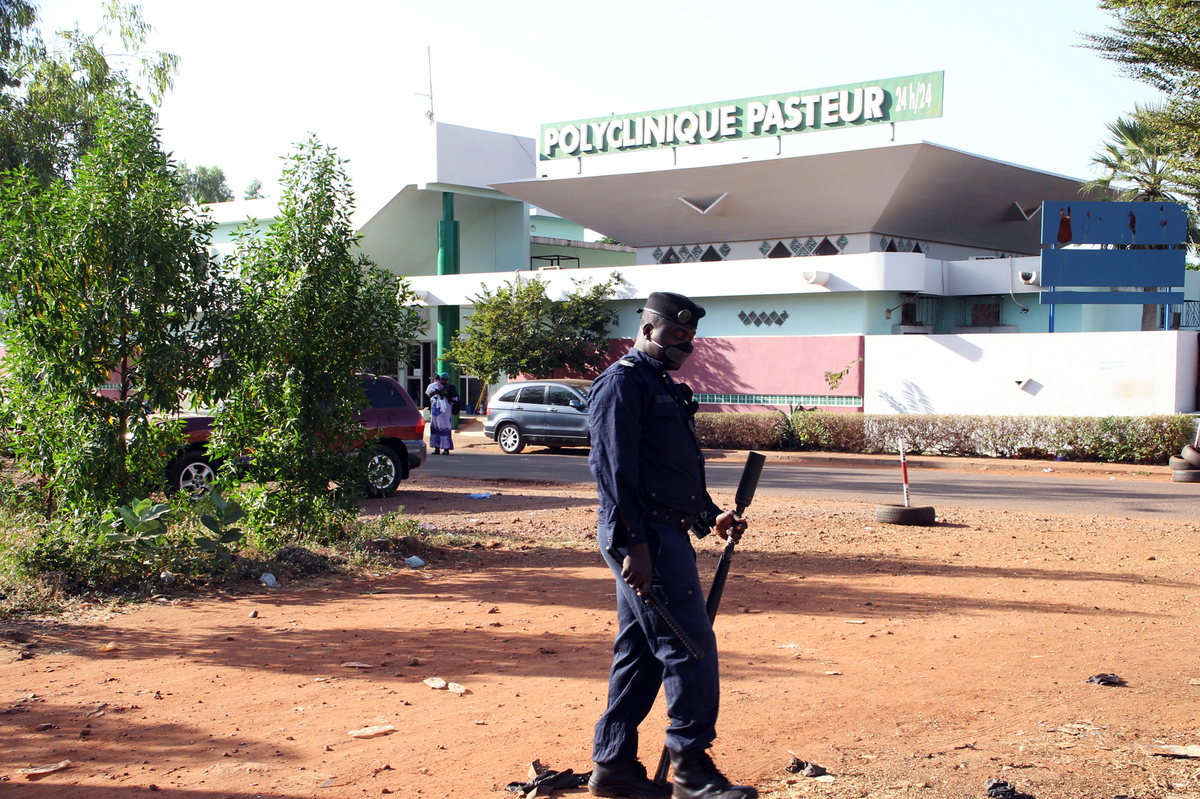 A police officer stands in front of the Pasteur clinic in Bamako, which was quarantined after a nurse there died from Ebola.

Mali slapped quarantine orders on nearly 90 people on Wednesday and closed a mosque and a health facility in an effort to contain an Ebola outbreak.

The moves come after a nurse at a private clinic in the capital, Bamako, was confirmed as an Ebola victim.

One of the nurse's patients was not tested for Ebola but is now listed as a "probable" case. The 70-year-old grand imam, from the village of Kouremale on the Guinea/Mali border, fell ill in mid-October with an undiagnosed condition. He sought treatment at the Pasteur Clinic in Bamako on October 25 and died two days later.

After the imam passed away, his body was brought to a mosque in Bamako for a ritual washing ceremony. Ebola victims are at their most contagious just before and just after they die. The corpse was then transported back to the imam's home village and given a formal funeral, again with no precautions for Ebola.

Since then, one of his two wives and a daughter have both succumbed to unexplained illnesses, according to the World Health Organization. In addition, the imam's brother, a second wife and a son are all being treated in an Ebola ward in Gueckedou, Guinea. The son has tested positive for the virus.

Health officials in Mali, a landlocked nation with a population of about 15 million, are concerned that the nurse and the imam may have spread the virus to many more individuals in their final days. A doctor at the clinic where the nurse worked is now listed as a suspected case and has been quarantined.

In addition, the U.N. is monitoring a group of peacekeepers who had been brought to the clinic due to injuries.

Before this incident, Mali had only had one confirmed Ebola case: a two-year-old girl from Guinea. The child had traveled more than 700 miles across southern Guinea on buses and taxis with her family in mid-October before passing away on October 24. En route, the family stopped to visit relatives in Bamako. Investigators from the WHO believe that the girl's case and the two new ones are not connected. They believe the latest cases came from a different source.