Accessibility links
Yes, Doctor, I Took My Anti-HIV Meds (But Really, I Didn't) : Goats and Soda African women signed up for a trial to test pills and gels that can prevent HIV. They swore they were complying. Only they weren't. Reasons range from conspiracy theories to ... skin care.

Yes, Doctor, I Took My Anti-HIV Meds (But Really, I Didn't)

Yes, Doctor, I Took My Anti-HIV Meds (But Really, I Didn't) 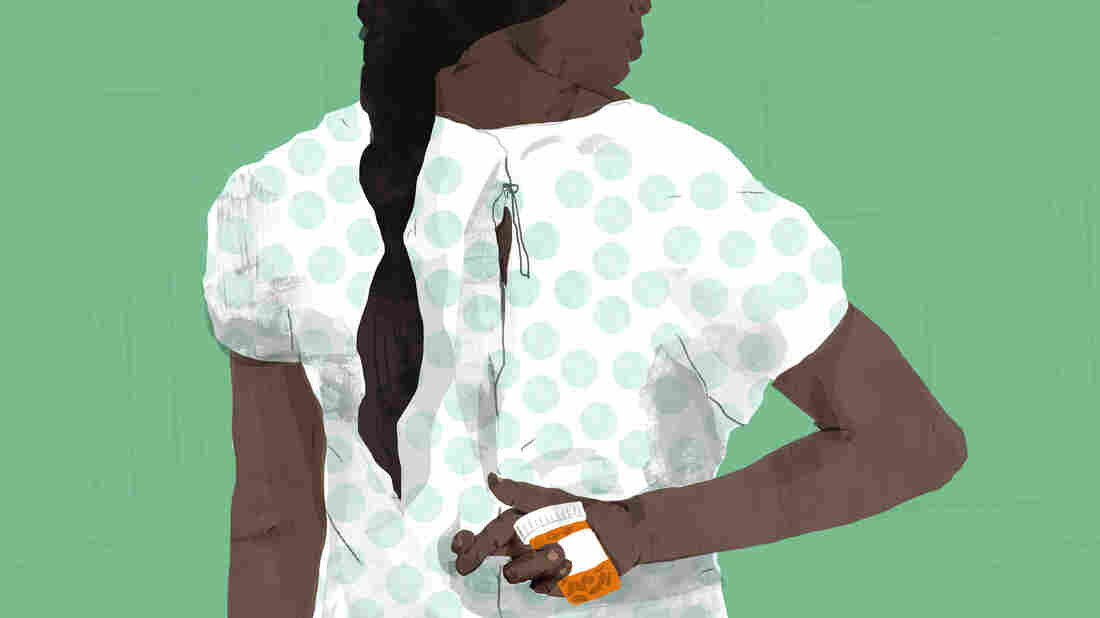 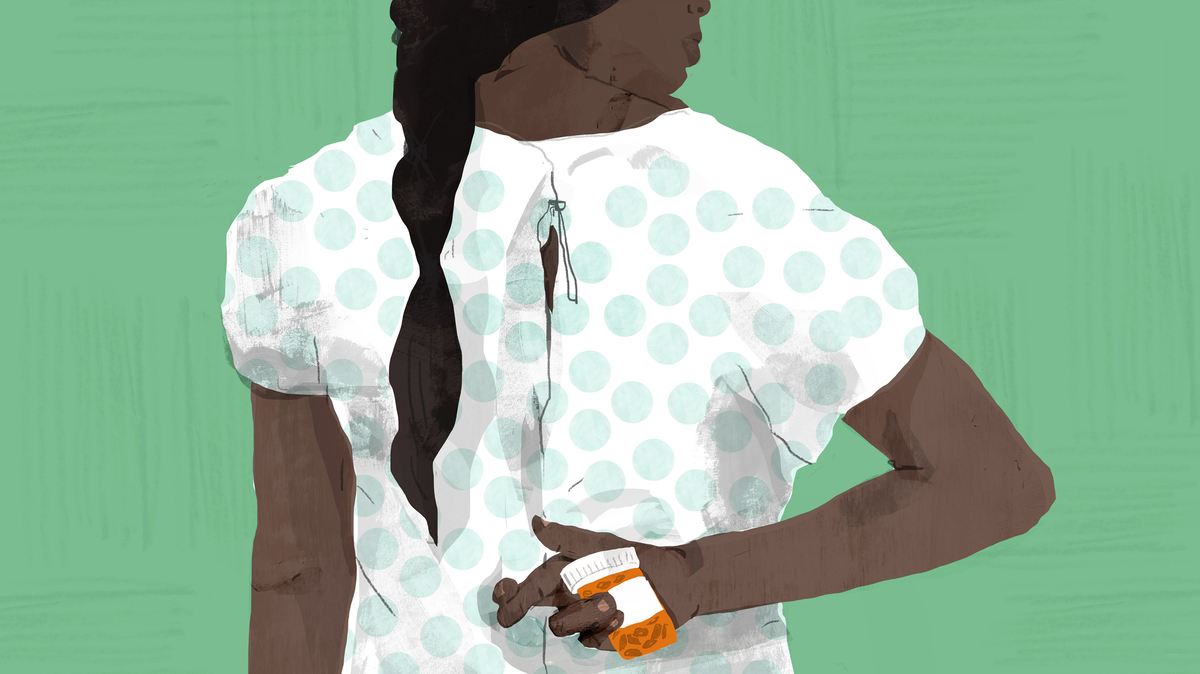 For years, health researchers have been excited about two new weapons in the war on HIV — a vaginal gel and a pill. Both reduce the likelihood of HIV transmission during intercourse and could give young women in Africa, where the virus is especially prevalent, a new way to protect themselves during sex.

There's just one problem: It's really difficult to get women to use them.

A study presented at an HIV conference in South Africa last month has helped researchers understand why. In the study, called VOICE (Vaginal and Oral Interventions to Control the Epidemic), more than 5,000 women in South Africa, Zimbabwe and Uganda were given the gel, the pill or a placebo. They were asked to take the medicine or use the gel every day.

After a few months, the study was halted because it became clear that the treatment group had no benefit over the control group in preventing HIV. Researchers were perplexed. Why was neither the gel nor the pill working?

Soon, they had their answer. More than 90 percent of the women claimed to be complying. But blood samples told a different story: Just 24 percent were using the gel, and only 30 percent were taking the pills.

The researchers wanted to understand why these women were so reluctant to use the medicine — and why so many lied about their actions. They interviewed 127 participants and were surprised by what they learned.

Here's a rundown of what the women said:

A lot of women reported thinking, well, if this medicine is powerful enough to kill HIV, what might it do to my body? There was particular concern that the vaginal gel might be bad for a woman's uterus and might make it difficult for her to conceive. Spouses also expressed concern about the impact on their wife's ability to bear children despite reassurances from researchers that the medicine was safe.

HIV is still heavily stigmatized in many families and communities across Africa, and a number of women reported concerns that others might discriminate against them for taking anti-HIV medicine. Spouses also expressed concerns about sleeping with a partner who is taking antiretroviral medication. Ariane van der Straten, one of the lead researchers, says some women went to great lengths to dispose of their pills and gel in a secretive way, so as to avoid suspicion from neighbors.

You're trying to give me HIV!

Van der Straten says there was also a conspiracy theory in circulation: The pills and gel were giving people HIV. She says it's unclear how many women may have bought into this rumor, but it's reminiscent of the current Ebola outbreak, where health care workers have been attacked and even killed by locals who believe the workers are spreading Ebola. "Fear spreads faster than the virus," she says. The same may have been true in the HIV trial.

I'm not HIV-positive. Why do I need to do this?

Van der Straten says that preventive trials — where healthy people are asked to do something to stay healthy, rather than to get healthy — usually have lower levels of adherence. Asking someone to take a pill or use a gel to remain HIV-negative is very different from asking an HIV-positive person to take medicine that might make them better. The latter individuals almost always comply.

She says there were also perceived or imagined side effects that seem to have influenced behavior:

This Pill Makes Me Fat

Most women gained weight during the study, and some attributed this to the medicine. But van der Straten says a more likely explanation is that the women were eating more — they were given snacks at meetings, were told to take their medicine with food, and may have had more disposable income than usual because they were compensated for their time and transportation costs. She says people may also associate antiretroviral drugs with weight gain because people who have lost weight due to AIDS often get healthier (and heavier) when they go on medication.

A number of women reported that their skin cleared up or became radiant during the study — and they attributed this to the medicine. As a result, some apparently gave their pills to family members with skin problems, or friends who were looking for that extra rosy glow. Van der Straten says there is no evidence that the pills actually have this side effect (or side perk?).

You know who needs this gel? Sex workers and rural cousins.

One woman reported giving the vaginal gel to a sex worker friend. Her reasoning? If the gel provides protection from HIV, her friend could really use it. Another woman believed the gel to have vaginal cleansing properties, so she gave it to a relative in an area with limited water and sanitation services. Van der Straten notes that the gel does not have such properties.

Finally, there's the question of why the women lied to researchers. Why did they stop taking their medicine but not tell anyone? Van der Straten says it isn't exactly clear. But she says it's human nature to tell someone you're doing what you're supposed to even if you're not. Just like people proudly lie to the dentist and say they're flossing.

And even if women weren't taking the medicine, they may have wanted to continue participating in the trial for certain benefits: better access to health services, compensation for their participation (plus reimbursement for travel).

A Happy Marriage, A Terrible Secret, A Healthy Baby

Future studies will likely require extra oversight to ensure that participants actually use the products being tested, say van der Straten and Betsy Tolley, a behavioral scientist at the human development organization FHI 360. Electronic monitoring and text message communication could help — though neither is as reliable as a blood test.

Tolley is also working on a questionnaire to screen out individuals less likely to adhere to medication schedules in clinical trials. Her research draws on techniques used in the insurance industry to identify drivers who have lied about their driving record when applying for new coverage, or who have exaggerated the seriousness of an injury.

Tolley and van der Straten say the VOICE study has provided valuable insights into people's thinking and behavior during clinical trials. But it also raises an unsettling question: How many people in other clinical trials are lying? And what impact is that having on scientific research?