Accessibility links
You Might Be Surprised When You Take Your Temperature : Goats and Soda Ebola has made us all obsessed with body temperature. 98.6 degrees Fahrenheit is normal, right? But what about 98.2? Or 99? And how high and low can you go on the thermometer and survive?

You Might Be Surprised When You Take Your Temperature

You Might Be Surprised When You Take Your Temperature 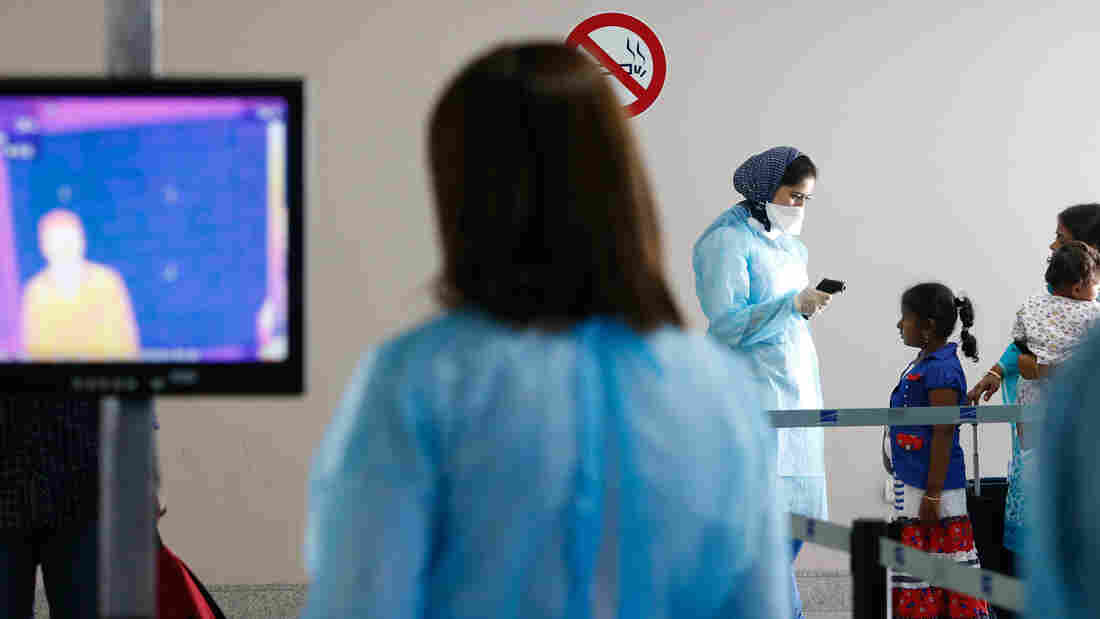 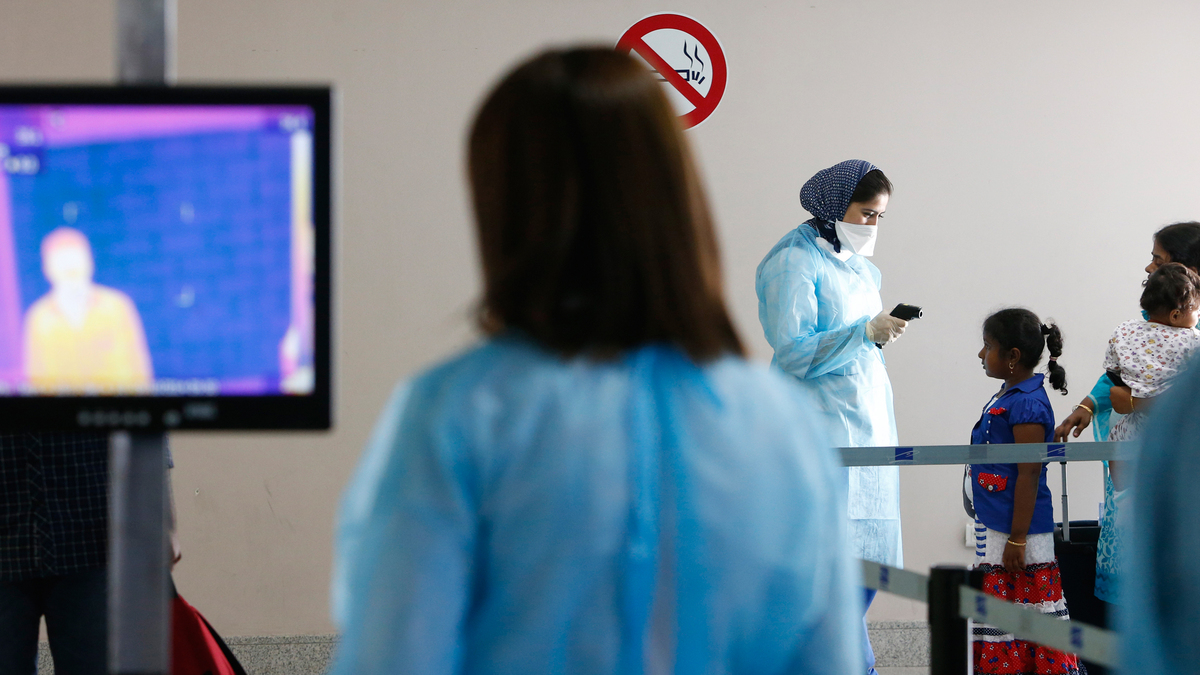 Temperatures are taken two ways at Casablanca's airport: with an infrared body scanner (left) and a handheld thermometer (right).

That's the question of the hour. The Ebola virus has made taking your temperature part of everyday conversation. People in West Africa are doing it. People returning from the region are doing it. And so are the overly paranoid in the United States.

For anyone who's been exposed to the virus, a body temperatures of 100.4 or higher has been deemed the point of concern. The goal, of course, is that magic number: 98.6 degrees Fahrenheit.

Except 98.6 degrees isn't so magical after all. In fact, that might not be your normal temperature.

For Ebola, the Centers for Disease Control and Prevention says 100.4 degrees Fahrenheit is the temperature for which medical attention is necessary.

When Ebola is not a factor, Levine defines 101.5 degrees Fahrenheit as a serious fever. (Although he notes that you could register a lower temperature and still be harboring an infection.)

These high temperatures can actually save your life. If you have an infection or virus, your body's response is to raise your internal temperature to kill it off. In other words, fever is your body's defense against whatever is making you feel sick. So before you take fever reducers like Tylenol or aspirin, you may want to consider letting your body do its job, says Levine.

"Lowering the temperature with Tylenol doesn't help you fight infection," he says. "It just masks it. But if the patient is shivering, shaking, sweating, you may want to lower [the temperature] for comfort reasons."

Baseline normal temperatures differ from person to person and from day to day. But if you're worried about what your thermometer is telling you, here are some points of interest, from the low to the very, very high.

56.7 degrees: Anna Bagenholm, a Swedish medical student, spent 80 minutes under ice after a skiing accident in Norway in 1999. When she was rescued, her body temperature was 56.7 degrees Fahrenheit. Although she was clinically dead, resuscitation efforts were successful and she now has only minor nerve damage. (Do not try this at home).

98.6 degrees: This is the generally accepted "normal" temperature, though different people can have different "normals" and even the same person's temperature can vary throughout the day and still be considered normal. Temperature is lower in the morning, since you're less active, and women tend to have slightly (less than half a degree) higher baseline temperatures than men. A 1992 study in the Journal of the American Medical Association measured the temperature of 148 adults four times a day for three consecutive days. The mean was 98.2 degrees.

97-99 degrees: This is what most doctors would describe as the normal temperature range, according to Levine.

100.4 degrees: The Centers for Disease Control and Prevention has identified 100.4 as the benchmark for concern about Ebola. Depending on an individual's normal baseline and Ebola-related symptoms, a triple-digit temperature in the context of Ebola is cause for concern.

101.5 degrees: Anything at or above this level is classified as a serious fever, says Levine: "Lower doesn't mean you don't have an infection, but that's when you've crossed a threshold of concern."

107 degrees: Multiple organ failure can occur, and the high temperature itself might bring on seizures. But Adalja says hospitals in the U.S. wouldn't let it get to this point: you'd be treated with fever reducers and cooling blankets.

115 degrees: On July 10, 1980, 52-year-old Willie Jones of Atlanta was admitted to the hospital with heatstroke and a temperature of 115 degrees Fahrenheit. He spent 24 days in the hospital and survived. Jones holds the Guinness Book of World Records honor for highest recorded body temperature.