Accessibility links
In Sierra Leone, Tears And Wails Mark The Death Of Dr. Martin Salia : Goats and Soda He was one of only 130 or so doctors who served the country. When news came that he'd succumbed to Ebola, people went into shock, mourning the death of "a great hero."

In Sierra Leone, Tears And Wails Mark The Death Of Dr. Martin Salia

In Sierra Leone, Tears And Wails Mark The Death Of Dr. Martin Salia 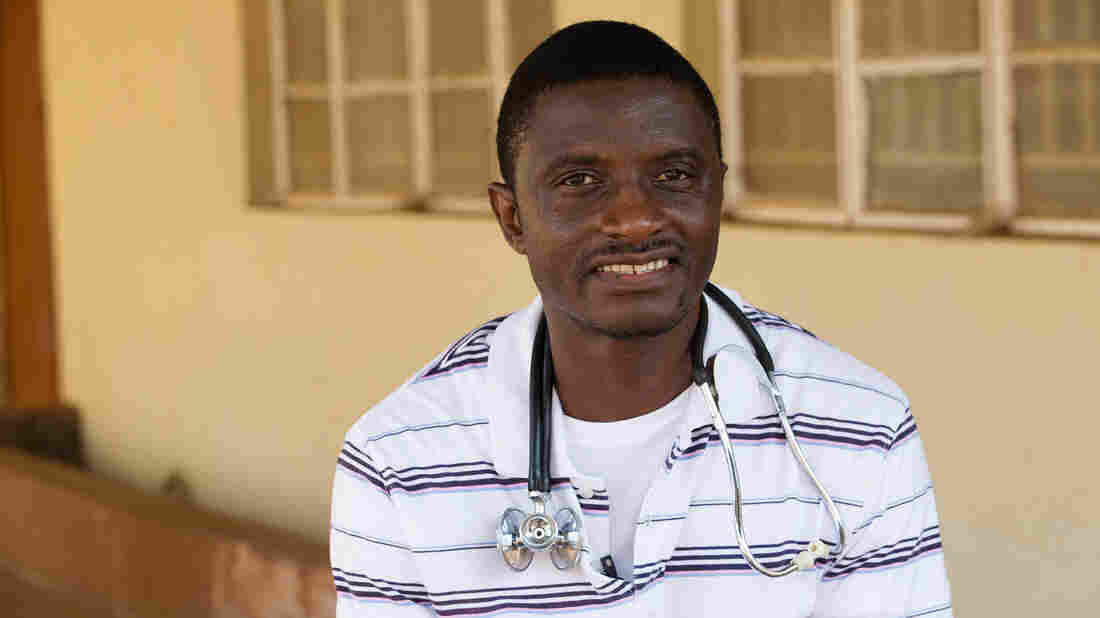 Dr. Martin Salia, shown in April, died today after being diagnosed with Ebola. He's being hailed in his native Sierra Leone as a "great hero." Mike DuBose/UMNS hide caption 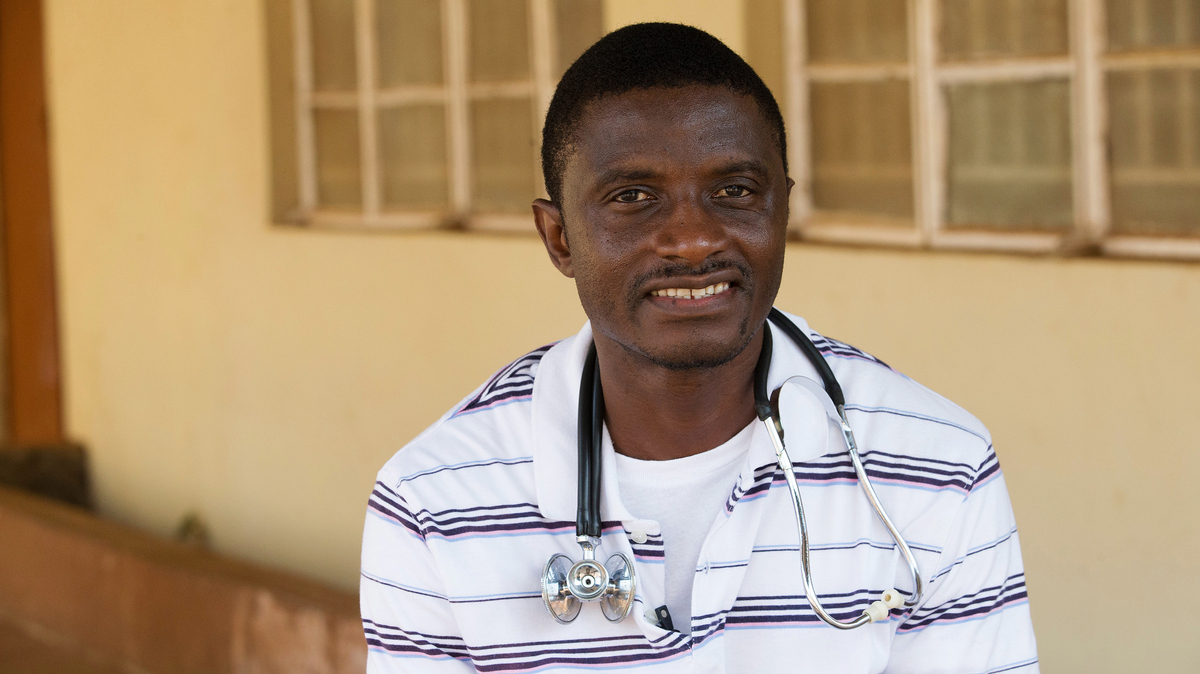 Dr. Martin Salia, shown in April, died today after being diagnosed with Ebola. He's being hailed in his native Sierra Leone as a "great hero."

When word spread through Sierra Leone's capital that Dr. Martin Salia had died this morning, a throng of patients and colleagues rushed to the gate of one of the hospitals where he had worked to find out if it was really true.

"People were crying, people were wailing, they were shouting. Some of the staff who came around were rolling on the ground," says Leonard Gbloh, administrator of Freetown's Kissy United Methodist Hospital, who witnessed the scene. "We're in a state of shock. We are really mourning the death of a great hero."

In a country with precious few doctors — there were only 136 physicians to serve a population of 6 million before Ebola hit, and the disease has already claimed five of them — Salia's death is being met with dismay and disbelief. 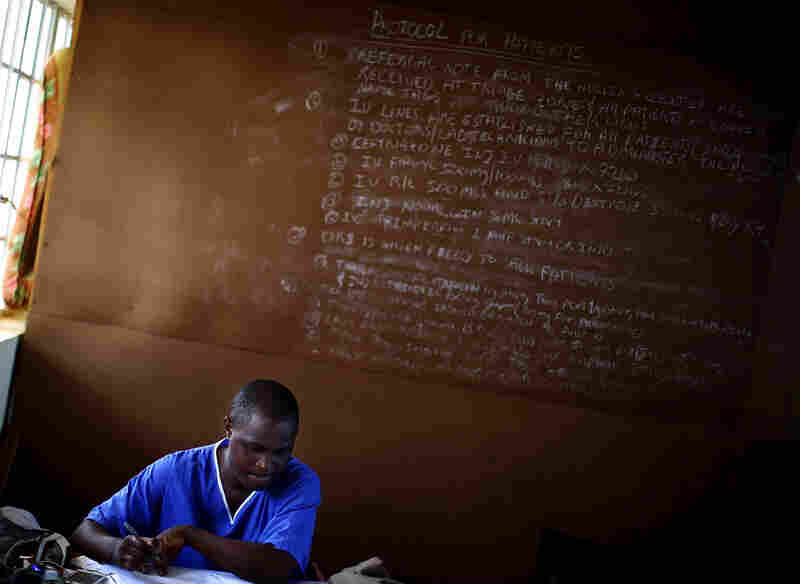 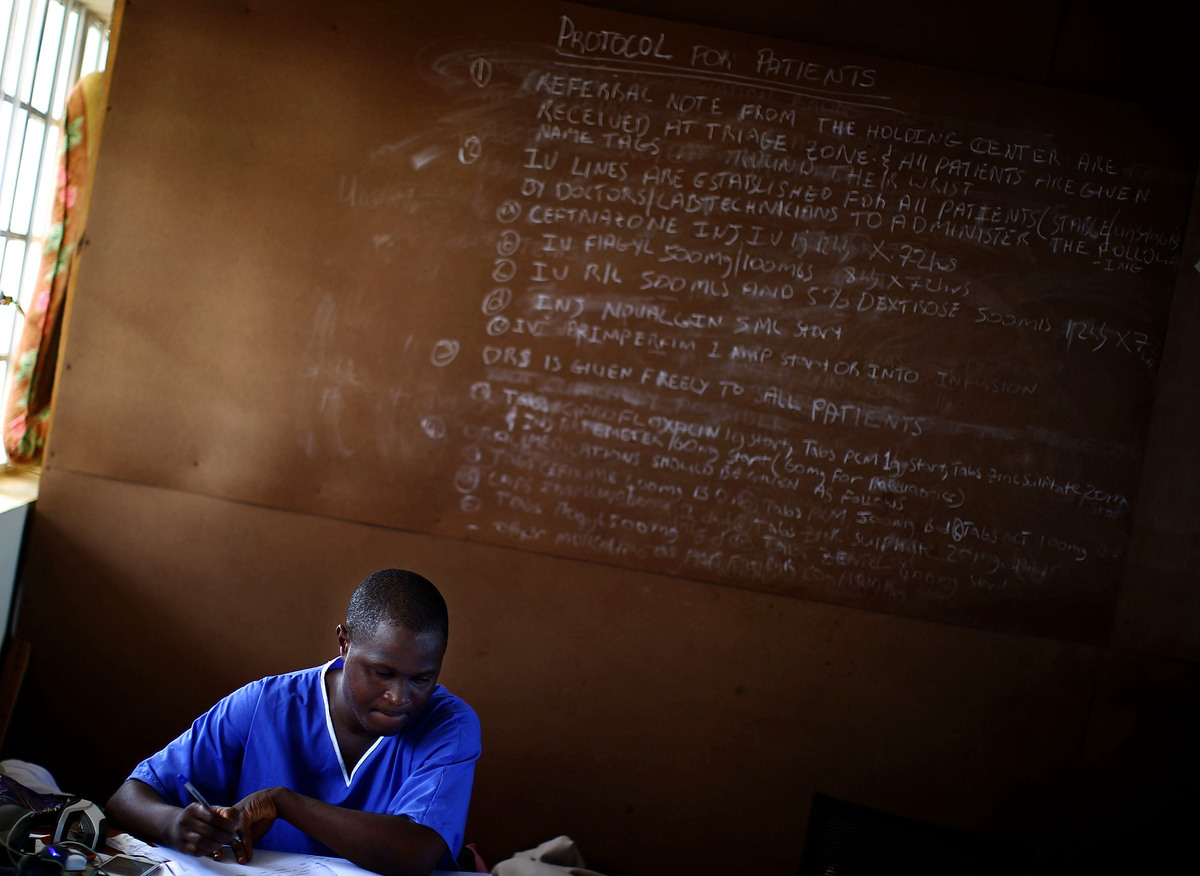 Dr. Komba Songu-Mbriwa works at the Ebola center in Freetown, where Salia was initially treated.

The shock has been all the greater because of reports that Salia had been in relatively good condition before he left Sierra Leone for the University of Nebraska Medical Center, where he arrived on Saturday. The doctor was able to walk to the ambulance waiting to take him to the medevac plane, says Dr. Komba Songu-Mbriwa, lead clinician at the Hastings Ebola Treatment Center in Freetown, where Salia was initially cared for. He climbed in without assistance and even carried his documentation papers. "He was pretty stable," says Songu-Mbriwa.

There was also the perception that Salia, who is a legal permanent resident of the U.S. and whose wife and two children live in Maryland, was en route to the best possible care.

"When we're talking effective treatment, medical treatment, we think the U.S. comes first," said Gbloh. "Cases that will go to the U.S. we are always pretty sure that the patient is going to make it. We thought that he was going to come back."

But the doctors who cared for Salia in Nebraska said that by the time his plane touched down on U.S. soil, after 16 1/2 hours in the air, he was critically ill. They said he had lost kidney function, was working hard to breathe and was unresponsive. He was treated with the experimental Ebola drug ZMapp and also received a blood plasma transfusion from an Ebola survivor.

The impact of Salia's illness on Freetown's fragile health system has already been felt. Salia was both the medical director of Kissy Hospital and the only full-time doctor. As the only person qualified to perform surgery, he worked on cases ranging from appendicitis to difficult births there and at two other hospitals in the city. At another of the facilities where Salia worked — Connaught Hospital — he often performed surgery for free. Gbloh said it will be hard to replace him. After Ebola hit, surgery was suspended at Kissy Hospital. Since Salia's infection the hospital has, as a precaution, suspended even non-surgical care for 21 days, the incubation period for the virus.

Ebola is surging in Freetown, and even health workers like Salia, who work at regular hospitals rather than at Ebola treatment centers, can unwittingly end up treating a patient who has the disease. As far as his colleagues are aware he did not come in contact with a patient who had been diagnosed with Ebola, yet patients he treated could have been infected. That only underscores just how risky it is to practice medicine in Sierra Leone today.