Accessibility links
An NPR Photographer Looks Ebola In The Eye : Goats and Soda Baby Sesay was in a care center in a village in Sierra Leone, waiting to find out if she had Ebola. Our photographer took a picture. Two days later, she was gone.

An NPR Photographer Looks Ebola In The Eye

An NPR Photographer Looks Ebola In The Eye 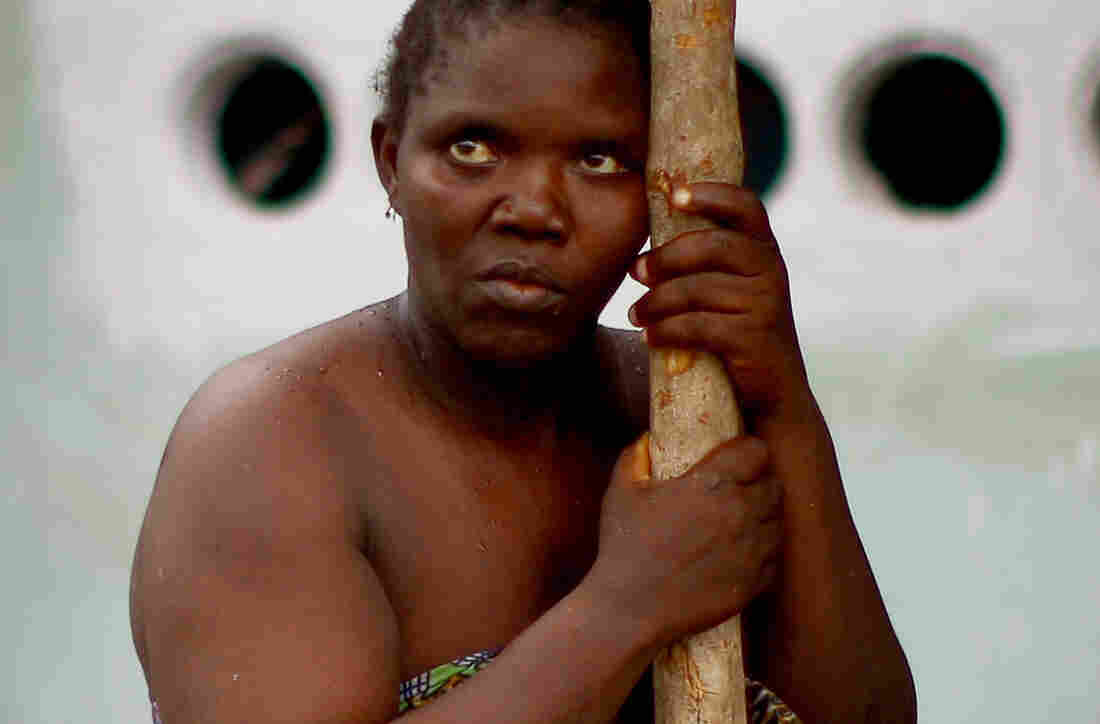 Baby Sesay, a traditional healer in Sierra Leone, treated a child who later died, apparently of Ebola, and then became sick herself and went to a care center. As this photo was taken, her body seized up and she nearly collapsed. David P Gilkey/NPR hide caption 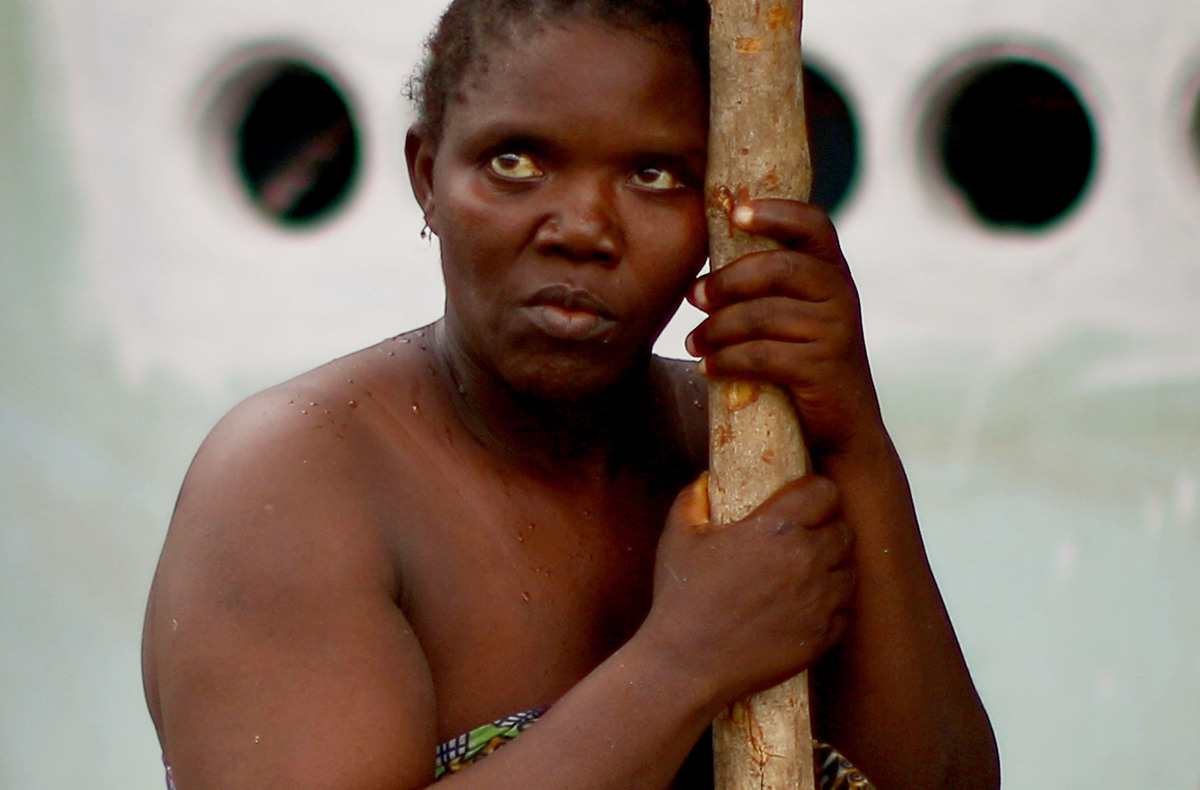 Baby Sesay, a traditional healer in Sierra Leone, treated a child who later died, apparently of Ebola, and then became sick herself and went to a care center. As this photo was taken, her body seized up and she nearly collapsed.

Her eyes met the camera. She was there. And yet she wasn't there.

That's how NPR photographer David Gilkey remembers the moment last Saturday when he took a picture of Baby Sesay, a 45-year-old traditional healer in the village of Royail in Sierra Leone.

Sesay had tried to cure a sick little boy. The boy died, likely of Ebola. Then Sesay herself fell ill. She had come to a community care center a few hours earlier, walking in under her own power, to be tested for the virus.

The man who runs the center called her out to talk with Gilkey and NPR correspondent Nurith Aizenman. Standing behind two rows of fencing, Sesay moved slowly but otherwise seemed OK. Gilkey was standing about 15 feet away.

What were you feeling when you took that photograph?

She's staring right toward me, but her eyes clearly are looking somewhere else. One of the weird things in covering Ebola in Liberia and Sierra Leone is that you don't see a lot of suspected cases. This was really someone who had Ebola staring you right in the eye.

And that was very unusual.

Why don't you see a lot of suspected cases?

When they're at a point when they've fallen that ill, you don't have access to them. Normally they're either at home or behind tarp fencing at a holding facility. There was a little tiny break in the fence, and she happened to be standing there. We just happened to walk up to the wrong place at the wrong time, if you want to call it that.

Did you ever think maybe you shouldn't be taking her picture?

I only took a few pictures. I guess I felt sort of ... I don't how to describe it. I felt like I wanted her to not be standing there. 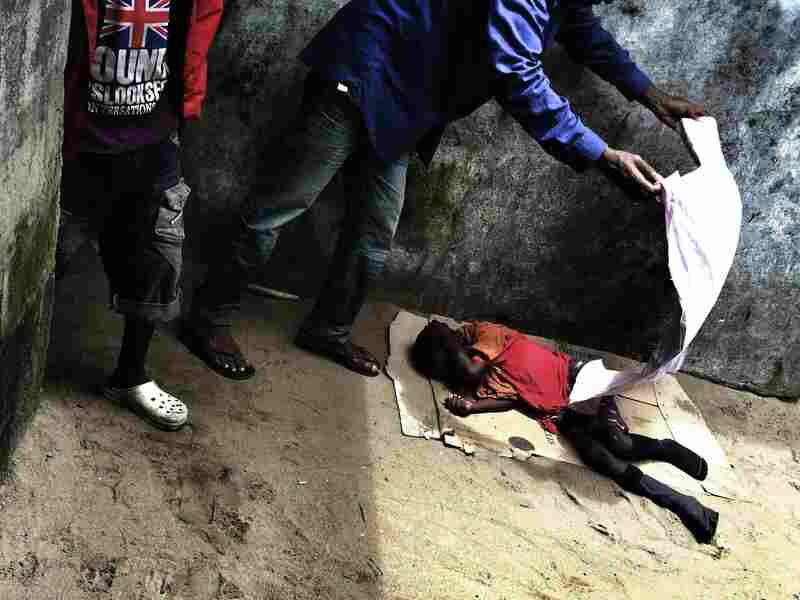 Ten-year-old Saah Exco was found on a beach in Liberia's West Point slum, abandoned and naked, a likely Ebola victim. Our photographer made a picture and hoped the child would recover. A day later, the boy died. David Gilkey/NPR hide caption 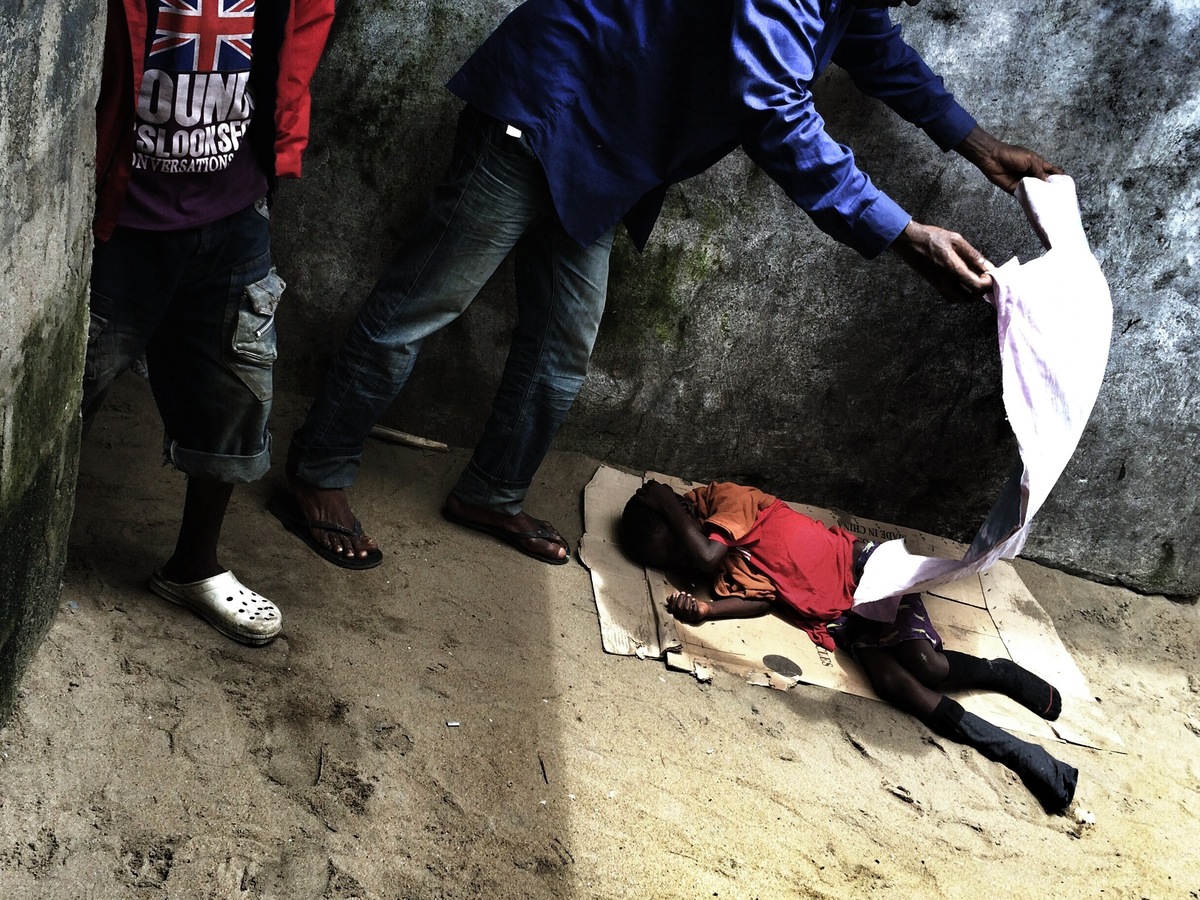 Ten-year-old Saah Exco was found on a beach in Liberia's West Point slum, abandoned and naked, a likely Ebola victim. Our photographer made a picture and hoped the child would recover. A day later, the boy died.

But I also feel like, look, this is what Ebola does to you, and this is something that maybe we need to see. We see survivor pictures. We see the dead. But very rarely do you see someone clearly being affected by Ebola.

Did you think she was going to die?

We all felt like she was in a place where there was at least a possibility she was going to get help. You always leave [these situations] with hope that people are going to be OK. But 48 hours later, Ebola got her. This is the second time this has happened [in covering Ebola]. In Liberia, I photographed a little boy and found out a day later he had died.

Are you sorry you took the picture?

Look, I just feel horrible that that was the outcome. I don't regret taking the picture. I feel it's important for people to see what's going on in Sierra Leone. And right now Ebola is really surging in the capital and the rural areas to the north.

In the NPR report that aired this week, Baby Sesay said, "My body weak, I have a headache." Then her body grew rigid, her hands locked on a pole, her eyes were wide and frozen, she was breathing heavily.

The poor woman's about to collapse. The natural response is to jump over the fence and give her a hand, and yet you just can't do that. You really feel helpless here on a lot of levels. We did immediately cut the interview short and urged the man running the facility to tell her to go back inside and lie down.

Have there been other assignments where you photographed someone who died soon after?

Yes, in military situations. But not in a way where it seems so personal. Because she was staring at me.