Accessibility links
A Bus Isn't The Only Thing That Can Be Powered By Poop : Goats and Soda Human waste can help things grow and even cook your dinner. It might sound gross, but don't worry, the odor has been removed. Plus: It's good for the environment! 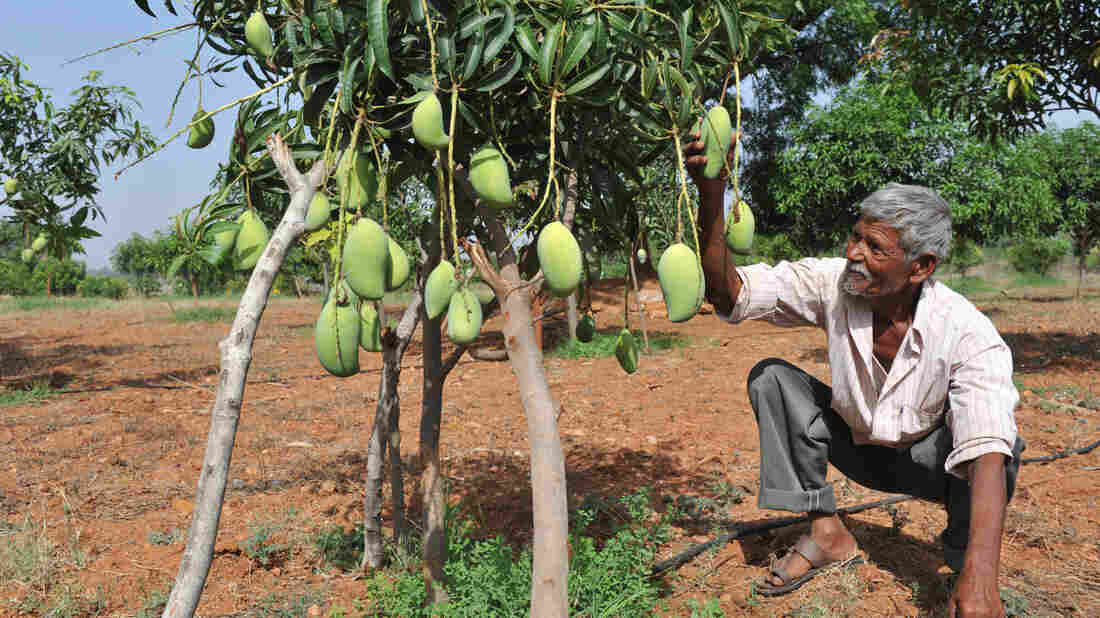 Mango trees would be grateful for the nutrients in human poop. Noah Seelam/AFP/Getty Images hide caption 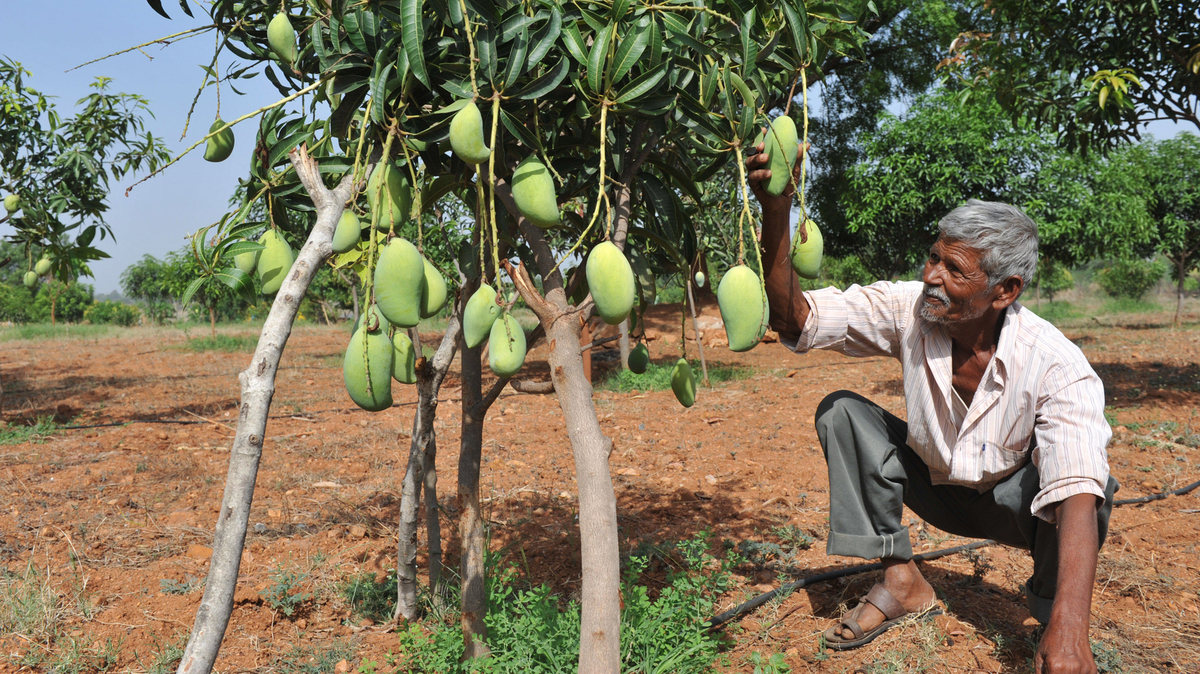 Mango trees would be grateful for the nutrients in human poop.

What can you do with human waste? Besides flushing it?

That's a question that came to mind when we read about the United Kingdom's first-ever "Bio-bus." It's a tour bus that runs between the cities of Bristol and Bath. The tank is filled with biomethane gas generated from food waste and human excrement.

And it turns out that the bus isn't the only example of poo power.

In Kenya, for example, the 3.1 million residents of Nairobi generate almost 4 million tons of fecal matter a year, says Ani Vallabhaneni, co-founder of Sanergy. The Nairobi-based nonprofit has grabbed multiple global development awards for manufacturing low-cost toilets and also for devising a way to turn waste into a thriving business in the city's slums.

That's right — Sanergy made poop a profitable commodity by treating it and turning it into fertilizer, then selling it to farmers throughout East Africa. The profits go back to the workers they employ.

The lack of sanitation in Kenya causes health problems, and that ends up costing the government money, says Vallabhaneni. "But if we can convert this cost and this environmental liability into something that can actually generate revenue or offset other problems, then that's a win-win."

Here are a few examples of how poo — and pee as well — have been turned to power.

Our waste contains a lot of nutrients that our body didn't process. So farmers in developing countries often use human waste to fertilize fruits and vegetables. Enter the Arborloo. In Ethiopia, Catholic Relief Services is discouraging people from defecating in the open and encouraging them to use this simple pit latrine with a concrete slab to squat over. The waste falls into the pit. The families cover it with soil and ash to mask the smell. When the pit is full, they can drop in seeds to grow mango trees.

The words "kitchen" and "poop" don't usually fall in the same sentence. But a Netherlands-based nonprofit called SNV has been promoting charcoal briquettes made of human waste in Ghana. The small pieces can be used as cooking fuel in place of firewood, helping preserve trees in addition to putting poo to good use.

Electricity is always in high demand. But in developing countries, it's often in short supply. That's where the pee-powered generator comes in. Developed in Nigeria by a group of teenage girls in Lagos, the generator can produce six hours of electricity from roughly a quart of urine. The generator, which was first displayed in 2012 at a Maker Faire Africa exhibit, separates hydrogen gas from the urine to generate electricity. It's based on the work of an Ohio University scientist named Gerardine Botte.

According to Botte, poop isn't the only thing that can power a vehicle. Her dream: a pee-powered car that could get 60 mpg.