Accessibility links
Ebola Is Changing Course In Liberia. Will The U.S. Military Adapt? : Goats and Soda The U.S. had planned to build 17 treatment units across Liberia, one in each county's major town. Now that more cases are appearing in remote areas, the Army may need to rethink its strategy. 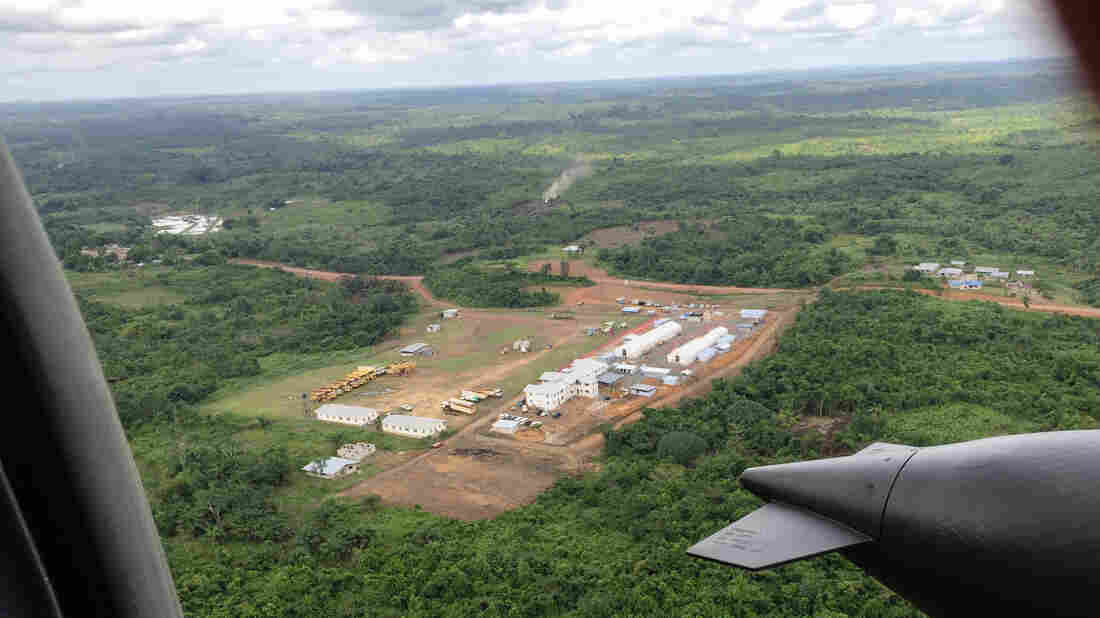 A helicopter's eye view of a new ETU, funded by USAID and built by Save the Children. Kelly McEvers/NPR hide caption 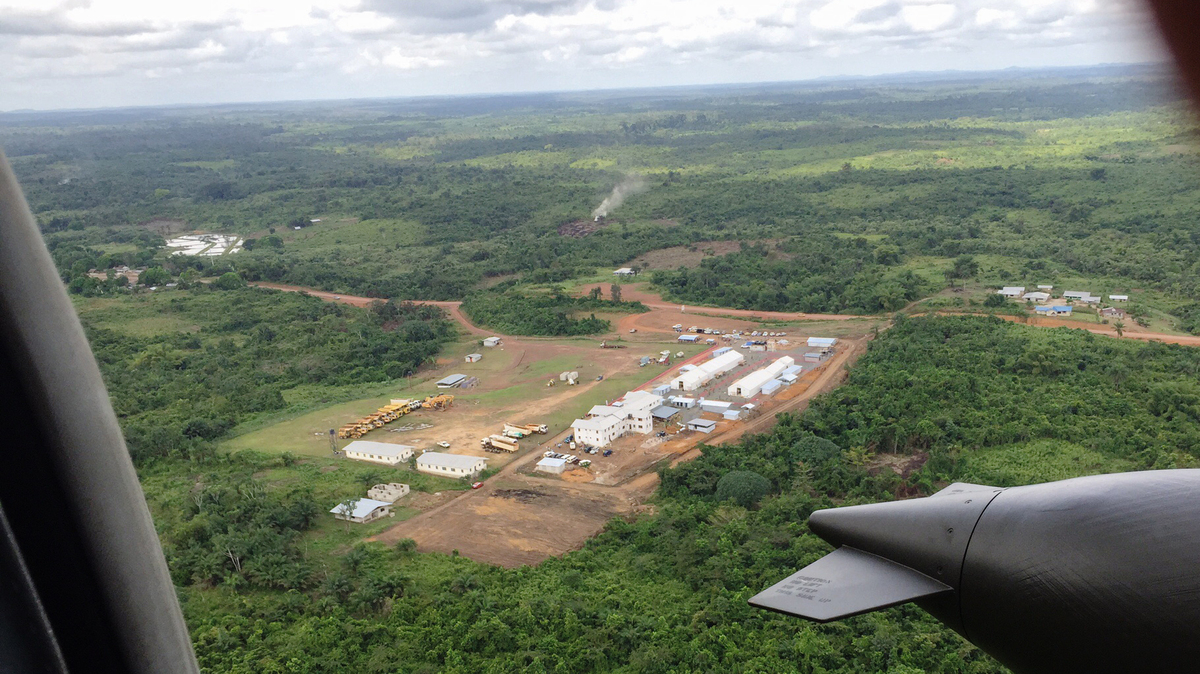 A helicopter's eye view of a new ETU, funded by USAID and built by Save the Children.

The Ebola outbreak started in rural areas, but by June it had reached Liberia's capital, Monrovia.

By August, the number of people contracting the Ebola virus in the country was doubling every week. The Liberian government and aid workers begged for help.

Enter the U.S. military, who along with other U.S. agencies had a clear plan in mid-September to build more Ebola treatment units, or ETUs. At least one would be built in the major town of each of Liberia's 15 counties. That way, sick patients in those counties wouldn't bring more Ebola to the capital.

Can The U.S. Military Turn The Tide In The Ebola Outbreak?

But it's taken a long time to build these ETUs; most won't be done until the end of the year. And now the spread of Ebola changing — clusters are popping up in remote rural areas. So building a huge treatment center in each county's main town may no longer make sense.

Two hours outside the capital, the Army's 36th Engineer Brigade just finished erecting an ETU last week. Lt. Abraham Richardson shows me around, first giving me a tour of the triage building where all patients will arrive. Then he leads me to four giant white tents inside what health workers call the "hot zone."

"That's where all the confirmed cases will be," Richardson says. Each tent will house about 25 patients.

This is what the military is good at: landing in a place they've never been and building stuff. But some say the size of the ETUs is a problem.

Because it's taken so long to build the centers, their relatively large size is no longer useful, says Dr. Darin Portnoy, who's with Doctors Without Borders. He's just finished caring for two sick children at one of the organization's original ETUs back in Monrovia.

"ETUs are not needed right now at the same level," he says. "Right now the construction should be scaled down — fewer beds."

"Take the amazing capacity that has been brought to bear and direct [it] elsewhere," he adds.

By elsewhere, Portnoy means remote rural areas, where, sometimes, the only way to reach people is by walking for hours or taking a canoe. He says big international donors should support so-called rapid response teams that go out, find those hard-to-reach people and set up small treatment centers where they actually live.

"Just because you have a plan ... doesn't mean you have to continue on that plan," he says.

The U.S. has started to scale down its plan, building only 15 ETUs instead of the 17 originally planned. Some ETUs will now have 50 beds instead of 100. And instead of sending 4,000 troops to West Africa to build facilities and train health workers, the military says that number will now be closer to 3,000. 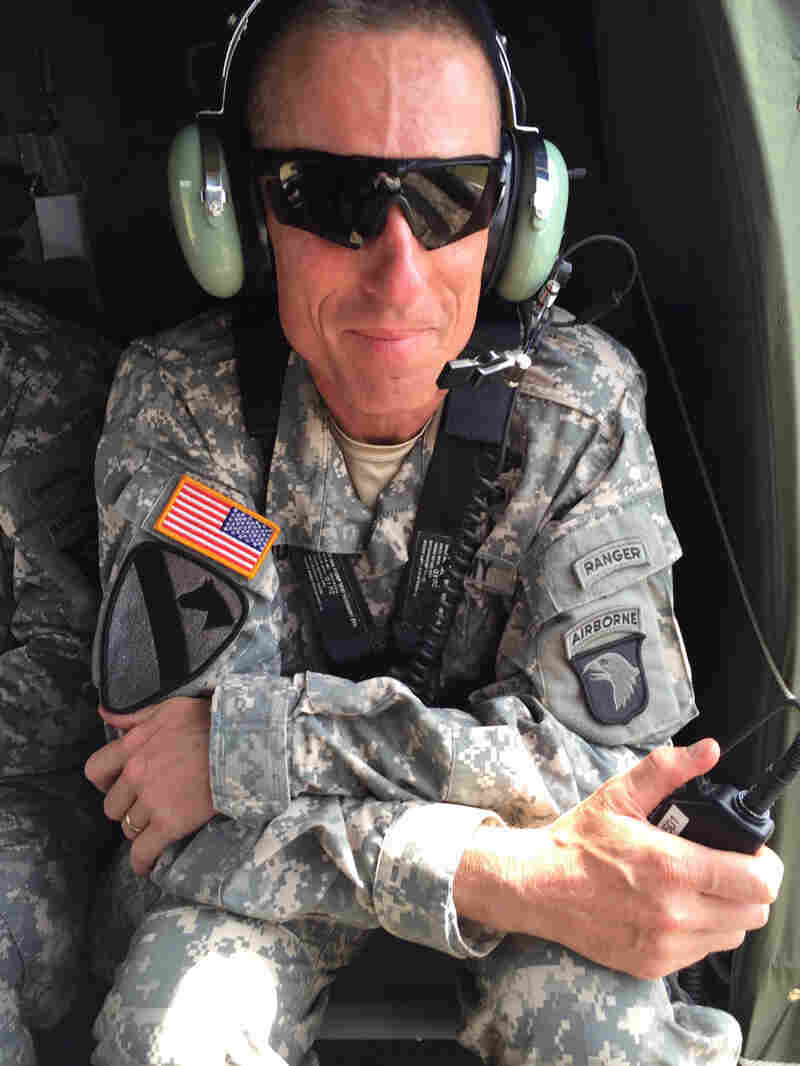 Maj. Gen. Gary Volesky, who commands U.S. forces in Liberia, wants to be sure the military has an exit plan. Kelly McEvers/NPR hide caption 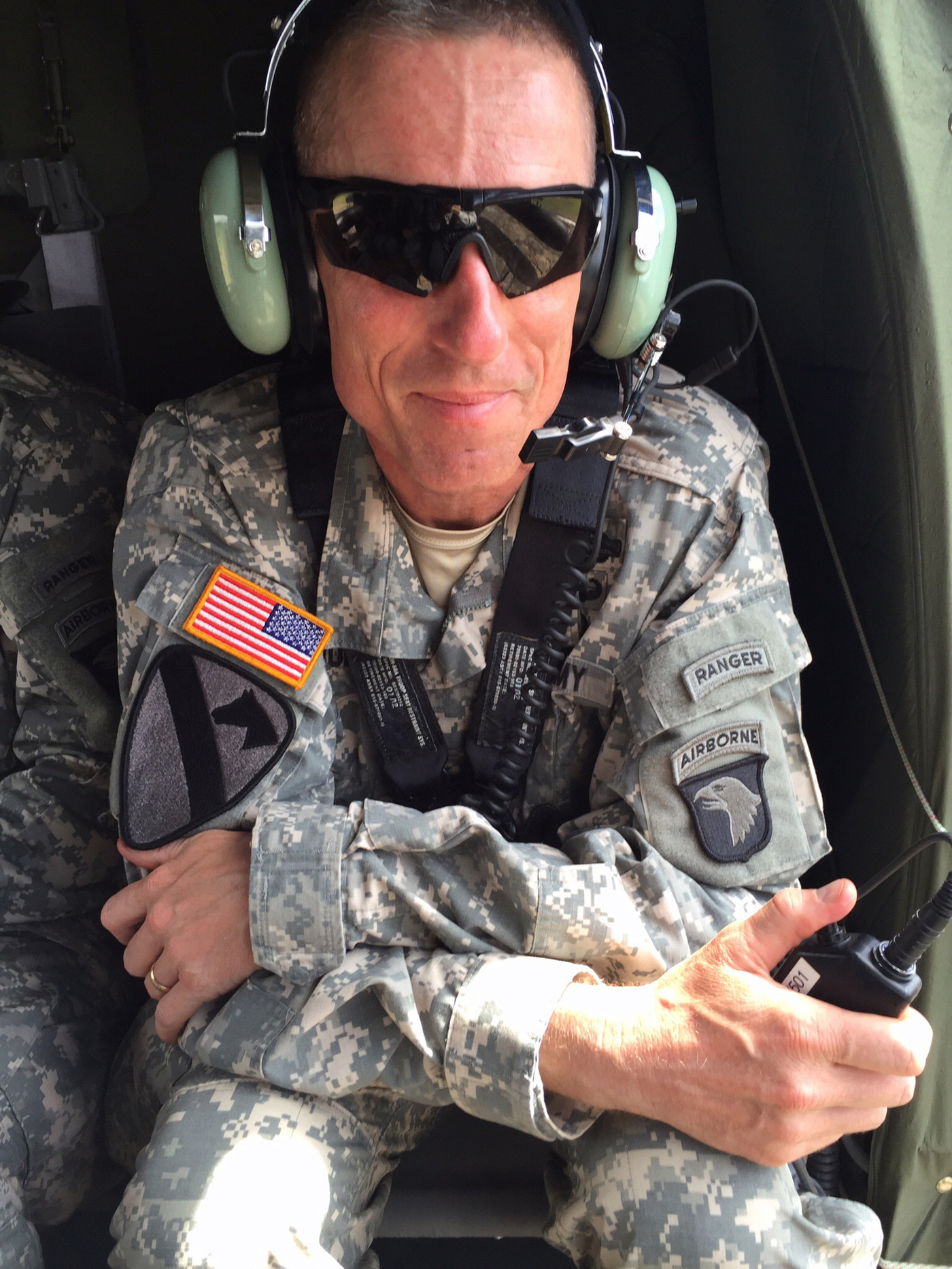 Maj. Gen. Gary Volesky, who commands U.S. forces in Liberia, wants to be sure the military has an exit plan.

The military is also helping to locate Ebola cases in remote areas. Just last week, says Maj. Gen. Gary Volesky, who commands the U.S. forces in Liberia, the military gave a team of epidemiologists a ride in a helicopter to a remote village north of the capital to find Ebola victims.

But Volesky says he wants to know the military has an exit plan, and that someone else will take over the jobs that the U.S. troops have been doing.

A few hours north of the capital, at one of the busiest ETUs in Liberia, custodian John Jameson shows us the burial ground full of fresh mounds of dirt. "Three, four, five burials a day," he says.

The ones buried here were those who could make it to the ETU. Health officials say many more people are getting sick and dying in remote rural areas, which means Ebola will keep spreading.