Accessibility links
Your Odds Of Surviving Cancer Depend Very Much On Where You Live : Goats and Soda The largest study of cancer patients reveals a huge gulf in survival rates around the world. And in some countries, there may only be one cancer doctor for the entire population. 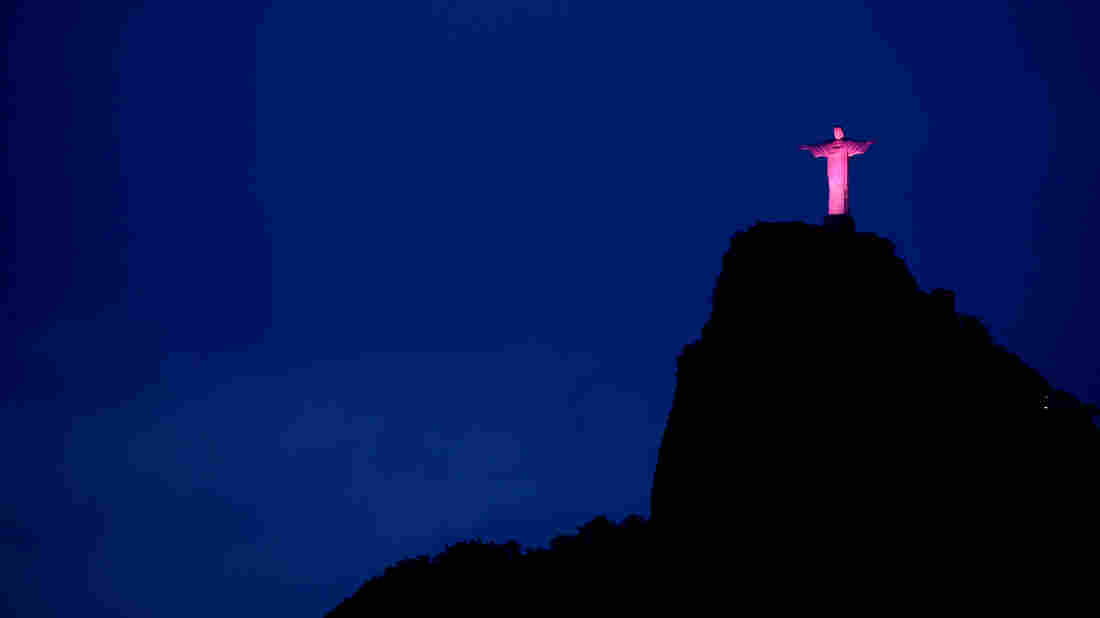 Brazil's Christ the Redeemer statue is lit up in pink as part of a campaign for breast cancer awareness. The country's survival rate for the disease is improving. Felipe Dana/AP hide caption 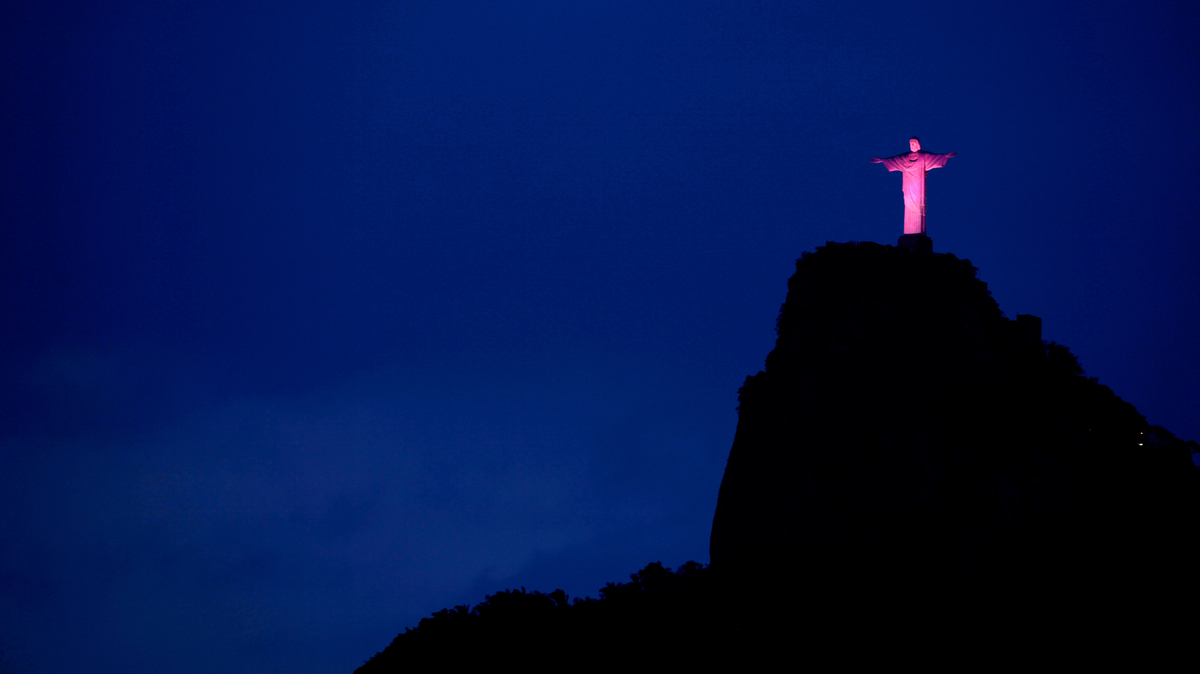 Brazil's Christ the Redeemer statue is lit up in pink as part of a campaign for breast cancer awareness. The country's survival rate for the disease is improving.

In the United States, 9 out of 10 kids diagnosed with acute lymphoblastic leukemia will live. In Jordan, the survival rate is 16 percent.

And while cervical cancer patients have a five-year survival rate of over 70 percent in countries like Mauritius and Norway, the rate in Libya is under 40 percent.

That's the sobering news from the largest cancer study ever published. It surveyed more than 25.7 million patients and reveals a huge gulf in cancer survival worldwide.

But there's good news as well. "In most countries, survival from some of the commonest cancers has been improving," says Dr. Michel Coleman from the London School of Hygiene and Tropical Medicine, one of the study's authors.

The reason that some countries lag behind is not surprising; it's a matter of how much is invested in cancer care. Dr. Corey Casper, head of global oncology at the Fred Hutchinson Cancer Research Center in Seattle, met a doctor in Uganda a few years ago who was then seeing 10,000 patients a year "in a facility that had ... no roof, inconsistent electricity and no meds." What's more, says Casper, he was the only cancer doctor in Uganda and four surrounding countries.

Cultural barriers can also interfere with the diagnosis and treatment of cancer. Uganda has 57 tribes, each with a different language. Many tribes don't even have a word for cancer, Casper says. So people may go a very long time before they realize they have a problem. When they do seek care, it's usually too late.

"More than 75 percent of the patients who come to the cancer institute in Uganda come with stage 3 or stage 4 cancer," Casper says.

But it's not all doom and gloom. Uganda is opening a $10 million cancer center next month in the capital, Kampala, with help from USAID and the Fred Hutchinson center. Smaller centers have sprung up elsewhere in Africa, in Latin America and in southeast Asia.

Yet as the study makes clear, there is still much work to be done — and the scope isn't fully known. There are countries where we have no idea how many people die from a certain cancer because there just aren't good data.