Accessibility links
Startling Statistic: Only 8 Patients In Largest Ebola Hospital : Goats and Soda The hospital in Liberia was erected this summer in a field. It has 250 beds. It was full as recently as October. Now it is nearly empty.

Sometimes you stumble across statistics that just scream at you. I was looking this week through some reports on the Liberian Ministry of Health's website. The screaming statistic was an "8" listed as the number of people "currently in treatment" at the ELWA 3 Ebola treatment unit run by Doctors Without Borders in Monrovia.

That couldn't possibly be right, I thought. ELWA 3 is the largest Ebola hospital ever built, with 250 beds. I was at the site when it was being built in August, and later when it was full.

It's a massive complex, covering what used to be a huge empty field on the grounds of a missionary hospital. It's hard to get a sense of how big it is while you're walking amid the long white tents holding Ebola patients and suspected cases.

In August, ELWA3's size seemed depressing. The fact that such a large hospital was needed was an indication of how out of control the outbreak was.

As the wards were being erected behind her, Lindis Hurum, emergency coordinator for Doctors Without Borders in Monrovia, told me the outbreak was worsening every day.

"It (ELWA3) is going to be the biggest unit ever by MSF, and the reality is that we think that that will not be enough," she predicted. 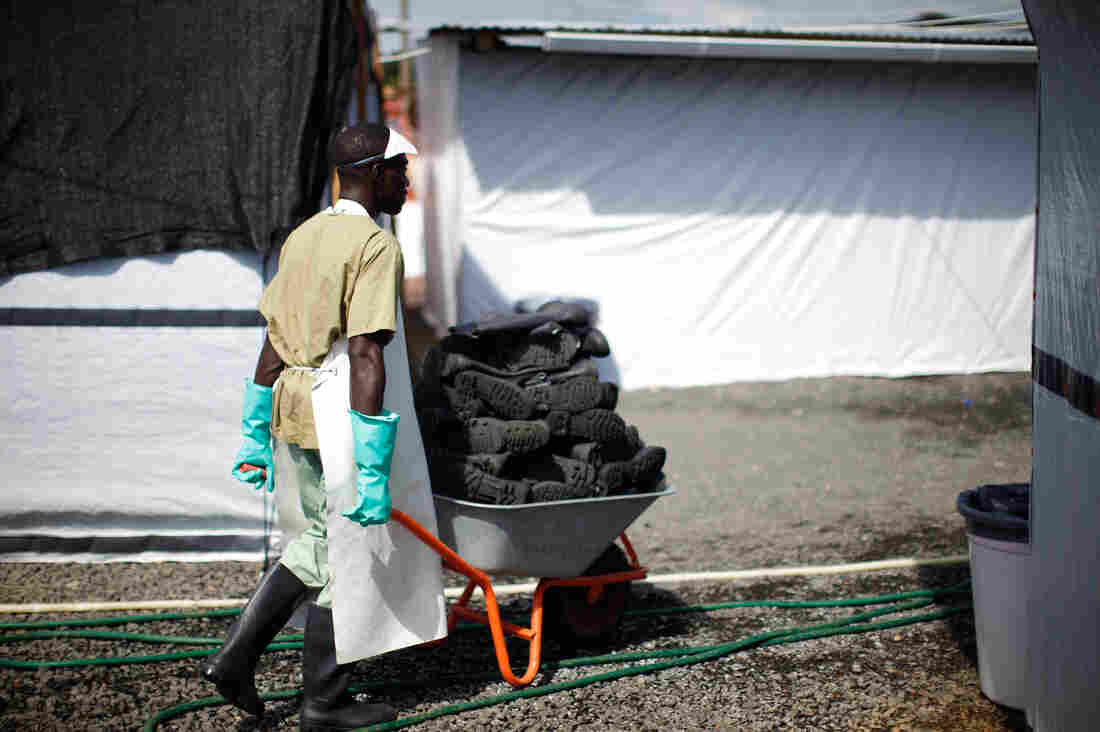 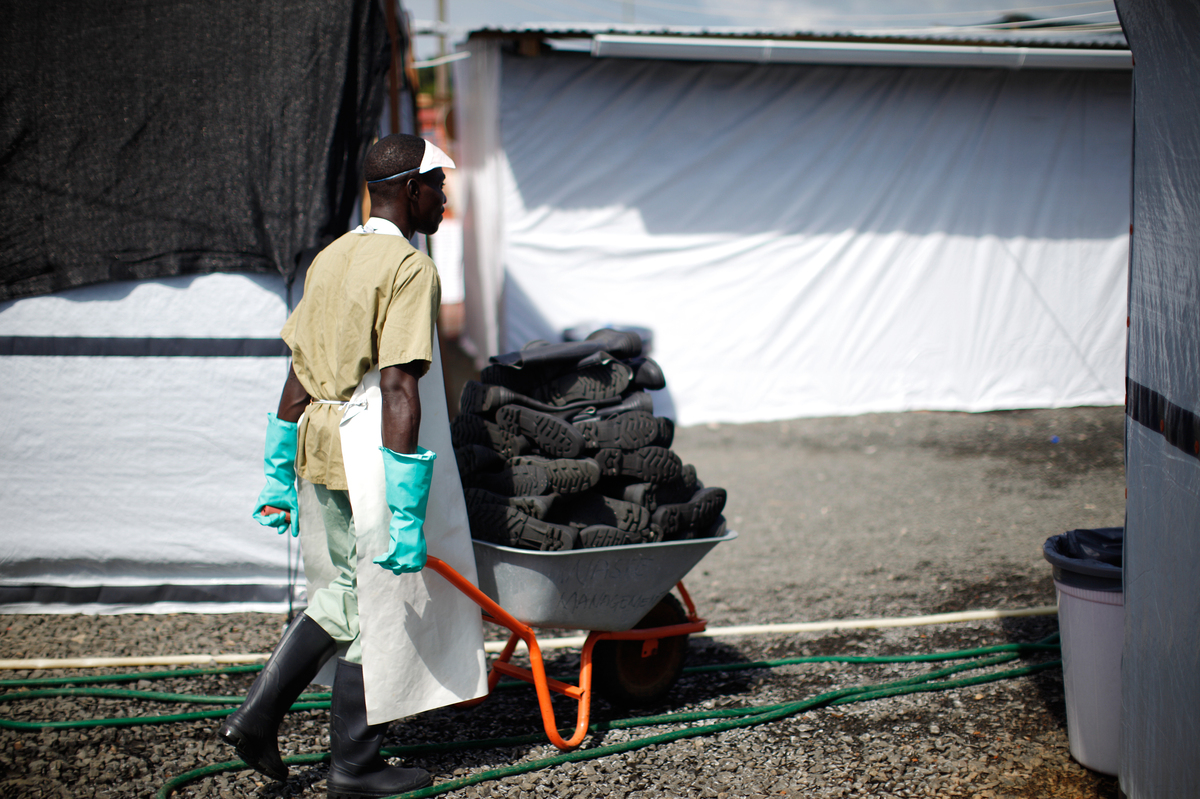 At first it seemed she was right. ELWA3 opened originally with 120 beds, then quickly expanded to 250. In September it seemed that even that wasn't enough. Staff members had to turn away suspected Ebola patients at the gate.

So to hear that the hospital's patient roster had dropped to just eight last week is great news.

A spokeswoman for Doctors Without Borders says the admissions fluctuate a lot, and the tally has since gone up from eight to 17. But still 17 Ebola patients is a far cry from 250.

Part of why that statistic of eight screams so loudly is that ELWA3 is now a sign of how dramatically the number of cases has come down in Liberia.

There's no denying that it was worth building the 250-bed hospital. It got all of those people out of circulation, so they couldn't spread the virus to others.

But now the international response once again seems out of step with epidemic. On the same day that ELWA3 had more than 200 empty beds last week, the Chinese government opened a brand new 100 bed Ebola treatment unit just down the street.