Accessibility links
Alleged Rape Of Passenger Raises Concerns About How Uber Runs Abroad : Goats and Soda A passenger in an Uber car in New Delhi reported that the driver raped her. As the company expands into the developing world, questions about the screening of its drivers are being raised. 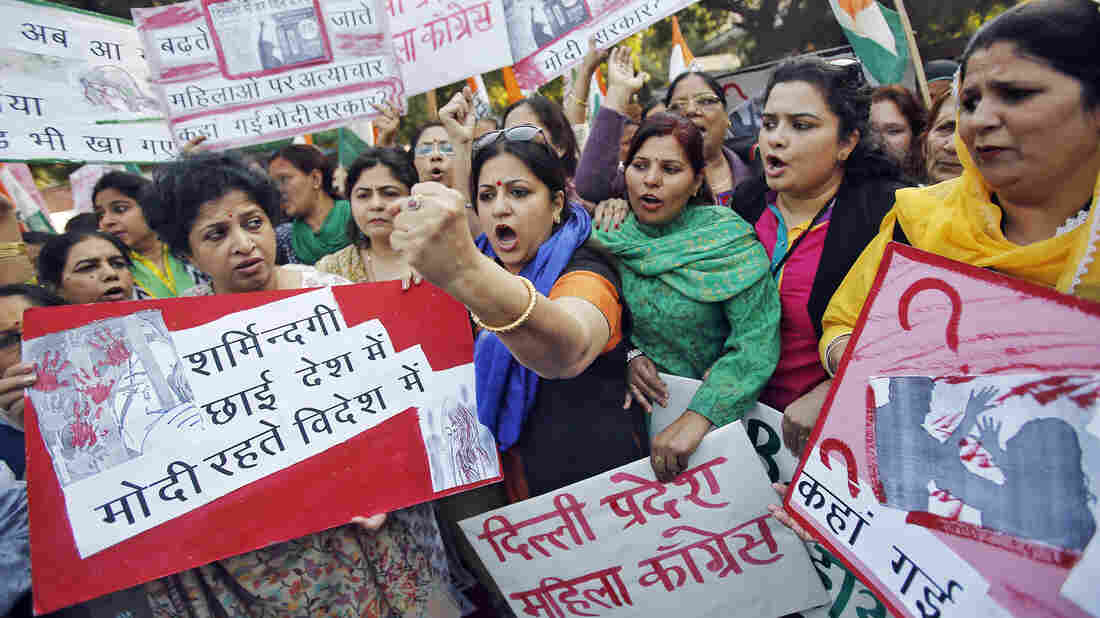 After a woman reported that she was raped by an Uber driver in New Delhi, protesters gathered outside a police station. Anindito Mukherjee /Reuters /Landov hide caption 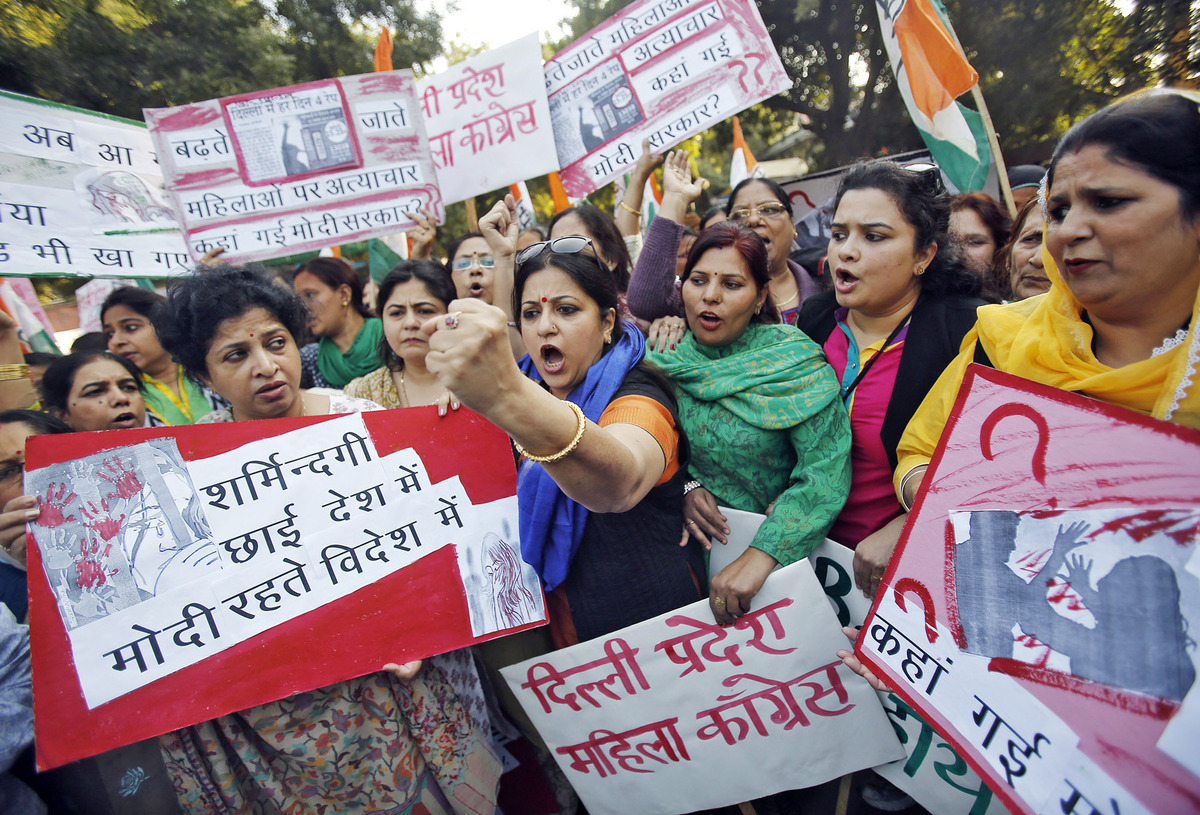 After a woman reported that she was raped by an Uber driver in New Delhi, protesters gathered outside a police station.

Uber is making headlines for all the wrong reasons.

The ridesharing service, which is based in San Francisco, has been expanding around the world, into both the rich countries of the West and low-income countries like India, Colombia and Vietnam. This past week, one of its drivers in New Delhi was accused of raping a 27-year-old female passenger. The episode generated protests on the streets and online — and raised serious questions about how the popular company operates in the developing world. Delhi has responded by banning Uber.

The question in India, raised on placards held by protesters outside the police station where the suspect is being held: "Whose responsibility is it to monitor that car service?" Should Uber police itself or does the local government need to step in?

Uber Is Richer Than Ever, But The Company Still Isn't Playing Nice Dec. 4, 2014

Uber has stringent screening for drivers in the U.S, says Daniel Sperling, founding director of Institute of Transportation Studies at the University of California Davis. The San Francisco-based company requires both state and federal background checks going back seven years. Even a serious speeding ticket could be a red flag. The screening is often more stringent than that of regular taxi services, whose policies vary from city to city.

But in India, Uber didn't conduct its own background checks. Instead it relied on Delhi's system. And that's where the problems began.

According to newspaper accounts, the driver who reportedly raped his passenger is Shiv Kumar Yadav. He did carry an All India Tourist Permit, which is required for any commercial driver in India. To get the permit, an applicant needs a "driver's badge," issued by the state after a background check for criminal history, according to the Wall Street Journal.

Yet clearly, something went wrong. Yadav had been arrested on rape charges in 2011 but was acquitted. Nonetheless, he did have a criminal record: He was out on bail for three serious criminal cases, according to the New York Times. A tweet sent by Madhur Verma, New Delhi's deputy commissioner of police, stated that in May, the Transport Department issued Yadav's permit based on forged documents.

"In developing countries, the quality of transport regulations in general is lower than in the states — even government regulations, don't always work well," says Charles Kenny, a senior fellow at the Center for Global Development.

In an article that Kenny wrote for Bloomberg this week, he argues that the real problem in this case is the high rate of sexual assault in India: "25,000 rapes in 2012." These attacks have happened on various modes of public transport, including trains and in traditional Delhi taxis. Two years ago, a medical student was viciously gang raped on a New Delhi bus; the remembrance of this episode has fueled this week's fervor.

For now, public officials in New Delhi have banned Uber and other web-based taxi services, though there is dispute in India over whether the city's decision was motivated by the alleged rape or by the complaints from city taxi services about the competition from Uber.

It's not the first time Uber has been forbidden to operate in a city or country. This issue of Uber driver's operating without a commercial license led to an earlier ban in Frankfurt, Germany and a countrywide taxi strike in Colombia. This week, Thailand and Spain banned Uber, most likely because of concern from cab companies, says Sperling: "My sense is that it's the owners of the cab companies that are economically threatened and not the drivers because the drivers can easily switch over to being Uber drivers and make money on their own."

Despite the questions raised about safety and regulations, the incident in India does point up one way in which Uber is perhaps more accountable than traditional cab companies. Delhi police say the suspect didn't shut off his Uber app until after the incident, and Uber volunteered the GPS tracking data to authorities along with the driver's home address and vehicle info.

"That's a much higher level of knowledge than passengers have when they hail a cab off the street," Kenny wrote in his piece. "That knowledge base and Uber's willingness to cooperate swiftly with authorities are probably a more reliable deterrent to crime than the system of enhanced background checks now being considered by the New Delhi authorities."