Accessibility links
Medical Mystery: Why Did Ebola Pop Up In A Remote Mining District? : Goats and Soda Just over a week ago, officials in Sierra Leone noticed data suggesting an ominous trend: Ebola suddenly seemed to be spreading in Kono District, a land of towering mountains and muddy diamond mines. 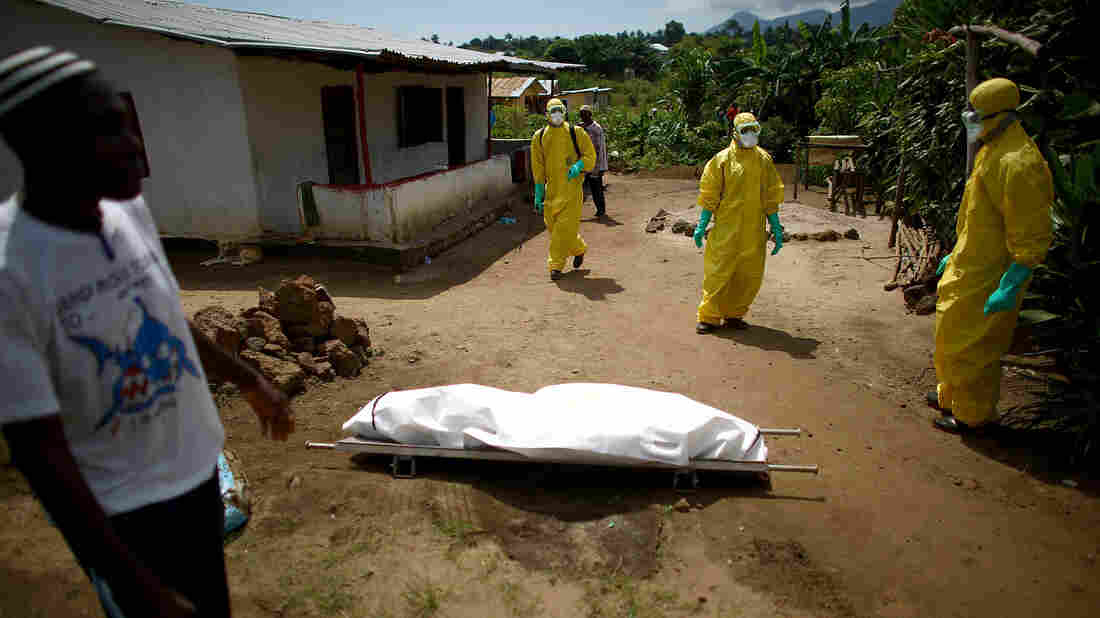 The authorities in Sierra Leone are coping with a raging Ebola epidemic in Freetown (above) yet they must also keep constant watch for Ebola hot spots that may crop up in the countryside. David Gilkey/NPR hide caption 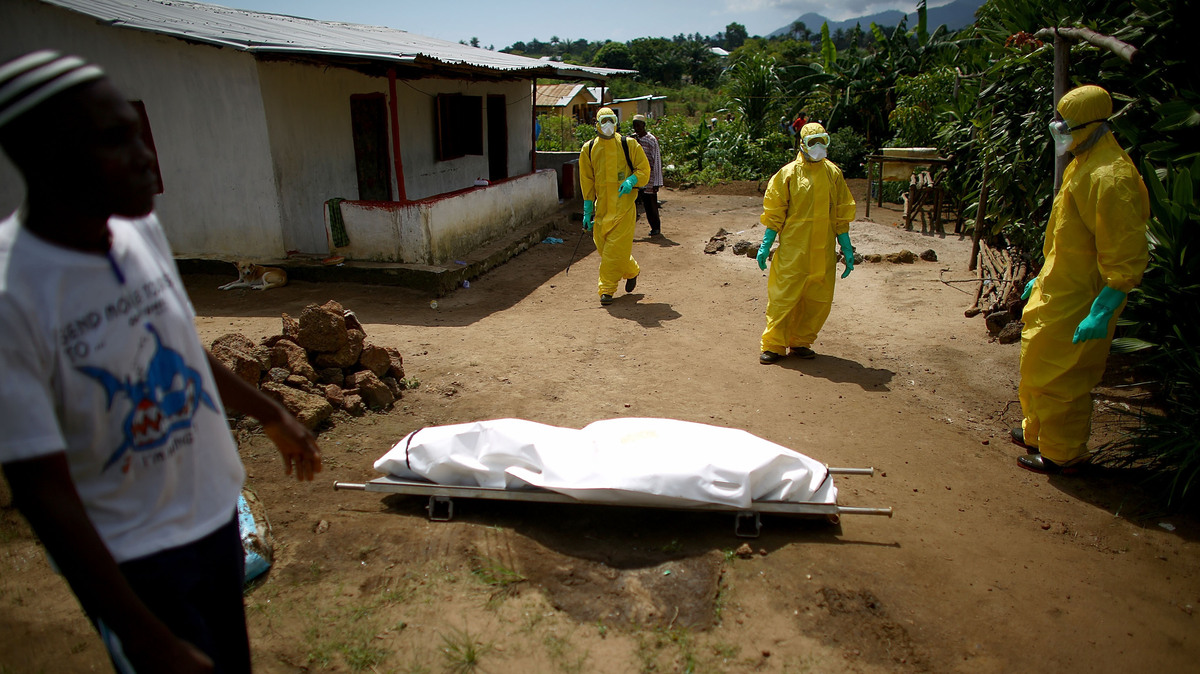 The authorities in Sierra Leone are coping with a raging Ebola epidemic in Freetown (above) yet they must also keep constant watch for Ebola hot spots that may crop up in the countryside.

No cars for the teams seeking Ebola cases. Not enough ambulances to get the sick to the hospital quickly. And no cups for patients to drink from.

That's how bad things have been in a remote Eastern district of Sierra Leone called Kono.

Kono District is a land of towering mountains and muddy diamond mines. It's right next to the region where the Ebola outbreak first started. Still, for a long time, it looked as if the virus was mostly bypassing the place.

Over the summer, there were just a handful of cases, says Winnie Romeril, the World Health Organization's spokeswoman in Sierra Leone. There were a few cases a week in September and October. "And then suddenly in November we noticed a rise in the number of cases," Romeril says.

The actual figures were still fairly low: a few dozen sick people at the district's only hospital. To date the total number of confirmed cases in Kono is just over 120. But the suddenness of the rise was ominous.

"We were analyzing these figures and scratching our heads and thinking well, we need to go see what's going on," she says.

Romeril was in a group of aid workers and government and international organization officials that arrived last Saturday. Their first stop was the hospital. They found it overwhelmed with desperately sick people. Dead bodies were piling up. As for the nurses: "You could see the toll that was taken on the staff. I mean they were, they were some of the most exhausted, depressed looking people I've ever seen," says Romeril.

The only good news was that the staff had enough protective suits, provided by the government in advance. Everything else was lacking — even cups. That's a serious problem because Ebola patients lose a lot of fluid. The key to survival is to drink large quantities of a solution of water mixed with oral re-hydration salts — called ORS for short.

"People who are so weak with the Ebola virus can't even pick up a one-liter bottle," Romeril says. "So you have to put it in a small cup for them to sip out of. And they didn't have small cups. They didn't even have pitchers to make up the ORS."

The staff also hadn't been trained on how to set up isolation zones.

"So they were actually carrying people who had died of Ebola to the morgue and passing the pregnancy ward, for example," she says. "And by the time we left there were already pregnant women dying."

Also among the dead: hospital workers. And it was likely that there were a lot more infected people in the community. But it was hard to say for sure. Michael N'Dolie is an expert on disease surveillance with the World Health Organization. When he arrived in Kono — just a few days before Romeril — he found that the teams who check reports of suspected Ebola patients had no cars or trucks.

"They only have motorbikes," he says. "In fact as I'm talking to you, it's still a challenge. We still do not have one vehicle for them."

Even when the team members do manage to reach homes of sick people, they can't then take the individual to the hospital on a motorbike. So they lose precious days trying to organize ambulance rides.

But what about all the money the international community has been pouring into Sierra Leone? How is it possible that there still aren't enough vehicles, or cups? One reason, says Romeril, is that the hot spots keep shifting from one part of the country to another.

"The resources have been diverted to areas that seemed much more needy at the moment, and then another area gets neglected," she explains. "And so even when a lot of resources have come in there are still more resources that are needed."

Kono, at least, is getting help. The World Health Organization and the government of Sierra Leone are now teaming up with non-governmental aid gropus to mobilize a rapid response. They're sending vehicles. The International Federation of the Red Cross is setting up a proper treatment center that should open within two weeks. So Romeril says there's reason to hope they can stamp out this particular brush fire.

Still, she says, the episode is one more reminder of the need for constant vigilance.