Accessibility links
Endless Ebola Epidemic? That's The 'Risk We Face Now,' CDC Says : Goats and Soda Dr. Thomas Frieden visits West Africa this week to assess the fight against Ebola. His goal? Figure out how to keep the disease from turning into a permanent problem. 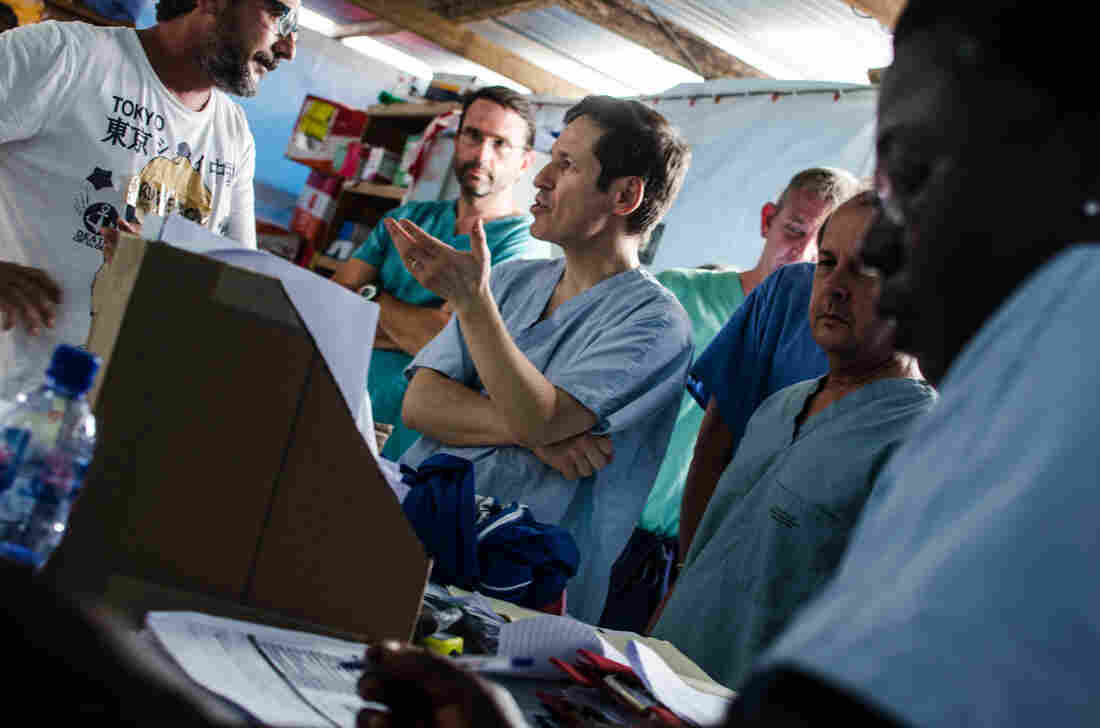 Dr. Thomas Frieden, director of the U.S. Centers for Disease Control and Prevention, talks with Doctors Without Borders staff during a visit in August to an Ebola treatment center in Monrovia, Liberia. Tommy Trenchard for NPR hide caption 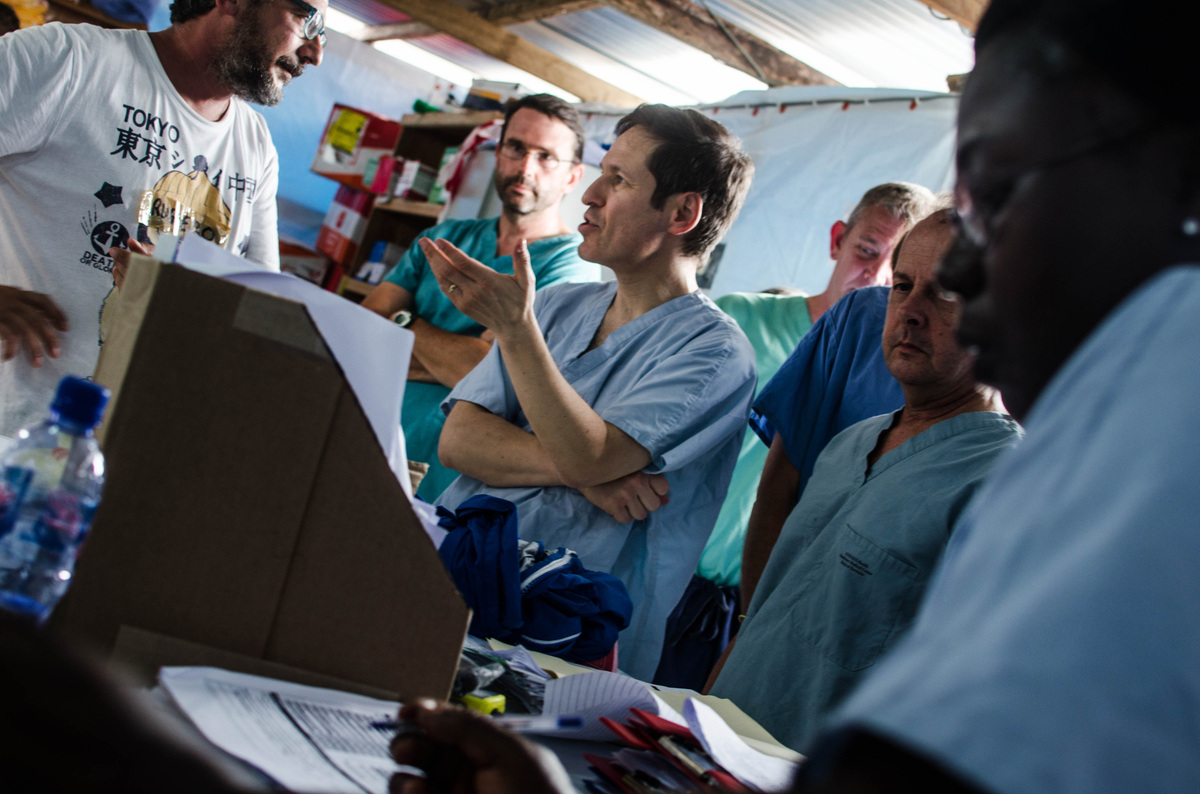 Dr. Thomas Frieden, director of the U.S. Centers for Disease Control and Prevention, talks with Doctors Without Borders staff during a visit in August to an Ebola treatment center in Monrovia, Liberia.

Speed. That's key to ending the Ebola epidemic, says the director of the U.S. Centers for Disease Control and Prevention.

Dr. Thomas Frieden is visiting West Africa this week to figure out how to reduce the time it takes to find new Ebola cases and isolate them.

Otherwise, Ebola could become a permanent disease in West Africa.

"That's exactly the risk we face now. That Ebola will simmer along, become endemic and be a problem for Africa and the world, for years to come," Frieden tells NPR. "That is what I fear most."

Frieden plans to spend several days in each country where the virus is still out of control — Guinea, Liberia and Sierra Leone.

The biggest challenge right now is in Sierra Leone, he says, where the epidemic shows no signs of slowing down. New cases continue to rise exponentially. Last week, the country reported nearly 400 cases, or more than three times the number of cases reported by Guinea and Liberia combined.

Since February, there have been nearly 18,000 reported Ebola cases globally, the World Health Organization says, with more than 6,000 deaths.

But Frieden is still confident that the three countries can eventually reach zero new cases and end the epidemic.

Because the world has stopped every Ebola outbreak before, Frieden says. "Even in this epidemic, we are stopping individual outbreaks. The challenge is doing it at a scale and with a speed that we've never done before."

When Frieden visited West Africa last time, in August and September, the disease was "raging out of control in Monrovia," he says.

Since then, the epidemic has slowed down in Liberia. "But we haven't been able to get it under control," he says.

"As the weeks have gone by, we have been able to intervene faster [in Liberia]," Frieden says. "We've found that we can stop outbreaks in weeks instead of months."

So a hot spot in one town or county ends up having only a handful of cases instead of hundreds, he says.

Now the CDC and international aid groups need to figure out how to do that in Sierra Leone.

But even then, the response may not be fast enough. All it takes is one sick person to travel to a vulnerable town and ignite a new hot spot. That's been happening in Guinea for months.

"It's not like a forest fire, so much," Frieden says, "as a country full of bush fires in different places."