Accessibility links
Will The Taliban Attack Make Parents Afraid To Send Kids To School? : Goats and Soda As horrifying as it was, the massacre will not cause parents to pull their kids out, says Madiha Afzal, a professor of public policy who grew up in Lahore.

Will The Taliban Attack Make Parents Afraid To Send Kids To School?

Will The Taliban Attack Make Parents Afraid To Send Kids To School? 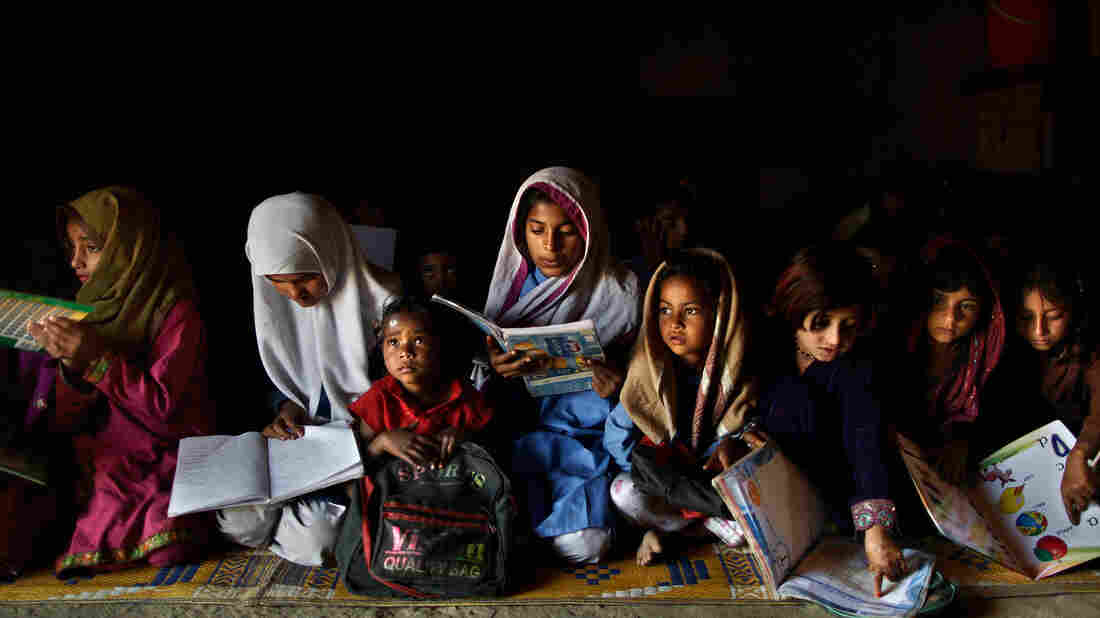 These Pakistani children go to a makeshift school in a clay house, located in a poor neighborhood on the outskirts of Islamabad. Muhammed Muheisen/AP hide caption 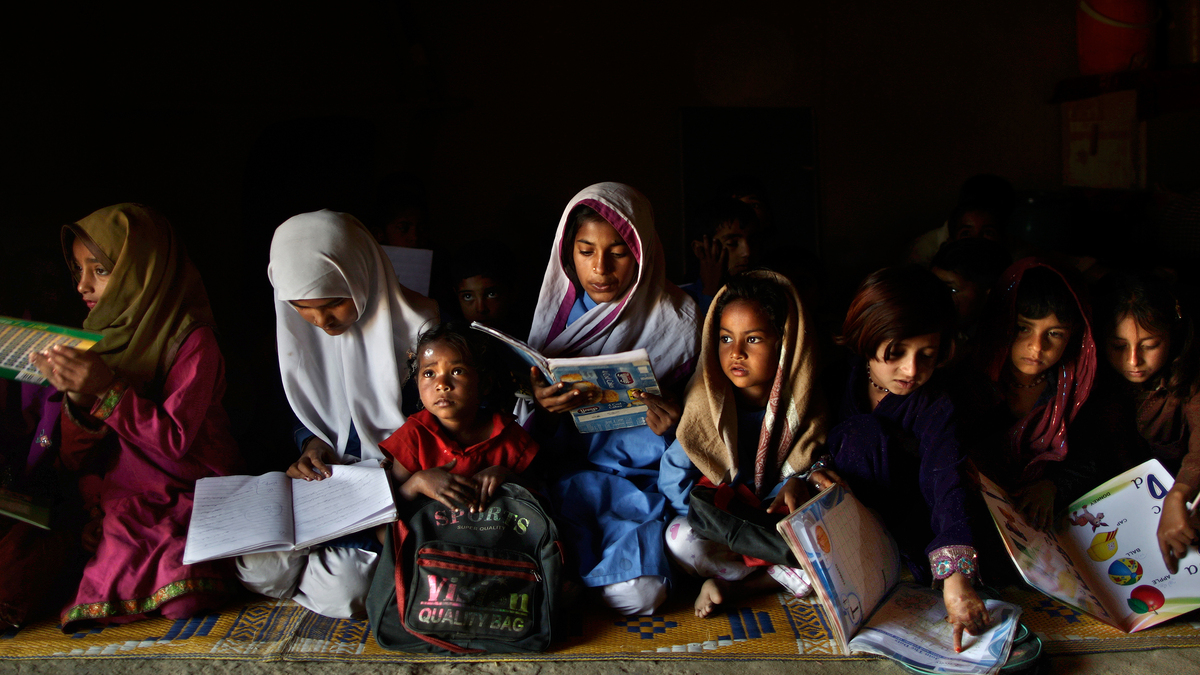 These Pakistani children go to a makeshift school in a clay house, located in a poor neighborhood on the outskirts of Islamabad.

Last week, the Taliban attacked the Army Public School in Peshawar, Pakistan, killing more than 140 people, most of them schoolchildren.

In a country where only 57 percent of elementary-school age children attend school, how will this massacre affect efforts to bring more youngsters into class? And what are the current goals in Pakistan when it comes to education? For insights, we turned to Madiha Afzal, who grew up in the city of Lahore. She is an assistant professor at the University of Maryland's School of Public Policy and a non-resident fellow at the Brookings Institution who studies the link between education and radicalization in Pakistan..

How do you characterize this attack?

The Taliban has been attacking schools for many years. They usually attack in the early morning or late at night so there haven't been major fatalities. This [attack] was on a school called the Army Public School, run by a fund from the military. But it's not a military school. It's just that many of the children are children whose fathers, uncles, grandfathers might be in the military — there are mostly men in the military. So it is a two-pronged attack: an attack on schools and an attack on the kids of army personnel. And it is the biggest attack on education in Pakistan so far.

What does the Taliban want to do? Shut down schools? Get girls out of school?

It's a little bit of both. They argue that [the] education in Pakistan is a Western-style system of education, which should not be allowed in an Islamic state. Kids shouldn't be learning science, math, English. And with girls they have this additional ... discrimination is too soft a word. [They believe] girls should be at home, not at school.

Will parents be afraid to send their kids to school because of the attack?

It sounds cliché to say it, but they really just want their kids to be educated. People in Pakistan are very brave, really attached to the idea of a good education. The problem is access: There aren't enough schools out there in remote villages, for example.

But schools were shut down this past Friday?

The government was saying the last few days they're receiving threats to schools and colleges. This past Friday they shut down every single educational institution, including my university, where I did my undergraduate work. It's the Lahore University of Management Sciences — very liberal, completely American-style, with a lot of security. It was shocking that even that was shut down.

And there's definitely reason to worry.

Almost a year ago, there was a student who happened to be outside his school [in the same province where the attack took place last week] and saw a suicide bomber walking toward the school. He stopped the bomber from going in, but the bomber blew up the student and himself. The student's name was Aitzaz Hasan — I think he was 15 years old.

I don't want to understate the fear element but I want to emphasize that barring worse things happening in the future, Pakistanis will continue sending their kids.

Are they getting a good education?

The one thing the government hasn't been focusing on is quality of schooling. The government is putting in place policies to make sure teachers are present, make sure infrastructure is fully functional as opposed to a school with, let's say, no desks or no toilets that are working.

But the government isn't focusing on biases in the curriculum. There is some hate material, especially against India and Hindus. The textbooks encourage a one-sided view: everything in Pakistan is good, Pakistan is a victim of conspiracies in the outside world.

The second problem is that kids are supposed to memorize this information. On board exams, the closer your answer is to the textbook, the better you do. They're memorizing bad information and never actually taught how to evaluate that information.