Accessibility links
How To Make An Unboring Documentary About Polio : Goats and Soda Filmmaker Tom Roberts was definitely not interested when he was first asked to make a movie about the disease. Then he began to do some research. "Every Last Child" is the result.

How To Make An Unboring Documentary About Polio

How To Make An Unboring Documentary About Polio

Every Last Child documents the current polio crisis in Pakistan through the eyes of five people.

When an Abu Dhabi film company, Image Nation, asked filmmaker Tom Roberts last summer to come up with an idea for a documentary about polio, he was flummoxed.

"Oh God, polio," he says now. "I thought we got rid of it." And then, tongue only partly in cheek, "how boring." There were so many other more immediate things. Wars and conflicts. Displaced persons. Infectious diseases that don't maim, like polio, but kill outright. His first inclination for the theme of the movie was "Polio — why bother?"

Then he did some research. Roberts has made over 100 films — documentaries about the conflict in Afghanistan, Saudi Arabian firefighters, a month in the life of a U.S. Army company in Iraq — but not in the public health realm. He was surprised by what he found. "There's a damn good reason" to bother with polio, he says. "Five hundred thousand Pakistanis crawl on the streets of that country because of damaged limbs." If the current onslaught isn't stopped, hundreds of thousands of Pakistani children will be crippled by polio in the next 10 years.

Pakistan is one of three countries where polio is embedded in the population. To date in 2014, there have been 342 polio cases around the world – 291 of them in Pakistan. That's compared to 362 cases recorded globally by this time last year, only 75 of which were in Pakistan.

Nigeria, which had seen a similar resurgence around 10 years ago, got the problem under control with vaccination. But in Pakistan, as Roberts learned, some religious leaders began railing against polio vaccination in 2012, presenting it as a Western plot. Members of the Taliban and splinter groups began shooting vaccinators. To date, 65 vaccinators, mostly women, have been gunned down.

The film Roberts made, Every Last Child, is the story of the effort to achieve universal vaccination in Pakistan, told through the eyes of people touched by the disease. There's polio warrior Elias Durry of the World Health Organization, faced with the public health chance of a lifetime — to block the disease in a country where it's settled in. There's a Pakistani polio vaccinator, fighting the disease to get back at the terrorists who killed her niece and sister-in-law when they were trying to vaccinate children. There's a refusenik who sees polio vaccination as a Western assault. And there's an adult crippled by the virus since childhood, who's waiting for the afterlife. 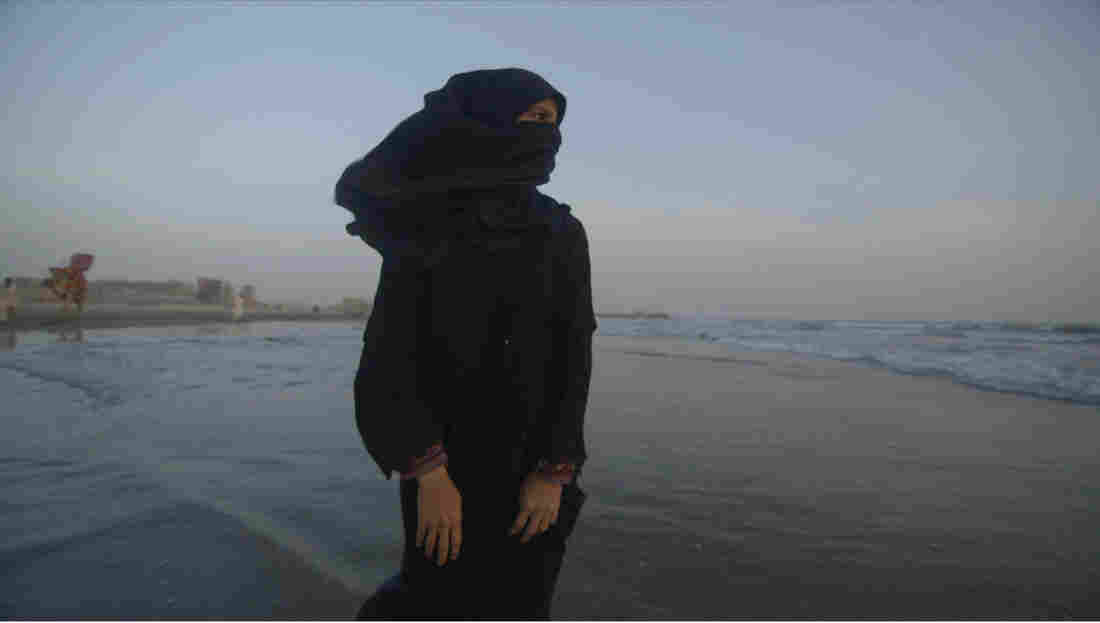 The documentary film, "Every Last Child," chronicles the efforts to eradicate polio in Pakistan. Women play a key role — they're welcome in homes to share information, while men are not. Courtesy of "Every Last Child" hide caption 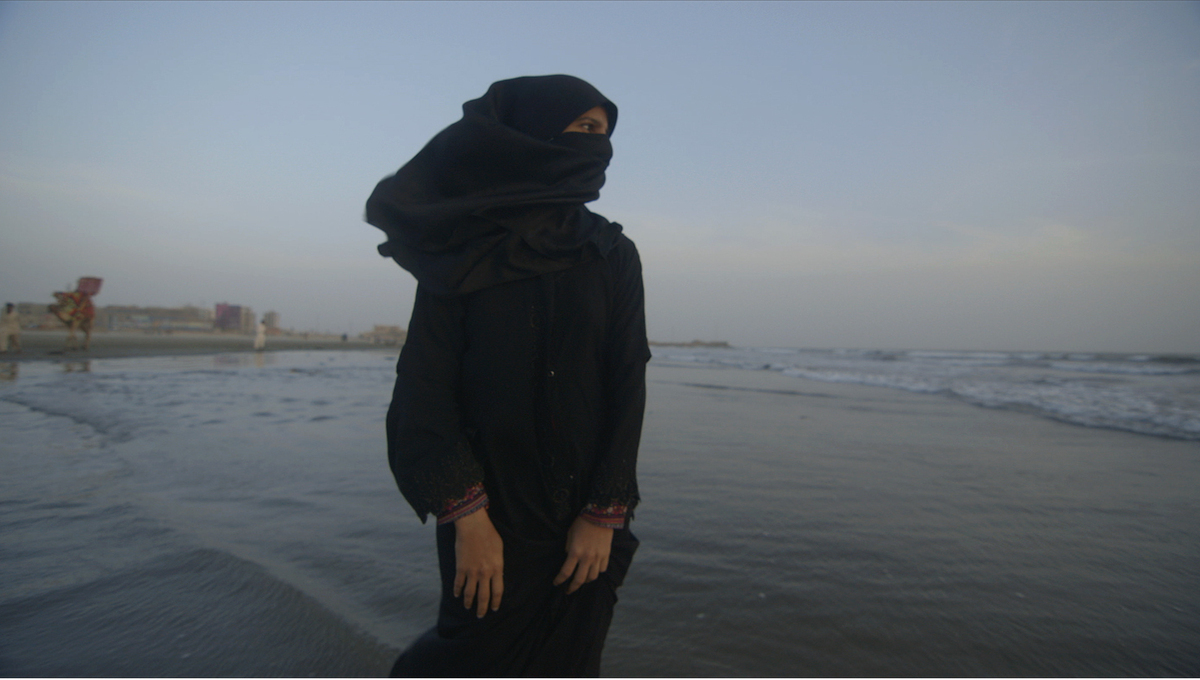 The documentary film, "Every Last Child," chronicles the efforts to eradicate polio in Pakistan. Women play a key role — they're welcome in homes to share information, while men are not.

Courtesy of "Every Last Child"

Roberts got to Pakistan in early fall of 2013. There were problems with his papers, so he had to repeatedly leave and return to keep his visa valid. He relied on ace Pakistani cameraman Ali Zaidi, formerly with the BBC, to do the filming, most of which was done in February and March of this year. Roberts, Zaidi and the rest of the crew had to keep a low profile — vaccinators were getting killed.

When Roberts started talking to Pakistanis, his "Why bother?" turned into a film about a whole new approach to vaccination.

Before his eyes, desperate local health officials, the World Health Organization, UNICEF and others were realizing that ramping up the door-to-door polio vaccination program would never work. There was just too much fear and opposition. The program needed rebranding as something homegrown and broadly helpful.

The Hidden Costs Of Fighting Polio In Pakistan

Led by the World Health Organization, and promoted by a powerful member of the political opposition, health officials came up with a new idea — "Justice for Health."

The goal was still "every last child," but the method was different.

No more 3 or 4 days of knocking on doors and begging parents to let vaccinators give their children the polio drops. Instead, by combining already existing programs, Justice for Health provided not just the polio vaccine but a "sanitation bucket" containing water purifying pills, bars of soap and clean towels. Women (because men aren't allowed entry into Pakistan homes unless they're part of the family) provided general health information, and vouchers for other, popular, vaccines, such as measles and diphtheria. Justice for Health was a health campaign, not a polio campaign. And each vaccination round lasted just one day, so opponents didn't have time to mobilize.

Roberts and his crew were able to document the tense planning meetings, the press conferences, the dramatic moment as the planners got a phone call with details of shootings in another province.

There's a shot of Pakistani soldiers suiting up in riot gear, getting ready to go out and protect vaccinators. The WHO's Elias Durry says, "This is not supposed to be a war zone." And maybe it has stopped. No one was killed in the first Justice for Health campaign in Karachi and Peshawar in early 2014.

Hundreds of thousands of children were vaccinated between February and the end of April. The polio wildfire was stifled, at least temporarily. Where polio virus once appeared in rivers and streams around Peshawar, none could be found.

The key to any health project is sustainability, and Roberts has his worries. The annals of public health are filled with projects that tested well but never got scaled up. "The question is, will it continue?" Roberts asks. The program is being promoted and supported by the political opposition — if the party loses the next election, there's no telling what will happen to the campaign. Still, a planner who doesn't want to be named says yes, Justice for Health will be back, and soon — possibly in the next few weeks.

The film, meanwhile, with its drama and intense you-are-there feel, is headed toward film festivals, and eventually, its producers hope, to public television.