Accessibility links
Why Pygmies Aren't Scared By The 'Psycho' Theme : Goats and Soda Deep in the Congolese rain forest, a group of Pygmies lives in near isolation from Western music. When a team of scientists played them music from Star Wars and Psycho, the results were surprising.

Why Pygmies Aren't Scared By The 'Psycho' Theme

Why Pygmies Aren't Scared By The 'Psycho' Theme 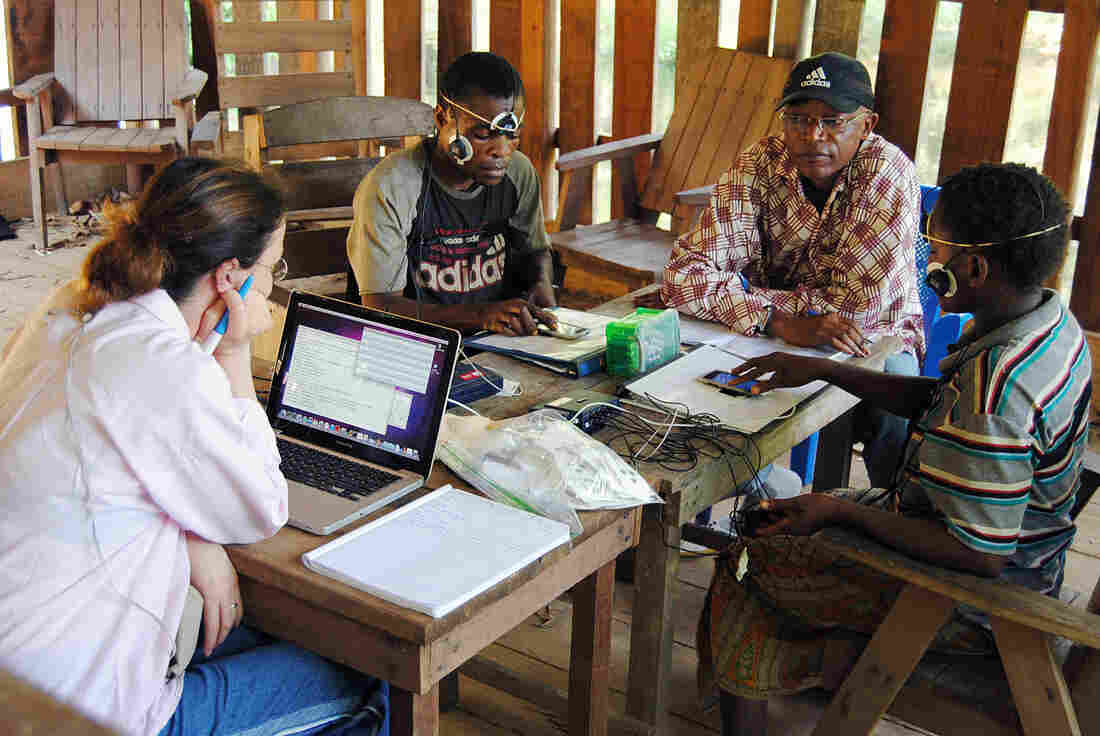 Men from the Mbenzele Pygmy ethnic group listen to Western music for the first time while an anthropologist measures their vital signs, such as heart rate and skin perspiration. University of Montreal hide caption 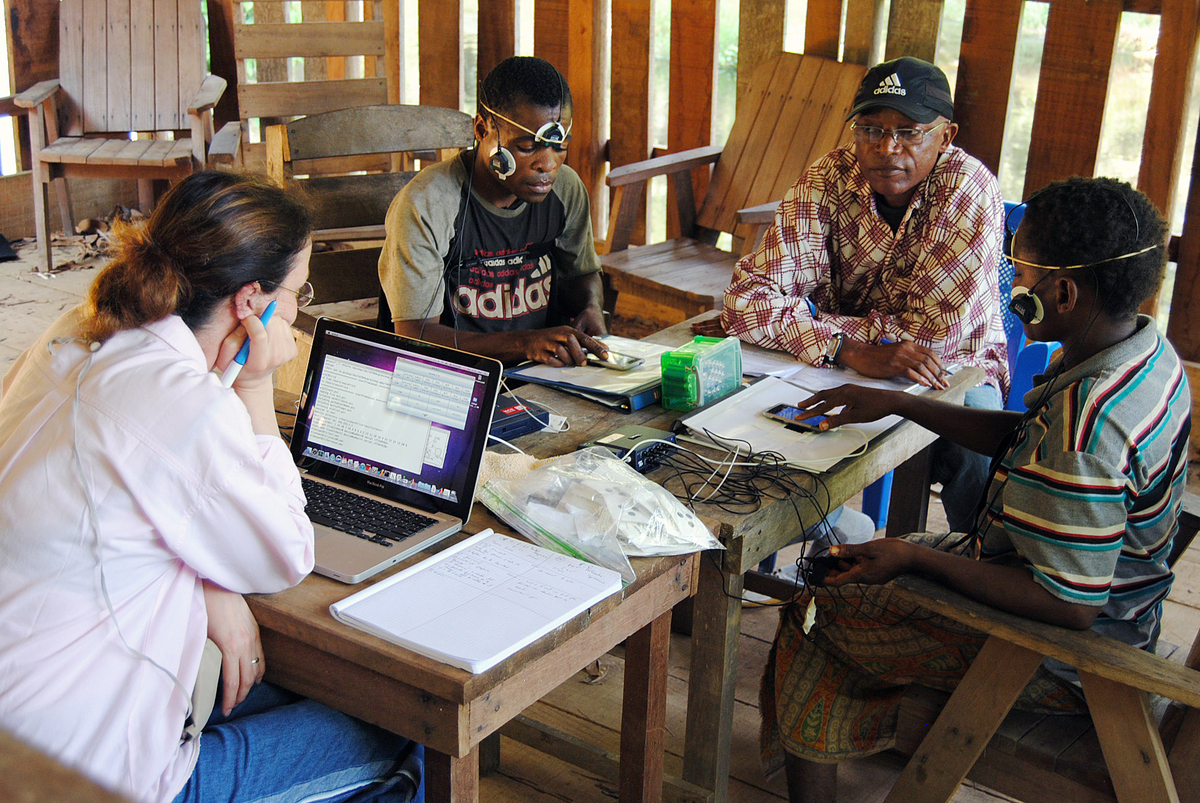 Men from the Mbenzele Pygmy ethnic group listen to Western music for the first time while an anthropologist measures their vital signs, such as heart rate and skin perspiration.

In many ways, music and emotion almost seem interchangeable.

Try listening to the Star Wars' Cantina Band song without smiling, or to the Psycho soundtrack without feeling a little tense.

But what if you had never heard Western music before. Would these songs still make you feel the same way?

Scientists at McGill University and the University of Montreal got the rare opportunity to answer that question. Their findings, published Wednesday in Frontiers in Psychology, suggest that music isn't always a universal language.

Deep in the rain forest of the Democratic Republic of Congo, a group of Pygmies lives in near isolation from Western culture. The Mbenzele Pygmies don't have electricity, radios or cellphones. Many have never heard a note of Brahms or the beat of Beyonce.

On a trip to Congo, anthropologist Nathalie Fernando of the University of Montreal played 11 excerpts of Western songs to 40 Pygmies. Some songs, such as "Cantina," trigger positive feelings in Westerners. Others, like the Psycho theme or Richard Wagner's Tristan und Isolde, trigger negative or sad feelings in Westerners. 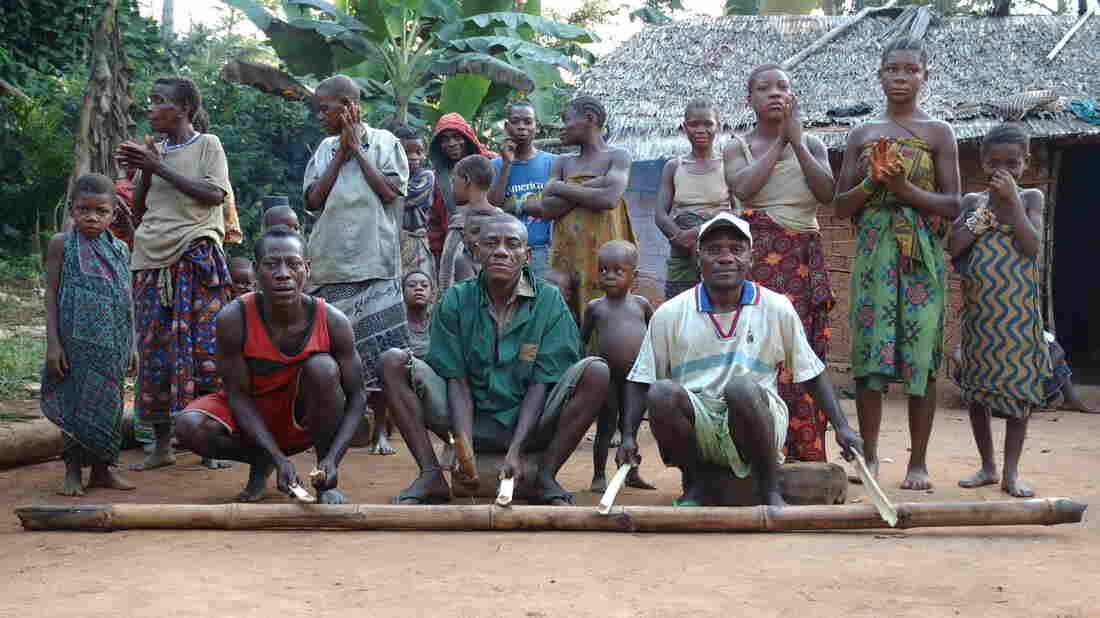 Men play a struck beau while women and children sing behind them at an Mbenzele Pygymy village. Nathalie Fernando/University of Montreal hide caption 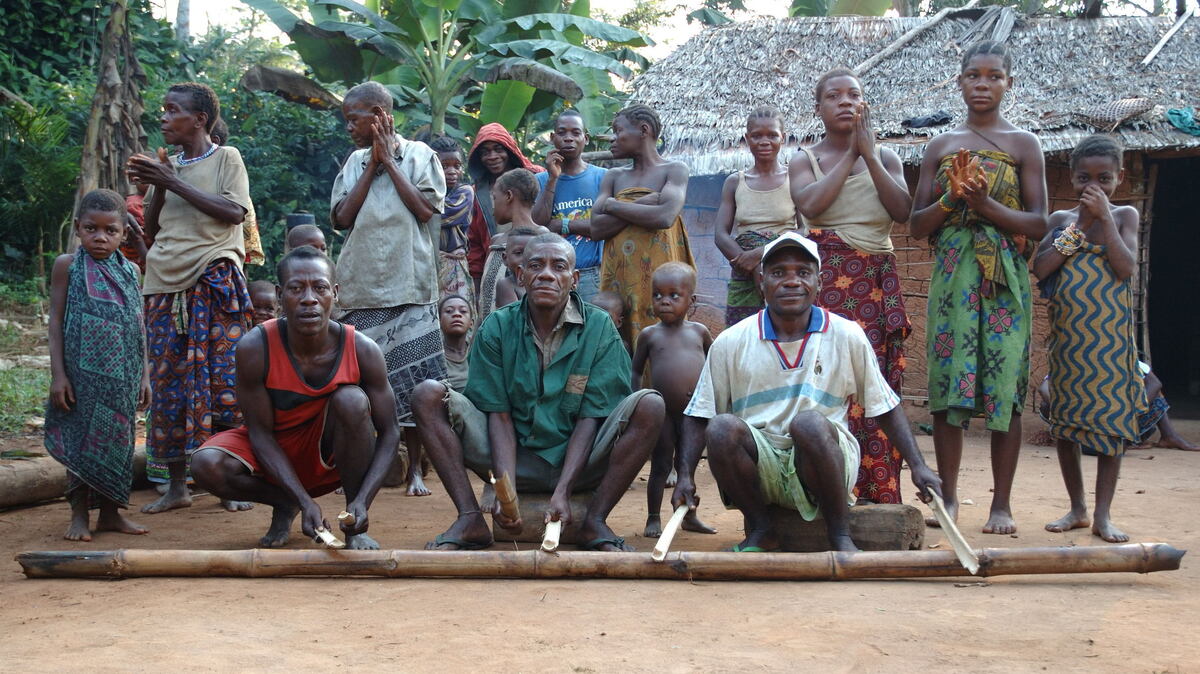 Men play a struck beau while women and children sing behind them at an Mbenzele Pygymy village.

But the Pygmies didn't hear the music that way.

The emotional cues in songs, which Westerners pick up on, didn't mean the same to the Pygmies: They didn't hear the shrieking strings of the Psycho theme as stressful or the minor chords in Wagner's Tristan as sad.

"The emotional response to this music was all over the map," says neuroscientist Stephen McAdams of McGill University, who co-authored the study with Fernando. "The idea of music being a universal language, I don't really buy it. Some aspects of the emotional response are very specific to that culture." 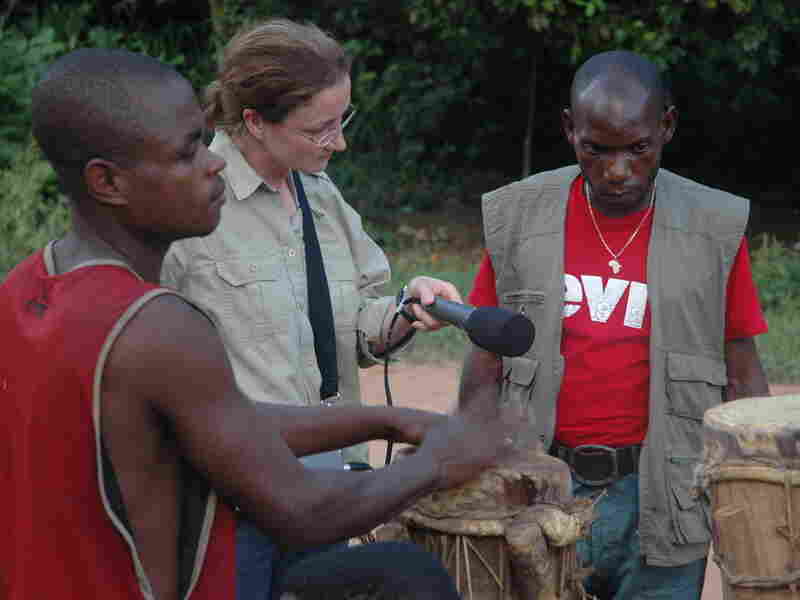 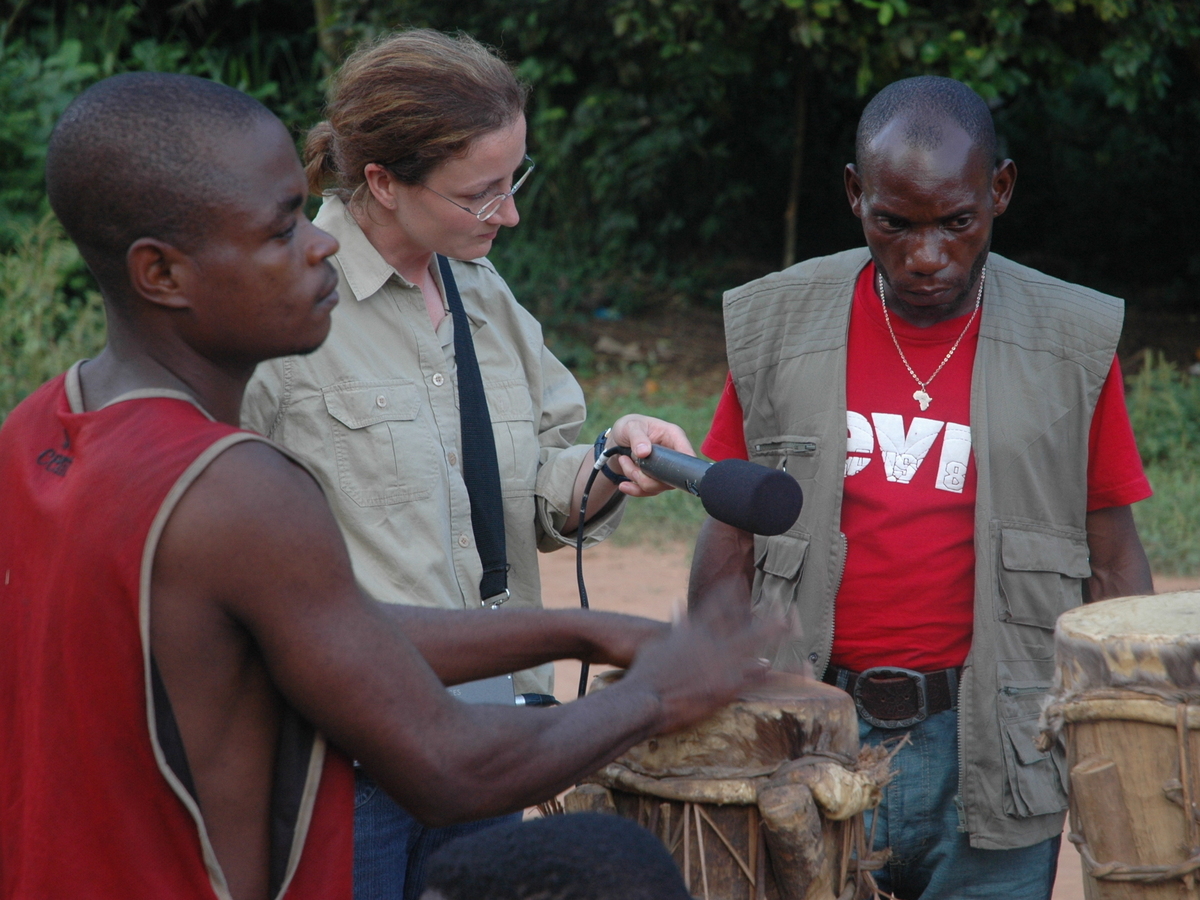 Anthropologist Nathalie Fernando of the University of Montreal records a Pygmy drummer while her interpreter looks on.

Next Fernando had the Pygmies rate their own culture's music for its emotional quality. Across the board, the Pygmies said all their songs made them feel good — even a song composed for a funeral.

"All of their music is generally upbeat, playful," says McAdams. The culture just doesn't have sad songs, he says.

"In the West, we expect to have negative emotions sometimes. We even seek them sometimes," McAdams says. "When I'm feeling sad, and I really want to enhance it, I'll put on some sad music."

But in the Pygmy culture, sad feelings aren't accepted. "They generally try to get rid of negative emotions by singing happy music," McAdams says. "One of the main roles of music in their culture is to evacuate bad feelings."

The Mbenzele Pygmies are known for their rich, complex music. Everyone in the community is a musician, McAdams says. They sing, dance and play instruments, starting at a young age.

"How they think about music is very different from how Westerners think about music," Fernando said in an email to Goats and Soda. "The Pygmies do not use music to express emotions. It's not sentimental."

As hunter-gatherers, the Pygmies depend on the forest for their livelihood. "They feel they have an unwavering relationship with the forest," Fernando says. "Music is the vital force that links them to the forest, like an umbilical cord."

That's why songs must be upbeat, joyful, she says: "Positive energy is used to maintain relations with the spirits that live in the forest. So music should inspire positive energy."

The Pygmies use music — and positive energy — to help accomplish tasks and overcome problems, Fernando says. "There's music for each of the daily activities: hunting, fishing, gathering, mourning," Fernando writes. If there's a disagreement in the community, music is brought in to fix it.

So are Pygmies always in a good mood?

"They can cry, but not while singing," Fernando says. "They sing to pass through the tears."