Accessibility links
30-Year Sentence Lifted For Woman In El Salvador Abortion Case : Goats and Soda Carmen Guadalupe Vasquez Aldana had steadfastly denied having an abortion. She said her unborn baby had died due to medical complications. This week, Congress pardoned her after seven years in jail. 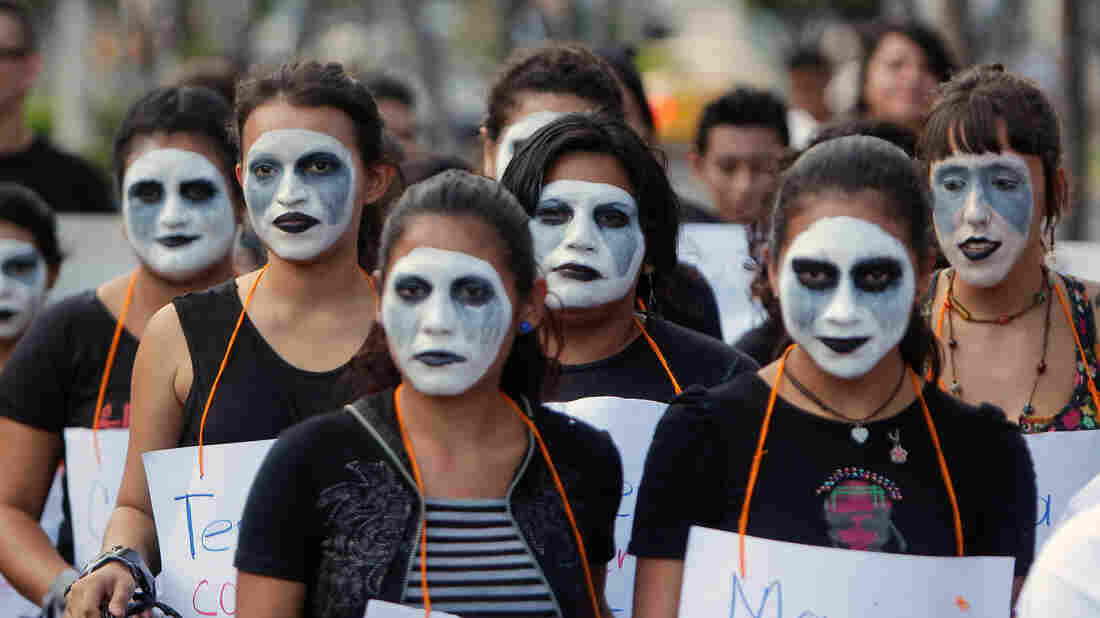 In November, women in El Salvador marched for the freedom of 17 women accused of abortion, including Carmen Guadalupe Vasquez Aldana. She was pardoned this week. Luis Galdamez/Xinhua /Landov hide caption 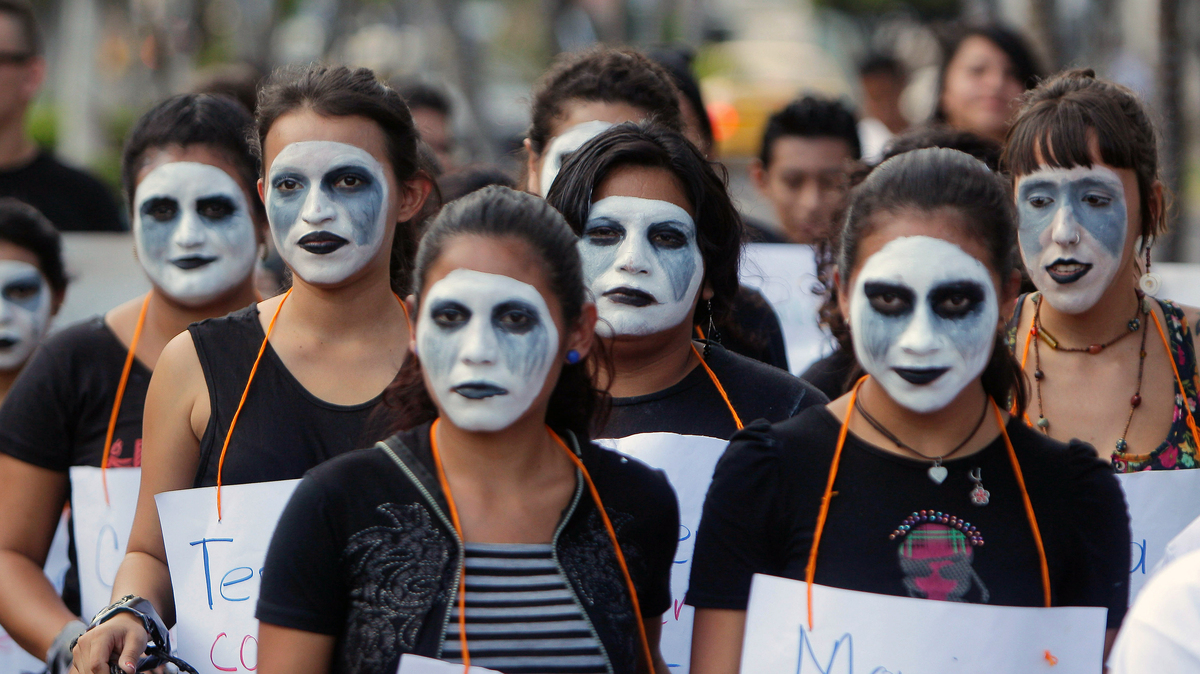 In November, women in El Salvador marched for the freedom of 17 women accused of abortion, including Carmen Guadalupe Vasquez Aldana. She was pardoned this week.

Seven years ago, Carmen Guadalupe Vasquez Aldana went to jail in El Salvador. She was initially charged with abortion but prosecutors elevated the charge to aggravated homicide, arguing that the fetus was viable. Vasquez always contended that she did not have an abortion but had lost her unborn son due to medical complications late in the pregnancy.

On Wednesday, El Salvador's Legislative Assembly approved a recommendation by the country's high court that Vasquez be exonerated. That's a remarkable turn of events in a country with one of the strongest anti-abortion laws in the world. Even when the health of the mother is at risk, abortion is illegal.

"This is the most significant news that we have received from Salvador in the 15 years of work we have been doing there," says Paula Avila, a lawyer who serves as an advocacy adviser at the Center for Reproductive Rights, a nonprofit in New York that advocates for abortion rights. The center has been lobbying to ease the total ban on abortion in El Salvador.

"This is the first window of hope that some of the other women will be released," Avila says. "It's a huge victory for all the women and girls who suffer as a result of this law." At least 16 other women with cases similar to Vasquez's are currently serving 30-to-40 year sentences in Salvadoran jails, Avila says. Vasquez herself had been sentenced to 30 years after being found guilty of killing her unborn baby.

In 2007 Vasquez was 18 years old. She had taken a job as a live-in domestic servant for a well-off family just outside the capital. The pregnancy, her attorney, Dennis Munoz, told NPR, was the result of being raped by her employer. Vasquez says she delivered a stillborn baby alone in her small room at her employer's house.

Only later when she continued to have heavy bleeding did she seek help at a hospital. In El Salvador, medical staff are required to report suspected abortions to the police. She was arrested at the hospital.

In recommending a pardon for Vasquez, the Supreme Court says that her attorney raised "reasonable doubts" about the case against her. The court says there were fundamental problems with the legal proceedings against her, including a lack of scientific evidence about what caused the death of her baby.

The petition for Vasquez's pardon led to heated debate in the national parliament with politicians from the ARENA party characterizing the case as murder.

A vote earlier in the week on clemency for Vasquez had failed by a single vote. Several politicians who supported clemency were absent at that time.