Accessibility links
Think Measles Isn't A Big Deal? Here's How It Can Kill : Goats and Soda It happened to Roald Dahl's daughter in 1962. It still happens today, in the U.S. and around the world. In rare cases, measles becomes an incurable disease. 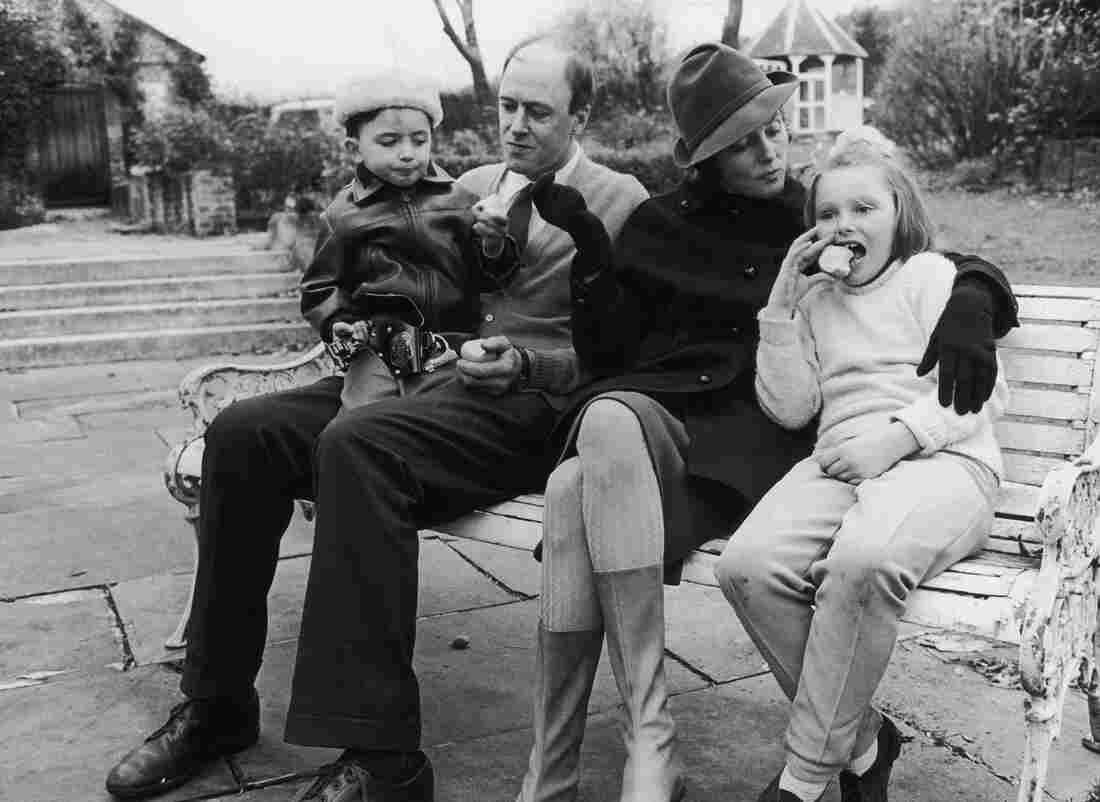 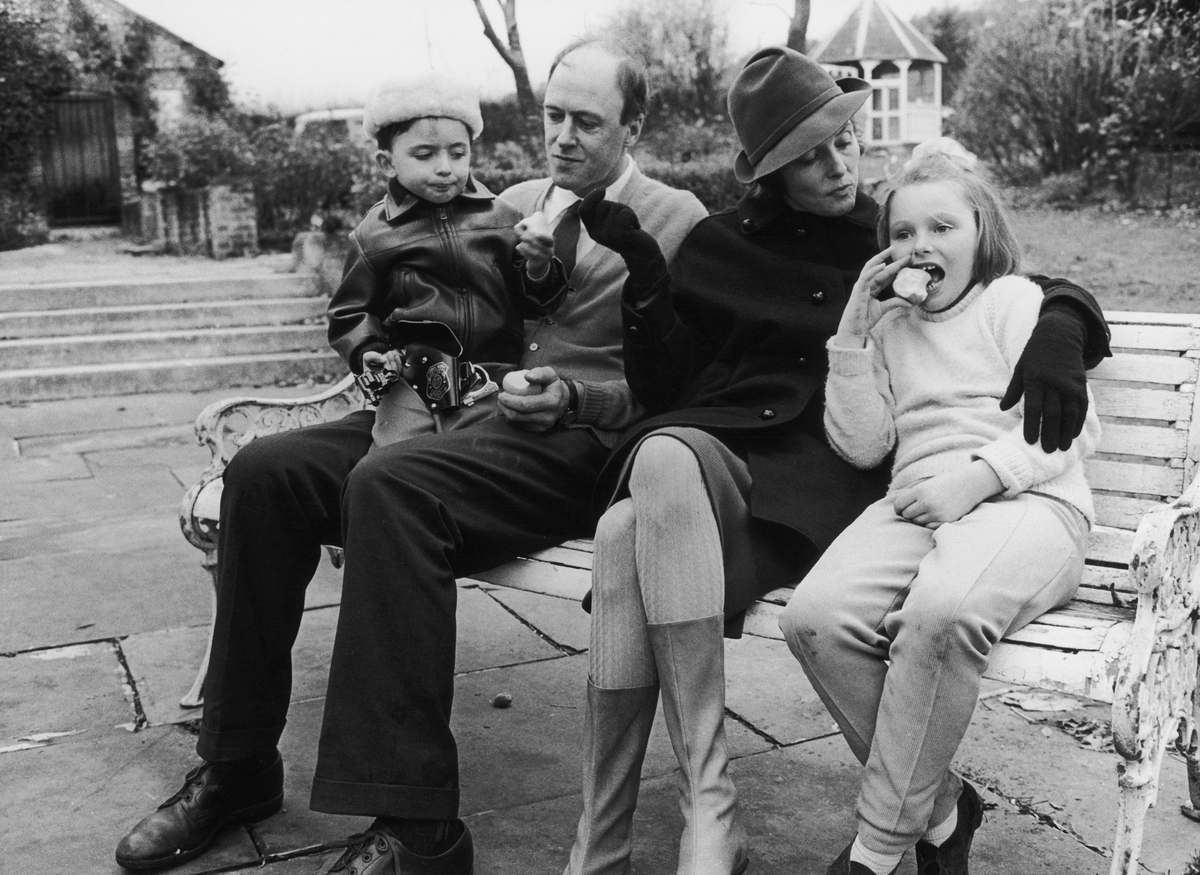 Writer Roald Dahl and his wife, actress Patricia Neal, with two of their children, Theo and Chantel Sophia "Tessa." The photo was taken a few years after oldest daughter, Olivia, died of measles.

Twenty-six years later, Dahl wrote a letter to parents about what happened:

"As the illness took its usual course I can remember reading to her often in bed and not feeling particularly alarmed about it. Then one morning, when she was well on the road to recovery, I was sitting on her bed showing her how to fashion little animals out of coloured pipe-cleaners, and when it came to her turn to make one herself, I noticed that her fingers and her mind were not working together and she couldn't do anything.

"In an hour, she was unconscious. In twelve hours she was dead."

Olivia had what's called measles encephalitis. The virus had spread to her brain. Her immune system rushed in to fight it. Her brain swelled up.

"A lot of folks feel measles isn't a big deal. It just causes a rash and a fever," says Dr. Alice Ackerman, chairwoman of the pediatrics department at Virginia Tech Carilion School of Medicine. "In the majority of cases, that's true."

But in about 1 in 1,000 cases, the infection becomes systemic and moves to the brain.

Rise In Measles Cases Marks A 'Wake-Up Call' For U.S.

"This causes behavioral changes, potential brain swelling and convulsions," Ackerman says. There's little doctors can do. Children can be left deaf, blind or with mental retardation — if they recover.

"It doesn't matter how bad your initial measles infection was," she says. "Up to about eight years later, children can start showing behavioral changes. They may have problems sleeping or start acting funny. It's a degenerative process: The brain gets more and more physically damaged [from inflammation] over time."

"It's heartbreaking," Ackerman says. "I've personally seen about about 10 children in my career with subacute sclerosing panencephalitis, or SSPE. It's very scary. You just kind of say, 'I can't treat this, once this damage is done.' "

SSPE is very rare: Only about 1 in 5,000 people with the measles will develop it, a study found. But other complications from measles aren't so rare.

"As this outbreak here [in the U.S.] progresses, I wouldn't be surprised if we don't see some cases with severe complications," says Dr. Amesh Adalja, an infectious disease specialist at the University of Pittsburgh Medical Center. "One in four cases, so far, have been hospitalized."

In terms of serious problems, the most common is pneumonia.

Measles typically infects the upper respiratory tract, like the flu or common cold does. But when measles moves to the lower respiratory, it becomes pneumonia — and much more problematic.

"Pneumonia impairs the body's ability to harness oxygen in the air," Adalja says. "Children don't get enough oxygen in their lungs to supply the body. Some end up on a ventilator."

And there's no way to predict which children will develop severe complications to measles, Adalja says. "For all [intents and] purposes, anyone can get pneumonia from the measles or encephalitis."

But people with weak immune systems are at higher risk, Adalja says. That includes those undergoing some cancer treatments, organ donor recipients, the elderly and babies.

In many instances, the parents of these children don't have access to vaccines or treatments for measles complications. These parents experience what Dahl and his family faced a half-century ago: losing a child to measles.