Accessibility links
The Woman Who Sold Her Baby For $435 To Buy Firewood : Goats and Soda It happened last week in Afghanistan. It is illegal. But the mother felt she had no other way to support her family. It is the fourth recorded case of baby-selling there in the past year.

The Woman Who Sold Her Baby For $435 To Buy Firewood

The Woman Who Sold Her Baby For $435 To Buy Firewood 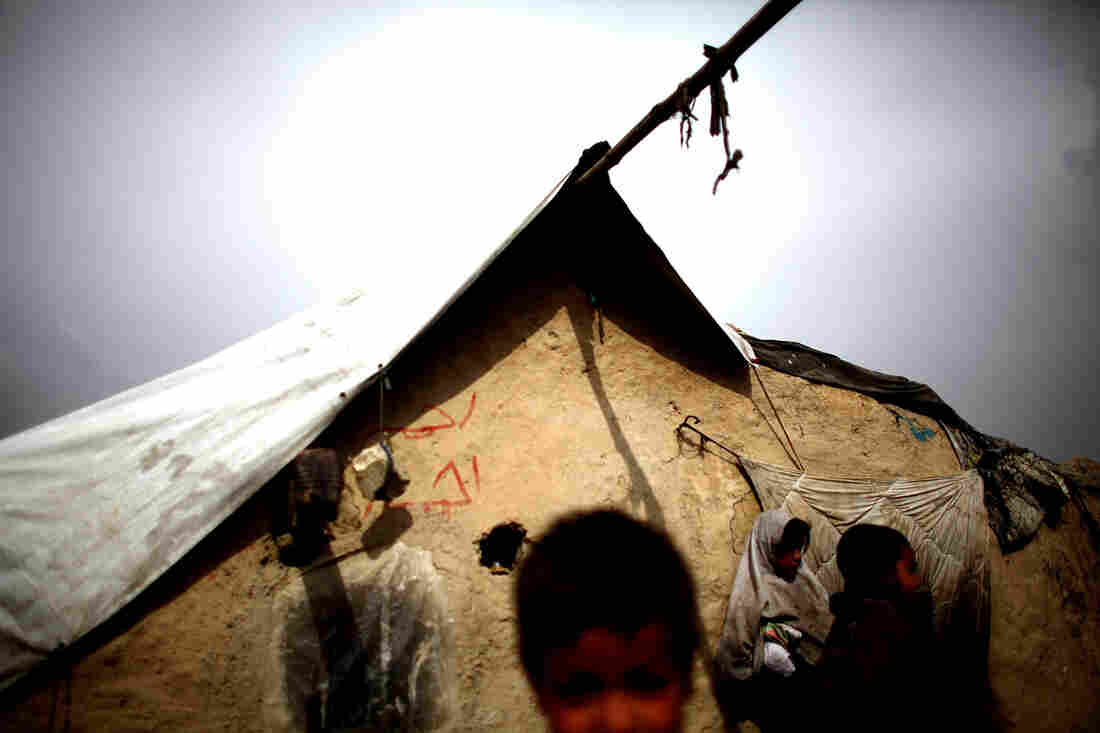 The poverty in Afghanistan takes a particular toll on children. These youngsters live in a mud-walled home in Kabul's Nasaji Bagrami camp for internally displaced Afghans. In the most dire of circumstances, a parent might abandon or sell a child. David Gilkey/NPR hide caption 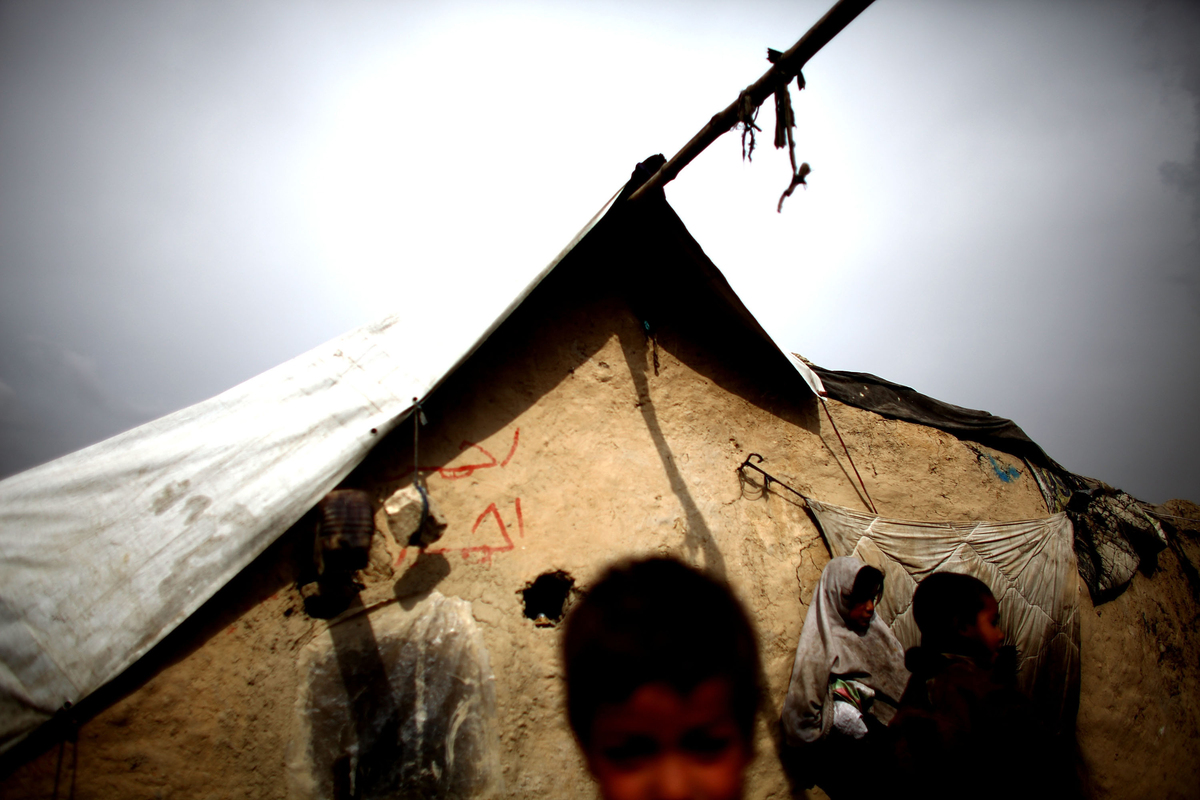 The poverty in Afghanistan takes a particular toll on children. These youngsters live in a mud-walled home in Kabul's Nasaji Bagrami camp for internally displaced Afghans. In the most dire of circumstances, a parent might abandon or sell a child.

Last week in the northern Afghan province of Balkh, an impoverished mother chose the only option she felt was left to her, after her drug-addicted husband abandoned her. She had to care by herself for five young children and an elderly father. So she sold her 1-month-old infant for money — the equivalent of about $435 in American currency — to buy kindling wood to keep her four other children from freezing in the harsh winter weather.

Such incidents of child-selling are shocking — and illegal in Afghanistan. But in a country plagued by chronic poverty amid decades of conflict and instability, it is not the only instance. "This is the fourth case over the past year," according to Armakhail Safiullah, child protection adviser in Afghanistan for the international children's charity Save the Children. To learn more about the plight of children and families caught in such situations, we spoke to Safiullah and to Zubaida Akhbarto, a communications officer for Save the Children in Afghanistan. The conversation has been condensed and edited for clarity.

What is happening with this case now?

Safiullah: We're responding to this particular case in coordination with governmental agencies in the northern region of Afghanistan. The baby is still with the mother, and we will not separate them. We are also referring the father to treatment for his drug addiction.

What are the underlying factors for this and similar cases?

Safiullah: It is mainly poverty and the economy. They see no other option financially to survive.

How common is baby-selling? Isn't it illegal?

Safiullah: Child-selling and early marriage are completely illegal. The law clearly states that the selling of children is a crime.

Akhbarto: It happens much more widely than we know about. It is socially accepted, and no one will normally interfere. In some cases girls are being exchanged and used like money to pay off debts. Sometimes it is child labor. Of the four cases over the past year, three were female, one male. Two of these cases were early marriages, where money is given in return for the engagement of young girls under the age of 16. It is called early marriage, but it is child-selling. The other two cases were directly child-selling. The 1-month-old infant is the latest.

Could families who cannot support young children give up a child for adoption?

Safiullah: Adoption is not common in Afghanistan, and culturally is not very encouraged. If a child does not have any parents, generally a family member will be turned to first. Usually a blood relative such as grandparents or an uncle or auntie will become responsible. The family adopting has to be Muslim. And there is no international adoption.

What happens to those children who do not have anyone who will care for them?

What is being done to protect vulnerable children and prevent families from feeling forced into abandoning or selling their children?

Safiullah: We're involved in two efforts. In the first, we are working with religious leaders to encourage them to talk during the Friday prayers, to help disseminate information from the mosques about the importance of child protection, about promoting positive practices toward children, and educating community members.

Second, we are building community-based networks to work for the protection of children. We meet with community and religious leaders, teachers, parents and elders to raise awareness and help them monitor cases and raise concerns with local authorities.

Safiullah: These efforts are significantly contributing to the reduction of the number of cases of children requiring protection.