Accessibility links
Measles Vaccination Rates: Tanzania Does Better Than U.S. : Goats and Soda A map from the World Health Organization reveals something interesting: Many poor countries have higher vaccination rates than rich ones. 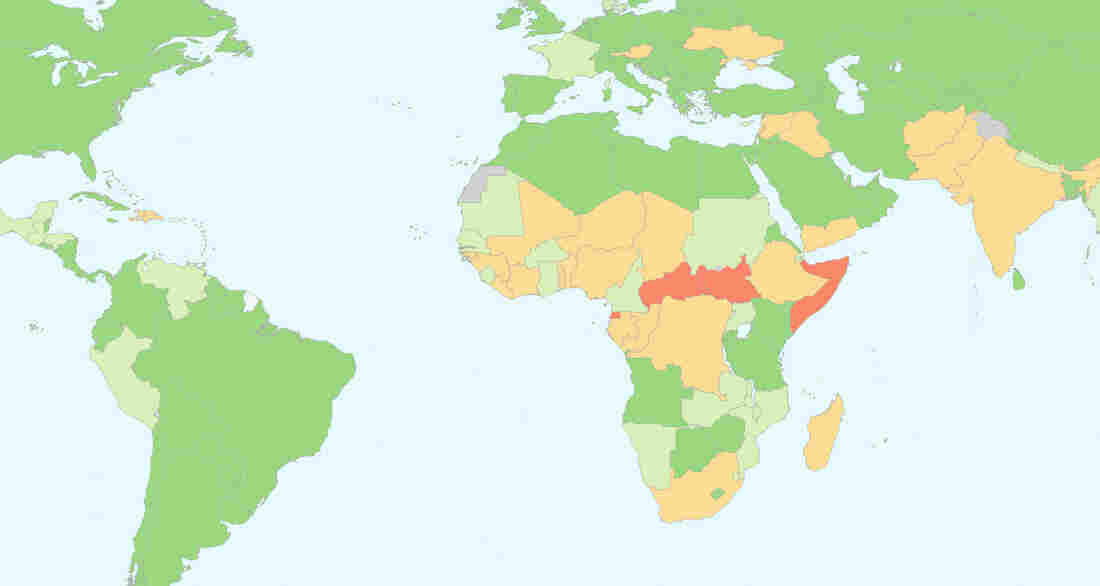 This World Health Organization map shows the percent of the population vaccinated for measles in each country in 2013. Dark green is at least 90 percent. Light green is 80 to 89 percent. Orange is 50 to 79 percent. Red is less than 50 percent. Courtesy of WHO hide caption

toggle caption
Courtesy of WHO 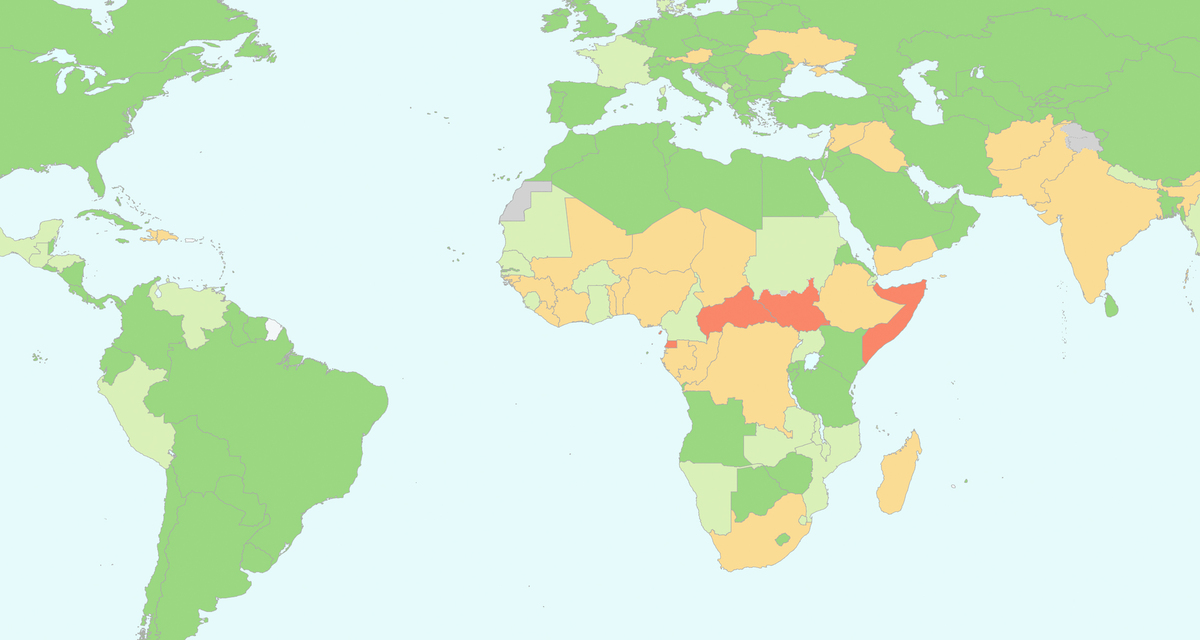 This World Health Organization map shows the percent of the population vaccinated for measles in each country in 2013. Dark green is at least 90 percent. Light green is 80 to 89 percent. Orange is 50 to 79 percent. Red is less than 50 percent.

As debate mounts in the U.S. over whether or not to require measles vaccinations, global immunization rates show something interesting: Many poor countries have far higher vaccination rates than rich ones.

Tanzania gets the most bang for its GDP buck when it comes to measles vaccination. The East African nation is ranked 200th out of 228 countries in terms of gross domestic product per capita. Yet 99 percent of Tanzanians are vaccinated against measles.

By comparison, 91 percent of Americans have gotten the shot. (Check out this cool interactive map from the World Health Organization to see for yourself.)

The world's worst rate of measles immunization is in the Central African Republic. Given the intense violence that's been tearing that country apart for two years, the health care system in the CAR can be forgiven for not having vaccines available for parents.

One of the other laggards on measles has no excuse. Equatorial Guinea has the third worst measles vaccination rate worldwide, with just 42 percent of its population immunized. Unlike the two countries below it in the rankings (CAR and South Sudan), Equatorial Guinea is not in a state of war. And it's not poor. Equatorial Guinea is a major oil exporter, pumping more than 300,000 barrels of oil each day. It's classified by the U.N. as a "high-income" country alongside the likes of the U.S., Japan and France.

In an ironic twist, Equatorial Guinea is holding this year's Africa Cup of Nations soccer tournament, after fears about Ebola caused Morocco to back out as host. Equatorial Guinea, however, could be fertile ground for a measles outbreak.

Among other rich nations, Austria is a standout for how few of its people have had measles shots. At a 75 percent immunization rate, Austria comes in just above Afghanistan, but below even Yemen and Sierra Leone.

What about over here in the Western Hemisphere? Yes, you guessed it: Haiti has the lowest measles vaccine coverage rate at 65 percent. The next worst is on the other side of the island of Hispaniola: The Dominican Republic reaches 79 percent of its kids.

When it comes to countries with the biggest populations, China is going all out against measles while India is lagging. China vaccinates 99 percent of its nearly 1.36 billion people, but India covers just 74 percent of its 1.25 billion.