Accessibility links
A Rap Star And A Therapist Fight Female Genital Mutilation : Goats and Soda They each were cut when they were young. As outspoken opponents of the practice, they're accused of going against their religion. (They're not.) And of being brainwashed by white women. (Also untrue.) 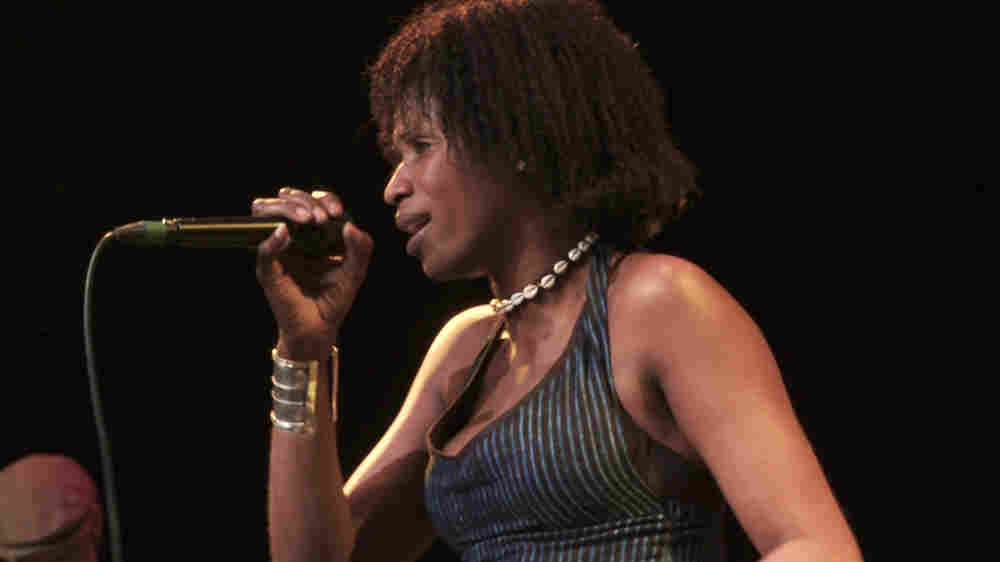 Sister Fa campaigns against female genital mutilation. "You have got my support," her father told her. Courtesy of Women Make Movies hide caption 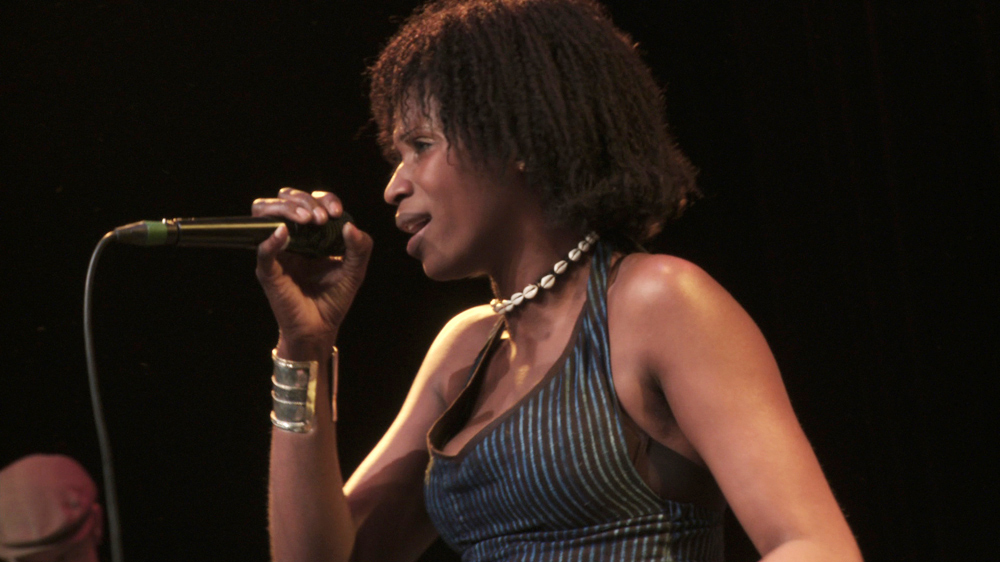 Sister Fa campaigns against female genital mutilation. "You have got my support," her father told her.

Sister Fa is a Senegalese-German rap star. Leyla Hussein is a Somali-born, London-based documentary filmmaker and psychotherapist. Their day-to-day lives are different, but they have a great deal in common.

"We're both survivors of FGM," Hussein explains. "We both have daughters and we didn't cut our daughters." 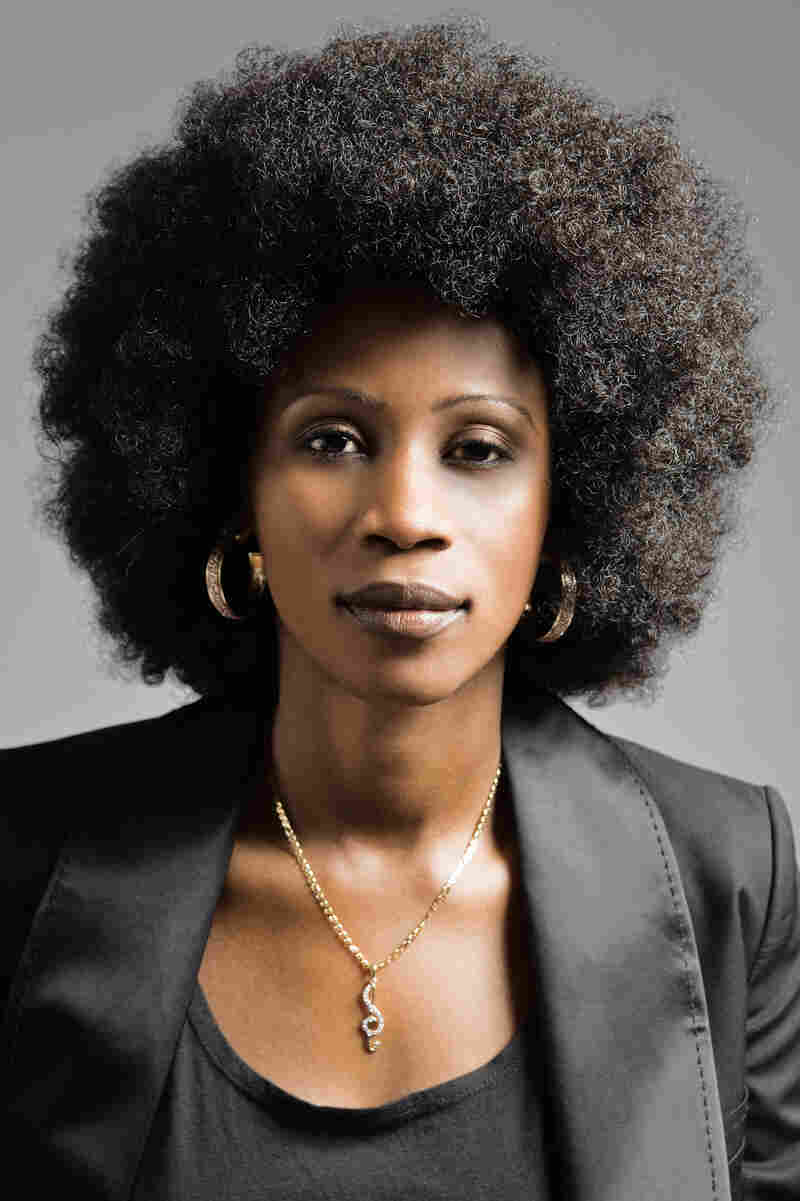 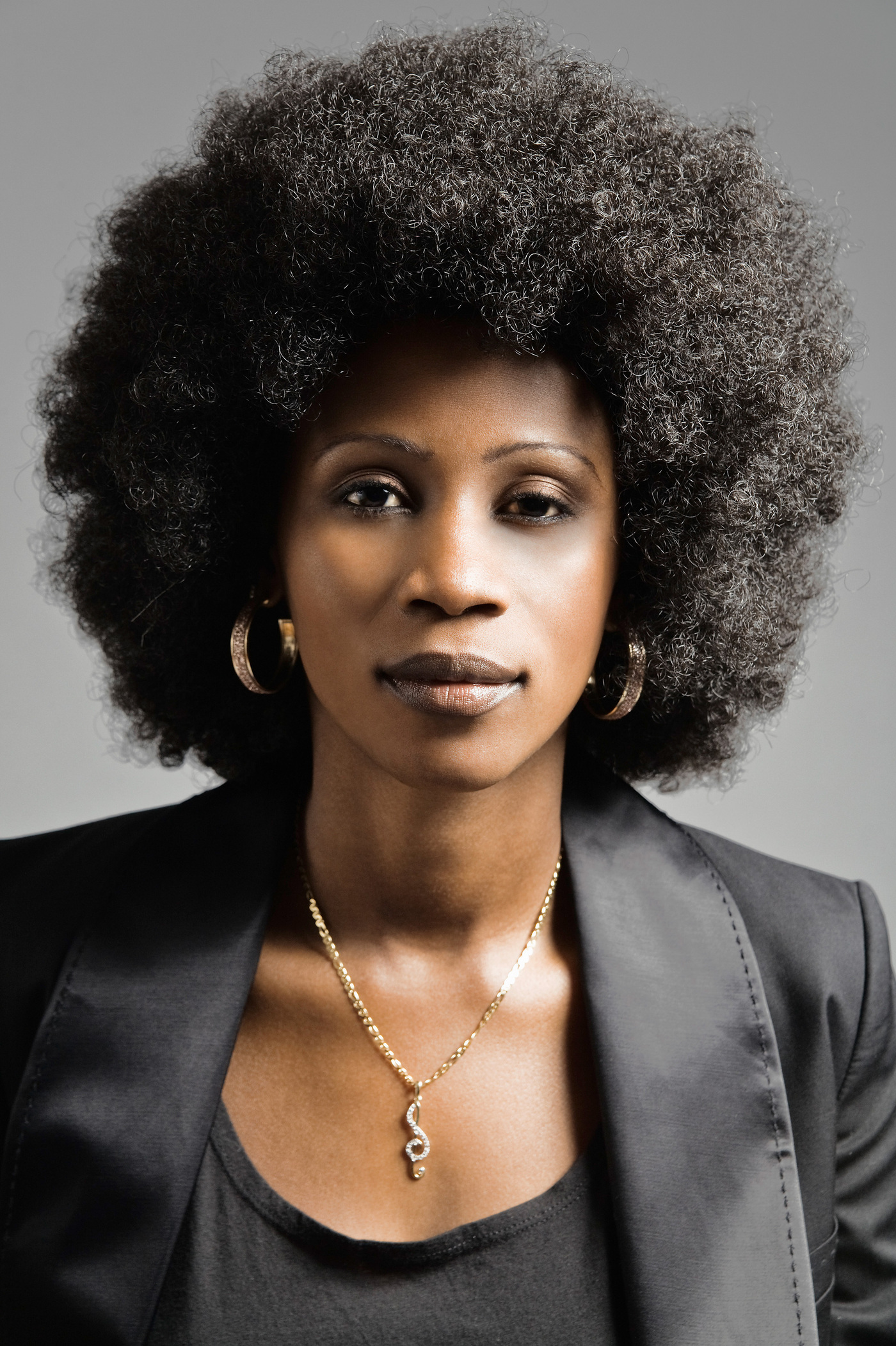 Today is the United Nations' official International Day of Zero Tolerance for Female Genital Mutilation, also known as "female genital cutting" or FGC. It's a practice in which young girls are subjected to removal of or injury to the genitalia for nonmedical purposes, and it can lead to infection, infertility and even death. The U.N. says the practice affects more than 140 million girls and women around the world and could affect 86 million more in the next 15 years.

Each woman has created her own style of activism. Sister Fa (her full name is Fatou Mandiang Diatta), 32, has been traveling to villages and schools in Senegal and Guinea since 2006 to educate children about what she calls the "dangers and consequences" of FGM. (Her work is the subject of this award-winning documentary, which will be screened Friday in New York.) Her own village in Senegal has abandoned the practice.

Leyla Hussein is the founder of the U.K.'s first counseling service for women and girls who have suffered FGM and is recognized as one of Britain's most influential activists. 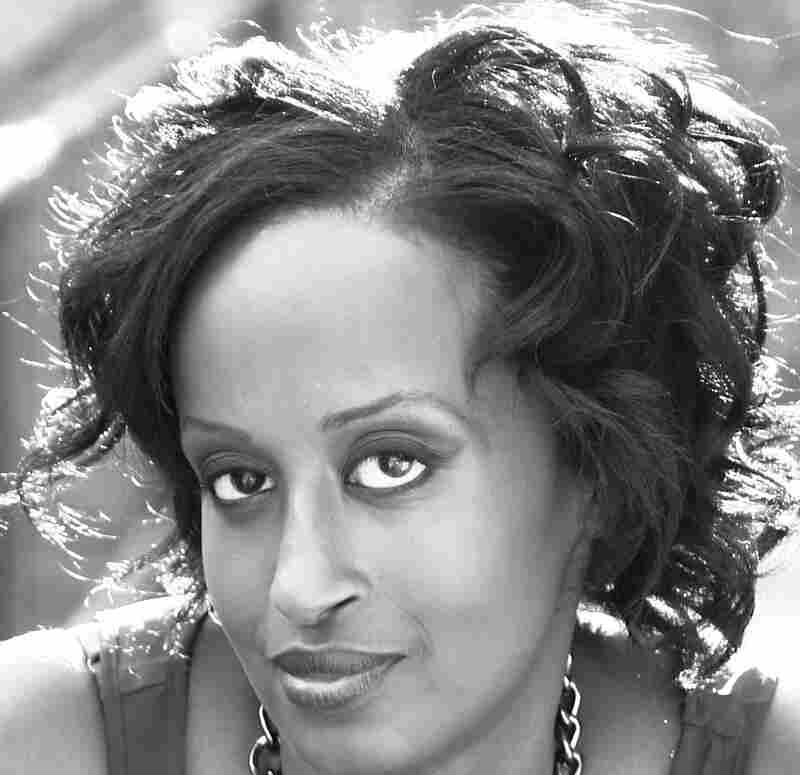 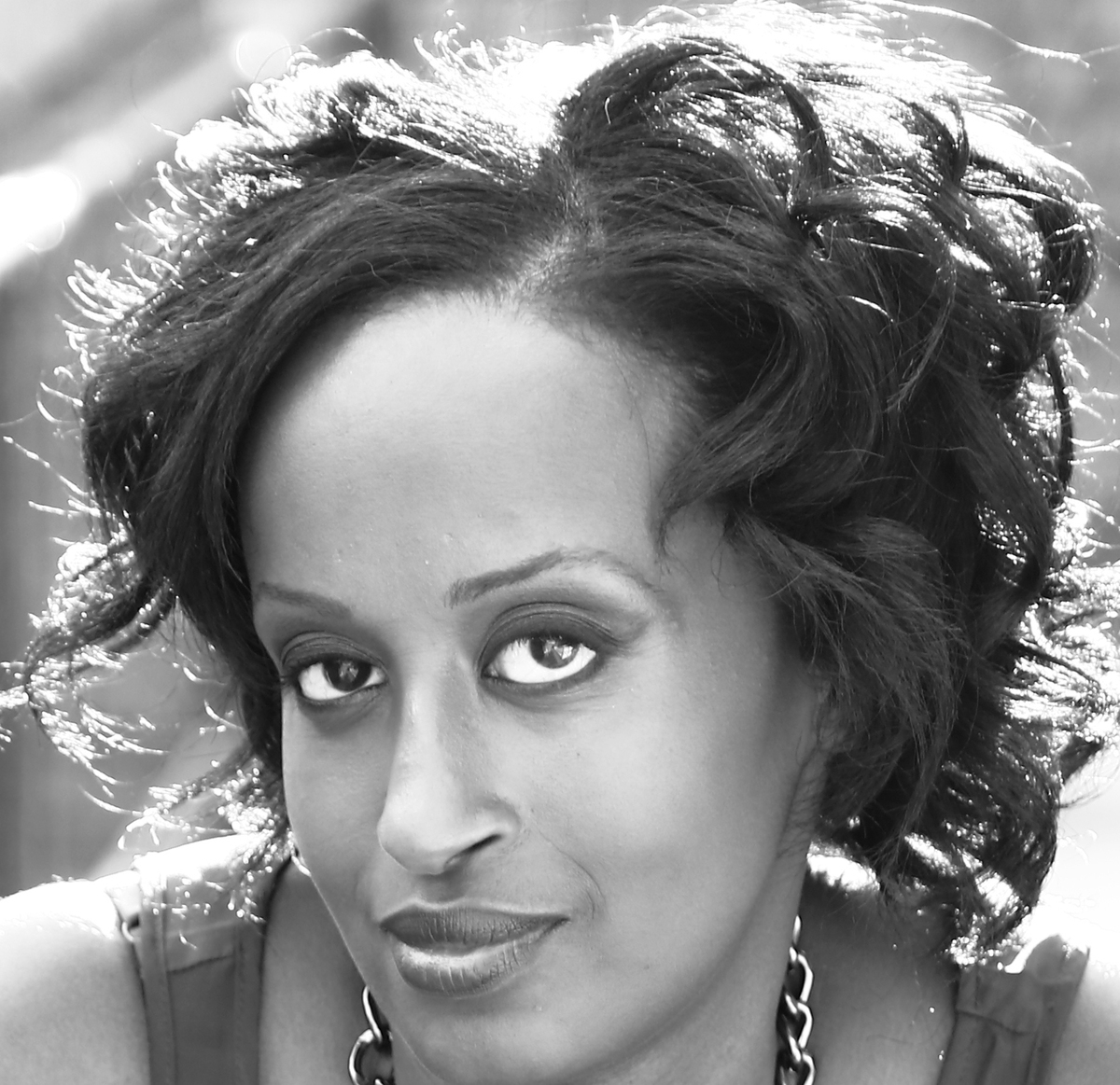 Both women emphasize that the practice is a global issue. "This is happening in London," Hussein says, "not the African bush." Figures released Friday show that more than half a million women and girls in the United States have either undergone FGM or are at risk.

Last week in Oslo, at the World Woman gathering of international activists, artists and performers, Hussein and Sister Fa spoke with me about the challenges and misperceptions they confront, the way forward — and the importance of words. The interview has been edited and condensed.

What are the biggest misperceptions about FGM that you address?

Sister Fa: I spend a lot of time meeting with the communities and children at school. Most of the men try really to show the whole community they have control — they try to bring kind of a contradiction to what I'm saying, like I'm talking against the religion. Those people come to really discredit my messages.

So they're accusing you, wrongly, of going against Islam.

Fa: Definitely. But we know the truth will come out.

Those accusations must be dangerous.

Fa: People are now a little bit scared with the religion, because everyone is just seeing Islam as a religion of violence. So when you come to some communities and start talking about things they think will link to their religion, they say, "We don't want to hear nothing; Those ladies have been in Europe; they're really brainwashed."

Hussein: I experience misperceptions from both sides. From Europeans, because I went through FGM, the assumption is that my family was poor. Whenever I tell my story, I make the point that violence has no class system. When I tell people I was cut by a doctor, they're like, really? I say, "I was cut by a doctor because my family was very privileged, they could afford a doctor."

And when I tell them even though I've gone through FGM, I come from a long line of feminists, they're like, "How the hell did that happen?" I say, feminism changes as we go along. When feminism first started, women just wanted to vote. When my mum considered herself a feminist, it wasn't about FGM for her, but having a career, that was what she fought for. My daughter will have a different version of what feminism means to her. So even though we are survivors of FGM, it doesn't mean we come from families who don't respect basic human rights.

But on the other side, in my community, it's like, "Oh, you've been brainwashed." Or, "You've become a white woman." It is so offensive. I feel it's like we're not allowed to be intelligent black women.

And this is your own community saying this.

Hussein: This is my own community saying I can't have an opinion unless a white person influenced me. So the misperceptions come from both sides, and for us it's quite exhausting because you try to deal with this one, then you turn to this one. And the other one is that we are never seen, as FGM survivors involved in this campaign, as the experts. We struggle to be seen as the experts. That's usually the biggest battle we deal with. And I have to bring this up all the time with policymakers. Talk with us, consult with us first before you make policy announcements.

How do you respond to those who say FGM is a personal choice?

Fa: They're cutting the girls very early. They're not asking them if they want or no. There's no choice.

Who needs to be convinced this needs to change — doctors, parents, the girls themselves?

Fa: My own opinion is the first people are the communities. In Senegal, on the 10th of January 1999, a law forbade FGC in the whole country. [But] if a husband or community is still putting pressure on the mom, she will cut. You have to educate the community about the dangers and the consequences if they cut their children. We have to really reach the young people in the classroom, and those who will become mothers in the next few years, to let them know the consequences of cutting.

You have to be careful with the language you use when discussing this issue, right?

Hussein: Our generation was the first to call it child abuse, where previous campaigners didn't use those particular words. They were really careful about not offending people. We saw it wasn't working. These were great campaigners who opened the doors for us. So we came in and said, thank you for letting us in through the door, we're going to take this to another level. Everyone was talking about the woman and forgot about the child. The child doesn't have a voice.

Fa: I avoid using the word "mutilation." I use "cutting" because I did not see that my mom mutilates me. She loves me. When I go to communities, I don't use the word "mutilation" because African women are very smart, they listen very carefully to what you are saying. They make their own assessment. When you leave, they say, "She just accused us of being mutilators."

Hussein: I actually hate when they use the word "cutting," because for me, it was minimizing what a lot of the women go through. If you examine those women, it's not what happened. However I understand that a woman decides for herself what she likes it to be called. So when I do assessments for the women who come to my clinic, that's actually one of the questions: How would you like me to refer to it? I ask, What is it you use in your language?

We never use the word victim. Victims died. We're alive and telling the story.

What were your own experiences of being cut?

Fa: I didn't know what they did to me. I was very young, 4 or 5 years old. I thought it was something normal.

Hussein: My dad's family weren't practicing [FGM] but my mum was under so much pressure from her own family and she took the opportunity to do it [to me and my sister] when [my father] wasn't around. And he was angry at her for many years. But obviously he understood the pressure she was under.

This was while you were in Somalia?

It wasn't something that was questioned.

Fa: In my village, I think only one woman was not cut. She came from another community and married a man. When she came, she said where she comes from, if she gets cut, she can die. And imagine — you know what the ladies in my village were doing? When she went to work in the farm, they told her, "You cannot cross this area because you're carrying your clitoris." She was treated like an animal.

Do you see reason for hope in the places where you share your message?

Fa: In one community I visited, a girl, maybe 13, stood up and said, "Today it's my day. I asked two times to my auntie to take me into bush and cut me. But today I'm happy because I'm the one who has the full body." The parents had decided to do the right thing because she didn't grow up in the village. She was talking so powerfully: "My body will be the way it is. I won't ask my auntie anymore to cut me."

What role have your parents played in the work that you do?

Fa: My mom passed away very early; I never had a chance to talk with her about what happened to me. My father was very open and he says, "You have got my support."

Hussein: My parents have been the biggest supporters of my work. When I did my first workshop with men, my father sat right in front. It was his way of protecting me. My family, if I didn't have them, I couldn't do it.

But with my mum, there was a wedge building in our relationship. I was getting resentful toward her. I thought, Why'd she do this? It was therapy that saved us. I heard her story, and hearing her story helped me. She was actually cut twice. A neighbor thought not enough was removed. Hearing my mum — that's why I ended up training as a therapist. We now have the first-ever counseling service for FGM survivors. There is a lot of focus on the physical impact of FGM, but people have forgotten the big scar we have to live with for the rest of our lives. The psychological impact is really important.

My mother apologized to me. That made such a big difference. She said, "I made a big mistake." Actually, what freed her from all this oppression was she realized her religion wasn't teaching that. She finally read the Quran for herself and realized there was nothing on FGM. So that's why she finally apologized. She still lives with that regret. Our mums are not evil people, you understand. They know [without FGM] you will be stigmatized. Even in London in 2015.