Accessibility links
Guess How Much Of Uncle Sam's Money Goes To Foreign Aid. Guess Again! : Goats and Soda A poll shows that Americans have no clue about the percent of the budget pie that is directed to foreign aid. But maybe it's not our fault. 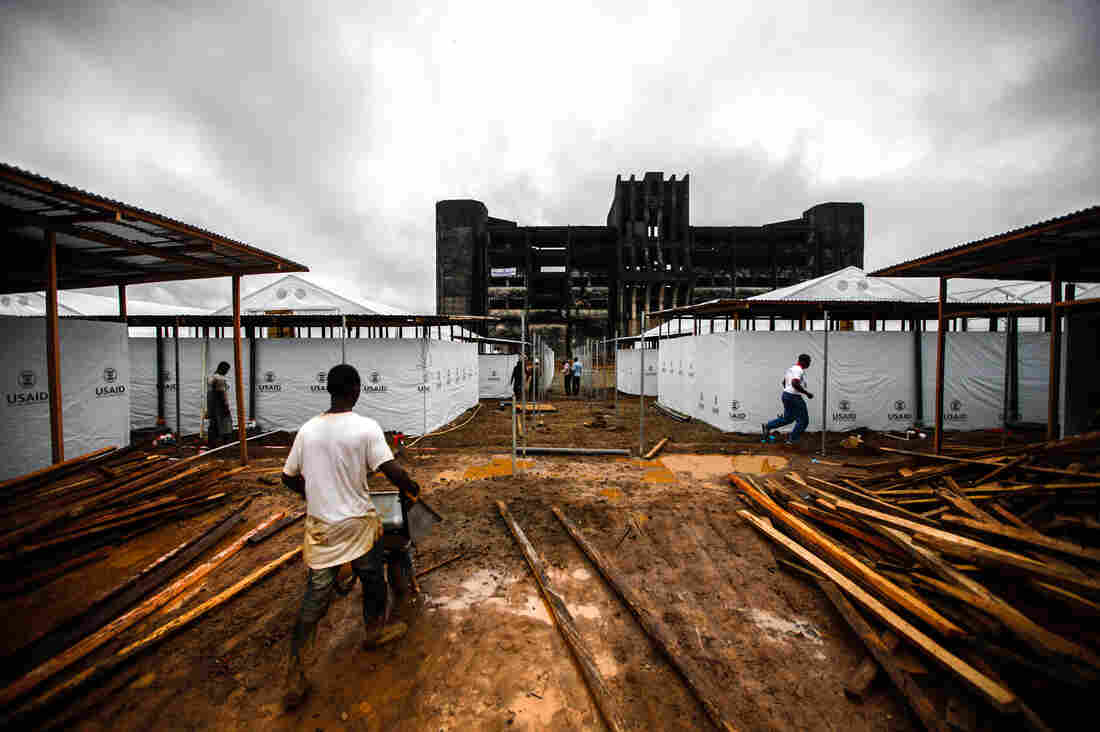 In September, this 300-bed Ebola treatment unit, funded by the U.S., was under construction in Monrovia, Liberia's capital. John W. Poole/NPR hide caption 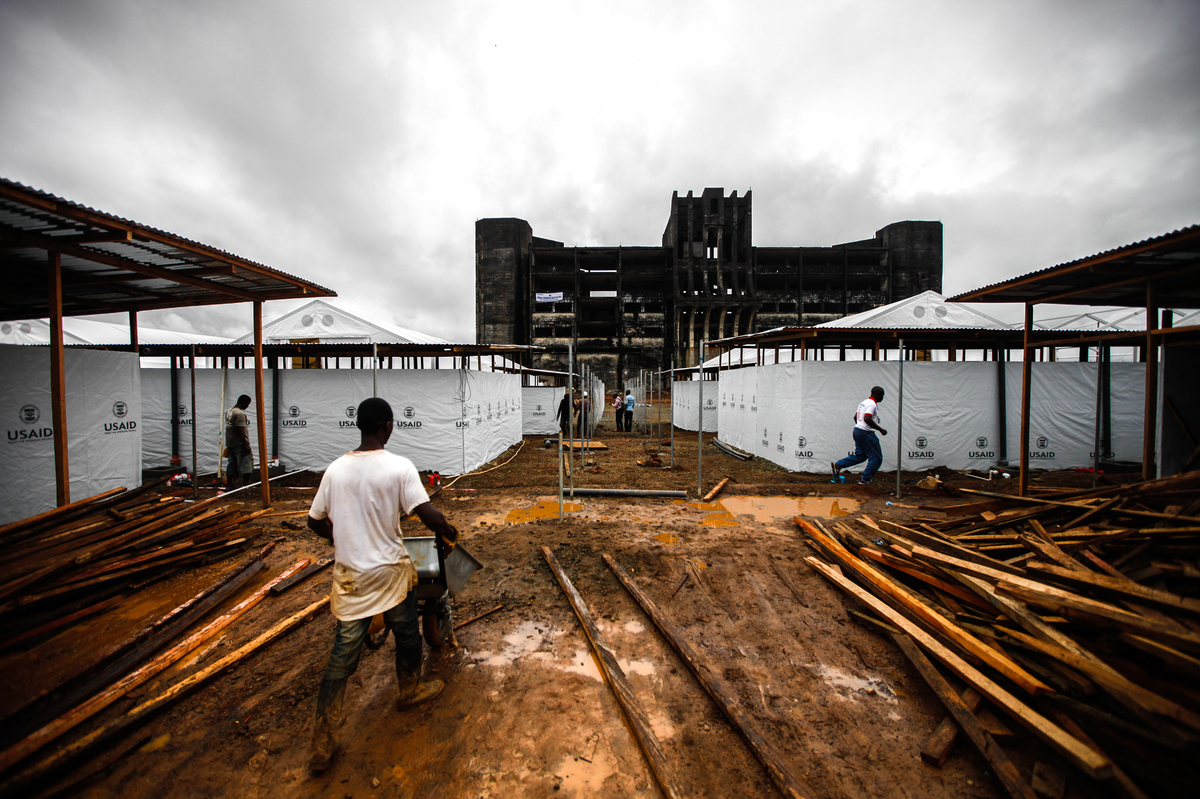 In September, this 300-bed Ebola treatment unit, funded by the U.S., was under construction in Monrovia, Liberia's capital.

How much of the federal budget goes to foreign aid?

If you're like most Americans, you probably guessed wrong.

In December, the Kaiser Family Foundation polled 1,505 people. Only 1 in 20 knew the right answer: less than 1 percent of the $4 trillion federal budget goes to foreign aid. The average respondent estimated that 26 percent went toward assisting other countries.

This is nothing new. The Kaiser Family Foundation has conducted this poll since 2009, and every year the response is the same. But maybe it's not our fault. Maybe the problem is that foreign aid is incredibly complicated. Even coming up with a definition of "foreign aid" is tough. So we spoke to five specialists to soak up some foreign aid smarts.

With Obama's $4 trillion budget for 2016 newly submitted to Congress for approval, here's a primer on the 1 percent.

The definition of foreign aid is pretty broad. The largest portion of the money goes to health: a third of the U.S. foreign aid budget in 2014, or more than $5.3 billion. The next two biggest portions go toward economic development and humanitarian assistance. Small sums of aid support democratic elections in other countries. A tiny portion goes to protect forests in countries where logging is destroying natural habitats. Some aid funds programs that train local law enforcement to combat drug trafficking. (But no foreign aid goes directly toward another country's military.)

The vast majority of spending on health goes to HIV/AIDS projects. In 2014, the U.S. spent $3.1 billion on HIV/AIDS — about a fifth of the foreign aid budget. The next two big health categories were "Maternal and Child Health," at about $530 million, and malaria, at about $470 million. Of all the global health expenditures, a category labeled "Pandemic Influenza and Other Emerging Threats" receives the least funding, about $66 million in 2014. Funding for the U.S. Ebola response counts as emergency assistance and is not included in the budget.

Another sixth goes to humanitarian assistance. The majority is earmarked for "Protection, Assistance, and Solutions" — a vague title that refers to caring for refugees who've fled from conflicts. The money feeds and houses the refugees and sometimes covers shelter and migration costs. A tiny amount from this category goes toward disaster readiness.

There's more to foreign aid than the foreign aid budget. First, there's money for Overseas Contingency Operations, or, more simply, finishing up projects that the U.S. already started. For example, in 2013, the U.S. spent $2.1 billion on foreign aid in Afghanistan, even though only $700 million was allocated in the federal budget. Then there's emergency assistance, like the aforementioned Ebola. Finally, the private sector often chips in to help build infrastructure, and its contributions are separate from foreign aid. For example, USAID partnered with Coca-Cola to build juicing facilities in Haiti so that locals could turn their mangoes into a marketable product.

If you want to know more about foreign aid, you'll have an easier time of it than in years past. Details are available at foreignassistance.gov.

The U.S. is pretty generous ... until you consider how much money it has. "On the one hand, you can say that the U.S. is the most generous because it is one of the biggest donators to foreign aid," says Phyllis Pomerantz, a professor of public policy at Duke University. "But on the other hand, we have one of the lowest percentages of gross national income donated to foreign aid," she says.