Accessibility links
Nigeria Is On The Verge Of Bidding Goodbye To Polio : Goats and Soda It's the last country in Africa where polio is hanging on. The good news: There hasn't been a case in more than six months. But that doesn't mean the virus is history. 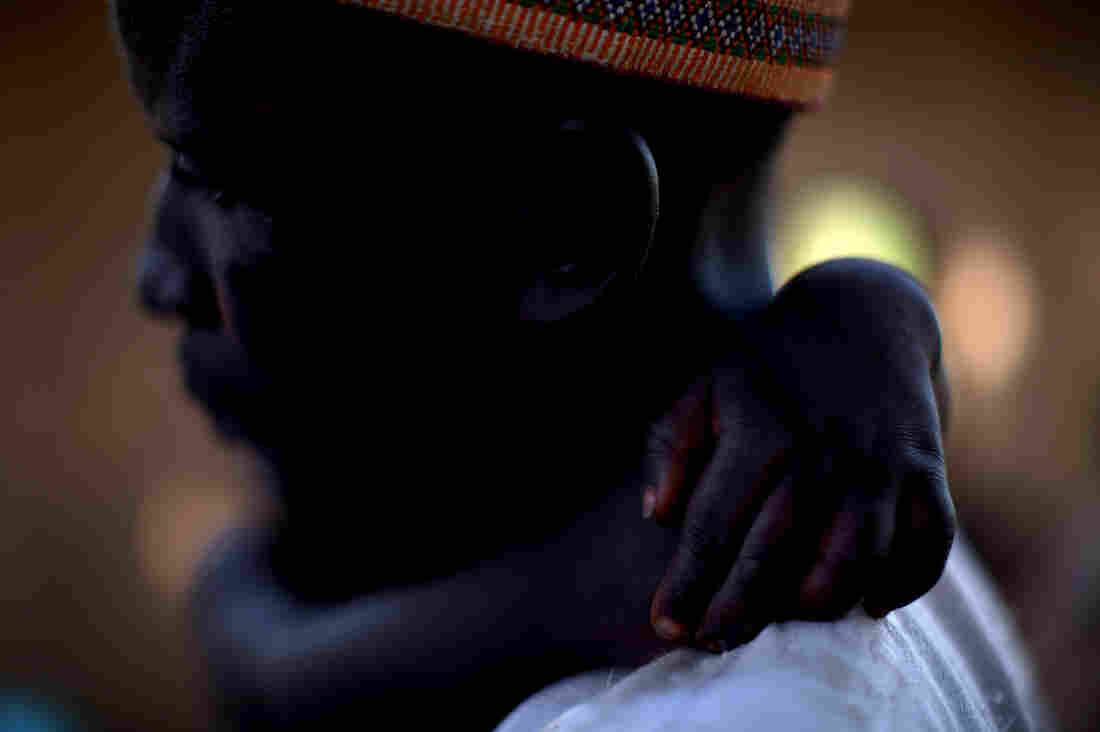 In this 2012 photograph, Adamu Ali carries his 4-year-old son, Omar, who was stricken with polio earlier that year. They live in the Nigerian village of Minjibir. David Gilkey/NPR hide caption 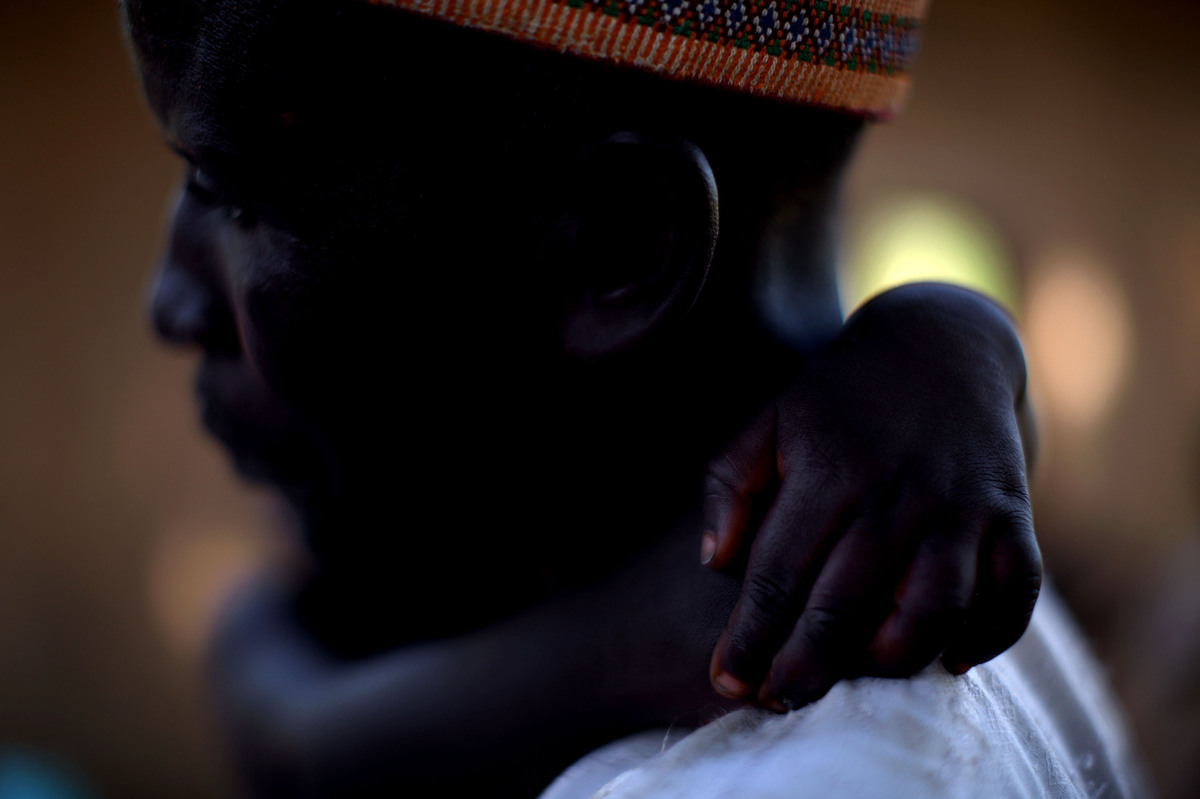 In this 2012 photograph, Adamu Ali carries his 4-year-old son, Omar, who was stricken with polio earlier that year. They live in the Nigerian village of Minjibir.

Nigeria, Pakistan and Afghanistan are the three countries where polio transmission has never been brought to a halt.

Now Nigeria may be leaving this unfortunate club.

In 2006 the West African nation recorded more than 1,000 cases of polio-induced paralysis. Last year it had only six; the most recent was in July.

"This I believe is the first time in history that they've gone this long without having a case," says Gregory Armstrong, chief of the polio eradication branch at the Centers for Disease Control and Prevention.

If polio really has been stopped in Nigeria it would be a major step forward in the global effort to drive the virus in to extinction.

"Nigeria has been the source of polio throughout much of Africa over the last ten years or so," Armstrong says.

But six months is not enough time to tell if polio has really been wiped out in Nigeria. 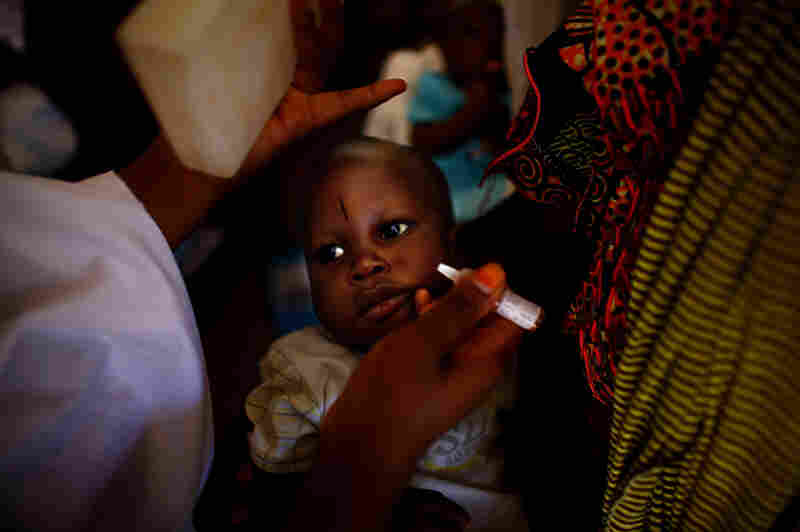 At the health clinic in Minjibir, two drops of vaccine are dropped into a child's mouth during a 2012 campaign. David Gilkey/NPR hide caption 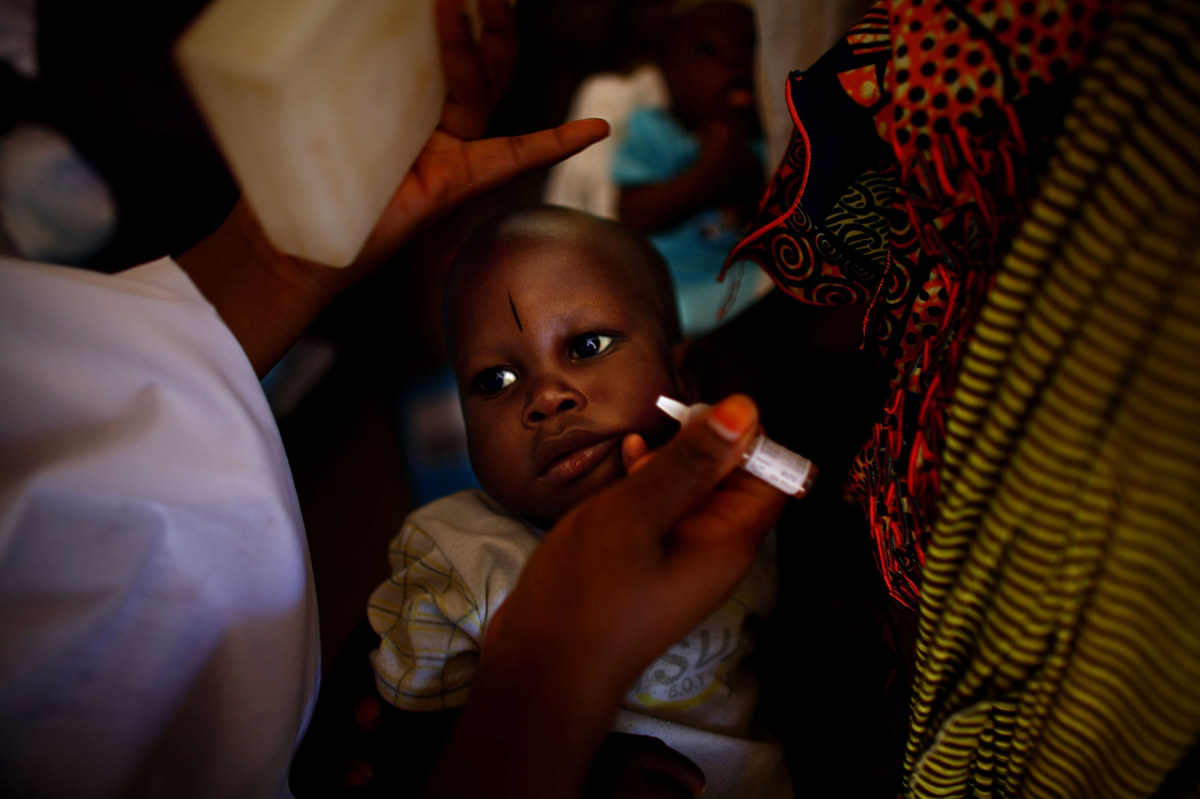 At the health clinic in Minjibir, two drops of vaccine are dropped into a child's mouth during a 2012 campaign.

First, the polio virus is hard to track. The fact that there've been no recorded cases of polio paralysis does not mean the virus is gone. Someone could be infected with polio and be spreading the disease yet not showing any symptoms.

"It's only in [fewer] than 1 in 200 cases that it actually causes paralysis. that it causes polio myelitis," says Armstrong. "So the vast majority of infections are not visible to us."

The other major problem for polio eradication in Nigeria are the Islamic militants Boko Haram. Just as the Taliban has disrupted efforts against polio in Pakistan, Boko Haram has denounced vaccinations and made it nearly impossible to vaccinate kids in parts of Northern Nigeria.

Borrowing a tactic from the polio campaign in Pakistan, vaccinators in Nigeria set up checkpoints on major roadways and try to immunize children as they enter or leave areas dominated by Boko Haram.

They call the technique "hit and run." When there's no fighting or signs of the Islamic militants, health teams rush in, do a one-day immunization campaign, then quickly depart.

"Six months is an important milestone," Vaz says. "But it's clear that we have a lot of challenges ahead."

One of them is politics. Polio immunization drives had been on hold due to the presidential elections scheduled for this weekend. The idea was that once things settled, the vaccination campaigns would ramp up again. But now the Nigerian election commission has postponed the vote for another six weeks, so it's unclear when the next national immunization campaign will happen.

It Turns Out That Fighting Polio Is Good Training To Fight Ebola Nov. 3, 2014
At Polio's Epicenter, Vaccinators Battle Chaos And Indifference Oct. 16, 2012

But health officials in Nigeria say they are committed to pushing forward with the polio eradication drive.