Accessibility links
Valentine's Day Has Another Side: Fighting For Freedoms For Women : Goats and Soda The V-Day Movement aims to fight unfair laws that abuse and discriminate against women. In Malta, for example, a man can abduct a woman and get away with it if he marries her.

Valentine's Day Has Another Side: Fighting For Freedoms For Women

Valentine's Day Has Another Side: Fighting For Freedoms For Women 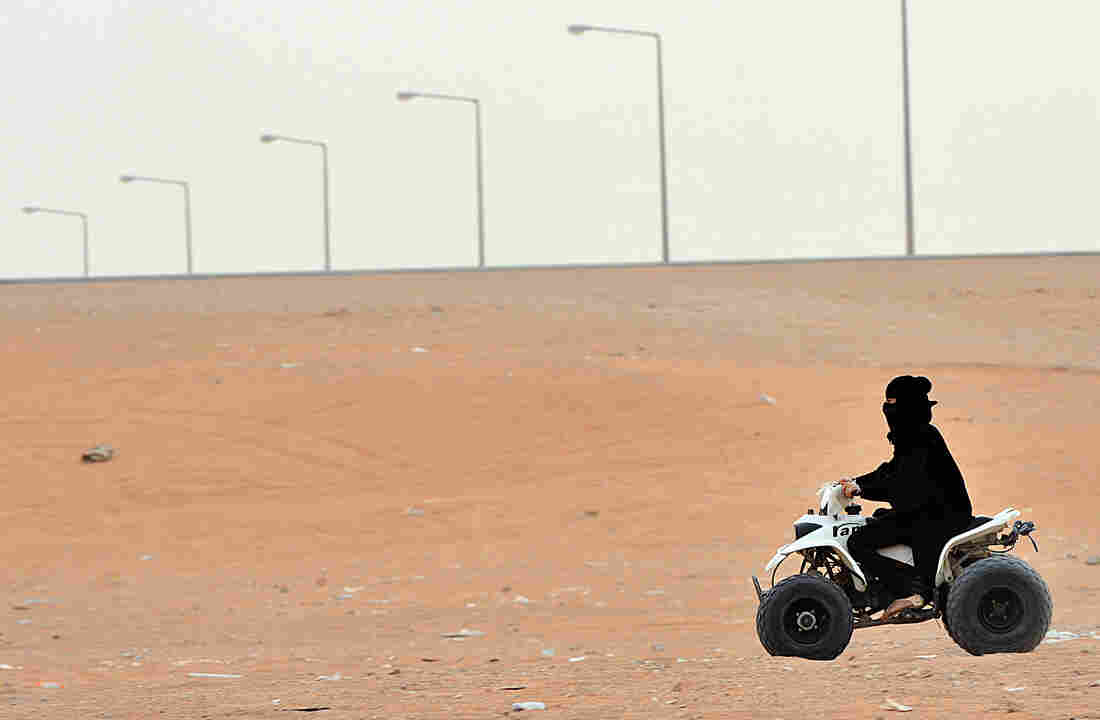 A very small step for Saudi women: A few years ago the ban was lifted on driving all-terrain vehicles and motorcycles, as long as the driver is in a recreational area, wearing a full veil and accompanied by a male relative. But it's still illegal for them to drive cars. Fayez Nureldine/AFP/Getty Images hide caption 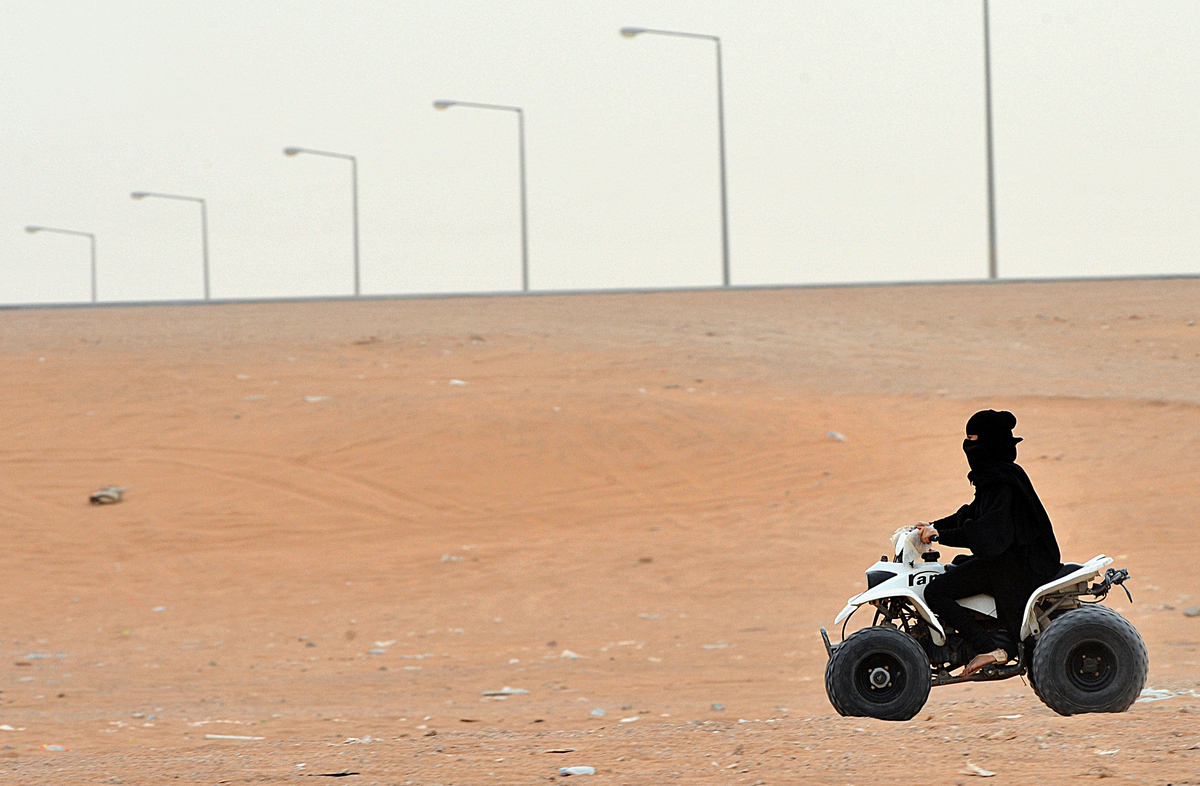 A very small step for Saudi women: A few years ago the ban was lifted on driving all-terrain vehicles and motorcycles, as long as the driver is in a recreational area, wearing a full veil and accompanied by a male relative. But it's still illegal for them to drive cars.

Valentine's Day isn't just about candy hearts and kisses — at least not for global activists. For them, Feb. 14 is V-Day, the international day of ending violence against women and girls.

Started in 1998 by Eve Ensler, the creator of the play The Vagina Monologues, the V-Day movement tackles the abuse and discrimination that women face. In the constitutions of many countries, equality is guaranteed by law. But that's not always the case. A report published today by the nonprofit Equality Now highlights more than 40 national laws that take those rights away.

Some of the laws make it legal for a man to abuse — and rape — his wife. Others dictate what jobs women can and can't do. Still others declare that women are worth less than men.

"The most surprising thing is just to see in black and white how governments so clearly see women [as] second class to men in the law," says Antonia Kirkland, legal adviser for Equality Now. The explicit discrimination in these laws, she adds, is only "the very tip of the iceberg."

Back in 1995, nearly 200 governments came together for the annual U.N. World Conference on Women and pledged to revoke all sexist laws. The U.N. also made gender equality one of the Millennium Development Goals in 2000. But little progress has been made.

So activists are asking the public to take action. Here is a sampling of outrageous laws — taken directly from the legal codes of different countries — that activists at Equality Now are campaigning against.

In Yemen, a husband is legally entitled to have sex with his wife. "A husband has the right to be obeyed by his wife in the interest of the family ... . She must permit him to have legitimate intercourse with her when she is fit to do so." And in India, "Sexual intercourse or sexual acts by a man with his own wife, the wife not being under fifteen years of age, is not rape."

In Nigeria, it's not a crime to hit your wife for the purpose of "correcting" her. "Nothing is an offence which does not amount to the infliction of grievous hurt upon any persons which is done: (d) by a husband for the purpose of correcting his wife, such husband and wife being subject to any native law or custom in which such correction is recognized as lawful."

In Egypt, a man who kills his wife over her "act of adultery" will not be punished for murder. "Whoever surprises his wife in the act of adultery and kills her on the spot together with her adulterer-partner shall be punished with detention instead of the penalties prescribed in Articles 234 [unpremeditated murder] and 236 [assault]."

In Malta, a man guilty of abducting a woman is not liable for prosecution if he marries his victim. "If the offender, after abducting a person, shall marry such person, he shall not be liable to prosecution, except on the complaint of the party whose consent ... would be required for the marriage; and if the marriage takes place after the conviction, the penal consequences thereof shall cease and the party convicted shall, upon his application, be forthwith released by order of the court."

In Saudi Arabia, a 1990 fatwa, or religious edict, bans women from driving. "The issue of women's driving of automobiles ... is known [as] a source of undeniable vices ... . It could also lead to committing 'haraam' [taboo] acts.... Thus, the pure 'Shari'a' prohibited all the ways leading to vice... . Women's driving is one of the means leading to that and this is self-evident."

In Iran, a woman can be jailed for not following the Islamic dress code, which includes wearing a hijab. "Women who appear in public without prescribed Islamic dress (hejab-e-shar'i), shall be sentenced to either imprisonment of between 10 days and 2 months or a fine of between 50,000 and 500,000 rials [up to $18 USD]."

In Guinea, a married woman can only work if she has permission from her husband. "A wife can have a separate profession from that of her husband unless he objects. If the husband's opposition is not justified by the interests of the family, the woman may be authorized by way of law to override it."