Accessibility links
Good News: More Crops! Bad News: More Plague! : Goats and Soda Tiny patches of Tanzanian farmland contain more rats than do nearby forests. These rats are more likely to carry the bacteria that cause the plague in humans. 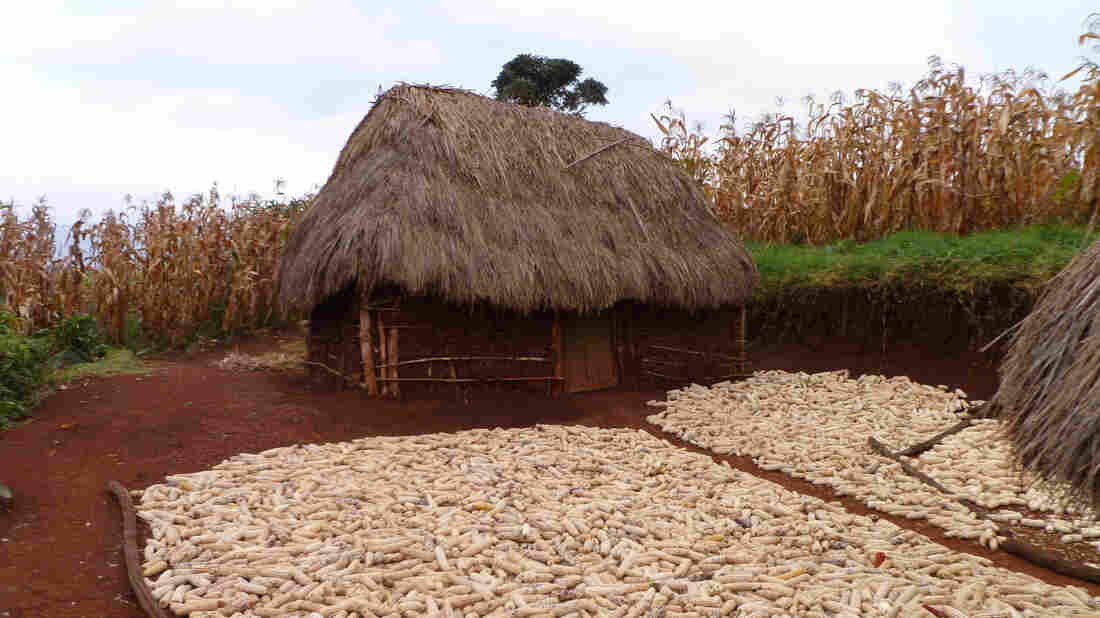 The maize stored outside this farmer's house is a magnet for rodents that could host plague-carrying fleas. Courtesy of Douglas McCauley hide caption 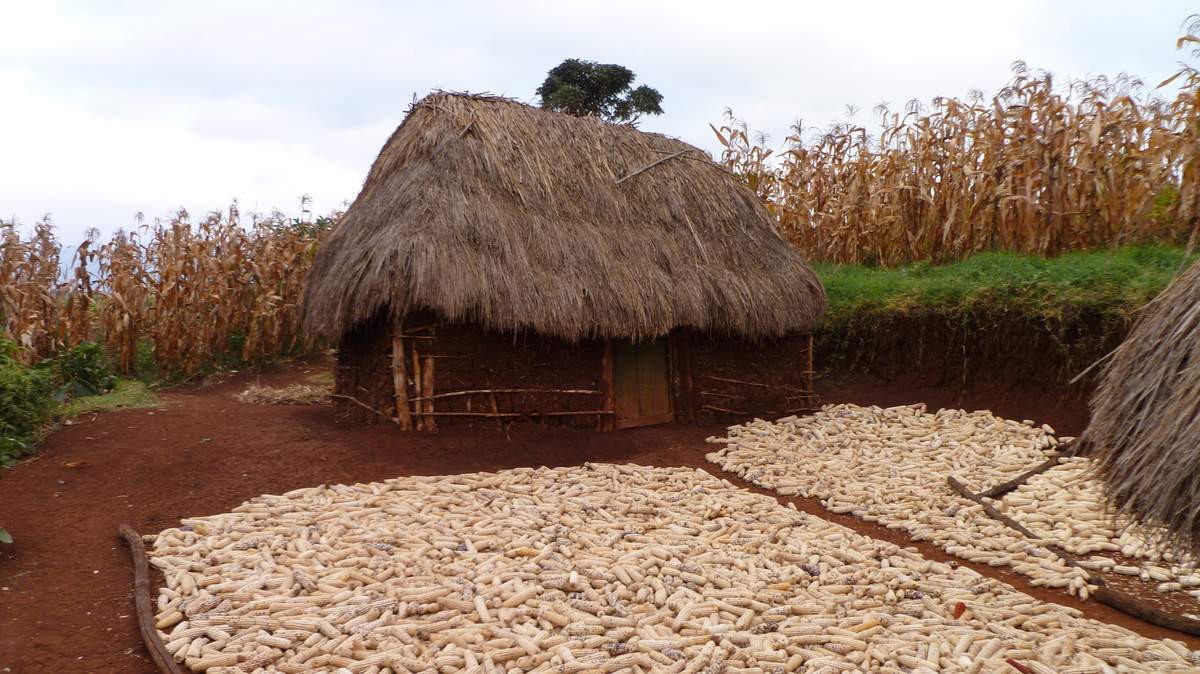 The maize stored outside this farmer's house is a magnet for rodents that could host plague-carrying fleas. 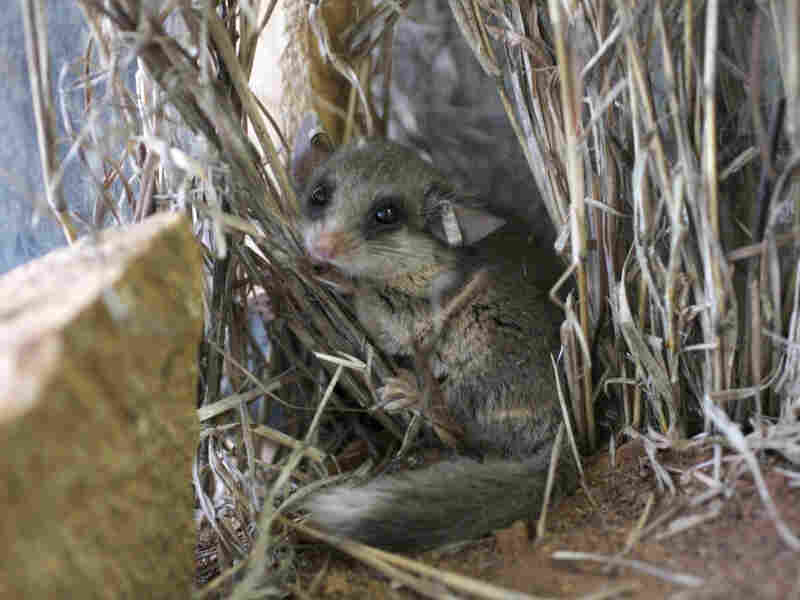 The woodland dormouse is one of several species of rodent found in Tanzanian forests and farms. Courtesy of Lauren Helgen hide caption 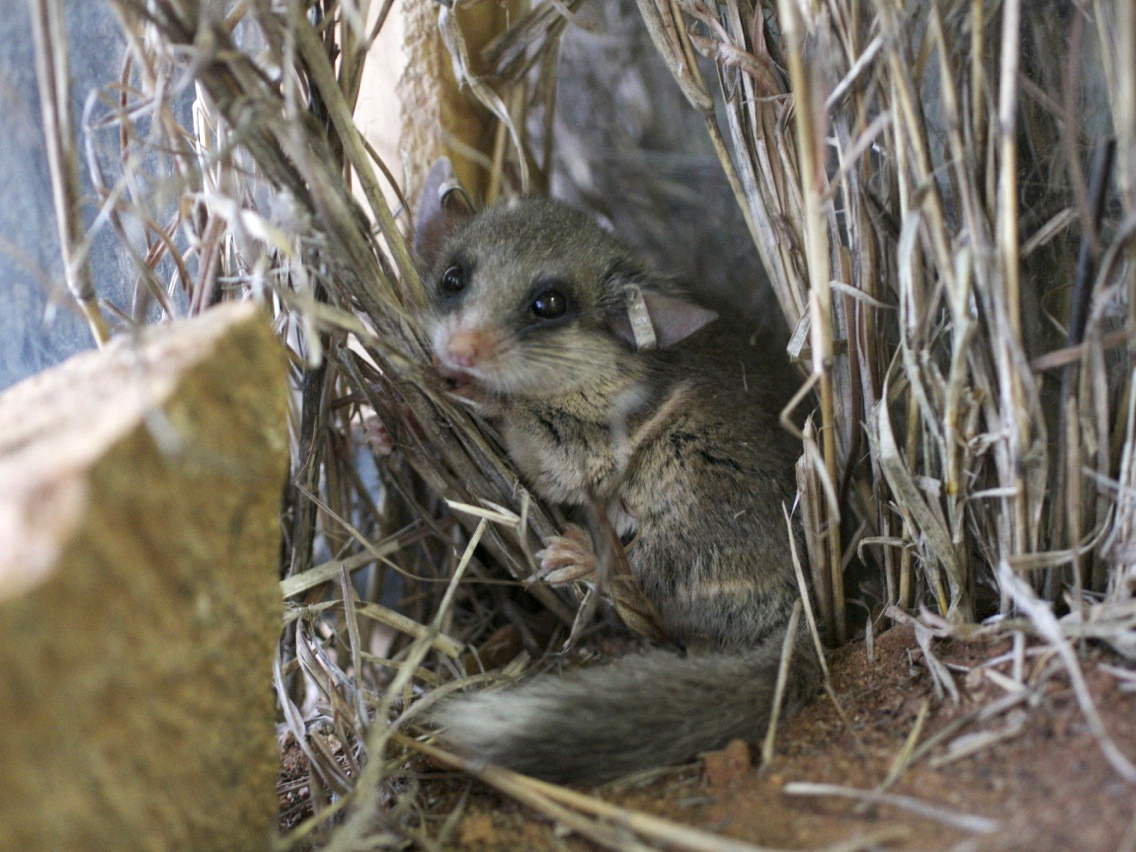 The woodland dormouse is one of several species of rodent found in Tanzanian forests and farms.

And to get more food, you need more farmland.

There's a relatively simple solution — it's called "land conversion," and it can mean creating new fields to grow crops next to fragments of forest.

Only there's a catch. The rats of the forest are drawn to the crops of the farmland — and to the grains that farmers often store outside their homes. And those rats can carry the bacteria that causes plague — the very same plague responsible for claiming millions of lives during the Middle Ages.

"Throughout East Africa there's been a lot of push toward land conversion," says Hillary Young, a community ecologist at the University of California, Santa Barbara. Young is particularly interested in some of the pests on this farmland: specifically, the rats that come to poach harvested crops. Recently, she completed a study showing that rats on farmland are more likely to carry the bacteria that cause plague than rats in the forest. 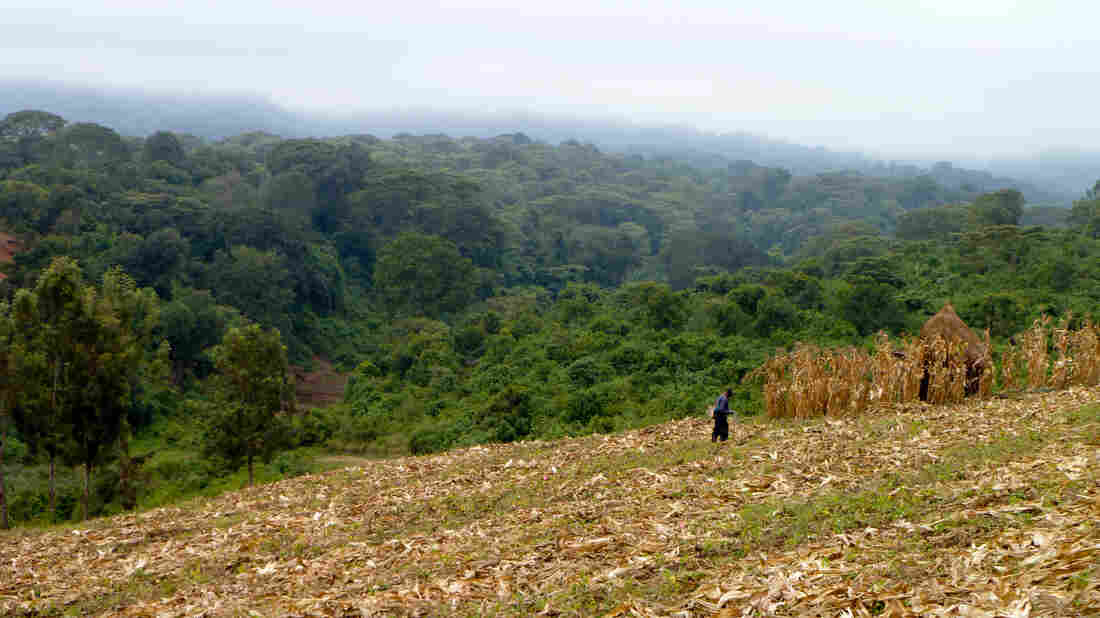 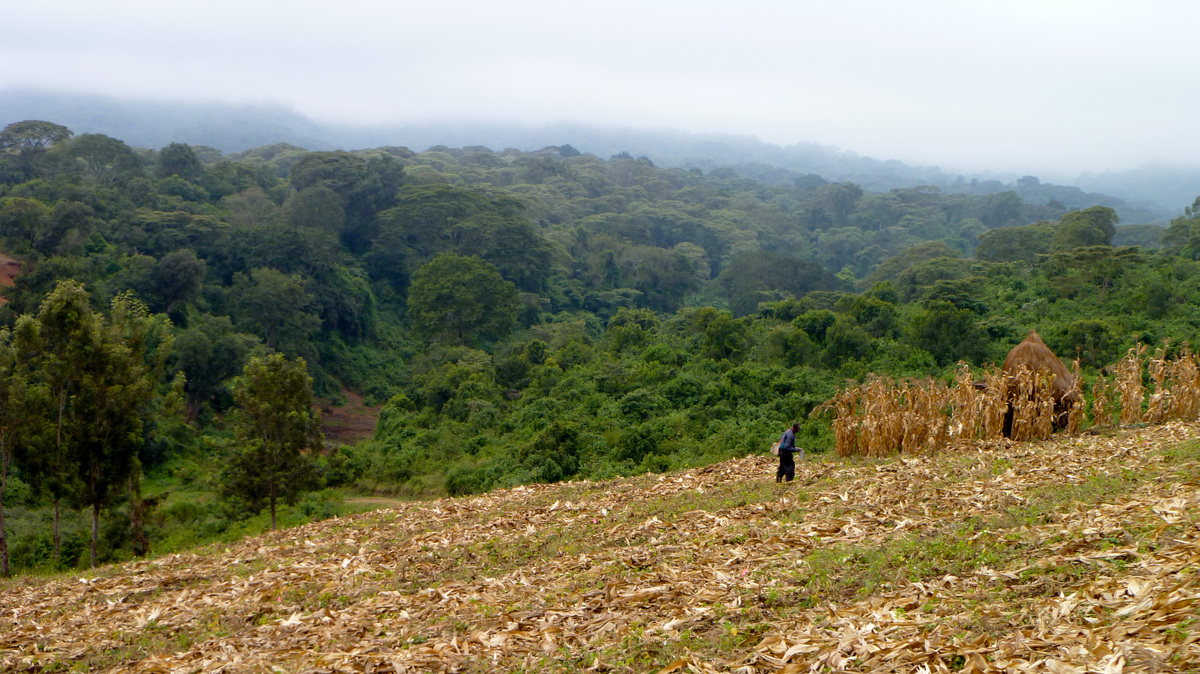 In Africa, land that borders forests is increasingly used for farming.

When fleas carrying Yersinia pestis bacteria jump from a rat to a human, the human gets the plague. More than 1,000 plague cases are reported to the Centers for Disease Control and Prevention each year, many of them in rural Africa. With antibiotic treatment, many people survive the plague. But without treatment, an infected person can die.

"In these particular communities there are recurring outbreaks of plague," says Young. She and her coauthors trapped rats on farmland and in forests, and then tested the rats' blood for plague bacteria and combed the rats' fur for plague-carrying fleas. They found more rats on the farmland than in the forest and that the farmland rats more frequently tested positive for plague.

Given what she saw in the rats, Young says she is surprised that more people aren't getting the plague. Local farmers pile harvested crops right outside their houses or sometimes bring the bags inside. Lured by the sweet scent of grain, the rats come right up close to the people.

"They bring all of these diseases right into their home," Young says. What's more, rodents and other pests eat 15 to 30 percent of the harvest. "A crop storage solution would really help both problems here."

One of the best solutions? An airtight bag, says Jacob Ricker-Gilbert, a professor of agricultural economics at Purdue University. Purdue researchers developed a triple-layer bag for airtight storage of cowpeas, a popular legume in West Africa. The lack of air means any insects harvested with the grain will suffocate. Plus, the scent of the grain doesn't leave the bag, so the harvest attracts fewer rodents.

"One of the nice things with the bag is that you can keep it inside the house," Ricker-Gilbert tells Goats and Soda. Since most of the farms are small, it doesn't make sense to invest in a silo. And even if farmers have access to a community silo, many worry the silo is a target for theft.

Plague Outbreak In Madagascar Spreads To Its Capital Nov. 21, 2014
Shades Of The Middle Ages: The Plague Popped Up In China And Colorado July 24, 2014

Still, rodents are persistent. Coauthor Doug McCauley, a biologist at UC Santa Barbara, worries that rats might chew through the bags.

And even if the rats aren't biting, the farmers may need to be persuaded to use the bags. After all, Young says, farmers are "much more concerned about feeding their children than getting plague."