Accessibility links
Global Rules Of Greeting Vary, But Biden And Travolta Get No Support : Goats and Soda The vice president and the actor are getting panned for the way they greeted women in the past week. That made us wonder: What's the greeting etiquette in parts of the world we cover in our blog?

Global Rules Of Greeting Vary, But Biden And Travolta Get No Support

Global Rules Of Greeting Vary, But Biden And Travolta Get No Support 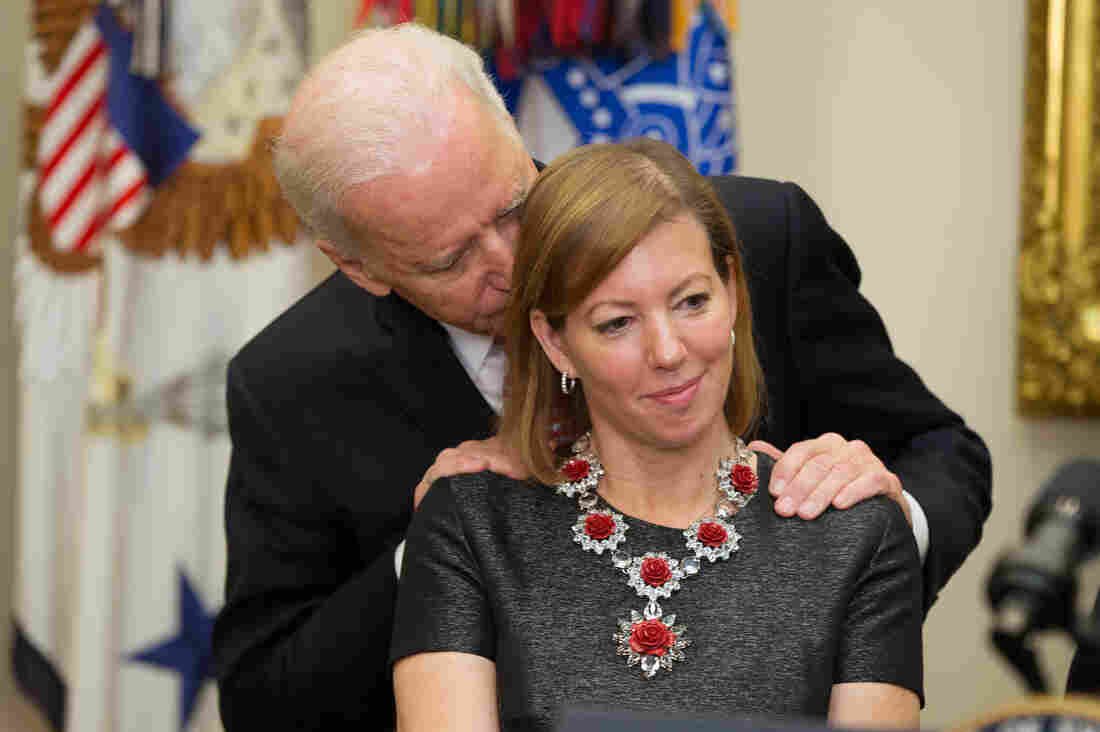 Vice President Joe Biden was criticized for coming up from behind and getting too close to Stephanie Carter at her husband's swearing-in ceremony as secretary of defense. Evan Vucci/AP hide caption 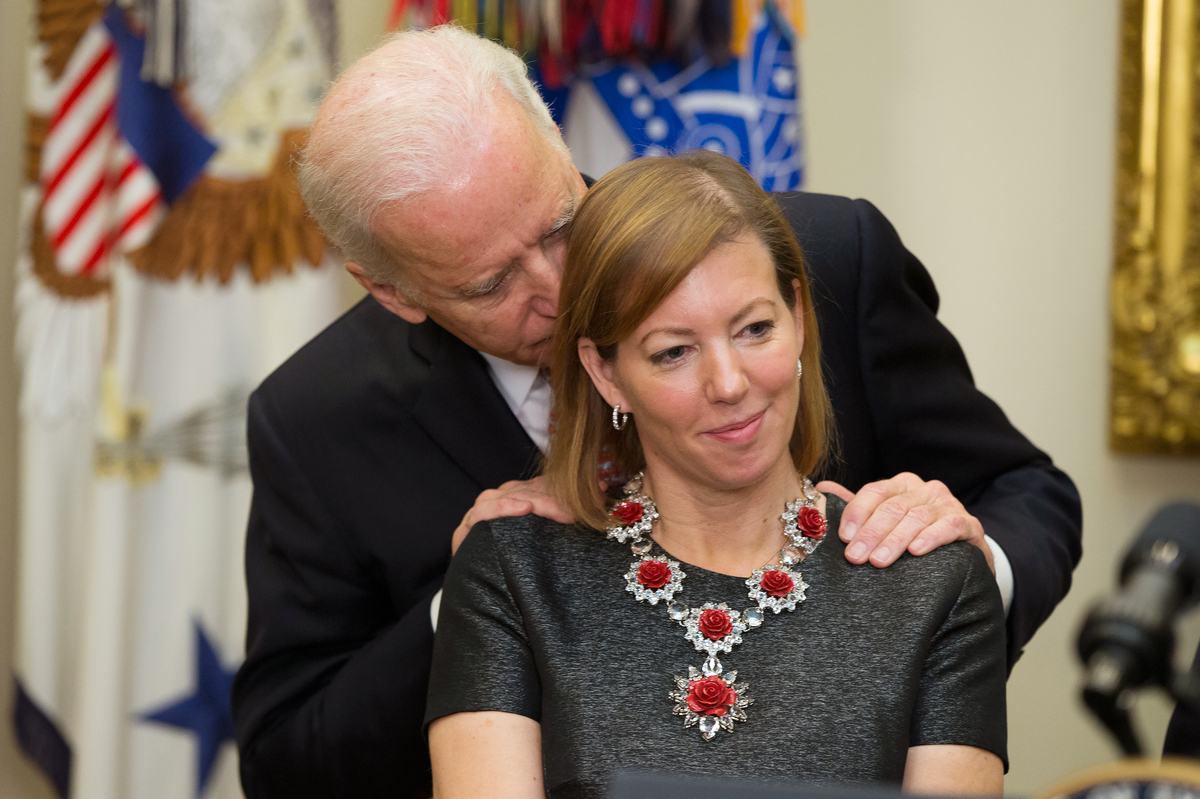 Vice President Joe Biden was criticized for coming up from behind and getting too close to Stephanie Carter at her husband's swearing-in ceremony as secretary of defense.

Joe Biden and John Travolta don't seem to know when they're getting too close for comfort.

Last week, the vice president went up to Stephanie Carter, the wife of the newly named secretary of defense, and put his hands on her shoulders and whispered in her ear. She did not look at all amused.

At the Oscars, Travolta did a double no-no. Before the ceremony he put his hand on Scarlett Johansson's waist and leaned in for a smooch. She had a deer-in-the-headlights look. During the show, he touched the chin of co-presenter Idina Menzel. It's unclear if that was scripted or spontaneous. To judge by the flustered look on her face, I'd vote for the latter.

Joe Navarro, a former FBI agent who wrote about body language in his book What Every Body Is Saying, says "9 inches" is as close as you'd want to get for a conversation in a social setting in the U.S. (Unless you know the person very very well.)

That made me wonder: What about other countries? What are the rules of personal space?

When Navarro's family emigrated from Cuba to the U.S., he remembers his American teacher telling him, "You have to stand back a little bit." In social settings in the U.S., he has found, people keep a 3 to 4 feet distance. "But in Latin America," says Navarro, "that's just frigid, that's like an icicle."

Our global health correspondent Jason Beaubien recalls meeting a local minister of health in Mexico. It was their first encounter. He leaned in to give her an air kiss, which is customary in Latin America. She took him to task for not actually planting his lips on her cheek.

Nurith Aizenman, NPR's international development correspondent, remembers a totally different experience as a woman covering Afghanistan for The Washington Post. She had to train herself not to offer a handshake when interviewing men. Any contact between unrelated men and women is taboo. So she'd stand face-to-face, place her hand on her heart and give a slight bow.

She got so good at the no-handshake posture that when she shifted to covering Central America, she was momentarily stunned the first time a man she was interviewing went for the standard Latin kiss on the cheek. 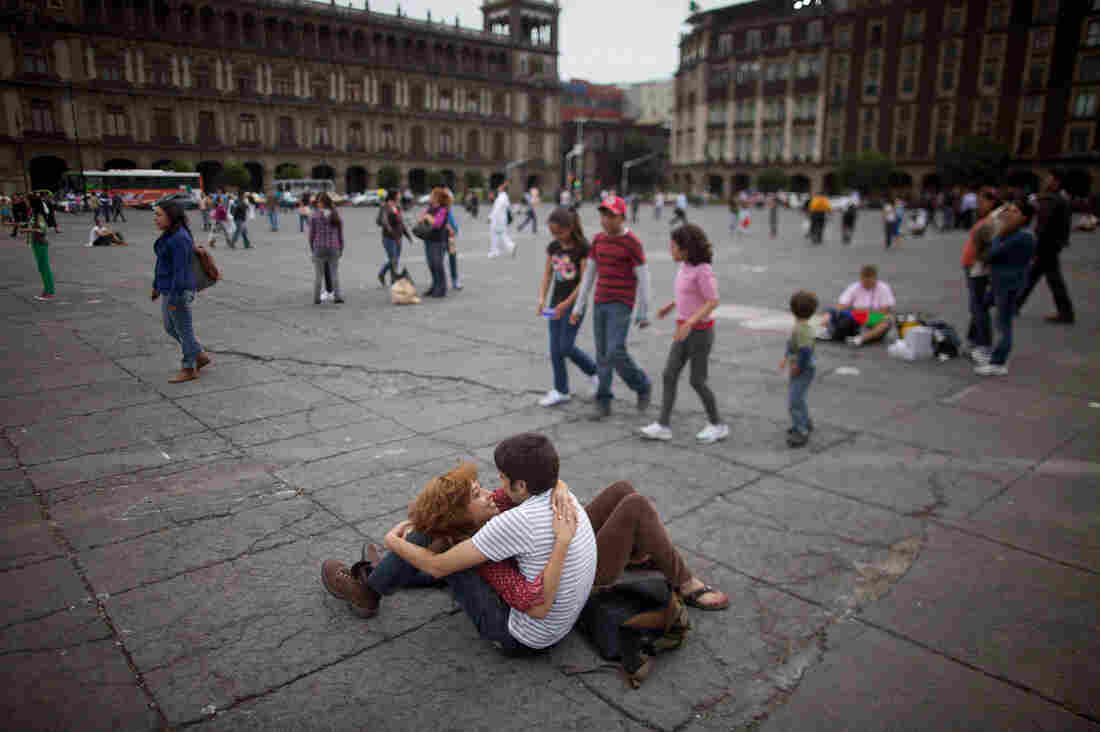 A scene in Mexico city affirms that Latin America is a land of openly expressed affection. Esteban Felix/AP hide caption 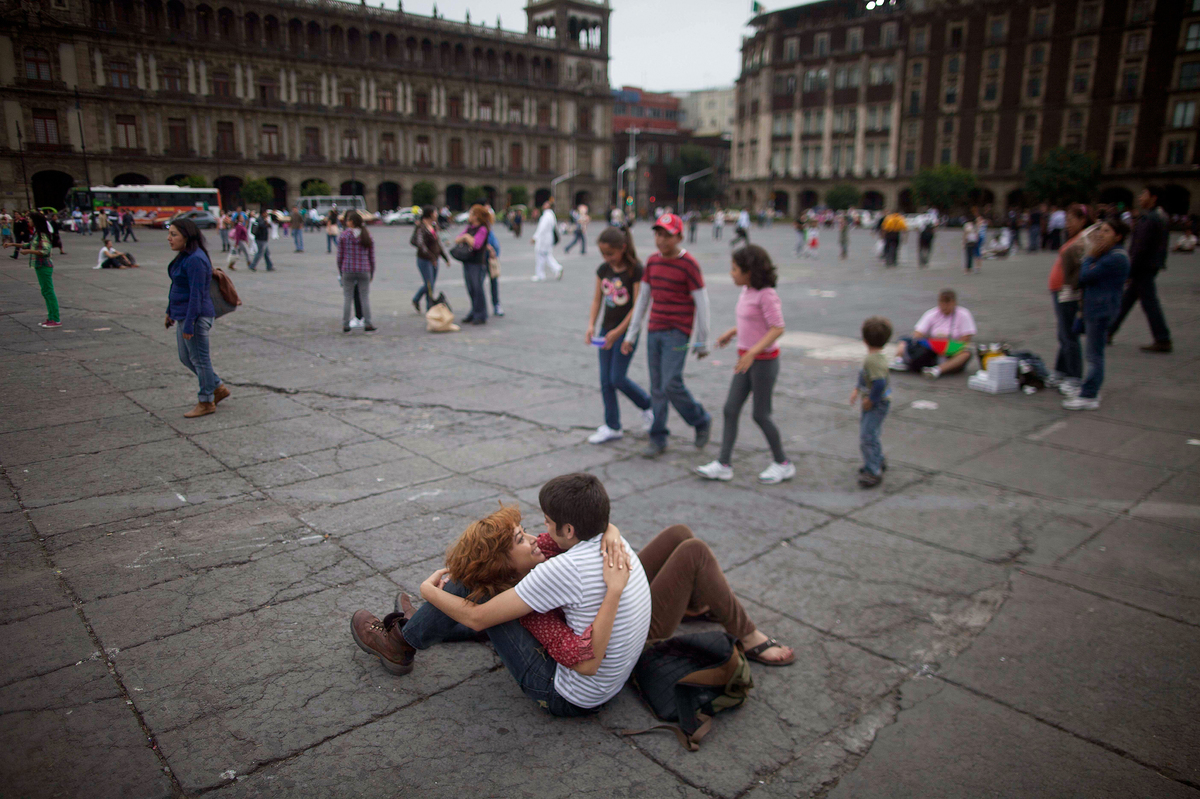 A scene in Mexico city affirms that Latin America is a land of openly expressed affection.

So yes, different strokes, for different parts of the world. And you really do have to tune into the local culture.

There are also different rules about touching.

"In Senegal, which is deeply conservative, majority Muslim and openly very friendly to foreigners, people don't even hold hands in public," reports NPR's West Africa correspondent Ofeibea Quist-Arcton. "It always struck me as quite unusual when I moved here. Now I'm quite used to it. Even young people are not given to public displays of even hand-holding!

In fact, in different African countries there are many ways to greet that do not involve physical touching: clasp your hands together, touch your heart, nod, genuflect, curtsy, clap your hands.

In Ghana, however, men are comfortable holding hands — or little fingers – "and there's nothing unusual or no-no about it," Quist-Arcton says.

Respect for the person you approach, she says, is critical all over Africa.

But she adds that you have to be flexible and adapt, wherever you find yourself on the continent. From country to country, customs may vary: from air kiss, to cheek kiss to hand shaking. Even how long to shake can vary.

However you greet someone in Africa, you need to show respect, Quist-Arcton says. So Travolta and Biden wouldn't get a thumbs up for their behavior. "You're definitely not going to see a man taking a woman's head in his hands," Quist-Arcton says.

Nor is it a good idea to come up from behind, as Biden did. Quist-Arcton wonders: "Is that a good thing anywhere?" I think the answer is self-evident!