Accessibility links
It Kills Germs For Up To 6 Hours. Can It Wipe Out Ebola? : Goats and Soda Zylast is a hand sanitizer that offers protection far longer than alcohol-based products or chlorine solution. That's why USAID has named it one of its "Fighting Ebola Grand Challenge" winners.

It Kills Germs For Up To 6 Hours. Can It Wipe Out Ebola?

It Kills Germs For Up To 6 Hours. Can It Wipe Out Ebola? 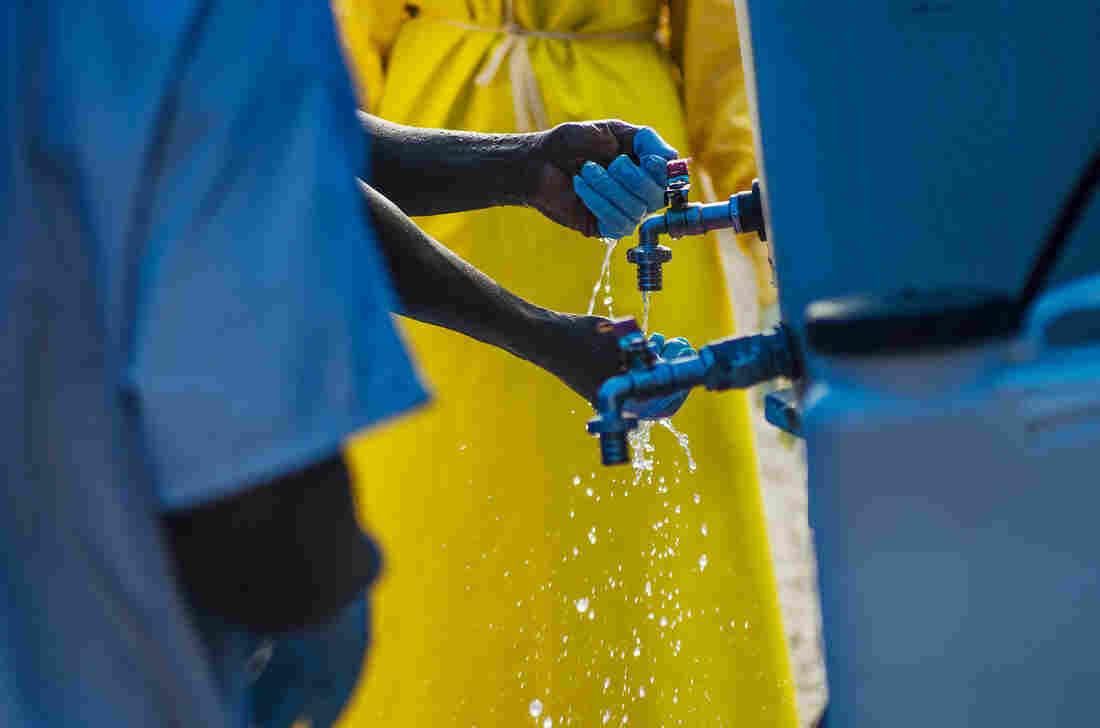 A health worker in Liberia washes up after leaving a clinic's Ebola isolation area. Tommy Trenchard for NPR hide caption 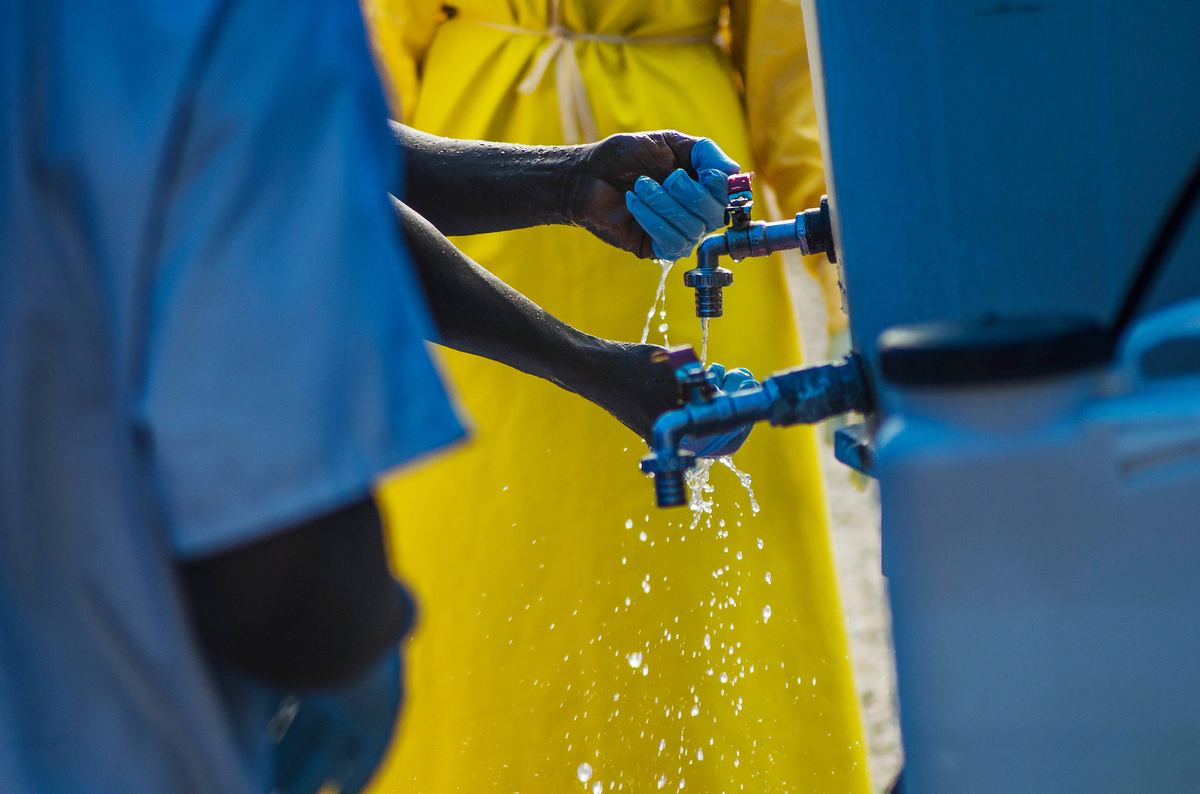 A health worker in Liberia washes up after leaving a clinic's Ebola isolation area.

Clean hands go a long way toward preventing the spread of many illnesses, including Ebola. But finding the right hand-wash to impede deadly germs is tricky.

A squirt of alcohol-based sanitizer like Purell kills or denatures many microbes on contact. In the case of bacteria, essentially poking holes in their cell membranes, causing them to shrivel up like water balloons. For viruses, the mechanism is not well-understood. But alcohol evaporates after 15 seconds, allowing for rapid recontamination. Also, alcohol-based sanitizers are mostly ineffective against norovirus, which causes stomach and intestinal issues. And they can chafe the skin.

Chlorine is one of the most effective disinfectants against all microbes, including Ebola, according to Paul Roepe, an infectious disease specialist at Georgetown University. But it too stops working soon after it dries (as does ordinary soap). And it can irritate the skin with repeated use, even in the 0.05 percent diluted chlorine solution used at Ebola treatment centers for hand-washing. 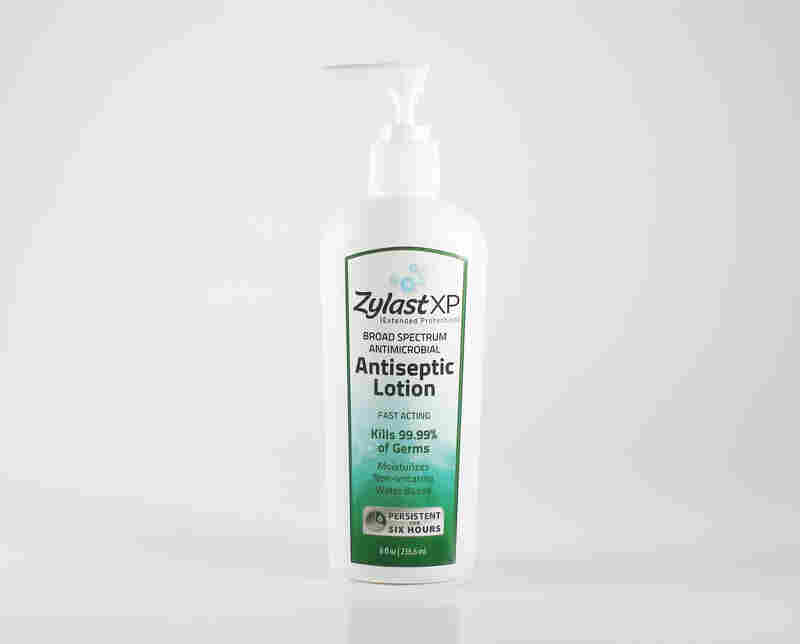 The germ killer Zylast was cited by the Fighting Ebola Grand Challenge for its long-lasting protection. Courtesy of Zylast hide caption 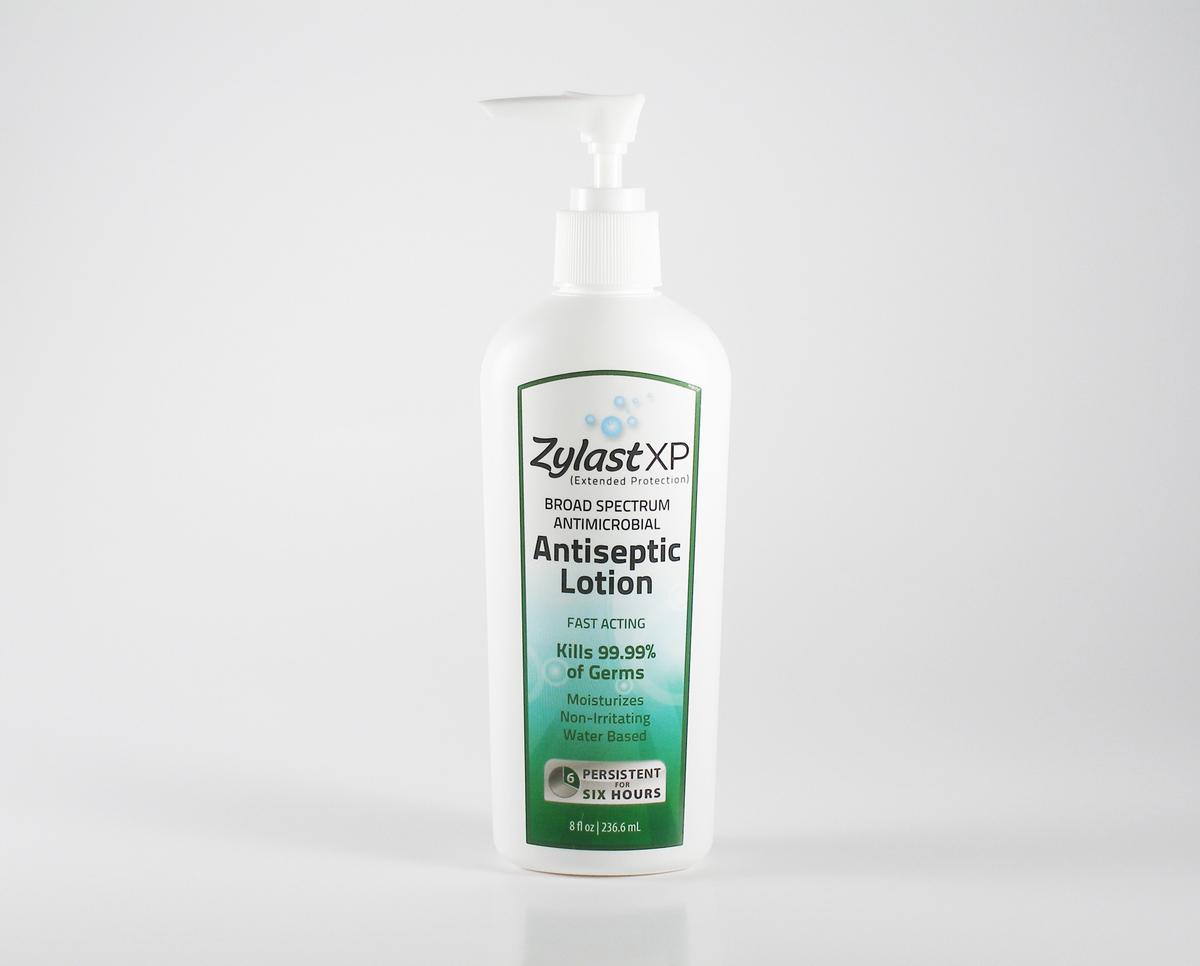 The germ killer Zylast was cited by the Fighting Ebola Grand Challenge for its long-lasting protection.

Now there's a new product creating buzz in Ebola circles. It's called Zylast, and its makers claim that it starts killing bacteria and viruses within 15 seconds of application and works for up to six hours. And it's reportedly gentle on the skin.

USAID was impressed enough to name Zylast one of three initial winners in its recent Fighting Ebola Grand Challenge. Now, the company is getting tens of thousands of dollars from USAID, in partnership with the CDC, to explore its usefulness in slowing the spread of Ebola in Africa. The Grand Challenge noted: "This persistent protection may allow Zylast to guard against viral transmission, shielding health care workers from accidental contamination," particularly during the complicated process of removing contaminated protective suits.

Zylast was introduced two years ago by Innovative BioDefense Inc., in Lake Forest, Calif. In studies it has killed a wide variety of bacteria and viruses, says CEO Colette Cozean, including viruses similar to Ebola.

To develop a more versatile hand sanitizer, scientists at Innovative BioDefense started with benzethonium chloride, an antimicrobial ingredient that's been around since the 1970s and belongs to a class of disinfectants called quaternary ammonium salts. Then, Cozean says, they added a mixture of compounds to make the formulation begin working more quickly, last longer and have power over a wider variety of microbes. A 2012 study found that Zylast works three orders of magnitude better than alcohol-based sanitizers against norovirus.

Zylast also claims to have another advantage over other germ killers: Its makers say they've used proprietary moisturizers to make a nonirritating lotion. They've also added a citrus fragrance to the "foaming soap" version. (You can judge for yourself: Zylast markets itself not only to hospitals and schools but also to consumers.)

Right now, it's impossible to say for sure whether Zylast will make a difference against the Ebola epidemic. But there's a reason to think it might. Quaternary ammonium salts, as a class, have shown to be effective against viruses like hepatitis C, Roepe says, suggesting that they could work against other viruses, too. These chemicals also work best in warm temperatures, such as those found in West Africa.

And because quaternary ammonium salts stick to the skin, leaving behind an invisible residue that keeps working after they dry, the new sanitizer might be helpful as a coating to put on the skin beneath protective clothing.

"If you put Zylast on your skin and then you put on your protective gear," Cozean says, "the theory is that if you take the gear off four hours later and you slip and something gets on your skin, you still have 99 percent protection."

"I wouldn't use it as my only approach to decontaminating my skin against viruses," Roepe says. "Disinfectants help, but in and of themselves, they are not silver bullets by any stretch."