Accessibility links
Peace Corps Teams Up With First Lady To 'Let Girls Learn' : Goats and Soda The Peace Corps will recruit and train about 650 additional volunteers to focus on girls' education around the world. The expansion is part of a larger program launched by Michelle Obama Tuesday. 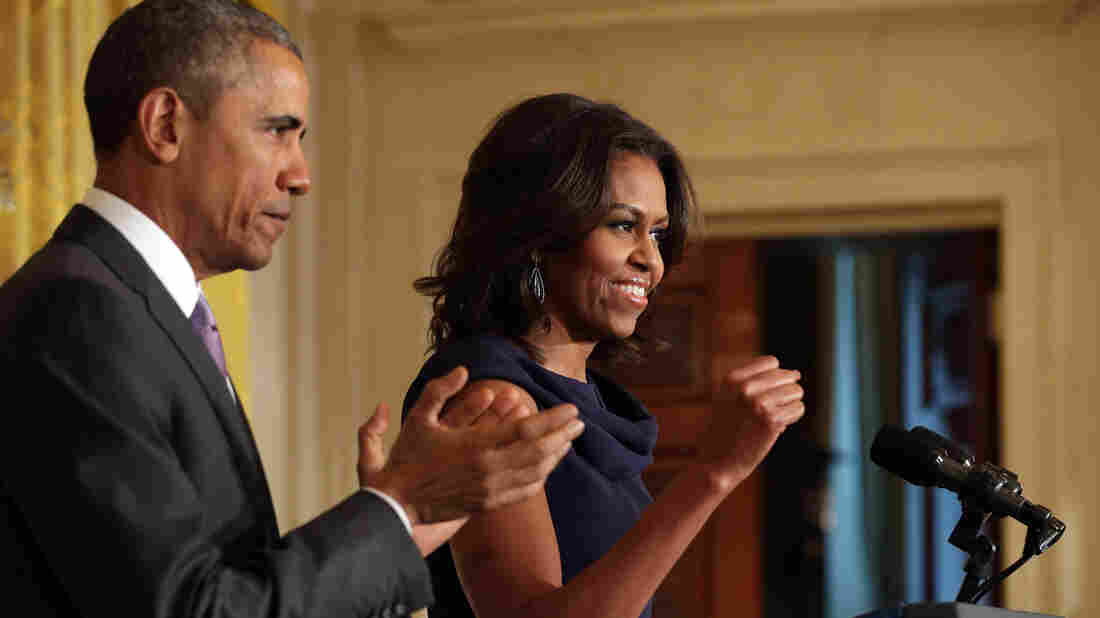 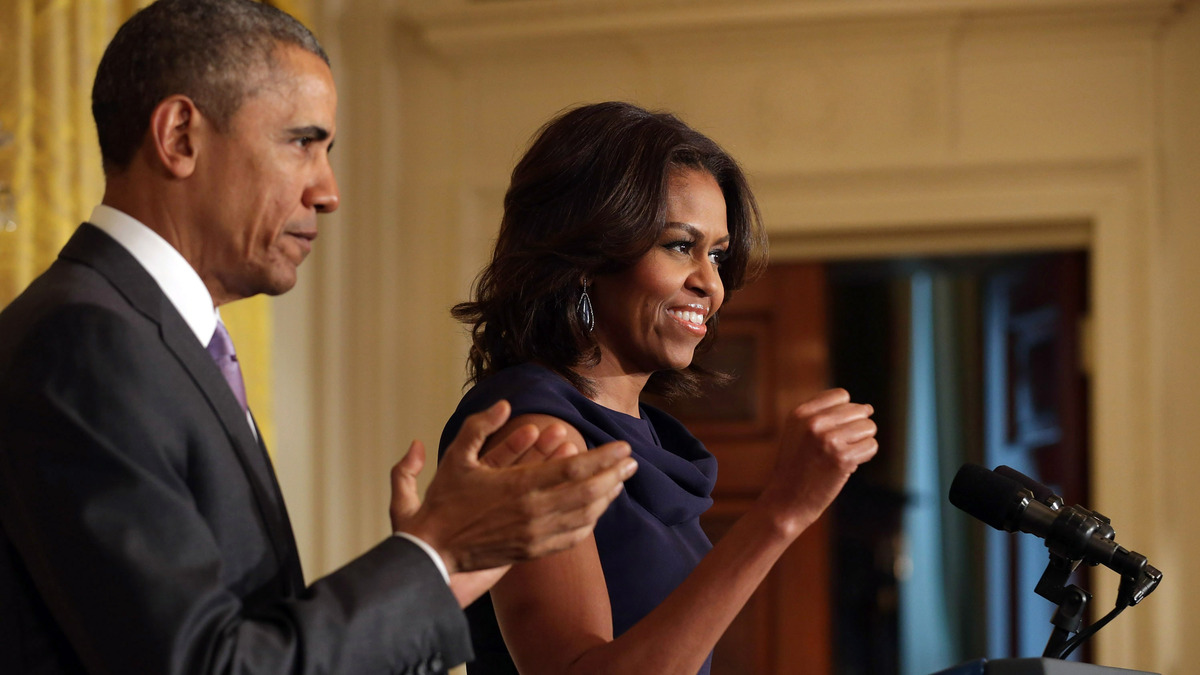 First lady Michelle Obama announced Tuesday a new effort to address a longstanding problem: Across the developing world, more than 60 million girls are not in school.

The reasons girls miss out on school are as varied as the countries the girls live in. Many of them are blocked from an education by the same barriers boys face. Their parents don't have enough money for school fees and uniforms. Or there's no well in their village, so the children have to spend hours carrying water home instead of studying. Or they live in a war zone.

But girls often face extra hurdles. If money is tight, parents may prefer to spend it on school fees and supplies for the boys in a family instead of the girls, figuring it's the boys who will be the breadwinners when they grow up. In communities where child marriage is common, parents may pull a daughter out of school as soon as a match is arranged. Sometimes the issue is purely logistical – there are no private toilet facilities for girls at the local school.

If the problem is specific to each community, the solution will need to be tailor-made, as well, Obama said. Speaking at a press conference to unveil the initiative, Obama noted that the activists in the audience had repeatedly counseled her against a broad brush approach.

"You have told me that whatever obstacles these girls face — whether it's school fees, or violence or cultural beliefs that girls simply aren't worthy of an education — you've said that these problems will not be fixed from on high," Obama said. "That these are community challenges that call for community solutions."

And so Obama is turning to an American institution uniquely positioned to work at the grassroots level: the Peace Corps. With nearly 7,000 volunteers across 60 countries, the Peace Corps is already tightly embedded in the communities it serves.

Under the new plan, the Peace Corp will recruit and train about 650 additional volunteers to focus specifically on adolescent girls' access to education. The volunteers will be charged with starting conversations in the communities to figure out what's keeping girls from school, then working with leaders, parents and the girls themselves to come up with ways to remove those barriers. The projects could range from setting up a tutoring program, to raising money to build a well, to starting a dialog about the drawbacks of child marriage.

The effort will begin in 11 countries, with the aim of ultimately involving all Corps' volunteers.

The Peace Corps expansion is part of a larger program unveiled by Obama, called Let Girls Learn, which aims to decrease the educational disparities between boys and girls in low-income countries.

Overall, the gap doesn't appear all that stark: Girls account for almost exactly half of the 120 million children who aren't in school.

But when you delve into hotspot countries, the statistics are grim. In the Central African Republic and Afghanistan, for instance, there are just 70 girls for every 100 boys enrolled in school, the Brookings Institution reported in December. And in Chad and Somalia, there are 46 girls for every 100 boys. The consequences on women's lives — their earning power, their safety, their health, even their children's health — reverberate over a lifetime. To cite just one example: A child born to a mother who can read is 50 percent more likely to live past age 5, UNESCO reported.

Apart from the Peace Corps element, Let Girls Learn is mostly a rebranding of a long list of programs run by the U.S. government that already promote girls' education. Putting all those programs together under one umbrella will elevate their profile and attract more partners from NGOs, private companies and other governments, President Barack Obama said at the same press conference.

"I'm proud to say that the U.S. already does a great deal to support girls' education around the world," he said. "But what we do, we tend to do quietly. It doesn't get a lot of publicity.

"And what we all determined is that we've got to take this work to the next level," he added.