Accessibility links
How To Help Children Orphaned By Ebola : Goats and Soda More than 16,000 children have lost a parent to Ebola. Almost all of these children have found a home with a relative, but they still have basic needs such as food and clothes for school.

How To Help Children Orphaned By Ebola

How To Help Children Orphaned By Ebola 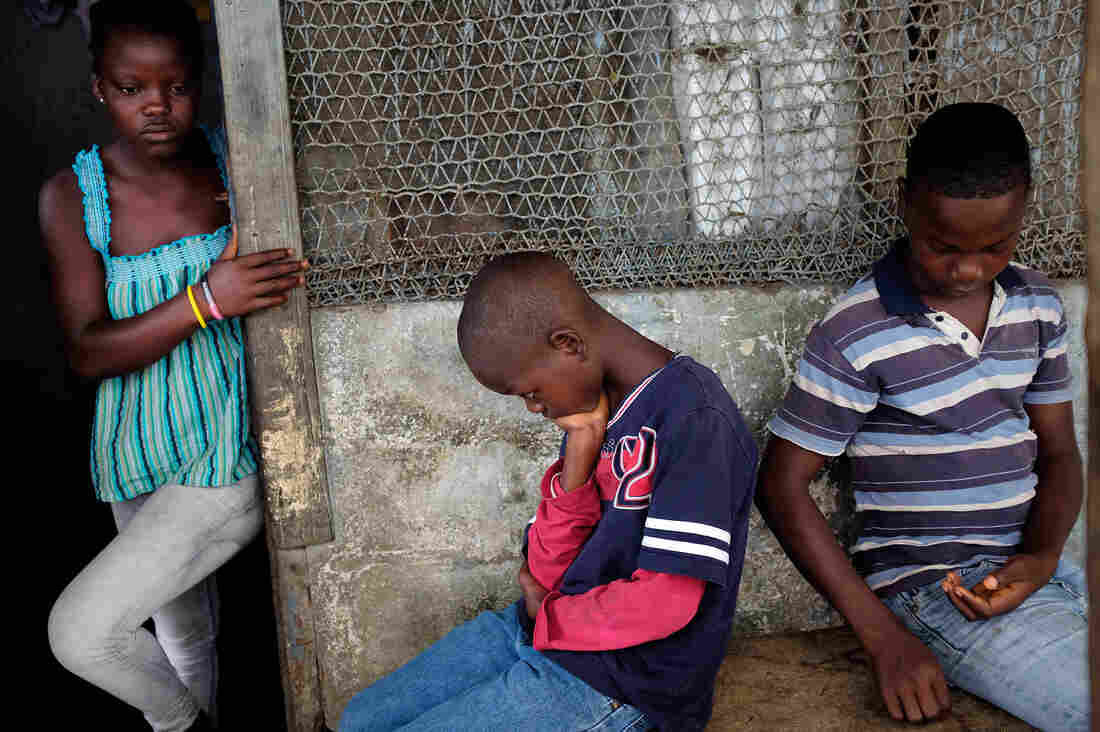 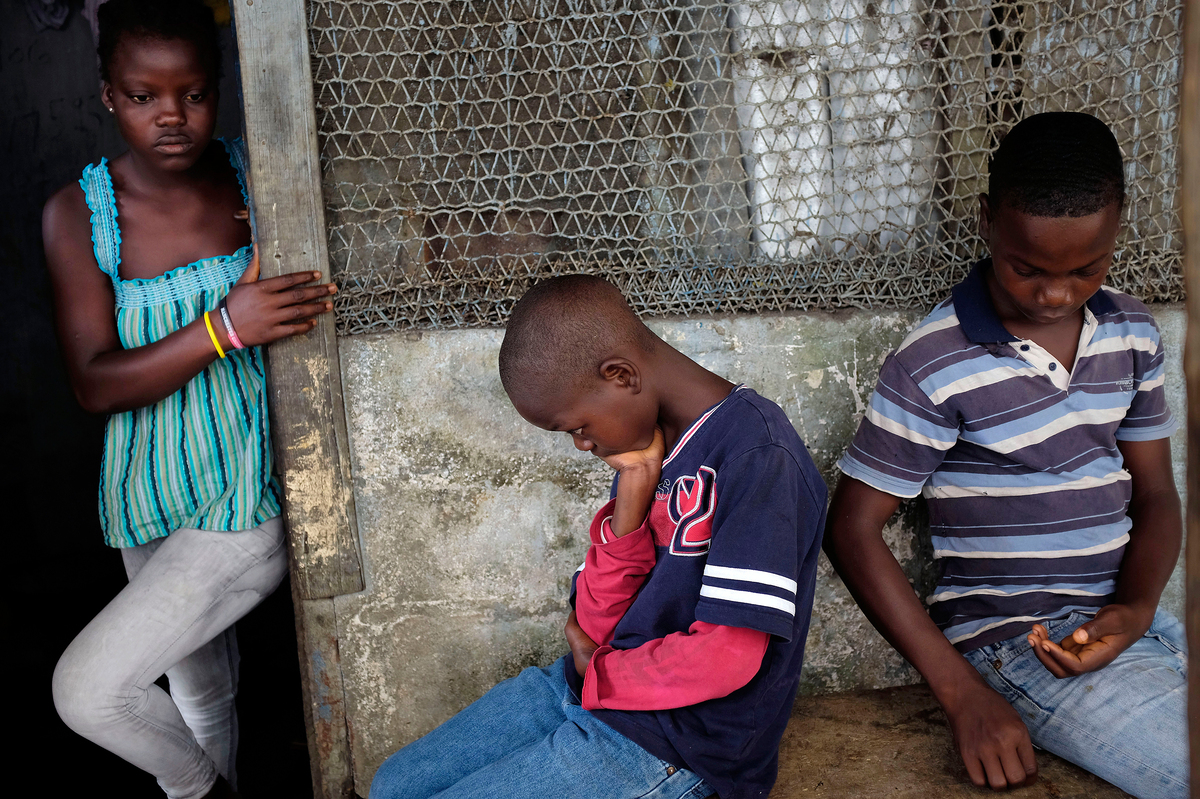 Promise Cooper, 16, Emmanuel Junior Cooper, 11, and Benson Cooper, 15, of Monrovia lost their mother, Princess, in July and their father, Emmanuel, in August.

The Ebola epidemic has taken a heartbreaking toll on children.

More than 1,000 children have died from the disease. Even more have lost parents, grandparents and siblings.

Here are aid organizations working with children orphaned by Ebola:

"To date, 16,600 children have been registered as having lost one or both parents or primary caregivers," UNICEF's Timothy James Irwin writes in an email. "We would define all these children as 'orphans.' "

About 97 percent of these children have been taken in by a relative or close family friend, UNICEF reports. The others are in temporary shelters because they've been exposed to the virus and must be quarantined, or they are waiting for a family member to come and take them home.

"Eventually we aim to place all these children in family-based care arrangements," Irwin writes. "Very few children will have no home to go to at the end of the crisis."

Even when a home is found, these children are at high risk for physical abuse, marginalization, teenage pregnancy and being forced to work, the British charity Street Child reported last month.

The Grandpa Who Saved His Granddaughter From Ebola

Many children are traumatized by the death of a parent, says Paolo Lubrano, who directs Plan International's aid work in Liberia. "Most of the children who have lost a parent are in high distress and isolated from their families," he says.

And in most instances, foster families need financial support to take care of extra children.

"These families are already relatively poor," Lubrano says. "We need to provide them with food or cash — even just enough money so the kid can go back to a relatively normal life. So they can have clothes, boots and can go back to school."

For Ebola Orphans In Liberia, It's A Bittersweet New Beginning

Plan International runs two centers in Liberia for children waiting to be placed with a family member or in a foster home. They're hoping to open a few more centers across the country soon.

"While the number of Ebola cases have dropped significantly in Liberia, a number of children have been falling through the cracks," Lubrano says. "At the moment we're dealing with about 230 children."

The centers set up by Plan International offer children basic care, toys, educational activities and some psychological support. The organization is also ensuring foster families have hygiene supplies to keep Ebola — and other diseases — out of homes.

The Ebola crisis has opened up the opportunity to improve children's lives, in general, in West Africa, UNICEF's Irwin writes.

"For example, in Sierra Leone, there has been a ban on FGM/C [female genital mutilation/cutting] as a result of Ebola," Irwin writes. "It will be important to try and use this opportunity to put an end to this practice for good."