Accessibility links
Arsenic Antidote Hidden In Our Genes : Goats and Soda Even at low doses, the potent poison damages organs and causes cancers. Now scientists have found a population high in the Andes Mountains that has adapted to the toxic metal over thousands of years.

Arsenic Antidote Hidden In Our Genes

Arsenic Antidote Hidden In Our Genes 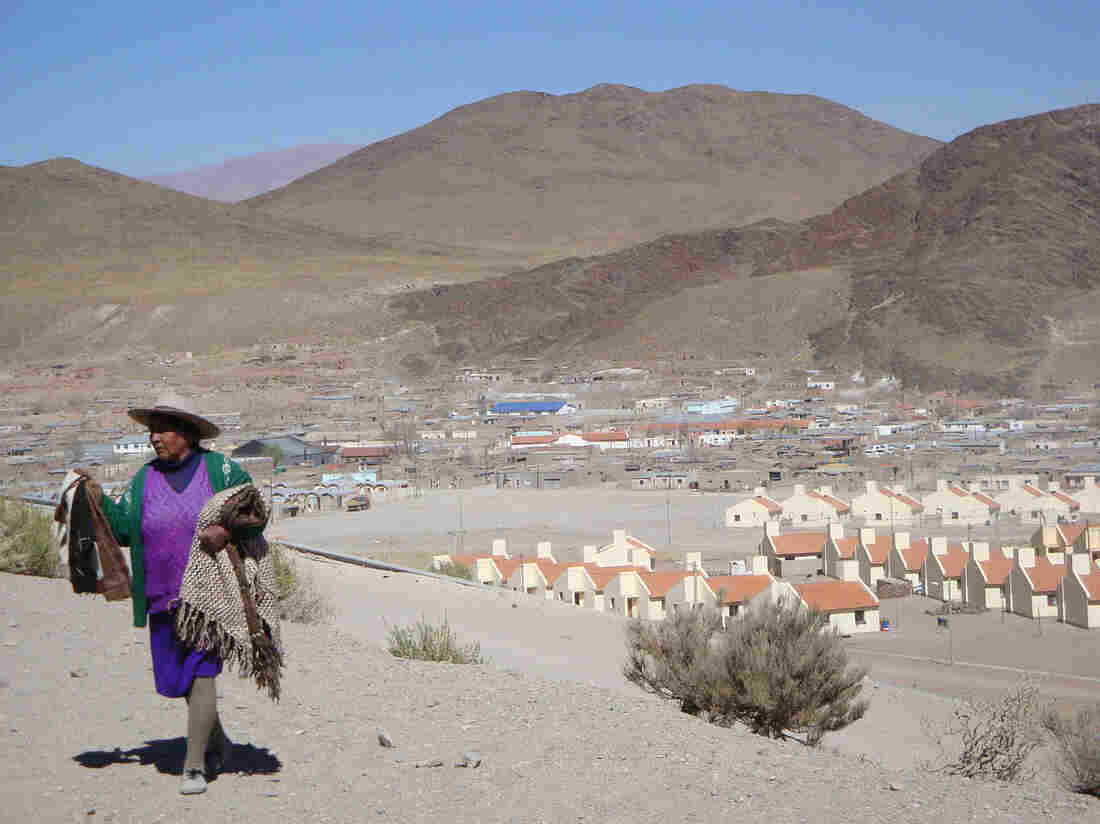 At more than 12,000 feet above sea level, the town of San Antonio de los Cobres, Argentina, sits on volcanic bedrock, which leaches arsenic into the drinking water. Guigue/Wikimedia hide caption 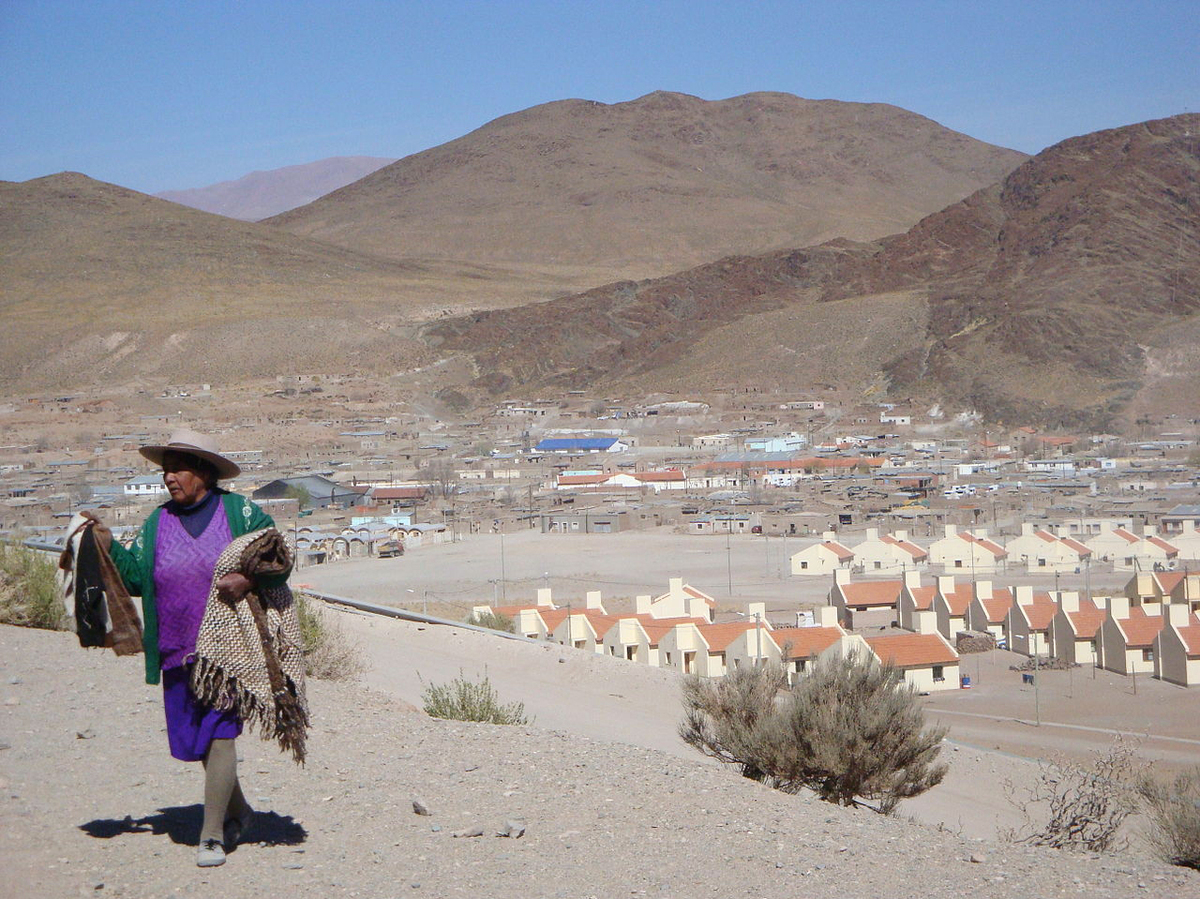 At more than 12,000 feet above sea level, the town of San Antonio de los Cobres, Argentina, sits on volcanic bedrock, which leaches arsenic into the drinking water.

For centuries, arsenic was the go-to poison for murder.

If you wanted to knock off an heir to the throne or speed up the arrival of your inheritance, all you had to do was add a dollop of rat poison to your rival's food. They wouldn't see or taste it. And the police wouldn't detect it — at least not until a chemist developed a test for the element in the early 19th century.

There's no treatment for chronic arsenic poisoning. But what if people could flush the poison out of their bodies before it has a chance to do damage?

Turns out, all it might take is the right gene.

High in the Andes Mountains there's a population that has adapted genetically to the poison, scientists reported Wednesday in the journal Molecular Biology and Evolution.

"They metabolize arsenic faster and to a less toxic form compared to an American or Westerner," says the study's lead author, Karin Broberg, a geneticist at Karolinska Institutet in Stockholm. "This is the first evidence of human adaptation to a toxic chemical."

Back in 2006, one of Broberg's colleagues visited a small town in northern Argentina called San Antonio de los Cobres.

With Help From Extinct Humans, Tibetans Adapted To High Altitude

The team found that the drinking water in the town contained extremely high levels of arsenic — about 20 times higher than the maximum concentration recommended by the World Health Organization. The metal leaches naturally from volcanic bedrock into the water.

Mummies dating back 400 to 7,000 years have been found in the region with high levels of arsenic in their hair.

"So it's likely the population in San Antonio de los Cobres had been living with high levels of arsenic for many, many generations," Broberg says.

Broberg thought the secret to their survival might be in their genomes. So she and her team analyzed the DNA from 124 women in the community.

The answer leaped out of the data. Over many generations, about a quarter of the population had picked up a cluster of mutations in the gene that processes arsenic into a less toxic form. The gene is called AS3MT. (Specifically, AS3MT adds methyl groups to arsenic, for all you biochemistry buffs.)

The arsenic-protecting mutations are present in many populations around the world, Broberg says. "But in the Andean population, they occur at a much higher frequency."

Broberg isn't sure yet how the genetic changes work. But she thinks they may increase the amount of AS3MT that's made in the liver. So more metal gets neutralized and flushed out in the urine.

Previous studies have found that the faster people excrete arsenic the less risk they have for developing cancer and other problems. But Broberg says they don't know yet how tolerant the Andean population is to the metal.

"We haven't looked at the toxic effects in this population," Broberg says. "We can't say that they are not harmed by arsenic. And besides, we should aim for very low arsenic in drinking water and food everywhere — that will protect everybody."