Accessibility links
On Happiness Day, 6 Nepalis Tell How To Not Worry And Be Happy : Goats and Soda Nepal is a poor country. Unemployment is high. Politics is a mess. But as one resident puts it, "[We] have the ability to be happy about how unhappy we are." 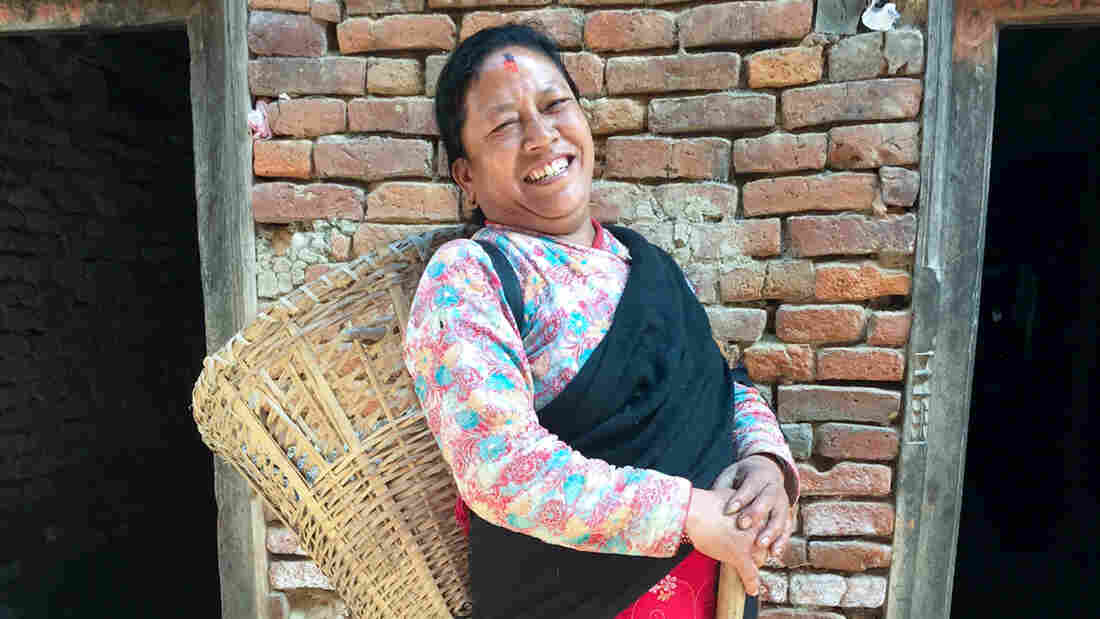 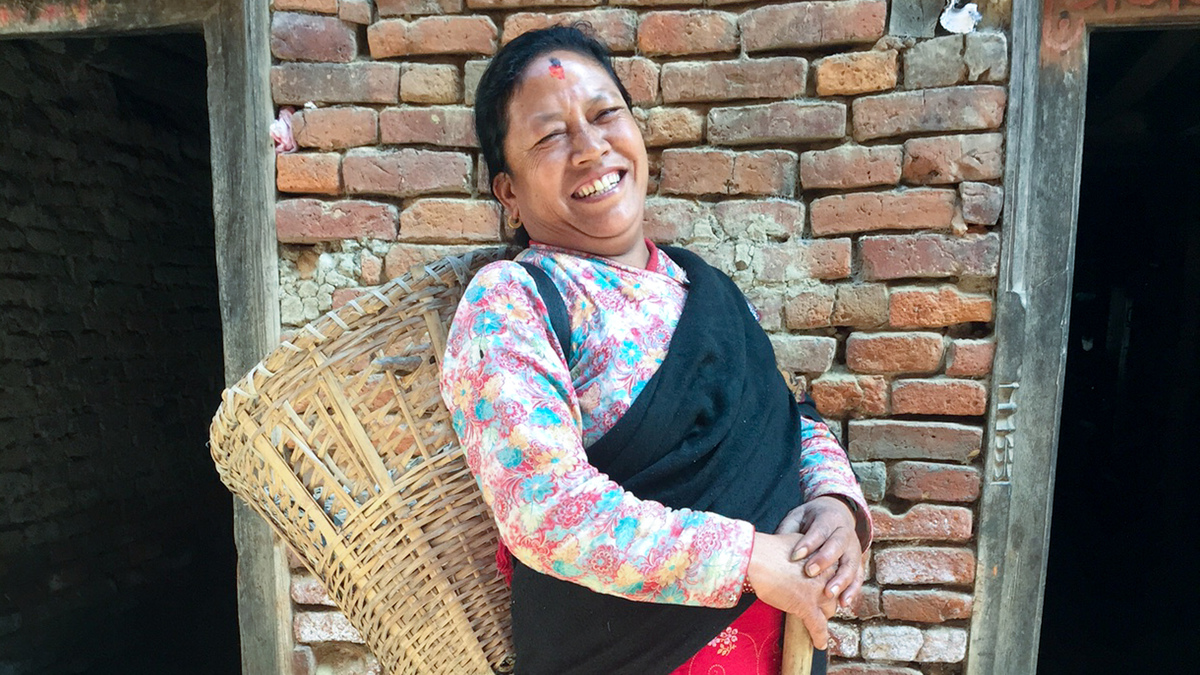 Tara Devi, who's around 45, says working makes her happy.

Nepal, a country of 25 million, is struggling out of poverty after a decadelong civil war. Squabbling politicians have paralyzed government, and high unemployment means 1,500 youth leave every day for jobs in Malaysia and the Middle East.

So, as the United Nations International Day of Happiness dawns, Nepalis may seem on the surface to have reason to be unhappy.

But that is not the case. In fact, the people of Nepal live by the words of U.N. Secretary-General Ban Ki-moon: "The pursuit of happiness is serious business." Here's what happiness means to six Nepalis.

Tara Devi thinks she is about 45 years old and has three adult children. She is a farmer in Khokana, one of the oldest Newar towns in the Kathmandu Valley. Her family has lived here for generations. Tara has never attended school and can speak only Newar, a Tibeto-Burmese language, and a smattering of Hindi she has learned from Bollywood movies. She loves to laugh.

"Working is my happiness. I go to my fields every day. We grow everything we eat: garlic, rice, vegetables. I have done this since I was a child. And I love Bollywood movies. But the government — they cut the electricity all the time and it is hard to watch the movies. Where is our constitution? Where is the development the government promises? That makes me sad. But I do not like to be sad. It is better to be happy." 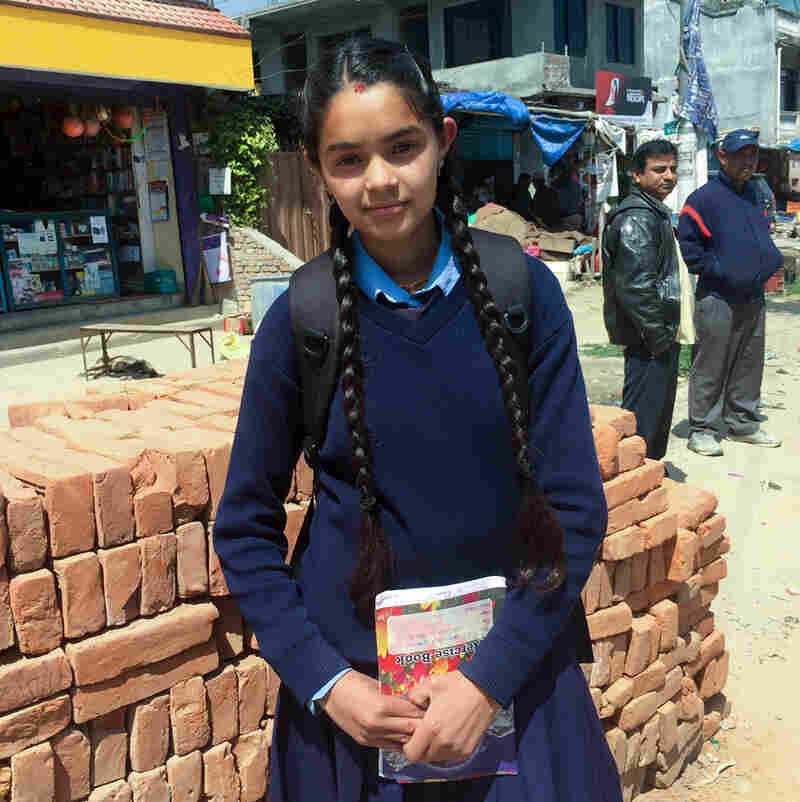 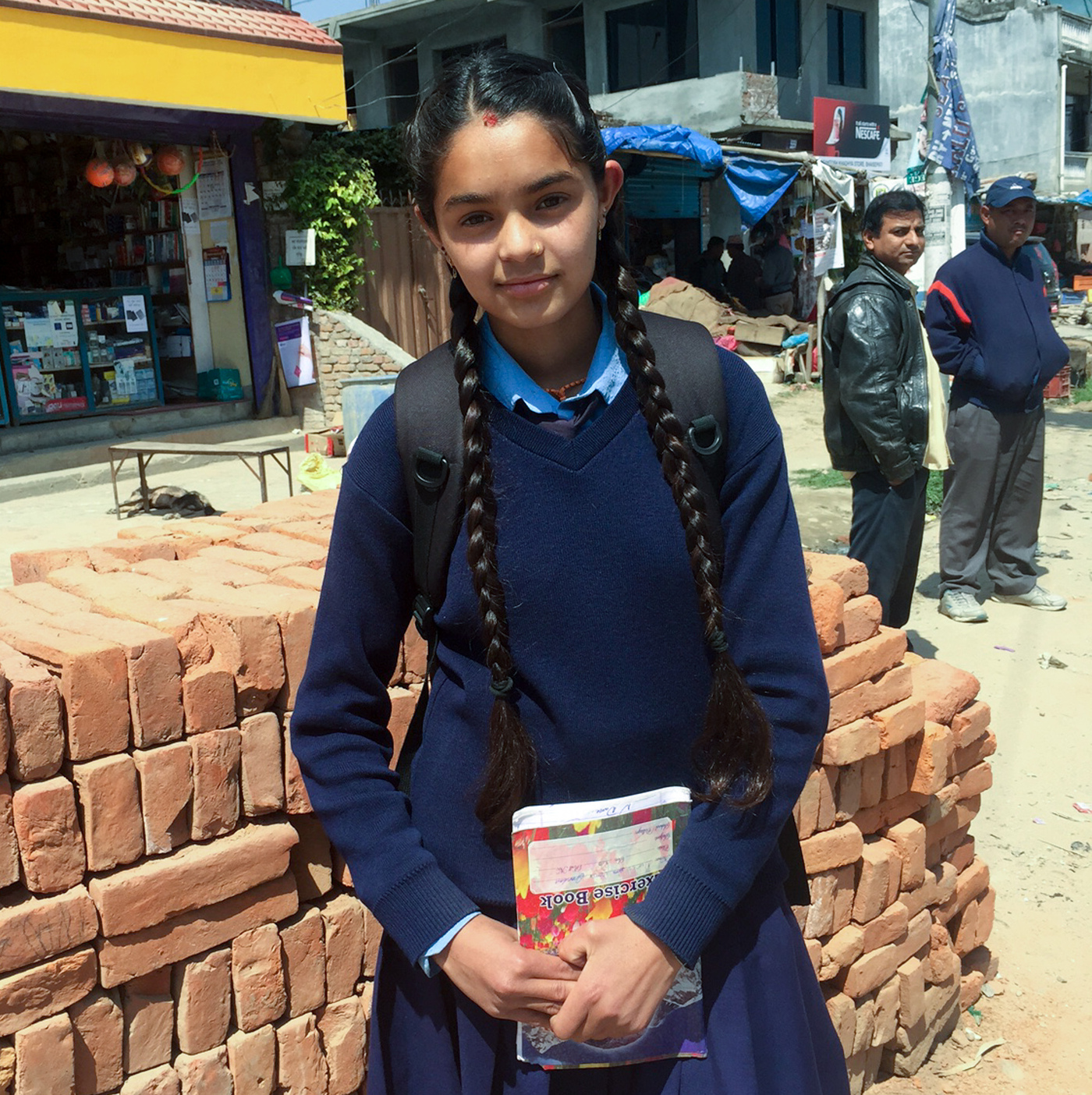 Devaki Raut, 16, comes from Sindhupalchowk District in central Nepal, east of Kathmandu, where her parents still reside. Devaki, who is in eighth grade, lives in Lalitpur near Kathmandu in a home where she is also employed as a domestic worker, earning her school and boarding fees. She has no Internet access at the house, nor does she own a cellphone.

"I am happy all the time. When I am not studying or working, I chat with my friends. We all love to play volleyball and badminton. Reading makes me happy. My sister and I will be the first girls in our family to go to college. I want to study computer science. Thinking of this makes me feel good."

Keshav Shiwakoti, 52, is a former communist revolutionary from a small village in the high mountains of eastern Nepal. One of seven children, he grew up in stark poverty. Looking for employment, he moved to Kathmandu, where he learned English and became a high-end cook specializing in European cuisine. His only child, a son, is a migrant worker in Abu Dhabi.

"I fought for change for 19 years, but I have no faith in our government. On World Happiness Day, everyone should drop their guns. The small, fleeting moments make me happy — like the child I just saw on the street being breast-fed by her mother, or watching my baby goats play. It's the joy in sunshine or rain. Sometimes I cry because I feel such great happiness." 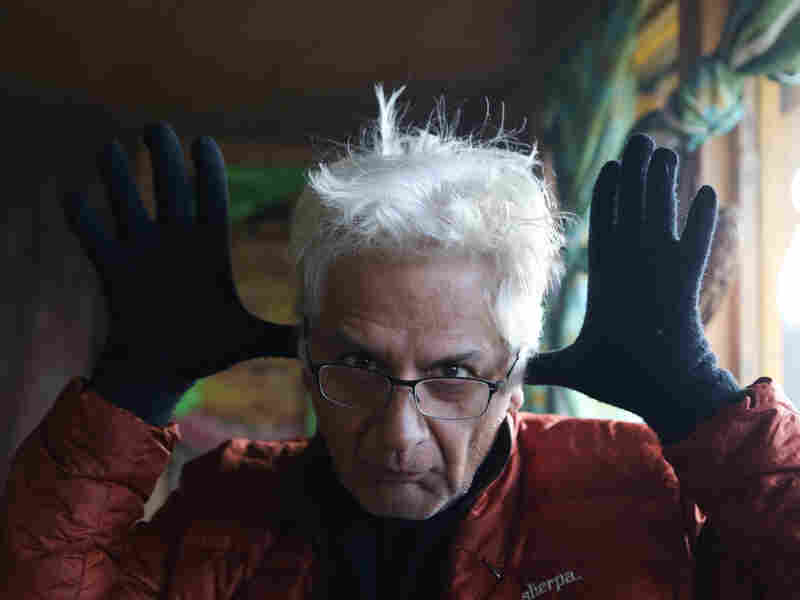 Kunda Dixit, 60, likes to make faces to make himself — and others — feel happy. Donatella Lorch for NPR hide caption 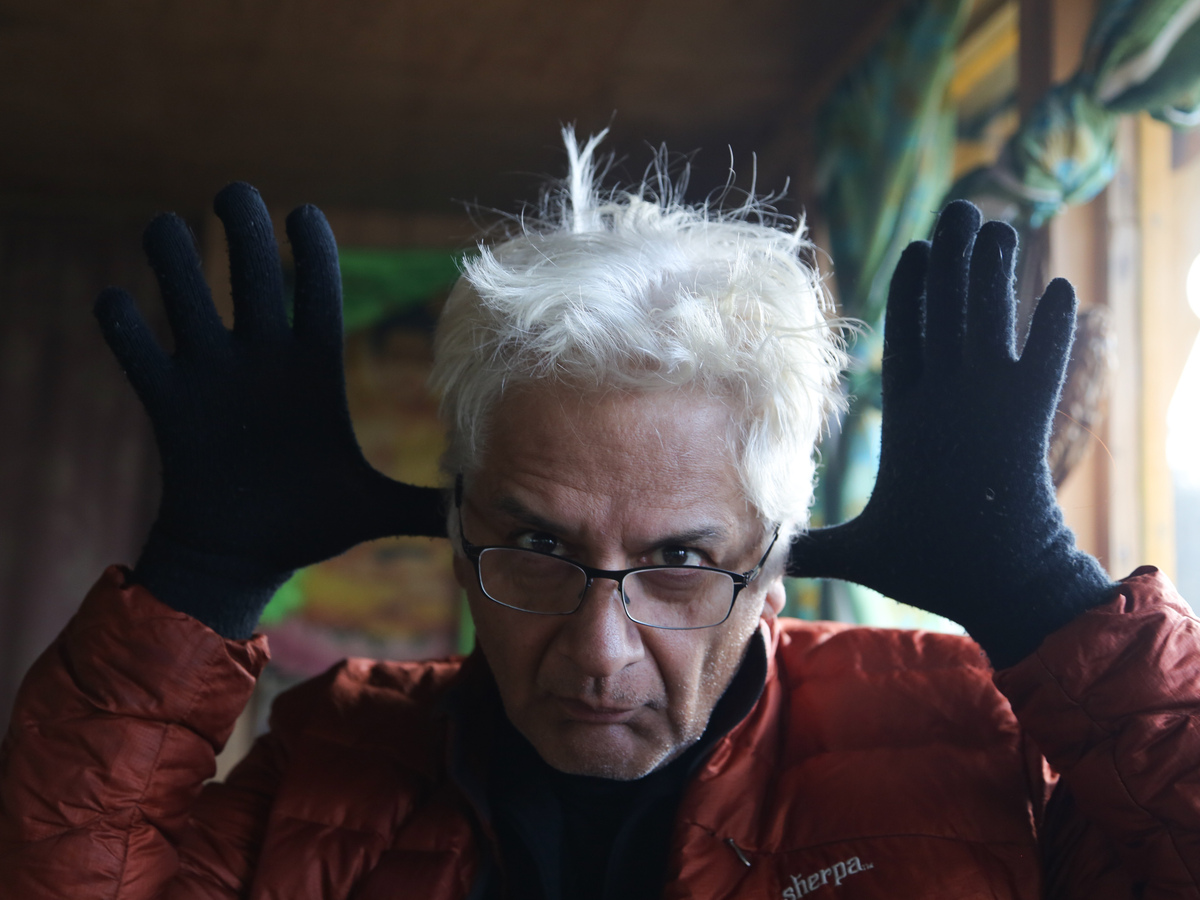 Kunda Dixit, 60, likes to make faces to make himself — and others — feel happy.

Kunda Dixit, 60, writer, journalist and political satirist, is editor of The Nepali Times, an avid trekker and an expert on all things related to airplanes and airports. Political satire is his version of happiness therapy.

"What makes me happy is that we Nepalis have this irreverent sense of humor and the ability to be happy about how unhappy we are. I survived absolute monarchies, military coups, Maoist prime ministers who believed editors needed to be spanked, right down to the bunch of clowns who are ruling over us today. But I may soon be out of a job [as a satirist] because the present crop of politicians are giving me stiff competition."

Sabin Munikar, 28, a self-taught violinist and pianist, is a teacher at the Kathmandu Jazz Conservatory. He is the founder of the Kathmandu Youth Orchestra, which plays traditional Nepali music. He also loves and plays jazz and classical music. Newly married, he hopes to do graduate studies in music in the U.S.

"For me, happiness means being completely myself wherever I am. It means freedom from cunning ideologies, philosophies and rules and regulations. It also means freedom from diseases. But even better than being happy all alone, my ultimate happiness is happiness for everyone in the world. It feels so good to watch people celebrate, laugh, sing and dance. But it is important to add that I will be truly happy only when I choose my own destiny." 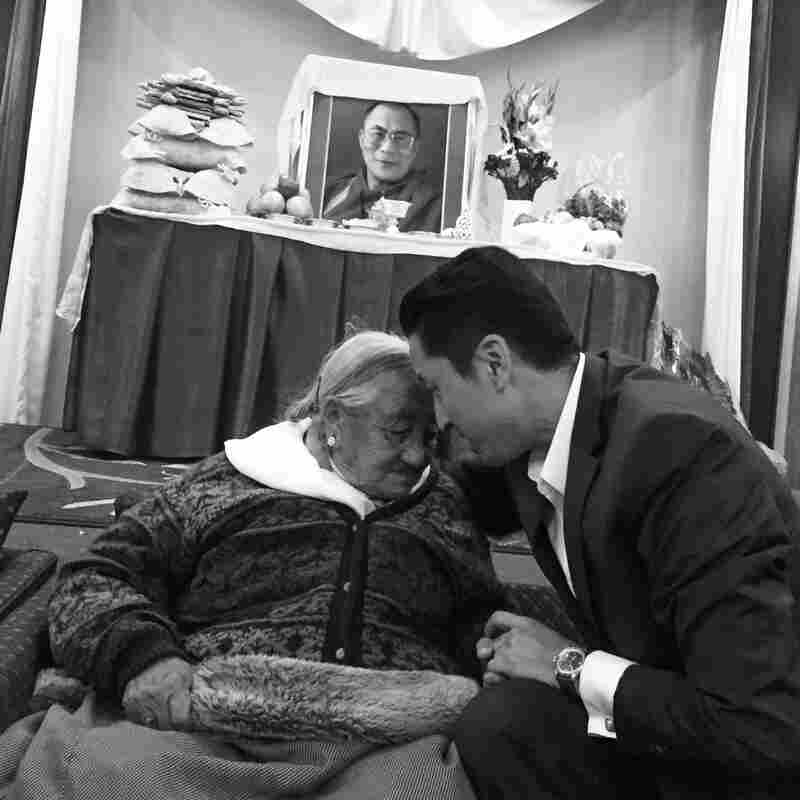 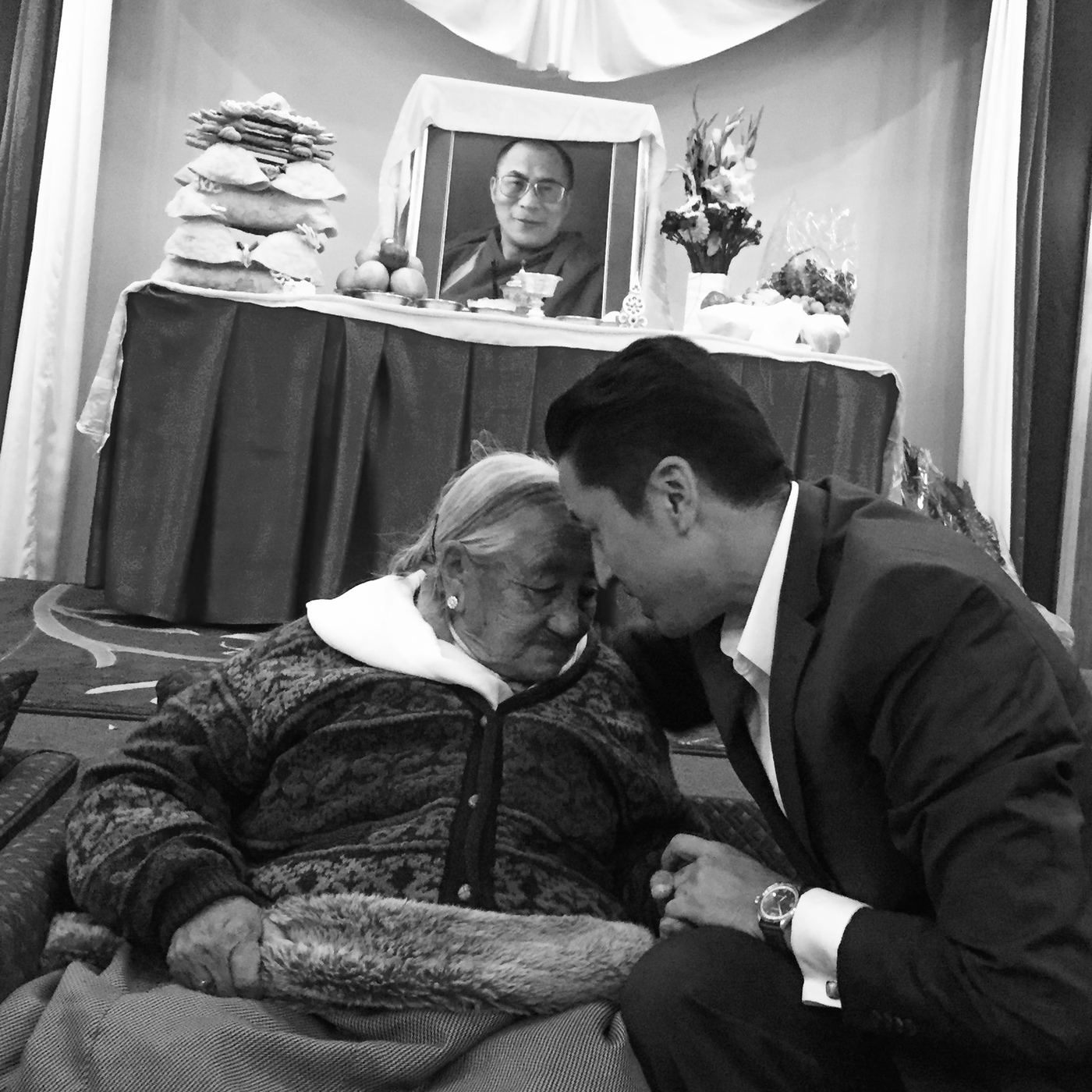 Woeser Choeden, 90, has no formal education. In 1960, she fled Tibet to Nepal on foot with her two oldest daughters. Two yaks carried the family food, as well as her two youngest daughters. She has 20 grandchildren and 10 great grandchildren.

"Happiness is relative. There are always worries and failures, but I gather internal strength from the blessings of His Holiness the Dalai Lama. My life has been long. I find great happiness in having raised four independent and capable daughters. I am lucky. Happiness for me is about contentment not about extremes of happiness or sadness. I tell my children to embrace the suffering and hardship that comes through hard work. Only then can one truly understand happiness."