Accessibility links
Superslick Coatings Conquer Ketchup, But What About Ebola? : Goats and Soda A new coating makes ketchup slide out of the bottle and toothpaste slip out of a tube, right down to the last drop. So why not put the slick surface on an Ebola suit so the virus doesn't stick?

Superslick Coatings Conquer Ketchup, But What About Ebola?

Superslick Coatings Conquer Ketchup, But What About Ebola?

The videos are almost unbelievable. Ketchup slides out of the jar and you don't even have to give it a thump. Glue slips out of the bottle without a molecule left inside. And what about getting that last smidgen of toothpaste from a used tube? No problem.

Welcome to the world of LiquiGlide.

The technology could have "major environmental payoffs by reducing waste," The New York Times wrote Monday. 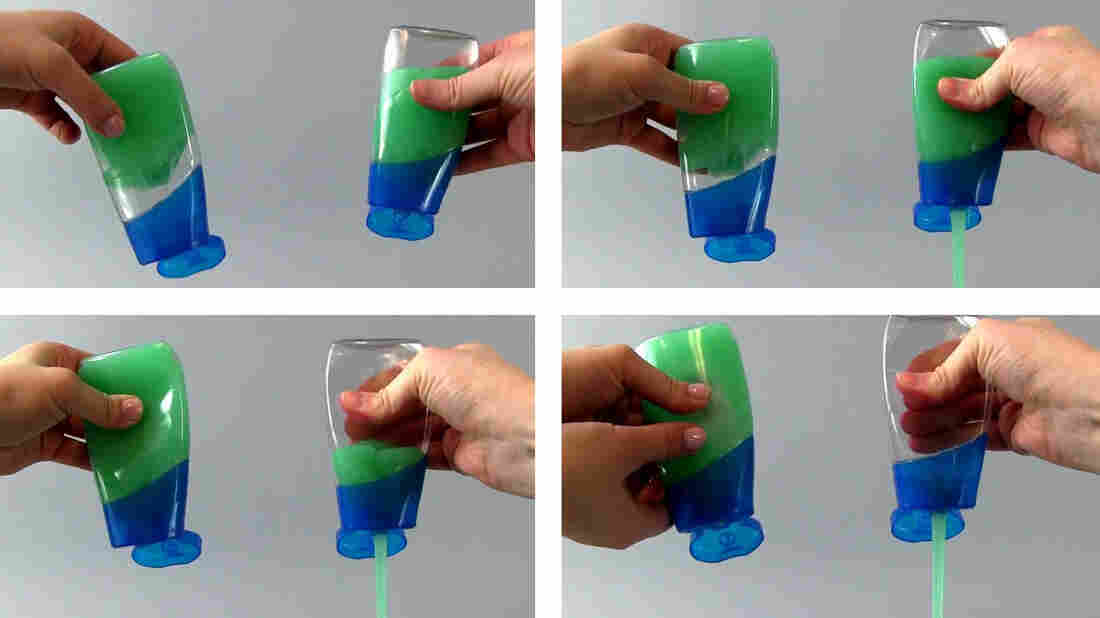 You can squeeze out the last smidgen of toothpaste when the tube is treated with a slick coating (right). But good luck, if it's not treated (left). Screen grab from LiquiGlide hide caption 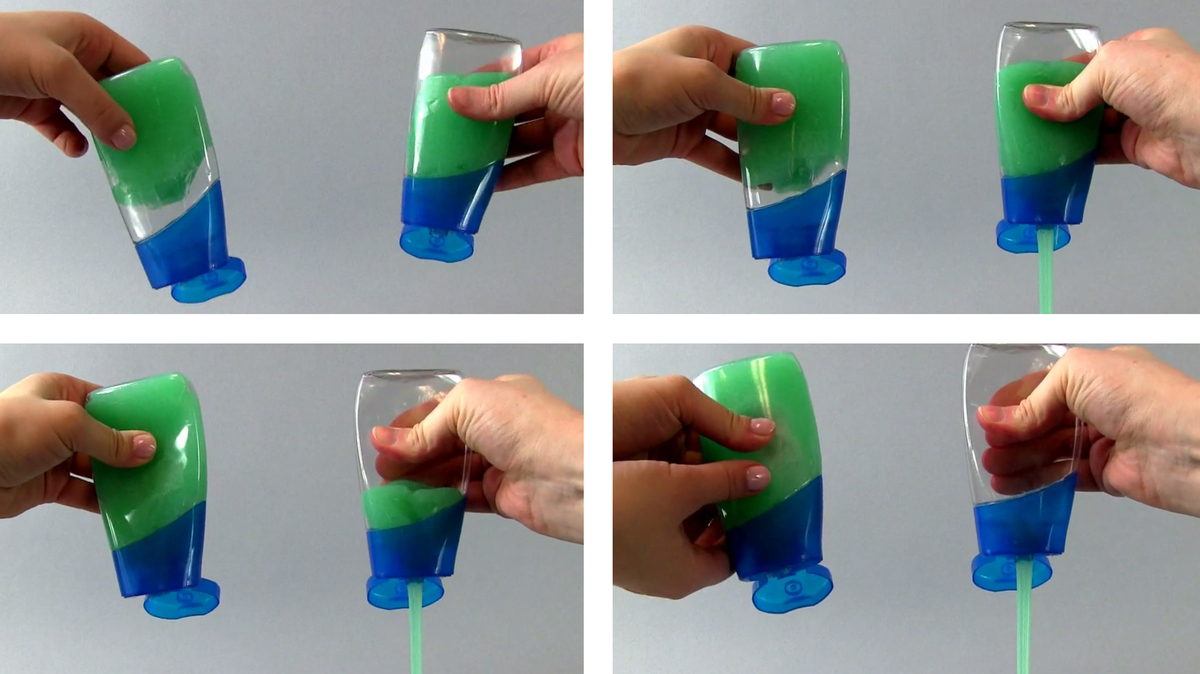 You can squeeze out the last smidgen of toothpaste when the tube is treated with a slick coating (right). But good luck, if it's not treated (left).

And it's true. Think about how much ketchup and toothpaste you would save with this nonstick coating inside jars and tubes. Just this week, Elmer's Products Inc. signed an exclusive licensing agreement to use LiquiGlide in glue bottles.

But when we saw the cool coating, the first thought that popped into our minds wasn't about condiments or clean teeth — rather, it was Ebola. Could this technology — or something like it — help protect doctors and nurses from the virus?

A big problem with Ebola protective suits is that contaminated blood and bodily fluids get stuck in the nooks and crannies of the gown. When doctors and nurses take off the suits, they can accidentally touch this residue and get infected.

But what if protective suits were sprayed with a slick coating, so blood — and the virus — slide right off?

"That's an interesting idea," says LiquiGlide's CEO, J. David Smith, who came up with the idea for the slick surface as a graduate student at the Massachusetts Institute of Technology.

But Smith doesn't think LiquiGlide is the right coating for the job. The surface is permanently wet, he says. "It feels wet and leaves a residue on your fingers if you touch it. Over time, dust can build up on it."

So the LiquiGlide works well inside a ketchup jar, inside a tube of toothpaste or inside the human body (think catheters and prosthetic devices). But it isn't going to work inside an Ebola treatment center.

For that, mechanical engineer Neelesh Patankar thinks a related technology could actually do the trick: superhydrophobic coatings.

Maybe you've seen the video of the guys getting hit with a bucket of mud? Or the tennis shoe getting drenched in chocolate sauce? Then you've seen superhydrophobic surfaces in action.

They're fantastic at repelling liquids. But they're also self-cleaning. Blood rolls right off and takes dirt, bacteria and viruses with it.

"It's like the liquid droplet is sitting on top of a bed of nails," Patankar, of Northwestern University, says. "The water actually bounces off the surface."

Dreaming Up A Safer, Cooler PPE For Ebola Fighters

Superhydrophobic surfaces work similarly to air hockey tables. Tiny peaks and valleys on the surface create a thin layer of air between the liquid and the coating. The air decreases friction, so the liquid almost levitates above the surface, just like the hockey puck floats above the table. (LiquiGlide works in a similar way, but instead of a layer of air, it uses a layer of liquid.)

Patankar says there are two major issues that need solving before superhydrophobic coatings could be used in an Ebola clinic. First, the coatings need to be a bit more robust; many of them scratch off easily. Second, applying them to large surfaces still isn't easy or cheap.

"Engineers are beginning to solve this second problems with sprays," Patankar says. "The quality you get with spray coating is just starting to get better."

Right now you can go down to Wal-Mart or Home Depot, he says, and buy a can of NeverWet, a spray-on superhydrophobic coating, for about $16. "But I don't think it would work for Ebola," Patankar says.

That brings us back to the problem at hand: stopping Ebola. What do engineers designing new Ebola suits think of trying superhydrophobic coatings?

"Absolutely, it is a good idea and would have some benefits," Matthew Petney, of Johns Hopkins University, wrote in an email. Petney is part of the team that won funding from USAID to build a better Ebola suit.

But the team never tried new materials in its new gown, he says, because it takes too long to prove they work against Ebola, especially under the harsh conditions of the treatment center. It's much faster, he says, to design a suit that's easier to take off.