Accessibility links
If Drones Make You Nervous, Think Of Them As Flying Donkeys : Goats and Soda In Africa, where there aren't always roads from Point A to Point B, drones could take critical medicines to remote spots. But the airborne vehicles make people uneasy for lots of reasons.

If Drones Make You Nervous, Think Of Them As Flying Donkeys

If Drones Make You Nervous, Think Of Them As Flying Donkeys 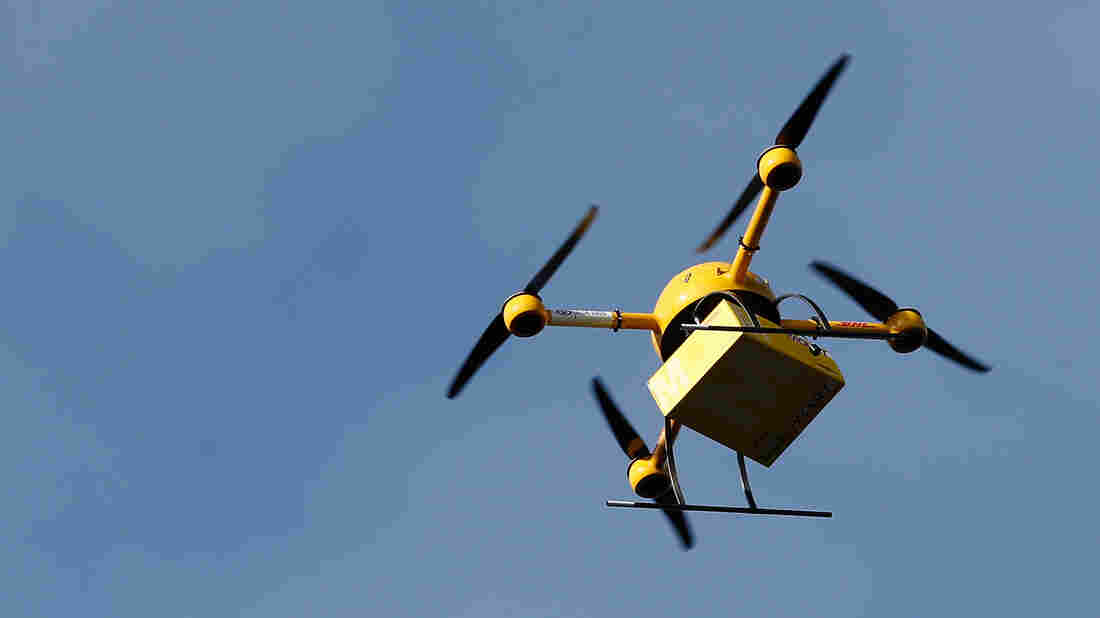 It's a drone delivery! This copter is ferrying medicine from a pharmacy to the headquarters of Deutsche Post in Bonn, Germany, part of a test of drone capabilities. Andreas Rentz/Getty Images hide caption 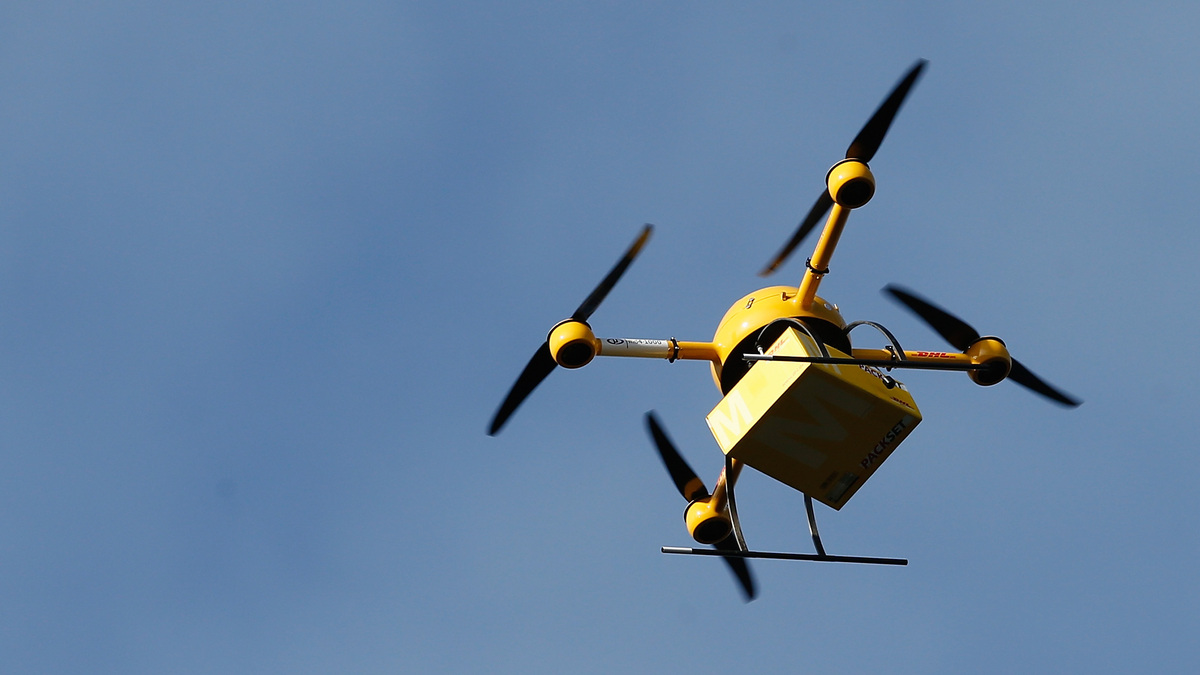 It's a drone delivery! This copter is ferrying medicine from a pharmacy to the headquarters of Deutsche Post in Bonn, Germany, part of a test of drone capabilities.

He heard the same fears from both audiences: Will the drones crash into houses? Will they spy on people? Will they attack people?

"The first reaction from people to drones is always emotional," says Ledgard, an outspoken advocate of drones as an answer to Africa's transport challenges. "We need to develop them in a way that humans don't feel threatened."

So he's taken to calling his drones "flying donkeys," as if they're merely airborne beasts of burden. It's the sort of metaphor the British citizen polished as a novelist and journalist, including a decade as Africa correspondent for The Economist magazine.

Now Ledgard heads a nonprofit consortium of technicians, philanthropists and planners who think drones can overcome one of Africa's steepest challenges: a lack of transportation infrastructure that stymies trade. Ledgard's group envisions a massive fleet of autonomous, robotic ships carrying cargo through the air above roadless savannas, jungles, deserts and mountains.

And it isn't a dream that's 10 years away, says Ledgard, whose drones consortium is a spinoff of Afrotech, based at the Swiss Federal Institute of Technology. He says that the group will have a test route in place this year to fly medicines among several villages. Ledgard calls it an initial line for humanitarian aid.

One day, perhaps 40 percent of African trade could travel by drones, Ledgard predicts. That would boost economies and link cities, tribes and countries in lucrative trading channels. He's counting on billions in investment from shippers to make it all happen.

Africa can leap ahead of other continents in the use of drones because of its pressing need for an alternative to conventional transport, Ledgard says. Also, much of African airspace is less cluttered with flights that have slowed the adoption of commercial drones in North America and Europe.

Another advantage of drones is their flexibility. Their routes and how they operate — with or without warning lights, as an example — can change to respond to new regulations that African countries might impose, proponents say. And cargo would move through the air with much less disruption to the environment than if new highways, tunnels or canals were built.

Even "droneports" will be much smaller than today's cargo airports, including a droneport being built for this year's test line, Ledgard says. "They will sit very lightly on the planet." A droneport with room to store and repair eight to 10 vehicles might operate in a quarter-acre plot.

But drones do have an image problem. That's because they are often whirring, buzzing carriers of missiles that wreak death and destruction, as used by militaries in the United States and other countries. Such associations caused Kenyan authorities last year to postpone a demonstration "Flying Donkey Challenge" after terrorists attacked a Kenyan shopping mall.

That's not the only concern about drones. Some argue that Africa should not be a testing ground. Its skies are less regulated than Western skies, making it attractive for drone experiments, says Kristin Bergtora Sandvik, director of the Norwegian Centre for Humanitarian Studies in Oslo. But the lack of controls should not be seen as an advantage, she adds: "That is a bad thing for African aviation."

The launch of a successful drone industry could spur lobbying against the sort of airspace controls that Africa needs to develop, says Sandvik, who has written about ethical issues raised by commercial and humanitarian uses of drones.

"Long term, I do think this is going to be viable and a good idea," she adds. "It just needs to be done appropriately."

That's Ledgard's dream as well. Maybe one day, designers can fashion a quiet drone that evokes the beauty of a large bird passing overhead. If that's not achievable, he says, "We at least don't want people to hate it."