Accessibility links
Advice For Trevor Noah From The 'Jon Stewart Of South Africa' : Goats and Soda The Daily Show isn't the only fake news show around. South Africa has Late Nite News, starring comedian Loyiso Gola. We asked him how he feels about Noah's new job — and what advice he has to offer.

Advice For Trevor Noah From The 'Jon Stewart Of South Africa'

Advice For Trevor Noah From The 'Jon Stewart Of South Africa' 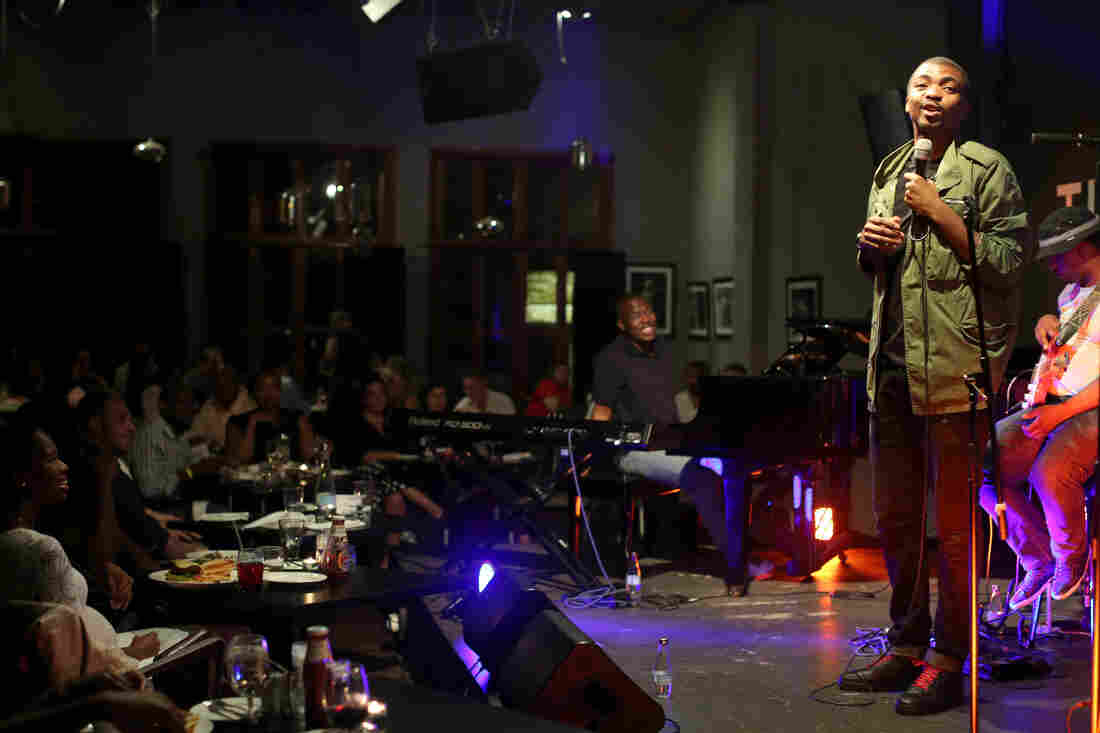 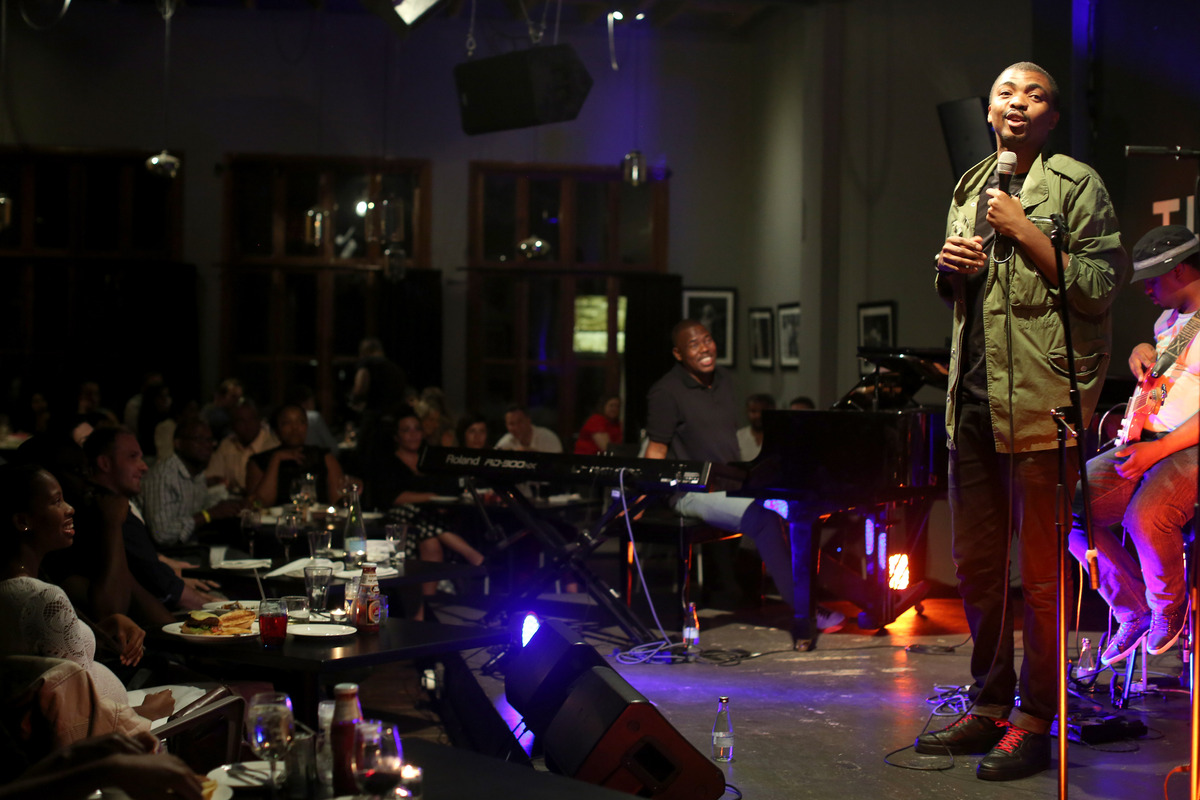 South African comedian Loyiso Gola performed at The Orbit, a club in Johannesburg, in February.

This week, Comedy Central announced that Jon Stewart's replacement on The Daily Show will be a South African comedian, Trevor Noah. To get some perspective on this surprise decision, we contacted Noah's colleague and friend Loyiso Gola, a comedian who hosts Late Nite News, his own satirical news program on South African television. Gola spoke to us by telephone as he rushed to the Johannesburg airport — running late — to catch a flight to New York, where he is performing this weekend.

What was your first reaction to the news that Trevor Noah would be the new host of The Daily Show?

I was pretty shocked — shocked in a good way — shocked at their foresight in being able to see that the only way the show can go forward is doing it with an international eye. It's next-level thinking. But for me, it was, "Wow!" I felt like someone had just landed on the moon for the first time. I was probably even more excited than Trevor ever could be.

You're on your way to New York to do some standup shows. What are the differences between doing comedy in South Africa and in America?

Is it easier to make fun of South African politicians than of Americans?

There's no real difference; they're just politicians, and everyone screws up. We have way more in common than we have differences. Politicians are politicians. They're dodgy, they do dodgy stuff. They get caught out, they're embarrassed, we hold them accountable. Then they weasel their way out. I think they're all weasels.

What are the challenges of being a comedian in South Africa? With the difficult history of the country, are there topics that are just too sensitive to make jokes about?

Nah, I think anything goes in South Africa. As a country, we have a good sense of humor. You might offend someone, but there's not a hectic backlash. We're learning gradually to laugh at ourselves. I just think it gets people talking. Actual racism is not funny; when you talk about racism, it's funny.

[Note: You can check out some of Gola's observations about race on YouTube, but the language is definitely not suitable for the workplace.]

Is Trevor's success in America a loss for South Africa?

No, no, no. South Africa probably has the best comedians in the world. It's just that people don't know about them. Comedians are popping out of everywhere, and I hope his success opens up doors for many acts to head out to America.

The idea that Trevor Noah's statue should replace the one of Cecil Rhodes at the University of Cape Town is trending. What do you think?

If I was the president, that's what I would do. We should just chop off Cecil Rhodes' head and replace it with Trevor's head on the statue. That's the most efficient way of doing the whole process. And then every time someone walks past, he's gonna be, like, "Damn, Trevor used to dress real s- - - - -, back in the day."

What advice do you have for Trevor?

First of all, I have no doubt in my mind that he's going to absolutely kill it and take the show to another, other, other, other level. The one thing that I would say is he must be himself, because the thing that got him the show was him being himself. There's great value in what he does, as himself, and as a South African and as an African. That is the advice that I would give him, and I think I'm going to text him with that advice as soon as I hang up.