Accessibility links
The Kids Brainwashed By Boko Haram Were Silent For Good Reason : Goats and Soda That's how children cope with a fearful situation. We learn more about the 84 boys rescued from a school reportedly influenced by the terrorist group, which is notorious for kidnapping youngsters. 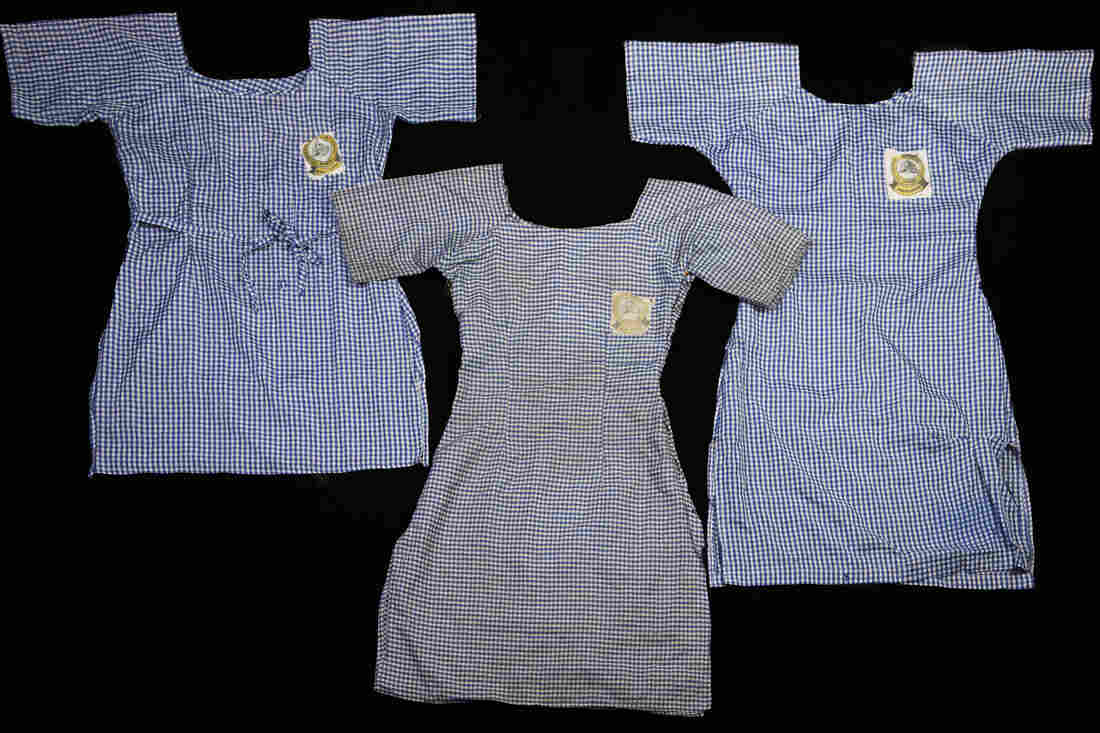 No one knows how many children have been affected by the spread of Boko Haram across Nigeria and neighboring countries. This photo shows the school uniforms of the girls kidnapped from a school a year ago. Glenna Gordon/Glenna Gordon for NPR hide caption 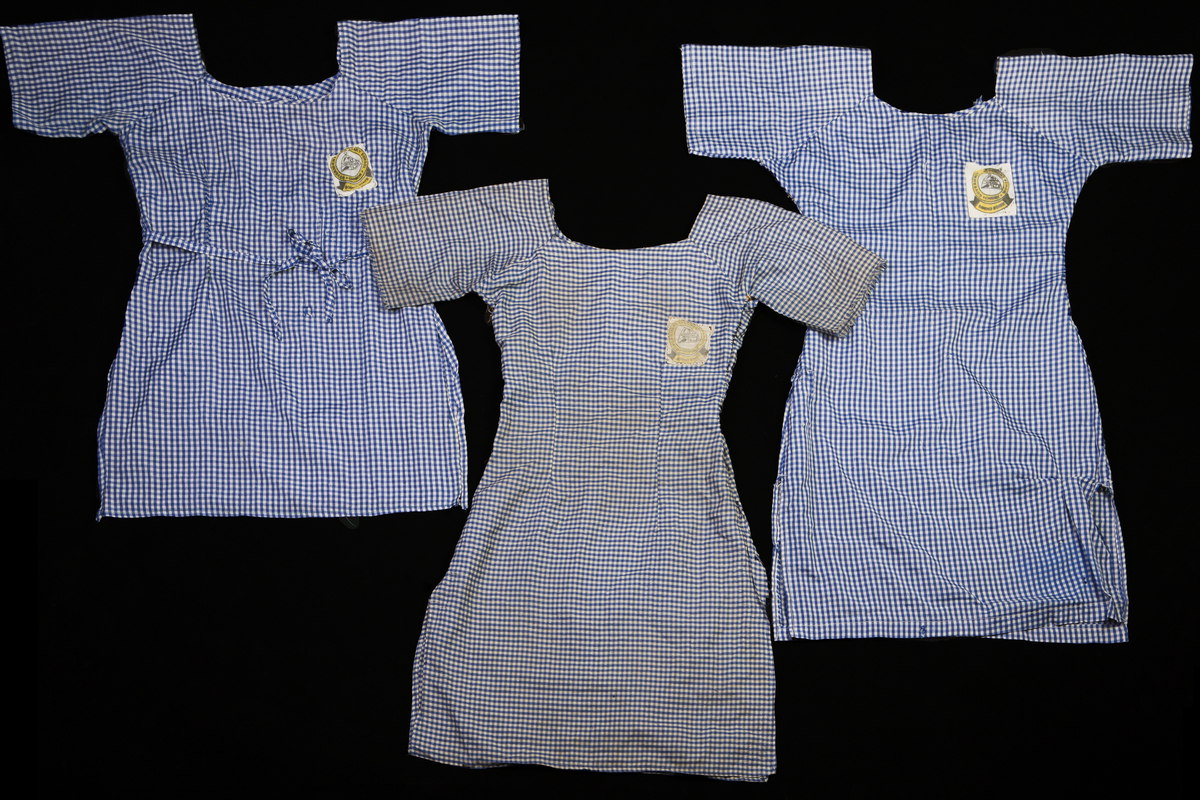 No one knows how many children have been affected by the spread of Boko Haram across Nigeria and neighboring countries. This photo shows the school uniforms of the girls kidnapped from a school a year ago.

It's a story that spread around the world last month: The Cameroonian army had rescued scores of children from Boko Haram. Morning Edition was among the news outlets that covered the story of youngsters said to be so traumatized, they'd forgotten their names.

This was the account of Christopher Fomunyoh, an expert on democracy in Africa and native Cameroonian who had traveled to the center where the children were being held.

Fomunyoh stands by his account. But since its interview with him, NPR has gathered more information.

When the 84 children, all boys ages 4 to 17, were first rescued, they were silent.

"They did not want to say a single word," says Felicite Tchibindat, head of UNICEF in Cameroon. "We thought they were highly traumatized."

But according to Tchibindat, although the boys were exceptionally quiet, it wasn't only because of trauma. They had not forgotten their names.

They just didn't speak French, the language social workers were using to address them. They spoke Fulani and other languages used in their villages along Cameroon's border with Nigeria.

The boys' apparent reluctance to speak is not surprising, says Dr. Theresa Betancourt, of the Harvard T.H. Chan School of Public Health, who researches the reintegration of children affected by conflict. Silence might have helped them survive at the Koranic school from which they were rescued, where the imam was allegedly affiliated with Boko Haram.

"Being demure, not speaking too much, being wary, is a good way to make it through a very frightening circumstance," Betancourt explains.

As for what exactly went on at the school, it's difficult to know even now, more than three months after the rescue on Dec. 19.

One of most urgent questions: Had the boys been trained as child soldiers for Boko Haram?

There was a Cameroonian government investigation into this question. The children were shown weapons and asked if they'd ever touched a gun. None had, the investigators found.

"If they were trained as child soldiers, I can tell you that the Cameroonian officials would put them in jail, because there is no juvenile justice [system] here," explains Tchibindat.

So what happens to the boys now?

Most of their families have been contacted, says Tchibindat. But that doesn't mean the boys can immediately return home.

Because of a Cameroonian anti-terrorism law that penalizes people associating with Boko Haram or other terrorist organizations, the boys' parents are wary of visiting or claiming their children.

"They are afraid they will be put in jail," says Tchibindat. Still, some parents have visited.

Before the boys can be sent home, UNICEF needs to figure out the exact circumstances under which the boys were sent to this particular Koranic school.

Many boys in rural northern Cameroon, and across Muslim West Africa, attend Koranic schools. So poor families often send a child to live at such a school, where their care is entrusted to the imam. In some instances, militant groups might offer money or schooling to vulnerable parents having trouble feeding their children. And desperate families might abandon or even sell their children. Returning a child to such a home is not a safe option, says Betancourt, because the families might do the same thing again.

Betancourt says that ideally, if their families can safely care for them, the boys will be able to return to their villages, and the sooner the better. Because they were indoctrinated as a group, as long as they're together, undoing that teaching will be more difficult.

"If they're in their home environment, and with their own family, the chances of overcoming that indoctrination would be greater."

Being in what Betancourt calls a "normalizing environment" in their home villages will help. Establishing trust and ties with family members — or adoptive families, when needed — is crucial for their recovery. Psychological and neurobiological research shows that a secure attachment with a caring adult is key for a kid recovering from trauma.

Betancourt also says that for the boys and their families, getting basic needs — food, shelter and water — met now is a priority in situations like this. The more quickly these basic needs are addressed, the less vulnerable the families will be to falling under the influence of Boko Haram in the future.