Accessibility links
Drug-Resistant Food Poisoning Lands In The U.S. : Goats and Soda Travelers are bringing a nasty bacterial disease to the U.S. and spreading it to others. The bacteria cause bad diarrhea and are tough to treat because they're resistant to the top antibiotic. 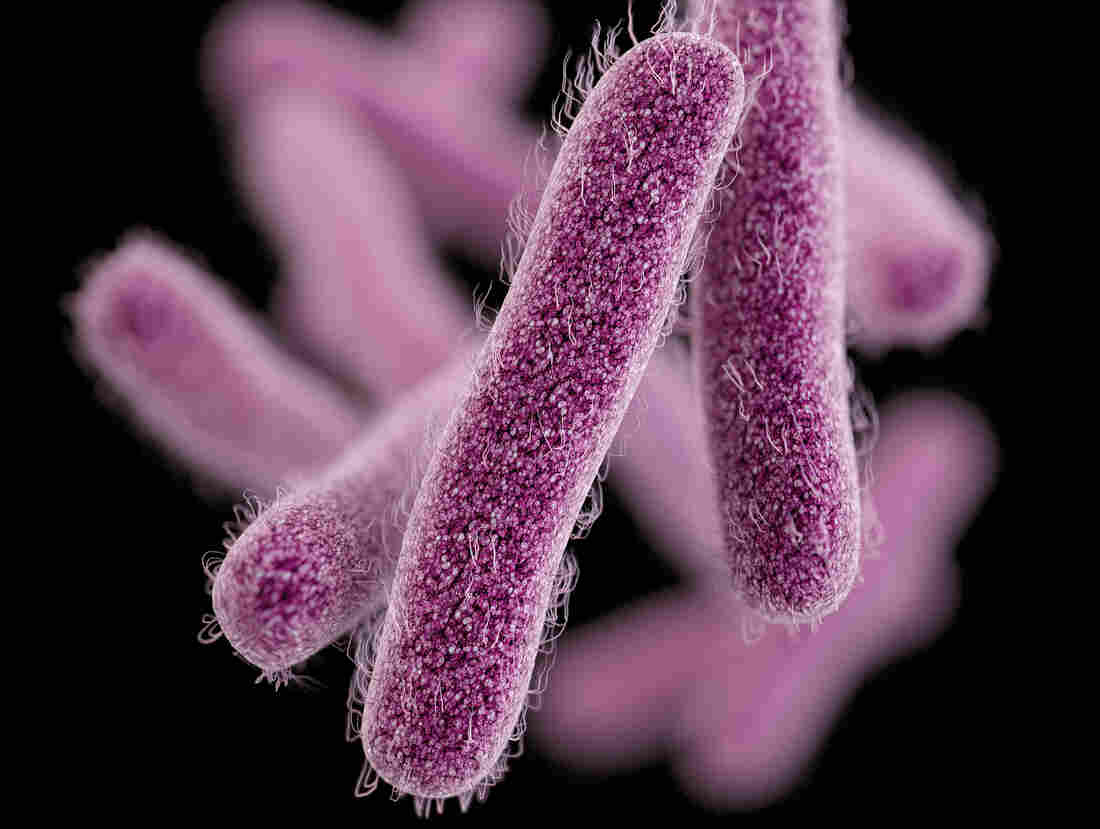 Shigella is a huge problem around the world. The bacteria infect about 100 million people each year and kill about 600,000. CDC/Science Source hide caption 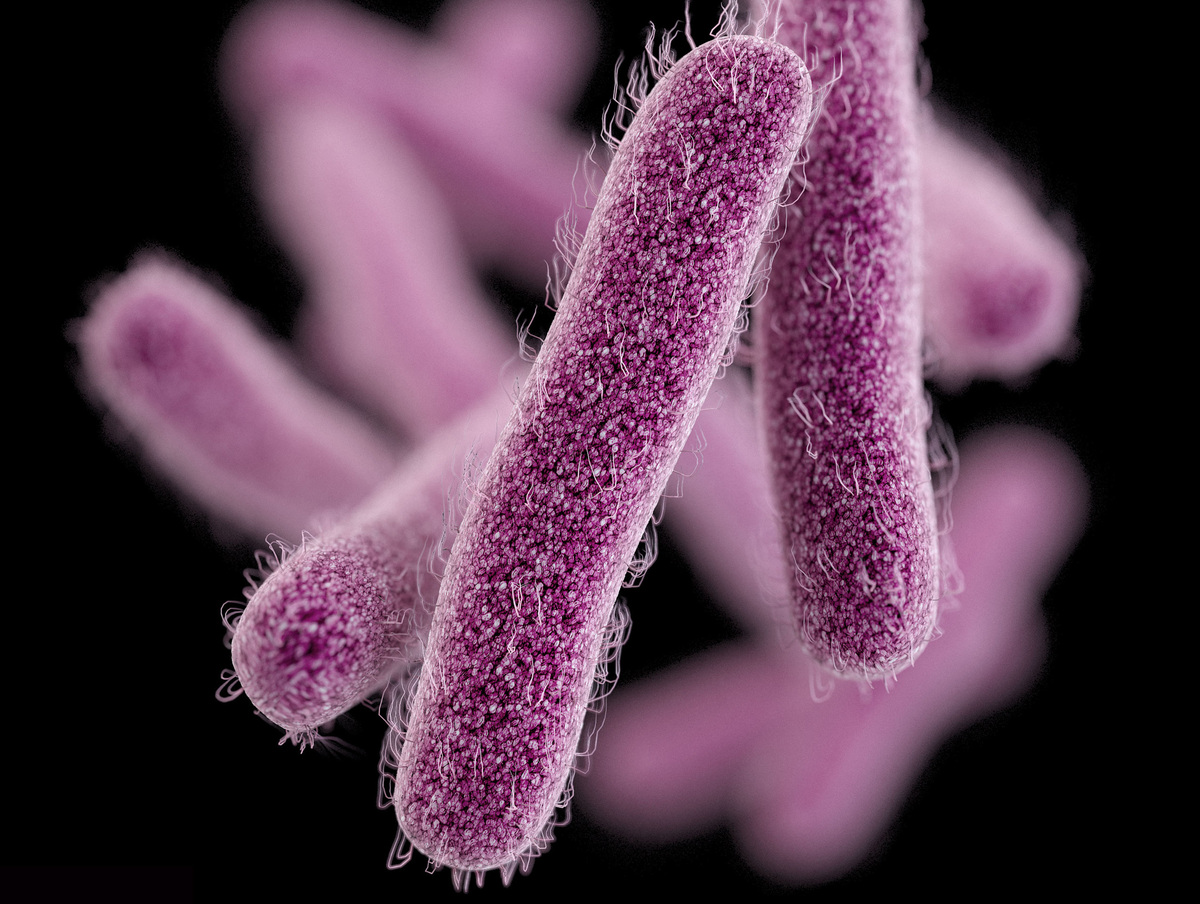 Shigella is a huge problem around the world. The bacteria infect about 100 million people each year and kill about 600,000.

This time last year, a painful new virus was knocking on our doorstep. Travelers were bringing chikungunya to the U.S. And eventually, the mosquito-borne virus set up shop in Florida.

Now the Centers for Disease Control and Prevention says another nasty pathogen is hitching a ride to the U.S. with travelers: multidrug-resistant Shigella.

Shigella is just about as bad as the word sounds. The bacteria infect your intestines and trigger crampy rectal pain, bloody or mucus-laced diarrhea and vomiting.

Multidrug-resistant Shigella has caused several outbreaks over the past year in the U.S., the CDC reports Thursday in the journal Morbidity and Mortality Weekly Report. At least 243 people have gotten sick and about 20 percent were hospitalized.

Those numbers may not sound like much — especially when you consider a half-million Americans get regular shigellosis each year.

So what's the big deal? Well, this strain of Shigella is resistant to the go-to drug for the bacteria: ciprofloxacin.

"If rates of resistance become this high, in more places, we'll have very few options left for treating Shigella with antibiotics by mouth," says epidemiologist Anna Bowen, who led the study. Then doctors will have to resort to IV antibiotics.

Shigella is incredibly contagious. It spreads through contaminated food and water. "As few as 10 germs can cause an infection," Bowen says. "That's much less than some other diarrhea-causing germs."

From May to February, the Cipro-resistant strain popped up in 32 states, with large clusters in California, Massachusetts and Pennsylvania. Bowen and her team linked several of these outbreaks to international travel, including trips to India, the Dominican Republic and Morocco.

But in many instances, people who got sick hadn't traveled outside the U.S. So the strain has already started to circulate in some states, she says.

"This outbreak really highlights that multidrug-resistance in other countries is also a problem for the U.S.," Bowen says. "Cases [in the U.S.] have continued to accrue over the month since we put together this report. So we're monitoring it carefully," she adds.

Most of the time, shigellosis will go away on its own after about seven days. In rare cases, it causes severe blood infections and death.

Around the world, about 100 million people get infected with Shigella each year, and about 600,000 die from it. Cipro-resistant shigellosis is a growing problem globally, especially in Asia.

And if you do get sick, don't reach for the Cipro first. Instead, Bowen says, go for an over-the-counter anti-diarrheal drug before trying an antibiotic.