Accessibility links
'Visibly Pregnant' Girls Are Banned From School In Sierra Leone : Goats and Soda The theory is that they could influence "innocent girls," says the minister of education. That's a belief that's held around the globe. Researchers have another idea.

'Visibly Pregnant' Girls Are Banned From School In Sierra Leone

'Visibly Pregnant' Girls Are Banned From School In Sierra Leone 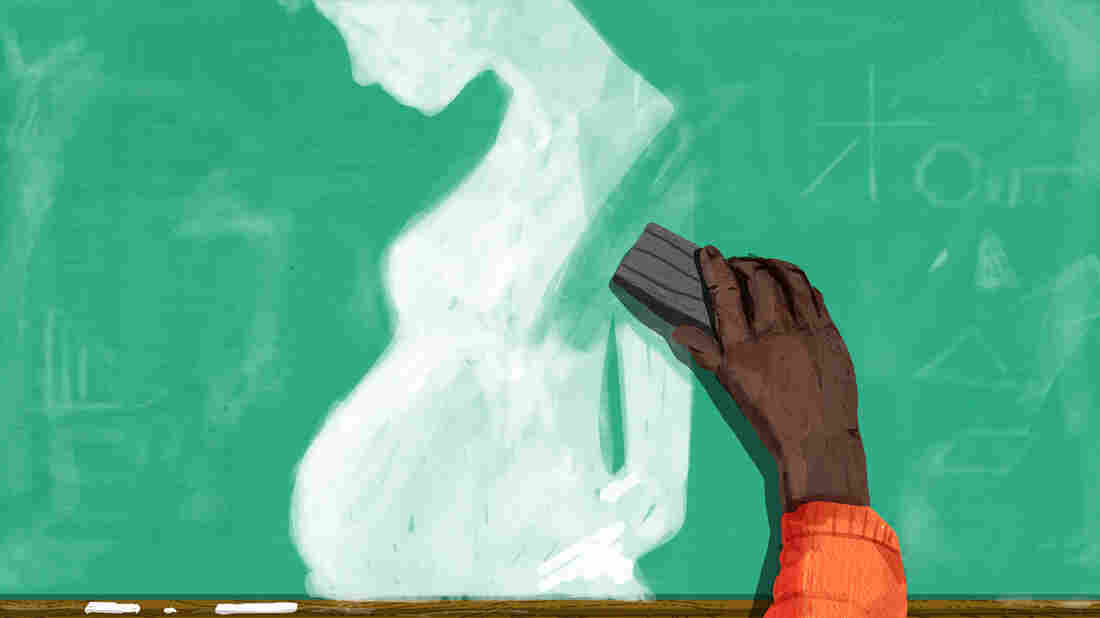 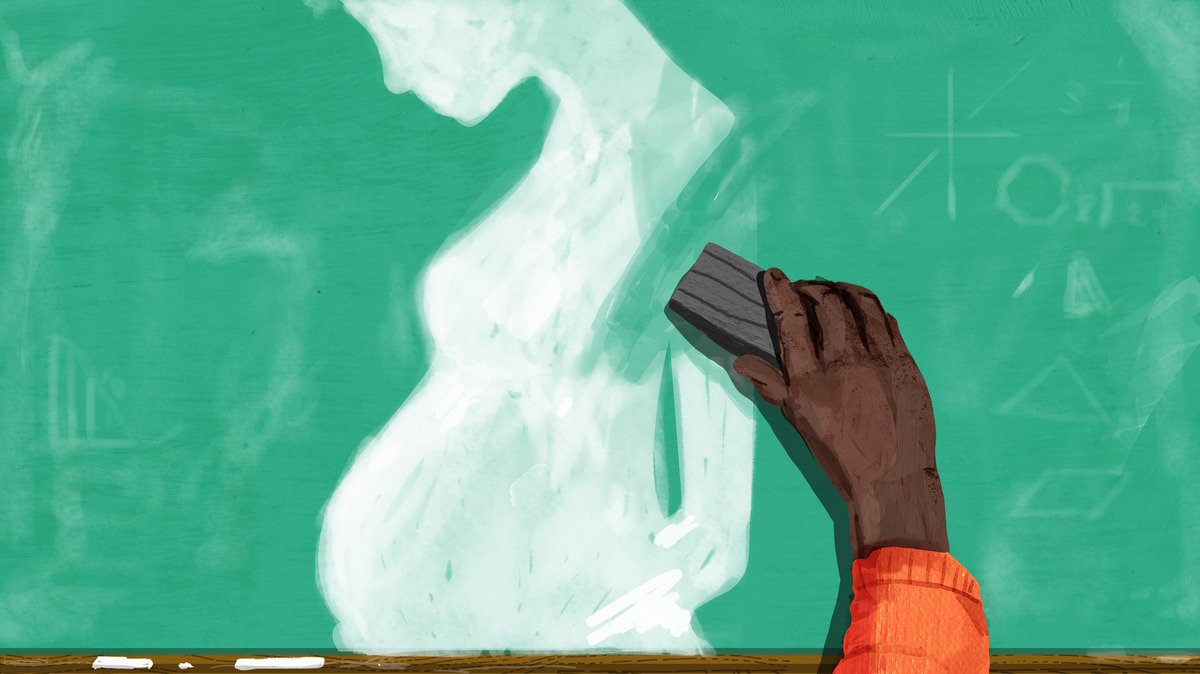 Across Sierra Leone, students are preparing to return to school April 14, after nine months off because of the Ebola epidemic. But one group has been banned from returning, according to a new decree by the minister of education: "visibly pregnant" girls.

Minister of Education Minkailu Bah announced the ban last week, explaining that "innocent girls" could be negatively affected by their pregnant peers. The ban would prevent seniors from taking the exams needed to graduate and attend college.

And this isn't just a Sierra Leone issue. The question of how to educate pregnant girls spans the globe and hits home in the U.S. — despite laws here that guarantee a teenager's right to an education even if she is pregnant.

The ban in Sierra Leone comes at a time when the government has already undertaken a strategy to reduce teen pregnancy, including peer mentorship and health education. The country says that its high rate of pregnancy among adolescent girls is a national crisis. One-third of pregnancies in Sierra Leone are teenage pregnancies, according to national health data.

But current studies would seem to indicate that Sierra Leone is on the wrong track by keeping pregnant girls out of school.

Research in several countries by affiliates of the Abdul Latif Jameel Poverty Action Lab (J-PAL) at MIT shows there is a way to lower unwanted pregnancy rates among adolescent girls and women ... but not by barring pregnant girls from school.

In a nutshell: If it's cheaper to go to school, fewer girls get pregnant. If girls can envision a future for themselves where they can get an education, they're more likely to choose that educated future. But if they know there's no way their family can afford to keep them in school, getting an education just isn't realistic, and it becomes less of a priority. In Ghana, for example, giving secondary school scholarships lowered pregnancy rates by 15 percent.

As far as Minister Bah's idea that associating with pregnant peers could lead other girls to get pregnant, seeing the realities of pregnancy could actually be a deterrent. One study attributed a 5.8 percent drop in teen pregnancy rates across the U.S. just from teenagers watching the MTV show 16 and Pregnant.

Nonetheless, the idea persists that the sight of a pregnant teen will make other girls want to become pregnant.

"We hear that all the time," says Lara Kaufmann, director of education policy for at-risk students at the National Women's Law Center. "Schools think that if they provide support to these students, other students will want to get pregnant."

Kaufmann says that even though Title IX guarantees pregnant girls in the U.S. equal access to education and activities, she gets calls from teenagers facing discrimination every week. Some girls say they are barred from participating in sports or student government. A school official might gently suggest they'd be better off at home; some schools illegally expel pregnant girls.

It's especially disappointing, Kaufmann says, because of the accounts she hears from women who had their children during high school or college. The surprising reason why? Pregnant students tend to be highly motivated.

"A lot of them describe their pregnancy as a turning point, a realization that they really need to succeed in school to support their child."

All the more reason, Kaufmann says, to focus on helping more girls finish school instead of denying education to pregnant girls.

There's a glimmer of hope for girls in Sierra Leone, however, even if not for teenagers who got pregnant during the long months out of school because of Ebola.

Just before Easter, the country's president Ernest Koroma promised that for the next two years, the government will pay school and exam fees, and provide supplies, for public school students. School is about to get cheaper for kids across Sierra Leone, so if J-PAL's research holds true, the country may see teen pregnancy rates go down after all.