Accessibility links
A Hermaphrodite Goat Could Be The Ultimate Scapegoat : Goats and Soda It lives in Gaza. It has male private parts — and udders. People think its milk might have special powers. The government thinks it's a scam and wants to kill it. We'll find out its fate on Sunday.

A Hermaphrodite Goat Could Be The Ultimate Scapegoat

A Hermaphrodite Goat Could Be The Ultimate Scapegoat 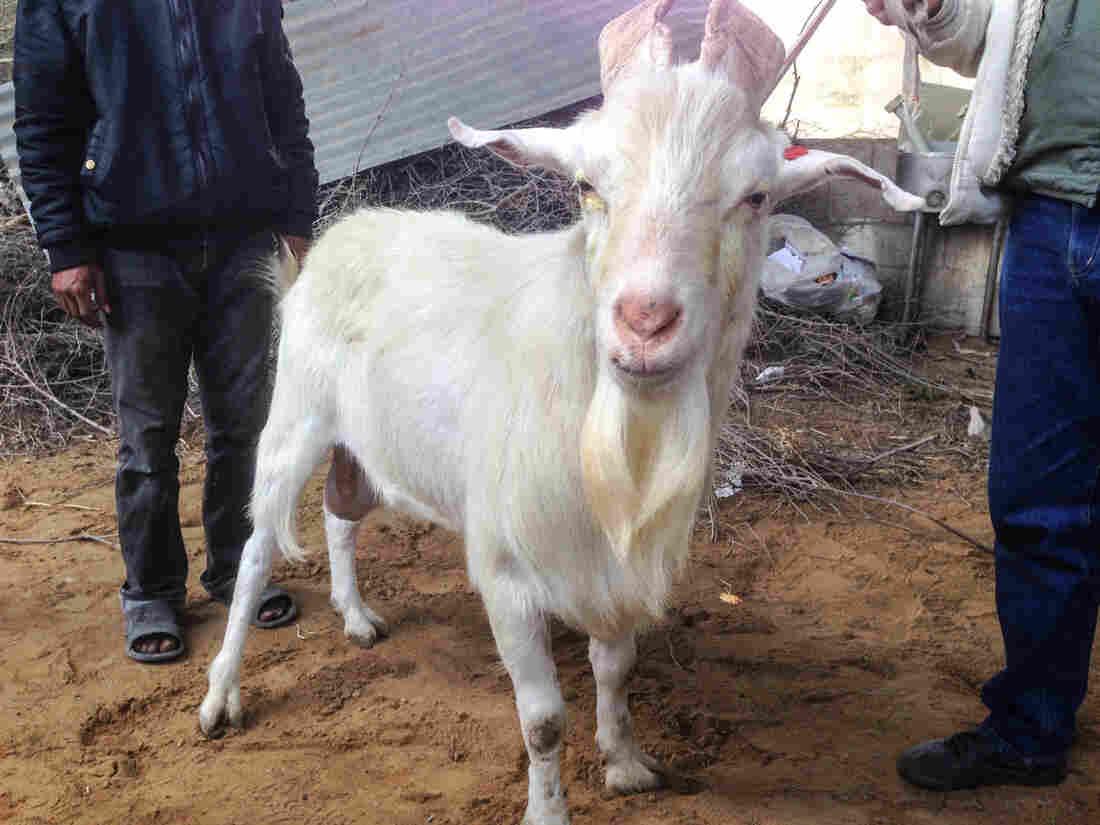 The owners of this Gaza goat say it is a hermaphrodite: male private parts and an udder. Emily Harris/NPR hide caption 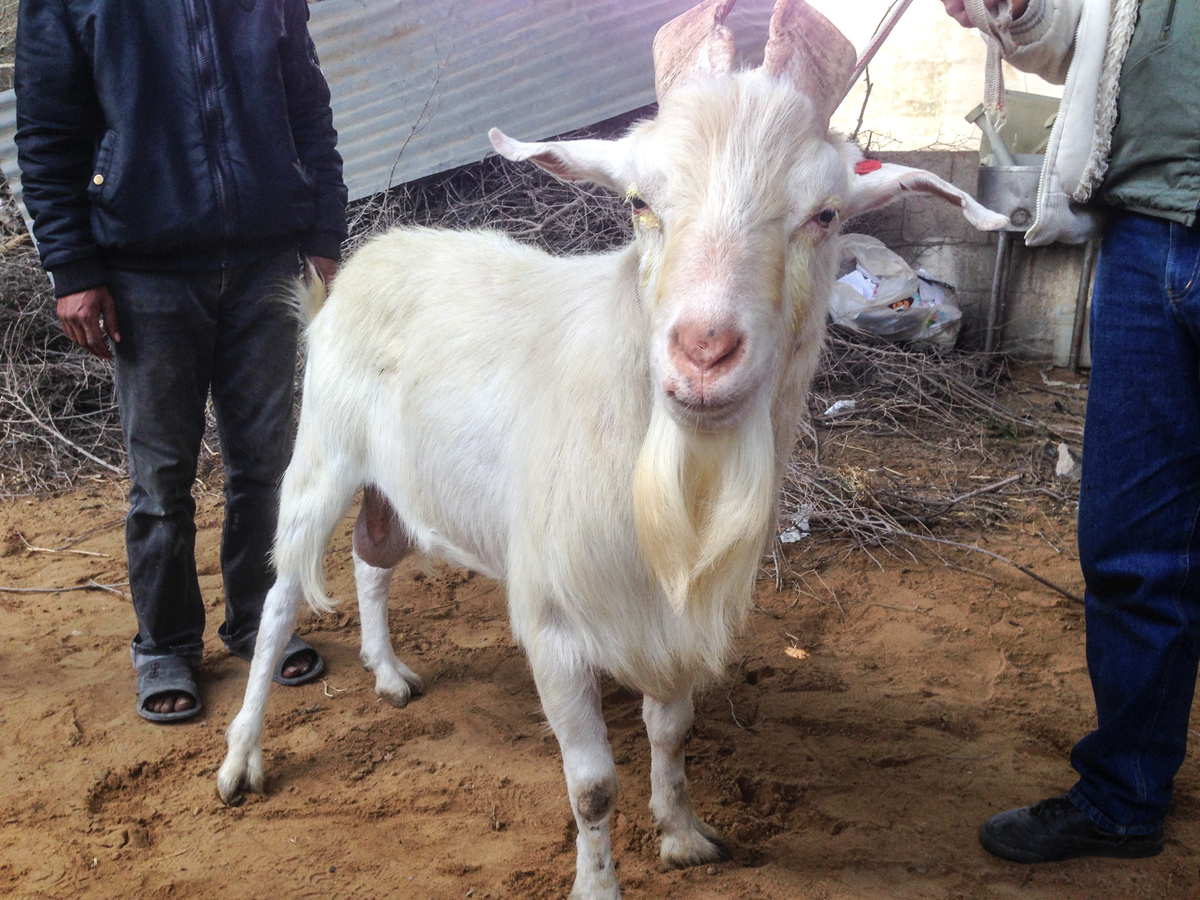 The owners of this Gaza goat say it is a hermaphrodite: male private parts and an udder.

The goat trade is a good business in Gaza. Every couple of weeks, Abdel Rahman and his business partner, Jaser Abu Said, buy half a dozen young goats imported from Israel and sell them for meat.

Last time, they got something unusual. Of the five goats they bought, for about $600 each, one was a hermaphrodite.

By all appearances, it was male, with a large build and visible male sex organs. But it also had udders. And gave milk.

And this goat might have offered a new business opportunity. Like people everywhere, some Gazans believe natural oddities can have curative powers.

In fact, hermaphroditic goats aren't all that rare. When two naturally hornless goats breed, around 1 in 5 offspring is a hermaphrodite.

But Rahman said he would never sell such milk to people.

"Haram," he said — meaning forbidden in Islam. He made allusions to possible "black magic" uses.

The police disagreed. They were certain that people had bought the milk of the hermaphroditic goat.

And so came the government order. Kill the goat.

Signed by the deputy minister of agriculture for Gaza's southern region, the official order said the goat has been used to violate the public health, and this "may cause severe damage to civilians."

I asked Zakharia Kafarna, director of veterinary services in Gaza's Ministry of Agriculture, what kind of "severe damage."

He said fooling the public.

"People may be using this milk believing this will help them," he said. "These are rumors, this is wrong and we do not want people to be fooled. That's why we decided to kill the animal."

Goat owner Rahman angrily calls this uncivilized. "They have to prove there is something actually wrong with the milk," he shouted. "They gave no reasons. They are unscientific and arrogant."

As I arrived to see the goat, police were hauling away Abu Said. He was released less than an hour later. An officer in charge (who wished to remain anonymous as he wasn't authorized to speak about the goat) said they brought Abu Said in because he'd promised to kill the goat himself but then hadn't done it.

He had, instead, hidden the goat. Down a dusty road from the shack by the main pen, a right, a left, past olive trees, in the back of another barn. After the police had left, boys dragged it out from hiding to show off its thin streams of milk.

And that milk will determine this goat's fate. In the end, the government agreed to test the milk to see if it is safe for human consumption. If so, Abdel Rahman and Jaser Abu Said can keep the goat. If not, the execution order stands. Results are due Sunday.