Accessibility links
Jonas Salk's Polio Vaccine Makes A Comeback : Goats and Soda As it marks its 60th birthday, the injectable vaccine is still critical. It's "needed to end polio for good," as Carol Pendak of Rotary's Polio Plus program puts it. 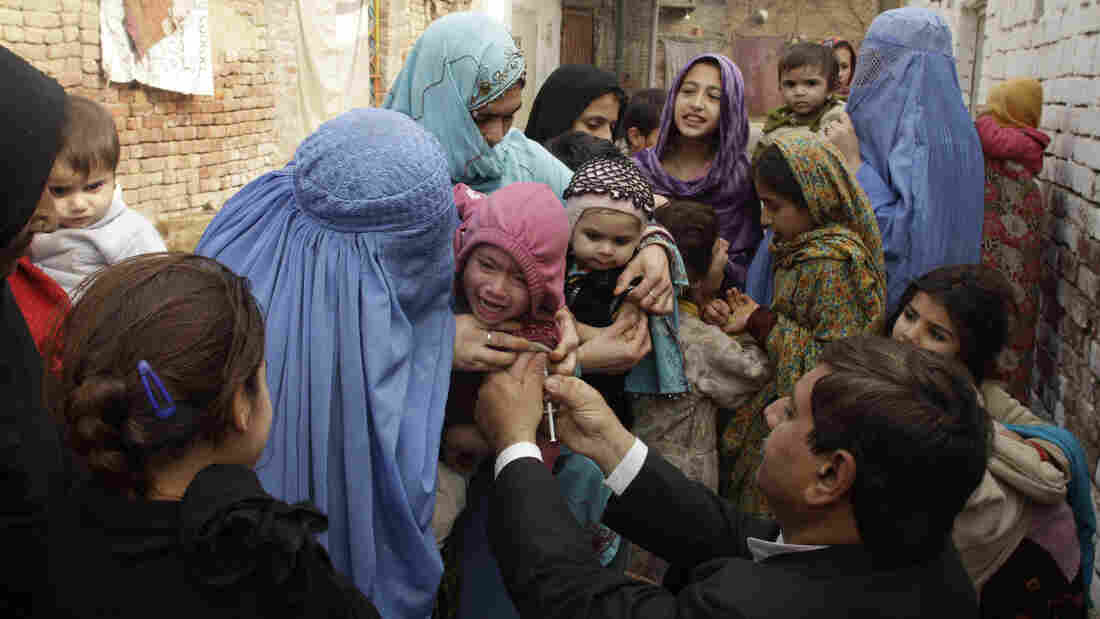 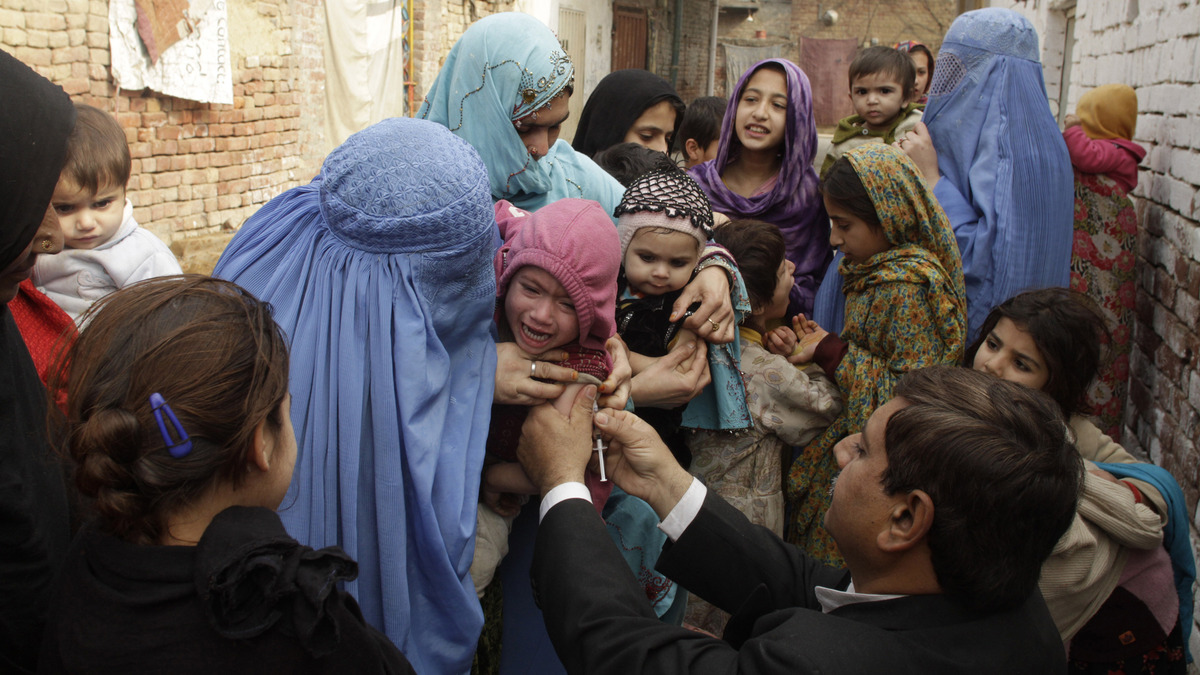 A health worker injects a vaccine to prevent polio and measles in Lahore, Pakistan.

The injectable polio vaccine marks its 60th birthday Sunday. For many people, it seems like a relic — isn't the oral version, not the injectable, the vaccine that's supposed to end polio within a few years?

But after being eclipsed by the oral polio vaccine, the injectable version has made a quiet comeback in some developed countries, including the U.S. And now the vaccine introduced by physician Jonas Salk in 1955 is re-emerging on the global level. Health experts believe it is key to eliminating the disease in the developing world. 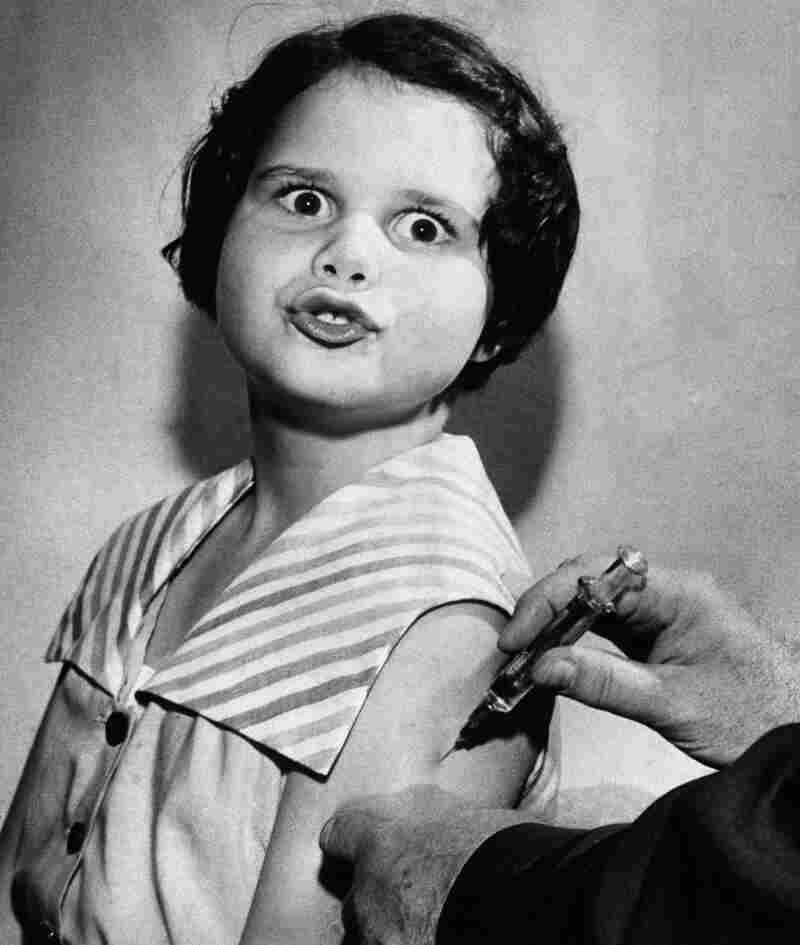 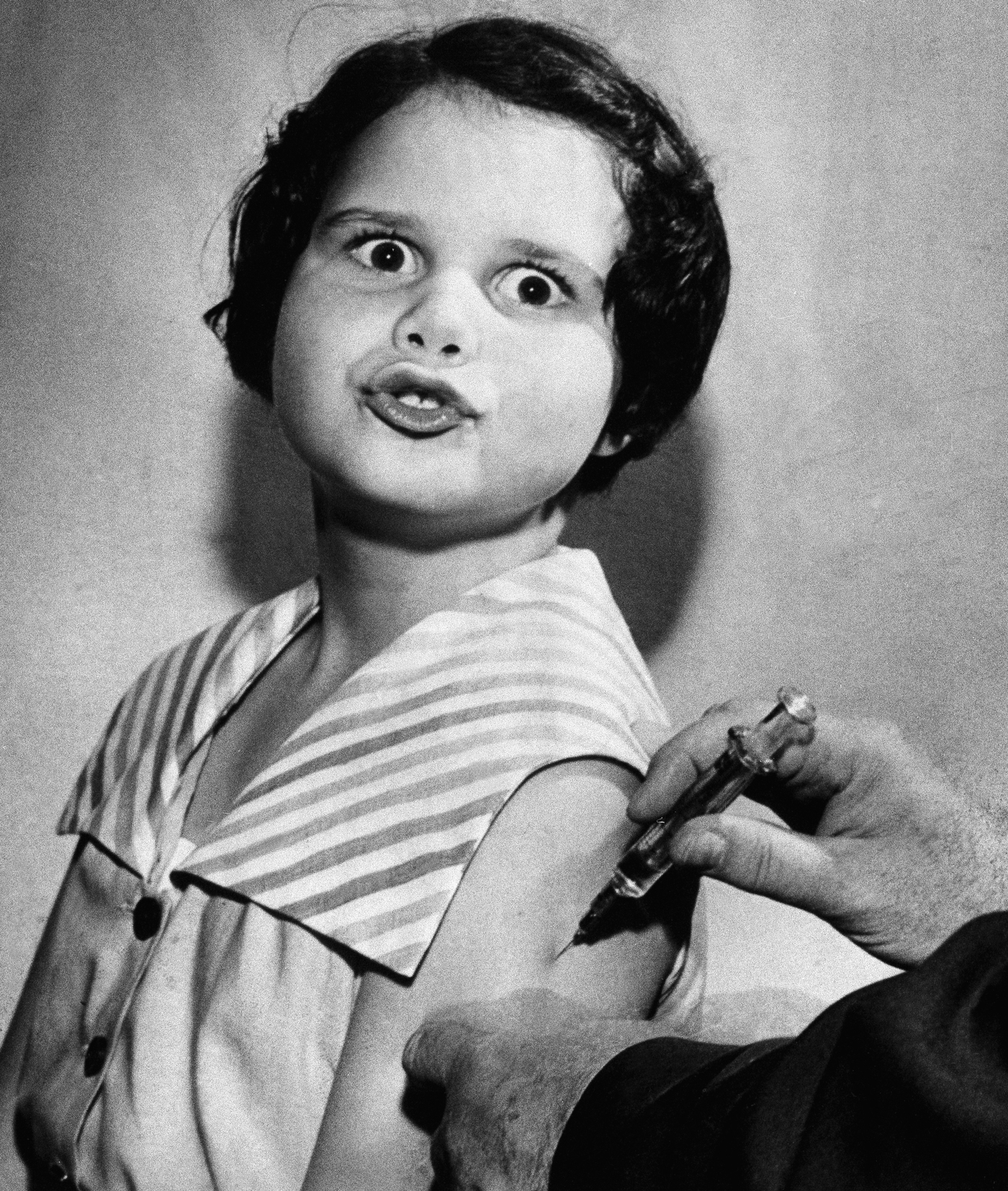 Both vaccines require multiple doses. The oral vaccine has some clear advantages. It's given as drops, so pretty much anyone can deliver it and without any special equipment. It's more effective. And it's a lot cheaper. But in rare circumstances — roughly 1 in 750,000 vaccinations — the oral polio vaccine, which is made with a live, weakened virus, can cause an infection. That's why the injectable version, made of a killed virus, is used in the U.S.

But the oral version has remained the sole workhorse in low- and middle-income countries. Injections, with their higher price and need for trained health care workers, weren't considered worth the effort — until now. "With the introduction of injectable polio vaccine, we are one step closer to seeing this disease ended for good," said Carol Pandak, director of Rotary's Polio Plus program, in an email interview.

That's because in places where the risk of polio is very low, health specialists don't want to use a vaccine that could in rare cases cause polio.

One challenge to replacing the oral vaccine with the injectable version will be gaining acceptance in Pakistan, where workers distributing the oral version have been shot at and killed by members of the Taliban. The terrorist group claims the vaccines are a tool of the West designed to harm people. Any changes in the vaccine could be used by the Taliban or others to frighten people. ​

The two big vaccination planning groups — the World Health Organization and the Global Polio Eradication Initiative — have added the injectable version to their eradication plans. By the end of 2015, at least one of the multiple doses of polio vaccine given to children in most of the developing world will be the injectable variety. The exception is in countries where polio has gained a foothold or could spread: Oral vaccines are preferred because of the ease of delivery.

The change comes at a cost. The oral version is about 15 cents per dose, and the injectable is a dollar or more per dose in low-income countries — and higher elsewhere. But planners say the injectable vaccine is worth it. "Including one dose of injectable polio vaccine is necessary to eliminate even the very rare vaccine-derived cases," says Pandak. The official Polio Eradication and Endgame Strategic Plan calls for eventually phasing out oral doses for the injectable vaccine. 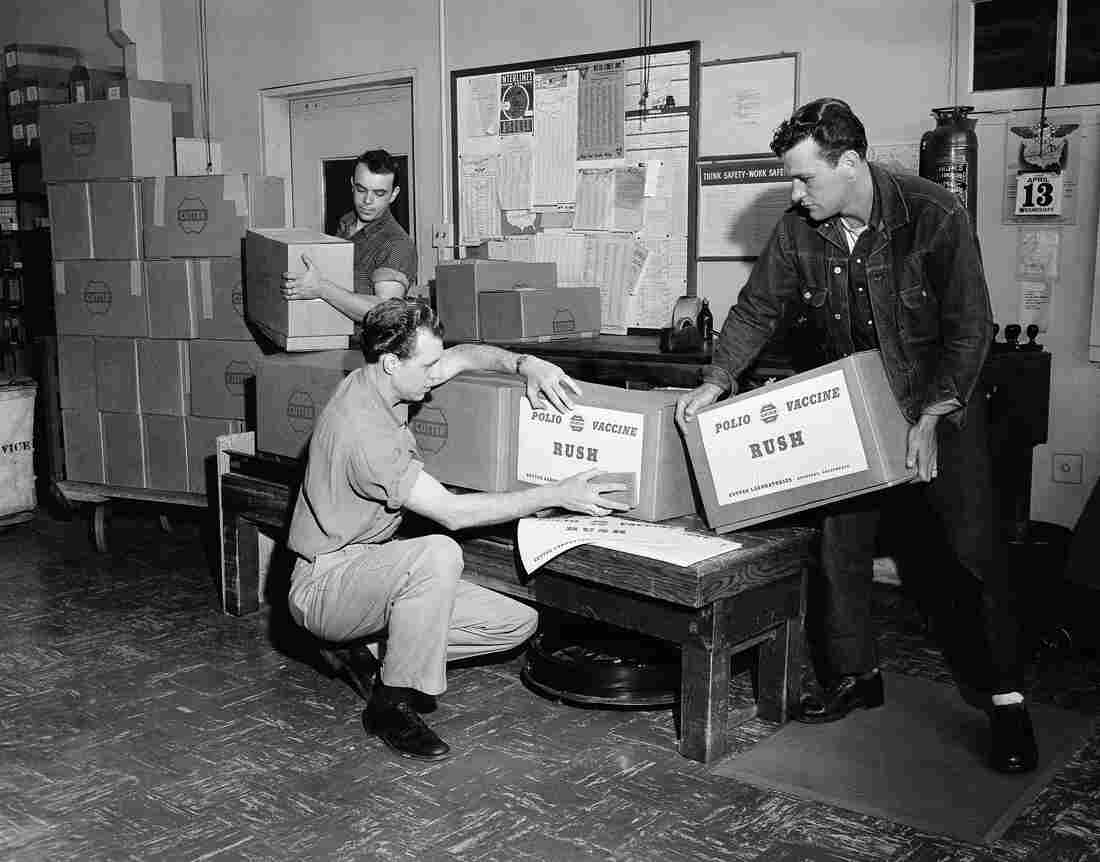 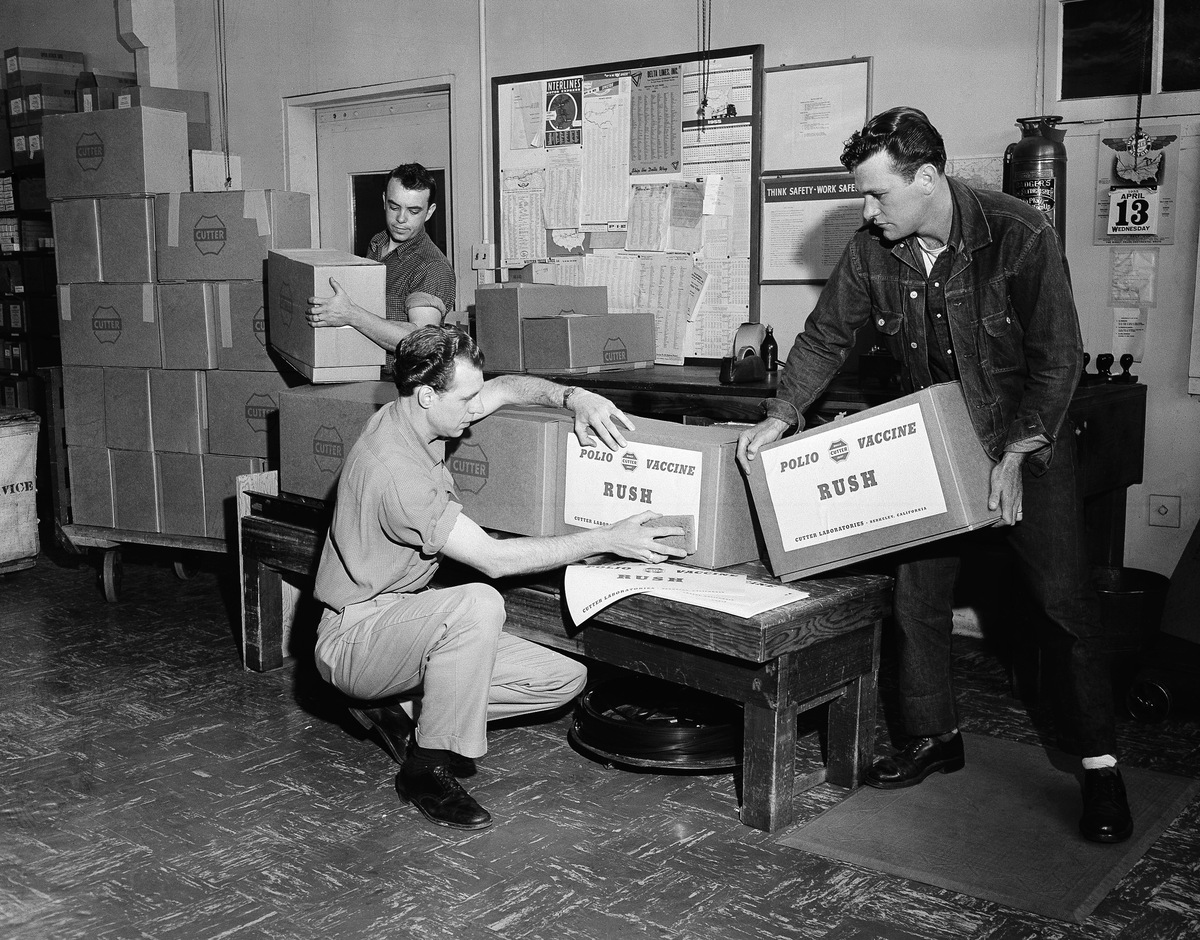 Pandak says the Global Polio Eradication Initiative (of which Rotary is a part) and GAVI, the global vaccine alliance, have promised funding for low-income countries.

So happy birthday, injectable polio vaccine. If your addition to global vaccination plans means the disease is eradicated once and for all, maybe in a few years we'll be celebrating your retirement.