Accessibility links
How Modern Life Depletes Our Gut Microbes : Goats and Soda For the first time, scientists have looked at the microbiome of an isolated Amazon tribe. The study finds that the Western lifestyle has wiped dozens of species out of American guts. 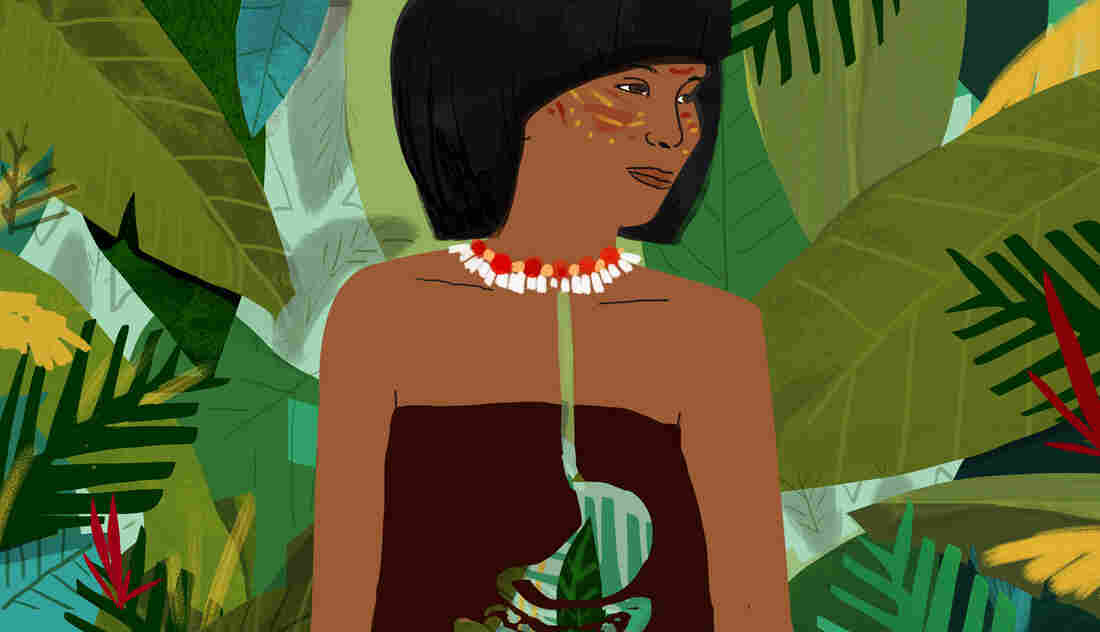 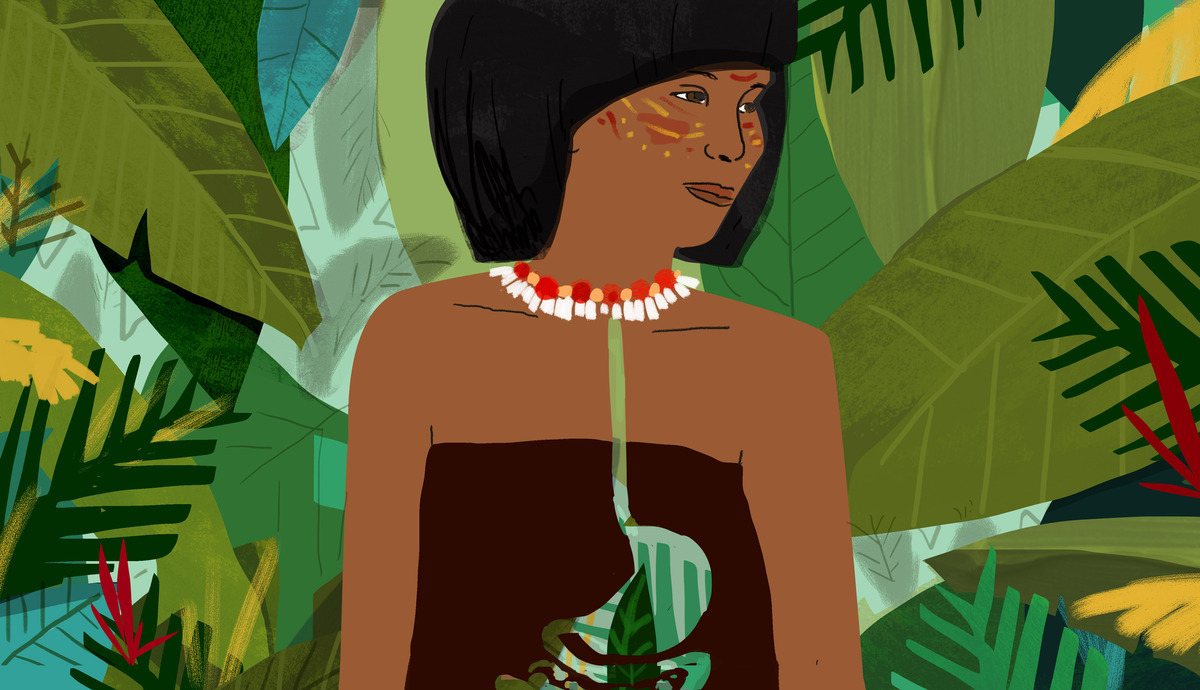 Looks like many of us don't have the right stomach for a paleodiet. Literally.

Two studies give us a glimpse into our ancestors' microbiome — you know, those trillions of bacteria that live in the human gut.

And the take-home message of the studies is clear: Western diets and modern-day hygiene have wiped a few dozen species right out of our digestive tracts. One missing microbe helps metabolize carbohydrates. Other bygone bacteria act as prebiotics. And another communicates with our immune system.

Fighting To Save The Forest: Interview With A Yanomami Shaman

"The concern is that we're losing keystone species," says microbiologist M. Gloria Dominguez-Bello, at the New York University School of Medicine. "That's a hypothesis, but we haven't proved it."

Dominguez-Bello and her colleagues are the first to characterize the gut bacteria of people completely isolated from modern medicine, food and culture.

In 2009, her colleagues and a medical team with the Venezuelan government took a helicopter to a remote Yanomami tribe at the border of Venezuela and Brazil. Members of the tribe have lived as hunter-gatherers for more than 11,000 years in a mountainous area of the Amazon rain forest.

The visit was the first time that particular tribe had direct contact with modern society. "They knew about us, but we didn't know about them," Dominguez-Bello says. "They had names [in their language] for our helicopters and planes."

Dominguez-Bello's colleagues took samples from 12 of the villagers' fecal matter. Back in New York City, the team used DNA analysis to figure out which species thrived in the hunter-gatherers' guts.

The biggest surprise was how many different species were present in the Yanomami's microbiome. The tribe had about 50 percent more ecological diversity than the average American has, Dominguez-Bello and her colleagues reported Friday in the journal Science Advances.

How Bacteria In The Gut Help Fight Off Viruses

As cultures around the world become more "Western," they lose bacteria species in their guts, Dominguez-Bello says. At the same time, they start having higher incidences of chronic illnesses connected to the immune system, such as allergies, Crohn's disease, autoimmune disorders and multiple sclerosis.

"So the big question is: Are these two facts related?" Dominguez-Bello asks. "It's not clear if more diversity in the microbiome is healthier. But maybe we have lost species with important functions."

Clearly diet plays a big role in determining which critters hang out in our digestive tracts. "The Yanomami tribe don't sit down and eat big meals, three times a day, like we do," Dominguez-Bello says. "They eat a little bit all day long. They just grab a banana when they want. Or go eat some fish soup with plantains."

But Dominguez-Bello says there's likely another reason, besides diet, for the diversity in the Yamomami's GI system: The tribe had never been exposed to antibiotics before the 2009 visit.

"Antibiotics kill bacteria in the gut, and sometimes species don't come back," Dominguez-Bello says, "This is especially true with children, whose microbiomes are in the process of getting assembled. Impacts on the microbiome at a young age can have long-lasting consequences."

But Jens Walter, a microbiologist at the University of Alberta, isn't convinced antibiotics are the major reason for the bacteria extinctions in Western guts. His data point to a more subtle culprit.

Walter and his collaborators have characterized the gut microbes in two indigenous populations in Papua New Guinea. Unlike the Yanomami tribe, these groups regularly use antibiotics. But they still have high levels of diversity in their microbiomes, Walter and his team reported Thursday in the journal Cell Reports.

Sophisticated sanitation and hygiene in Western society might be limiting the species that end up in our guts, Walter and his team report. Bacteria spread more easily from person to person in Papua New Guinea because the communities don't have sewage systems and clean drinking water.

"Clean drinking water is one of the most important achievements of Western culture," Walter says. "It prevents the spread of infections, but it also prevents the easy exchange of our microbiomes."

At the end of the day, though, less diversity in our guts may be a small price to pay for overall good health, Walter says.

"We don't want to romanticize life in Papua New Guinea," he says. "They may have much lower incidences of allergies and autoimmune diseases. But they are actually less healthy than people in Western societies. Their life expectancy is lower, and their infant mortality rate is high because of infections and parasites."