Accessibility links
Irene, A Ugandan Prostitute, Explains How To Use A Condom : Goats and Soda With her shy charm and sunny smile, she makes viewers realize that behind the label "sex worker" there's a sweet young mom, just trying to feed her kids.

Irene, A Ugandan Prostitute, Explains How To Use A Condom

Irene, A Ugandan Prostitute, Explains How To Use A Condom

The interviewer asks the fresh-faced young woman named Irene: "What do you do here in this village?"

"I am a prostitute," she says.

Wilbur Sargunaraj, who's from India, likes to make videos about village life. He did a series, including a music video, for Goats and Soda last year. This past week he published the video "How To Wear The Condom" on YouTube, featuring his interview with Irene.

Sargunaraj went to Uganda in November to film a music video (in partnership with Endiro Coffee, which donates a portion of its profits to help lift Ugandans out of poverty). 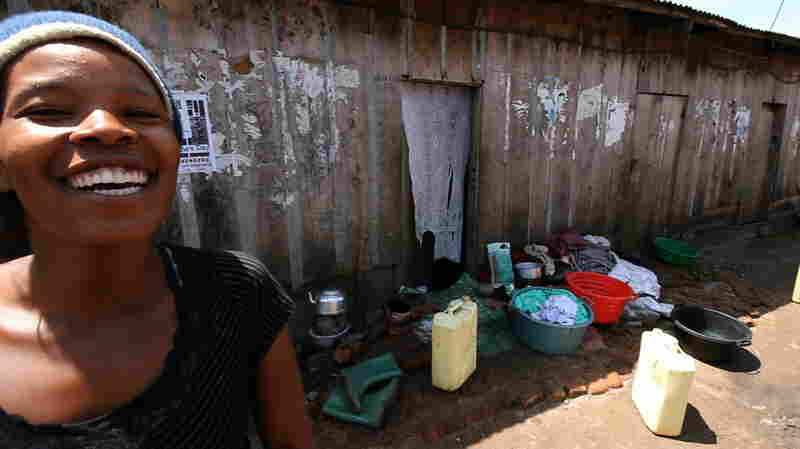 Irene lives in a fishing village in Uganda where the rate of HIV infection is 43 percent. Wilbur Sargunaraj for NPR hide caption 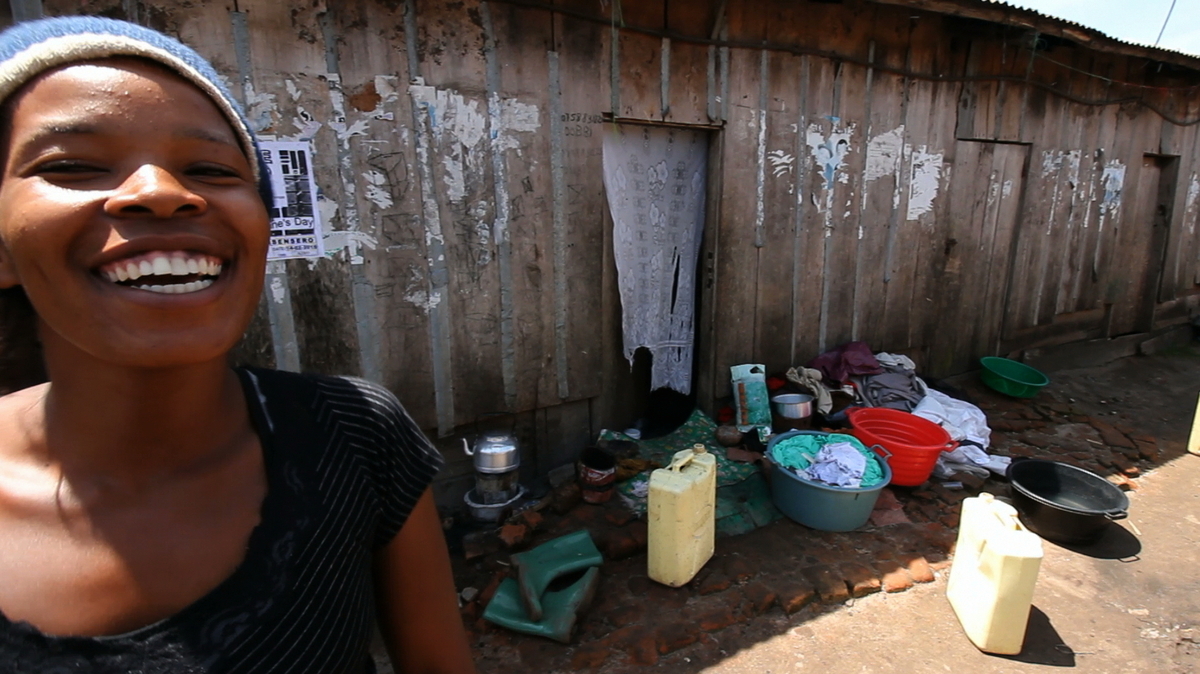 Irene lives in a fishing village in Uganda where the rate of HIV infection is 43 percent.

While he was there, a staff member with the International Organization for Migration took him on a four-hour drive to the village of Kansensero so he could make a video that would "enter into the world" of people who don't typically have a presence on YouTube. That's where he met Irene.

Irene is in her 20s and has been a prostitute for seven years. She's a little nervous at the start of the interview but goes on to give a lesson about the proper use of a condom (demonstrating on a banana). She also shares her life story, which has its share of tragic moments, including a client who beat her. But she seems remarkably resilient, talking about how she uses her earnings to take care of her two kids.

She is also a peer mentor, teaching other sex workers about the importance of condoms in a village where HIV was first diagnosed in Uganda in the 1980s. Today an estimated 43 percent of the 10,000 residents is HIV-positive.

In The Village: Wilbur Goes Home

"I am the one who puts on the condom," Irene says. The man might say he'll do it, she says, but then probably won't.

In addition to learning Irene's condom strategies (starting with: check the "expiry" date), Sargunaraj learned something else from her: "The number one thing she taught me is that there is beauty in everything, and that everyone has intrinsic value."

Irene probably hasn't yet seen the YouTube video, Sargunaraj says. He doesn't think her village has Internet access. But he hopes to go back to Uganda and make a music video with Irene, who dreams of being an entertainer and says of herself: "I can sing and make a comedy."

Thanks to Sargunaraj, she's now a star on YouTube.