Accessibility links
She's Got One Of The Toughest Diseases To Cure. And She's Hopeful : Goats and Soda Drug-resistant tuberculosis is a growing problem. It's spread through the air. It can kill you. And it's incredibly difficult to treat. But a program in Peru shows that the disease can be cured. 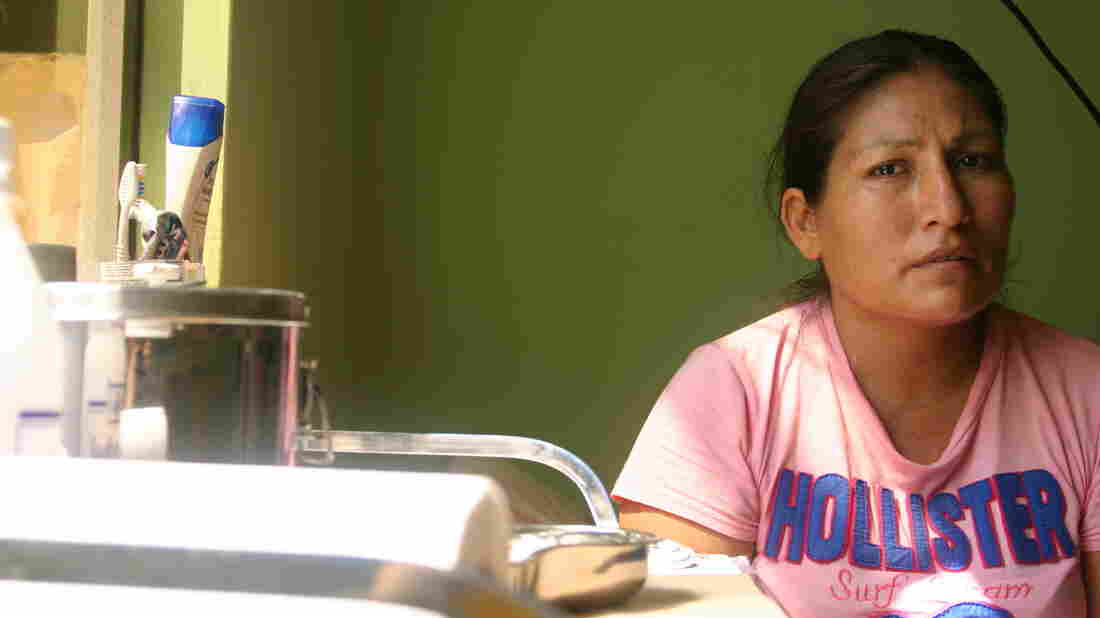 Jenny Tenorio Gallegos, 35, in Lima, Peru, is being treated for drug-resistant TB. The treatment lasts two years and may rob her of her hearing. Jason Beaubien/NPR hide caption 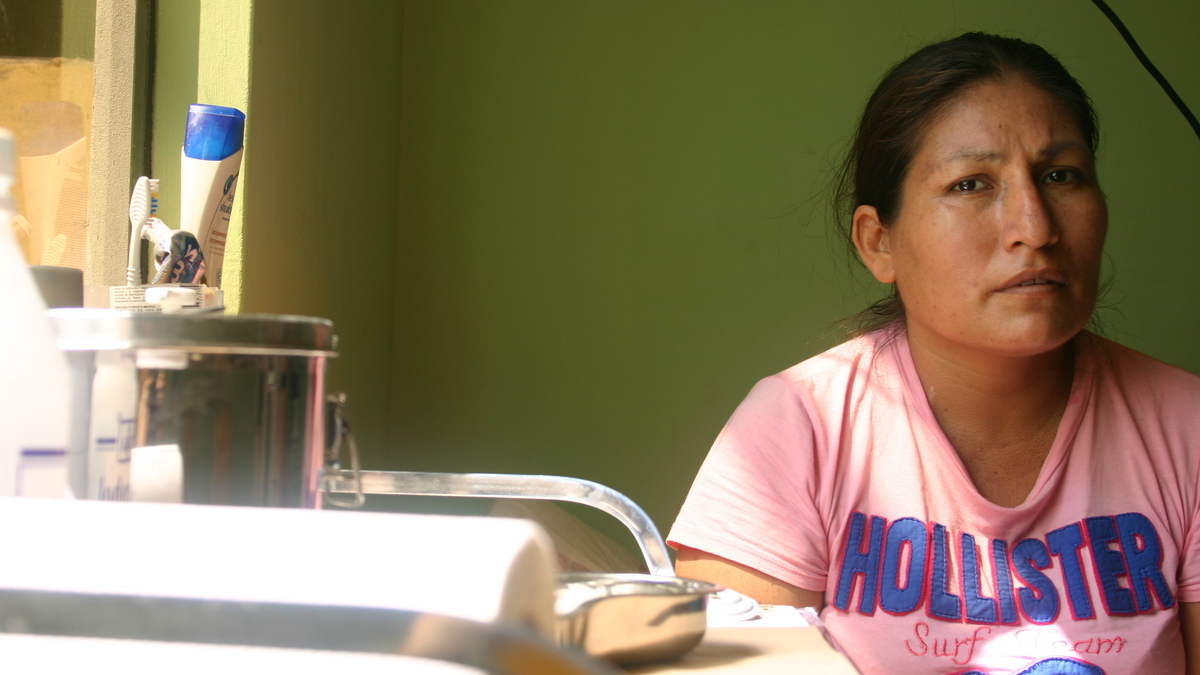 Jenny Tenorio Gallegos, 35, in Lima, Peru, is being treated for drug-resistant TB. The treatment lasts two years and may rob her of her hearing.

Drug-resistant tuberculosis is not only airborne and lethal; it's one of the most difficult diseases in the world to cure.

In Peru, 35-year-old Jenny Tenorio Gallegos wheezes even when she's sitting still. That's because of the damage tuberculosis has done to her lungs. The antibiotics she's taking to treat extensively drug-resistant TB nauseate her, give her headaches, leave her exhausted and are destroying her hearing.

"At times I don't hear well," she says. "You have to speak loud for me to be able to understand."

The drugs to cure her of TB, her doctors say, could leave her permanently deaf.

But the alternative — no treatment at all — is even worse.

Indeed, drug-resistant tuberculosis is the kind of disease that gives public health officials nightmares. According to the World Health Organization, the number of cases around the world tripled between 2009 and 2013. 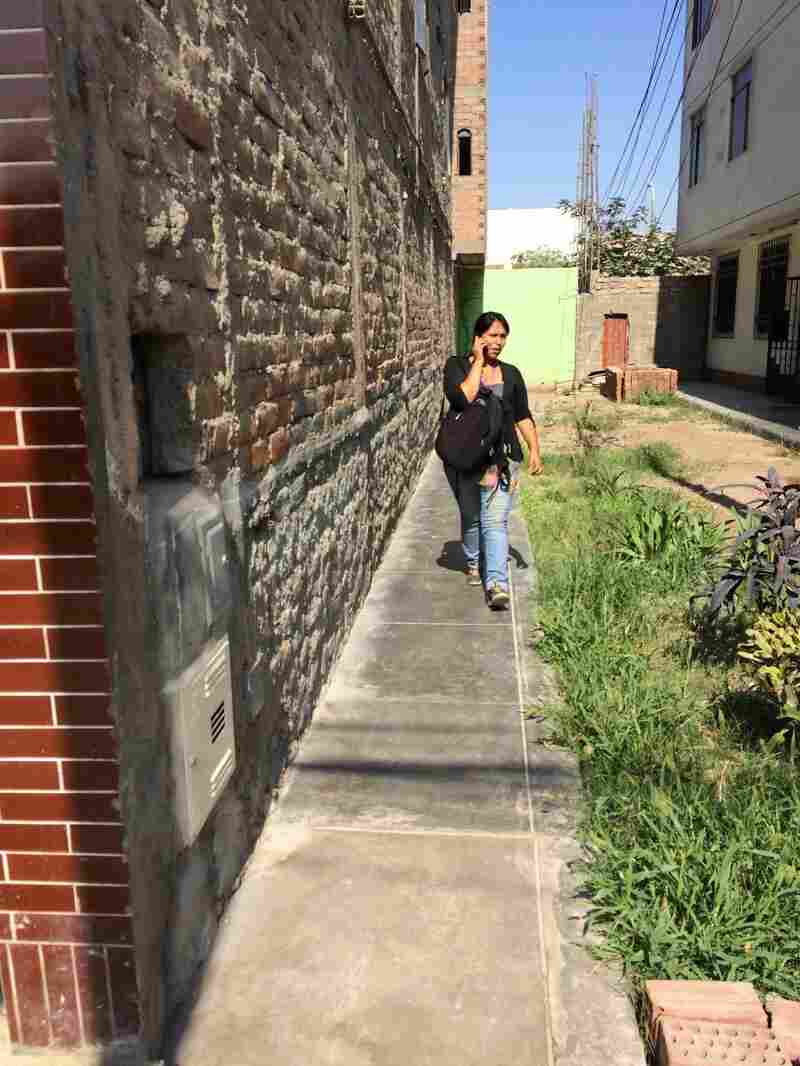 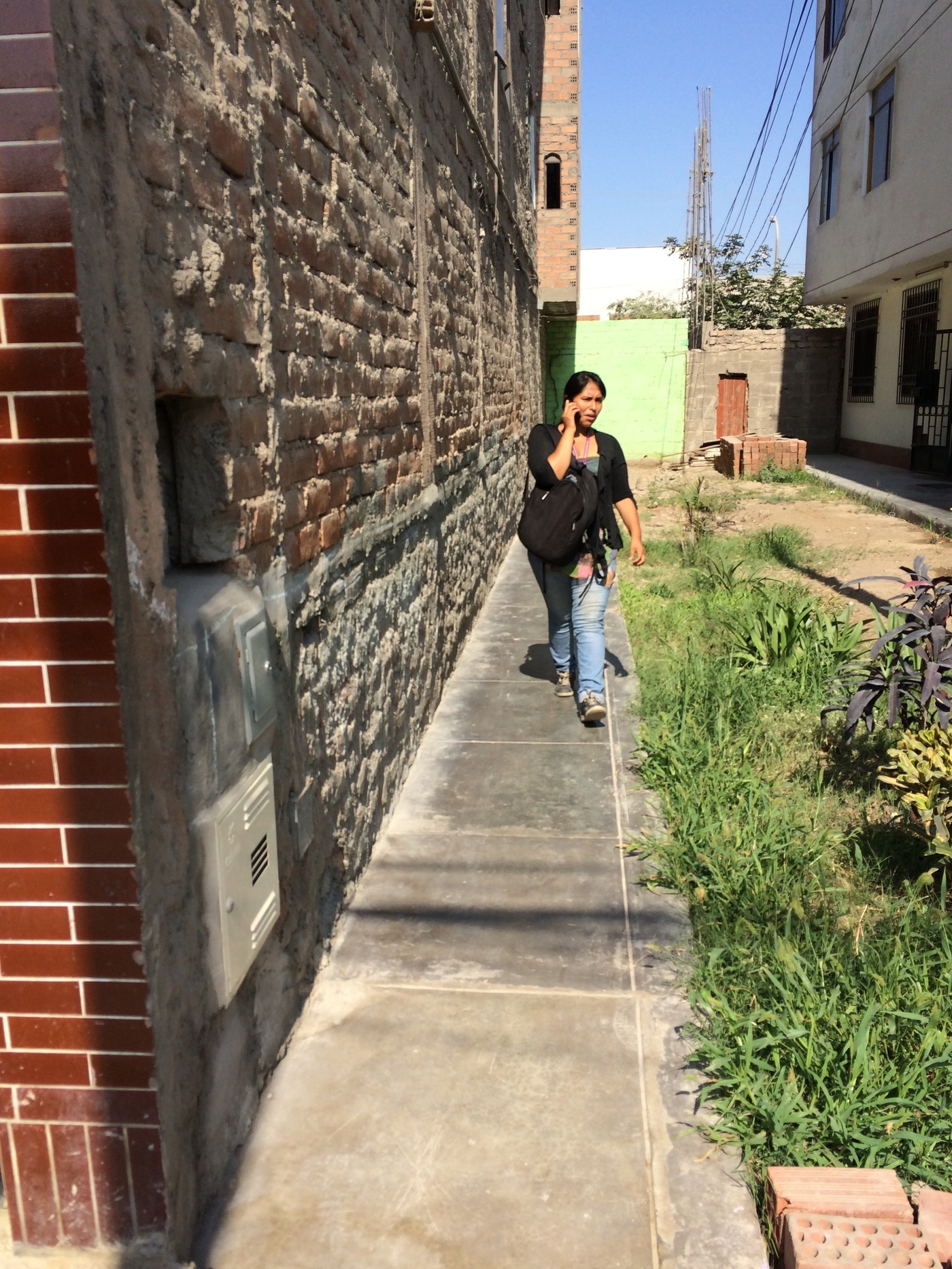 The key to containing it is to get patients into treatment. But that treatment can take years and is so difficult that many patients give up before they're cured.

Tenorio is from a village about 6 1/2 hours outside Lima. She and her husband work as laborers on an asparagus farm. The international medical charity Partners in Health is overseeing her care. PIH has rented her a room in a dusty neighborhood on the north side of the capital. Twice a day, she gets an hourlong IV infusion of powerful antibiotics through a catheter in her chest. She's been in treatment for a year and has another 12 months to go.

Tenorio says she can accept the hearing loss and other side effects but hates being separated from her family. She has two children; they're ages 13 and 3. "At times I feel sad because I miss my children," she says. "But I have to stay calm because by taking my medicine, then I won't infect them. And so I try to stay as calm as I can."

Of the roughly 9 million cases of TB around the world each year only about 5 percent are drug-resistant, according to the World Health Organization. Drug resistance is the worst in Eastern Europe, where more than 20 percent of all TB cases won't respond to the standard drugs. And while regular TB is a major killer particularly among people with compromised immune systems, drug-resistant TB is far more lethal. The death rate is about 40 percent.

Oscar Ramirez with PIH in Peru says this form of TB is curable so long as patients can manage the side effects of the two-year treatment.

"It's not only about the drugs," he says.

Patients with drug-resistant TB aren't able to work for months. So they have no money for food. And if they were to go back to work to earn a living, they could further spread the disease. Ramirez says systems need to be in place to take care of these patients until they're cured.

"What we try to do is give comprehensive support to the patients," he says.

A Troubling Rise In Drug-Resistant Tuberculosis

The Peruvian government oversees the treatment of most tuberculosis patients in the country. PIH manages the difficult cases: patients who've failed treatment in the past or declined treatment for one reason or another. The group sends a nurse twice a day to check on several dozen patients in Lima and administer the TB medications. PIH also buys food for the patients and makes sure they have transportation to the hospital.

"Sometimes they feel depressed, lonely in this treatment," Ramirez says.

Depression can lead them to abandon the treatment.

Ramirez acknowledges that some of PIH's patients do drop out. But this program has helped Peru do far better than many other countries in curing drug-resistant tuberculosis.

Treatment for drug-resistant TB treatment is successful only about half the time. But according to the Peruvian Ministry of Health, three-quarters of the local patients who finish their treatment completely recover.

"At times I feel bad. I feel like I'm going to throw up. I get headaches and stomachaches from the pills I take," she says. "But the most important thing is that I get cured."