Accessibility links
I'd Like To Buy The Emerging World A Coke : Goats and Soda The Mad Men finale featured the classic jingle: "I'd like to buy the world a Coke," sung by a globally diverse group. Today, the global market is more important than ever to Big Soda.

I'd Like To Buy The Emerging World A Coke

I'd Like To Buy The Emerging World A Coke 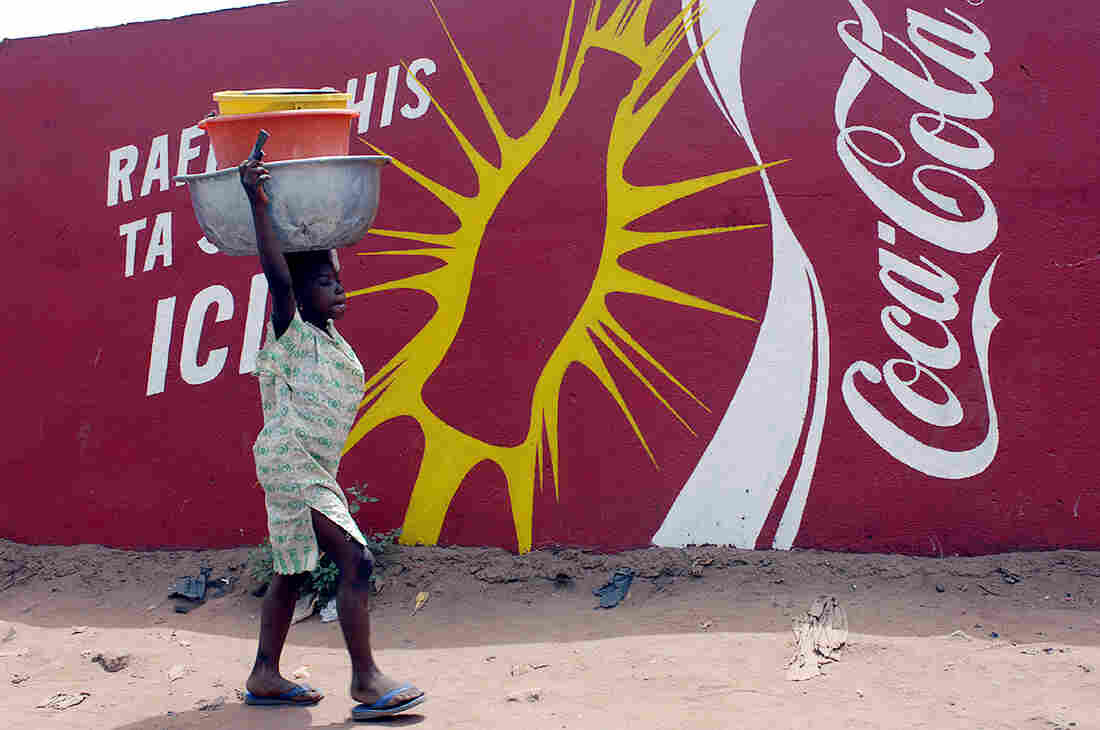 A woman walks past an ad for Coca-Cola in Bamako, the capital of the Republic of Mali. New York Daily News Archive/NY Daily News via Getty Images hide caption 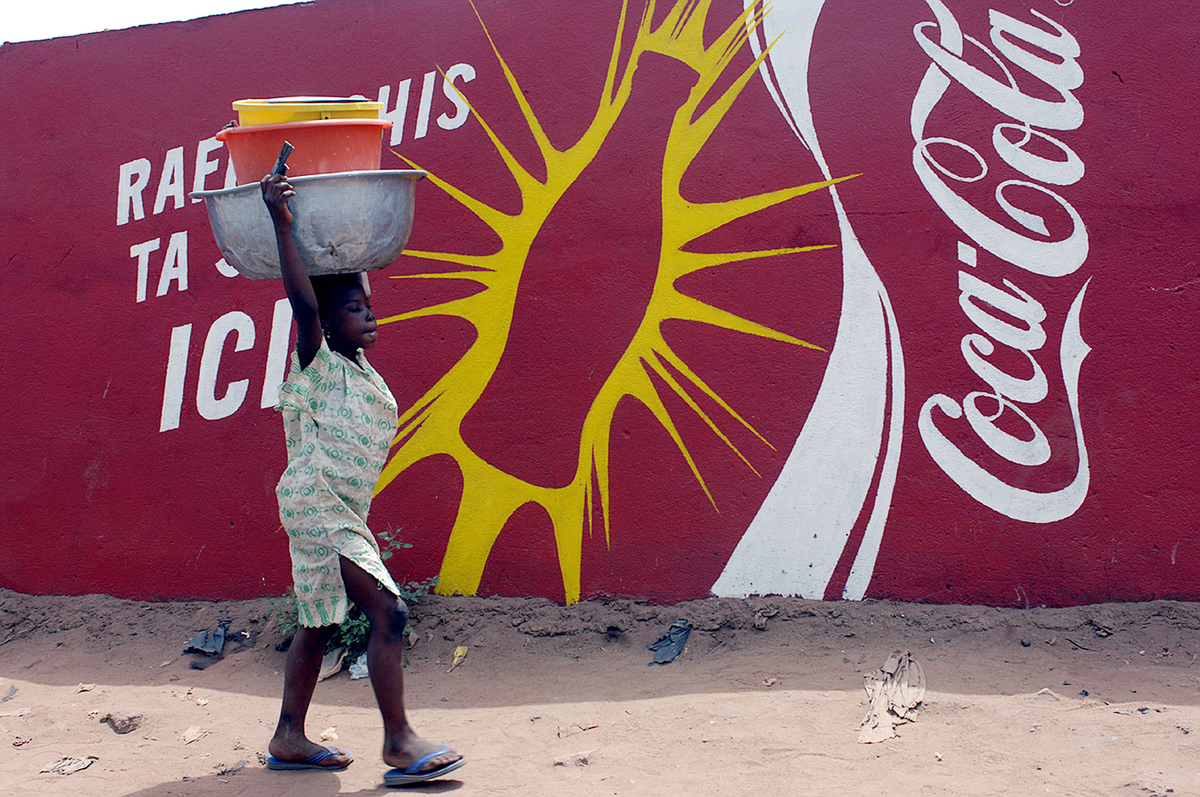 A woman walks past an ad for Coca-Cola in Bamako, the capital of the Republic of Mali.

So who does drink the most soda in the world, anyway?

That's a question that popped into my mind after the series finale of Mad Men. Ad man Don Draper goes on a hippie retreat, chants some "oms" and then the famous 1971 Coke jingle, sung by an ethnically diverse group of youth, begins to play: "I'd like to buy the world a Coke and keep it company. It's the real thing."

There's debate over what that means on the show. Did Draper write the jingle?

But as the host of a blog called Goats and Soda, I was focused on soda data: How are Coco-Cola and the other Big Soda companies, Pepsi and Dr Pepper, doing in efforts to sell the world its carbonated beverages — especially the developing world?

To find out, I spoke to two beverage analysts: Will McKitterick of IBISWorld and Howard Telford of Euromonitor International.

Sales of soda are still huge in North America and Western Europe. We're talking 12.76 billion gallons last year in the U.S. alone. But consumption of soda in these markets is stagnating or declining, McKitterick and Telford say. There are various theories why: concerns about extra calories and artificial ingredients used to sweeten diet sodas; interest in other beverages, such as energy and fruit drinks, water and tea.

To boost soda sales, companies are looking elsewhere, like Africa and Asia. There's a rising middle class in those regions, and people have more disposable income for treats like soda.

"And you have a large young population that's growing," McKitterick says. Their parents may stick to local brands — that's especially true in China. But the young'uns "may be more willing to purchase new brands and international brands coming into the country." Like Coke and Pepsi.

So the message of that 1971 ad is more important than ever, Telford says, because Big Soda is "depending on driving consumption in the emerging world."

Some governments aren't happy about that. With rising rates of obesity and diabetes, Mexico last year levied a one peso tax (about 7 cents) on soda and other sweetened drinks. Early indications are that the soda tax has caused a drop in consumption, McKitterick says.

There's a global twist to the Mexico story. Mexico bottles a version of Coke sweetened with cane sugar instead of the corn syrup used in the U.S. Coca-Cola says the taste is the same either way, but "MexiCoke," as it's nicknamed, is imported into the States because some purists prefer cane sugar. They're willing to pay a little more to get what they think of as — to quote the 1971 ad — "the real thing."