Accessibility links
WHO Calls For $100 Million Emergency Fund, Doctor 'SWAT Team' : Goats and Soda The World Health Organization isn't ready for the next pandemic or international health crisis, so the agency's leader is calling for major reforms. But will the changes be enough? 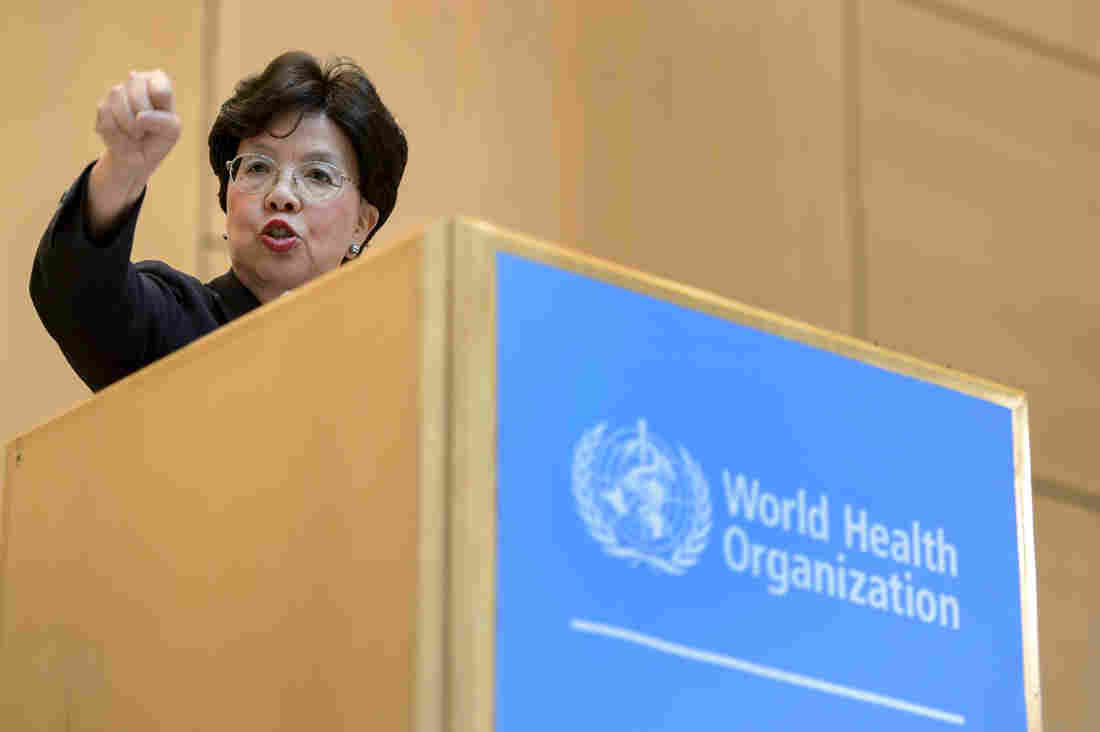 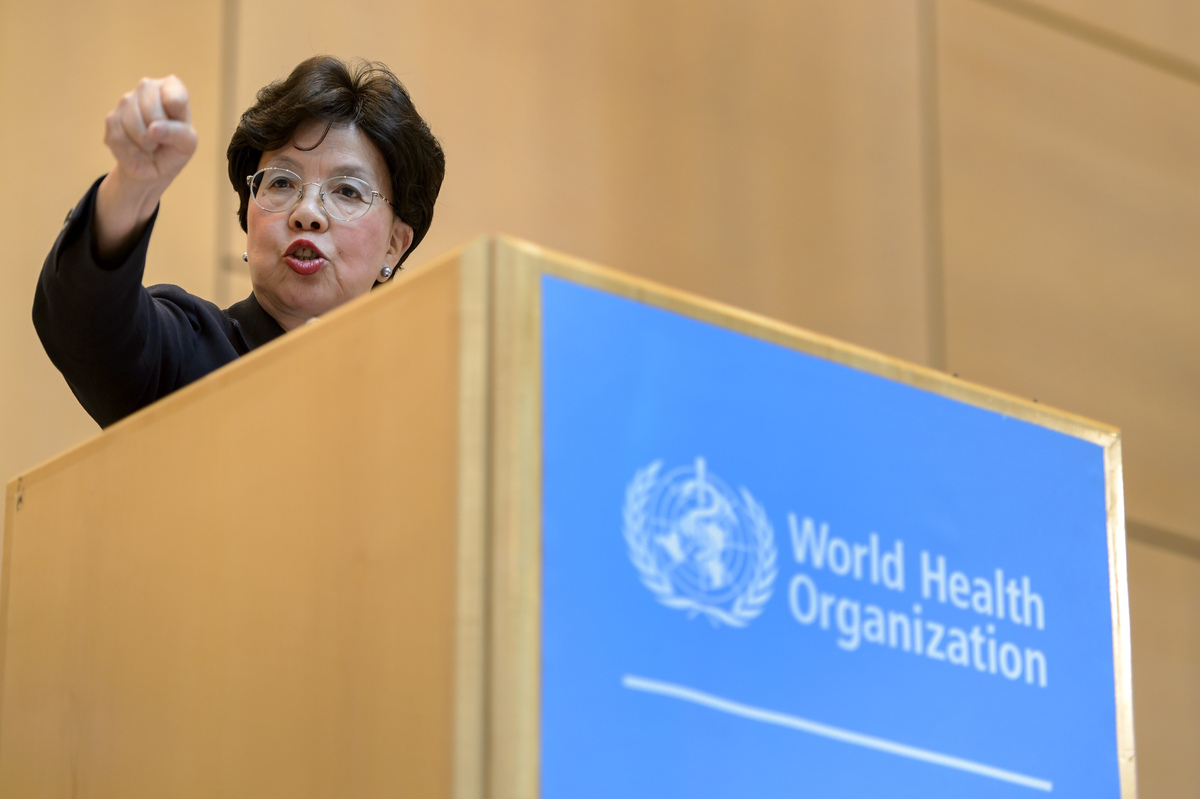 The Ebola outbreak "overwhelmed" the World Health Organization and made it clear the agency must change, WHO's director-general, Dr. Margaret Chan, said Monday in Geneva.

Nearly 3,000 delegates from around the world are gathering this week in one of the most expensive cities in Europe to debate the fate of the World Health Organization.

There's one main question on the table: Will the WHO be given the power and money it needs to be the world's leading health agency, or will it plod forward in its current state — as a weak, bureaucratic agency of the U.N. known more for providing advice than taking action.

"A rapidly transmitted disease in the world's poorest countries, that's what WHO was created for, and it just utterly failed. It was unconscionable."

The Ebola outbreak in West Africa "overwhelmed" the agency and made it clear that the WHO must change, said WHO's director-general, Dr. Margaret Chan at the 68th World Health Assembly.

The U.N. health agency was slow to recognize the magnitude of the Ebola outbreak. It didn't have the money or the personnel to attack the epidemic on the ground. And probably most damning, the WHO failed to take the lead on what was clearly a major international health crisis.

Doctors Without Borders was frantically treating patients — and warning the world that the outbreak was out of control. The U.S. sent in military troops to build treatment centers. The U.N. Security Council side-stepped its own health agency and created a rival Ebola response mission that answered to New York instead of Geneva.

Chan says she has heard the critics and is pushing through change. "I am creating a single new program for health emergencies, uniting all our outbreak and emergency resources across the three levels of the organization," she said this week.

Chan is promising to streamline command of the WHO's global operations. She also wants to create a $100 million emergency fund and a rapid response team — think a SWAT team of doctors and nurses — to deploy to health crises around the world.

But this isn't the first time WHO has tried to better prepare for international pandemics. Previous efforts to reform the WHO have fallen flat, says Dr. Joanne Liu, the president of Doctors Without Borders, who is in Geneva for this meeting.

"It was like this after the swine flu in 2011, and the reality is it never materialized in some concrete changes," Liu says.

Even right now, her aid group is battling a meningitis outbreak in Niger that's killed more than 400 people, and they're struggling to get enough vaccines. There's an overall lack of leadership at the global level to get her workers the help they need out in the field, Liu says.

But reform has a better chance now because Ebola was so bad, says Lawrence Gostin, a professor of global health law at Georgetown University.

"A rapidly transmitted disease in the world's poorest countries, that's what WHO was created for, and it just utterly failed," he says. "It was unconscionable."

Structural changes at the WHO, however, still need to be approved by representatives from the nearly 200 nations currently meeting in Geneva.

Some countries don't trust the WHO, Gostin says. Others don't want to pay more money to fund it.

Some reforms will make it through this time, he says. But will those changes be enough to make the World Health Organization live up to its name — and be the world's leading health agency?