Accessibility links
Who's Addicted To What? The First Worldwide Guide : Goats and Soda Researchers have put together a comprehensive look at alcohol, tobacco and illegal drug use — and broken down the data by region.

Who's Addicted To What? The First Worldwide Guide

Who's Addicted To What? The First Worldwide Guide 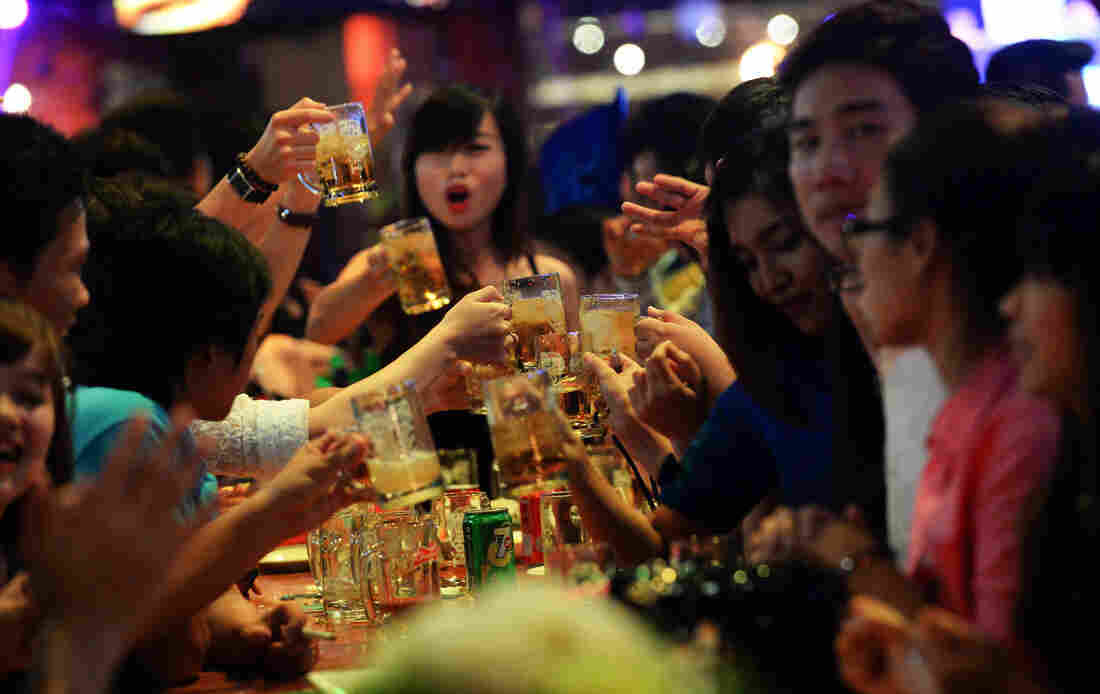 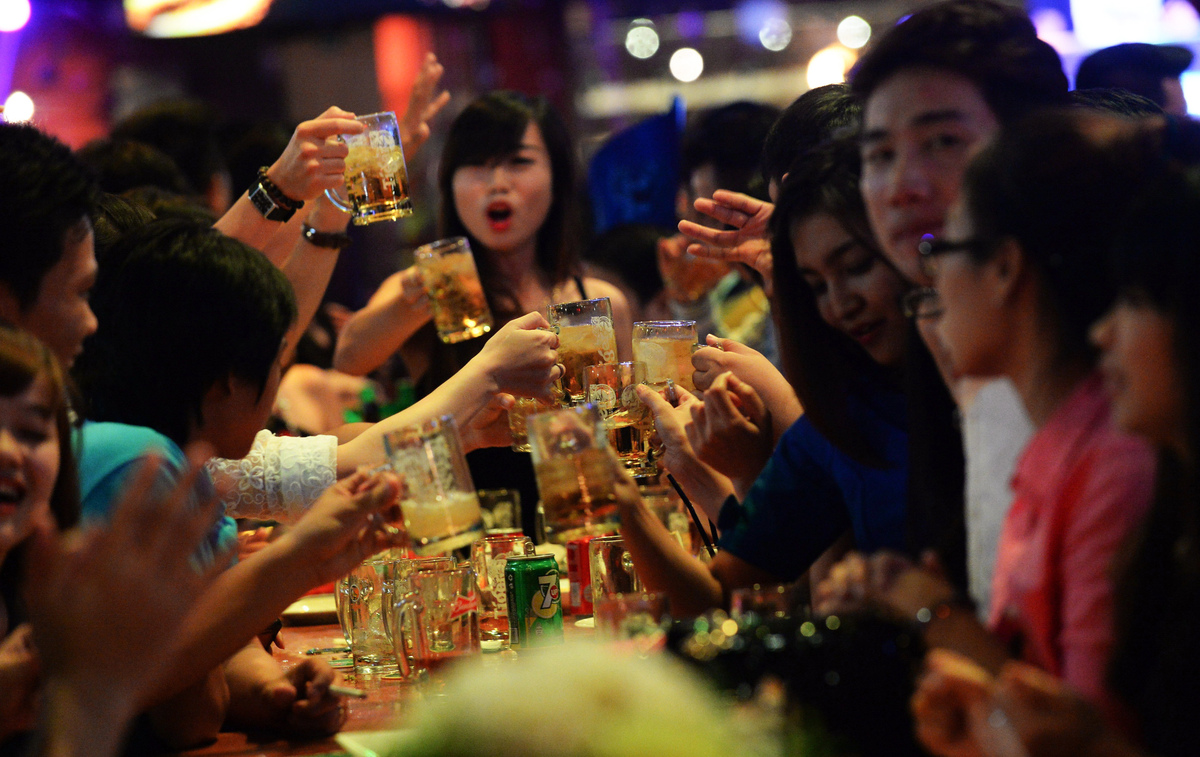 Alcohol consumption is low in Asia — but it definitely happens. Above: Vietnamese friends imbibe at a open-air beer bar in Ho Chi Minh City.

We've always known that people around the world smoke, drink and use illegal drugs. But we've never known just how much people abuse substances, nor have we known whether illegal or legal drugs do more harm to human health — until now.

For the first time, researchers have combed through data to report on evidence of the life-and-death consequences of addictive drug use worldwide, and published their findings in the June edition of the journal Addiction.

The researchers collected data on how many people use alcohol, tobacco and drugs, how often they use it and the harm it does. Their sources were the World Health Organization, the United Nations Office on Drugs and Crime and other online sources of global, national and regional information. Then they sorted the information based on region and economic status. The authors acknowledged that the websites they used can only report the data provided by U.N. member states, but "we thought it would be extremely useful, and a good start, to have it all in one place," says lead author Dr. Linda Gowing, a professor at the University of Adelaide's School of Medical Sciences.

Some findings were predictable: Lots of alcohol is consumed in Russia, very little in Muslim countries. But the overall importance is in the establishment of a baseline of drug and alcohol use along with comparisons among different regions.

Worldwide, some 5 percent of the world's population — about 240 million people — are dependent on alcohol. The accepted mental health definitions of dependence speaks of compulsive use, loss of control over substance use and a failure to stop using even when people are aware of the problems alcohol is causing. More than a billion people, or 20 percent of the human race, smoke tobacco.

Statistics on the use of illegal drugs are more difficult to gather, says Gowing. But one point of comparison is that, from the limited estimates available, some 15 million people around the world use injection drugs, such as heroin. The report's authors noted that the data on illegal drug use, drawn from the U.N.'s World Drug Report and the Global Burden of Disease study, is sparse precisely because its use is hidden.

It's undeniable that both tobacco and alcohol increase the risk of early death. But the overuse of alcohol, the report found, takes a greater toll in what public health officials refer to as productive years of life lost than does tobacco. That means that, in addition to dying younger, people who are dependent on alcohol have poor health over a long period of time. They develop an inability to work and to tend to relationships, and they experience an overall reduction in their quality of life, Gowing says.

It's the first time that addiction statistics have been gathered and reported in one place, making it a valuable starting point while showing the need to gather more information on addictive behavior.

"The delights of the Internet mean that there's an awful lot of information out there — but you have to know where to look for it," says Gowing. "We thought it would be useful to have it in one place."

Regional differences can be stark. Eastern Europeans are both the heaviest smokers and drinkers in the world. Asians drink the least. "One thing that stands out is countries that are predominantly Muslim have a much lower rate of alcohol consumption," says Gowing. Alcohol consumption is also lower in the least developed countries.

While drinking and smoking is "predominantly a male behavior" in some countries, says Gowing, that's not the case in the West: "What comes with women's liberation is the right to keep up with males, and that applies to addiction as well."

In the United Kingdom, for example, men and women are even when it comes to smoking: 22 percent.

Having worldwide addiction information available in one place highlights the need for countries to gather and report more complete information. And it could be the first step in helping individual countries do something about it.

"You can begin to gauge what's happening, what's working and what isn't working," she says. "These are, after all, solvable problems."