Accessibility links
As MERS Outbreak Surges, Genetic Tests Show Virus Hasn't Mutated : Goats and Soda So the spread of the Middle East respiratory syndrome in South Korea is probably due to other factors, such as a delayed response to the outbreak and poor infection control at hospitals. 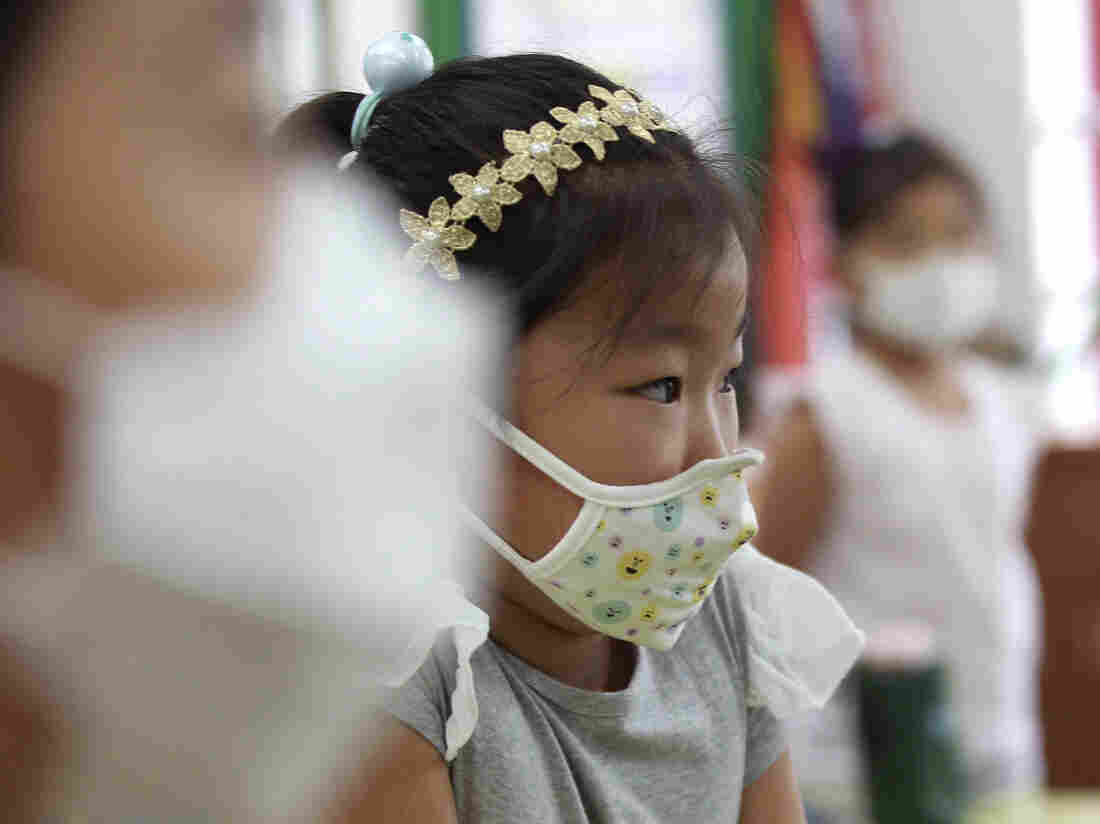 Elementary school students wear masks as a precaution against Middle East respiratory syndrome as they wait for a lesson to start at Midong Elementary School in Seoul on Monday. Ahn Young-joon/AP hide caption 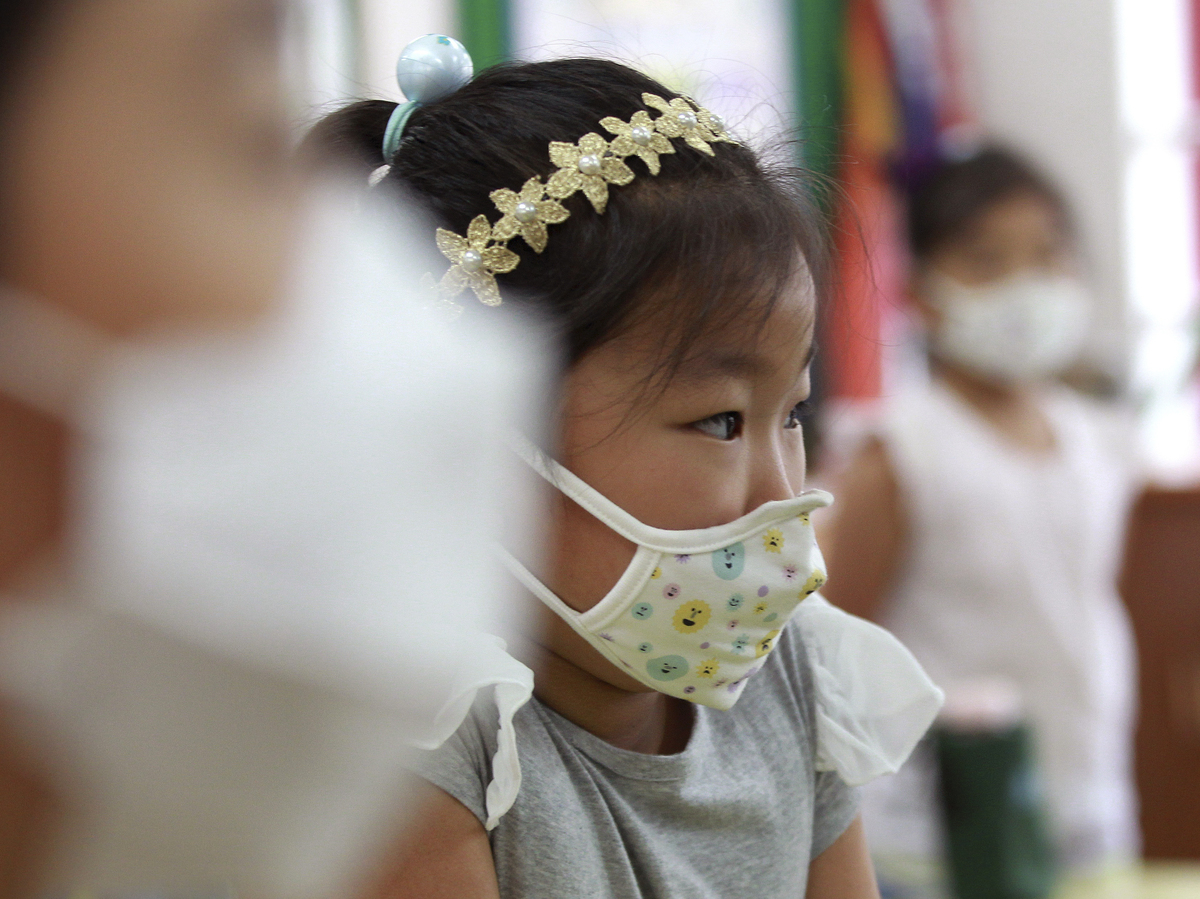 Elementary school students wear masks as a precaution against Middle East respiratory syndrome as they wait for a lesson to start at Midong Elementary School in Seoul on Monday.

An outbreak of the Middle East respiratory syndrome, or MERS, has swelled to 95 cases in South Korea. Seven people have died, and scientists are trying to figure why the outbreak has grown so rapidly.

Although there's no vaccine or treatment for MERS, the disease isn't usually very contagious. 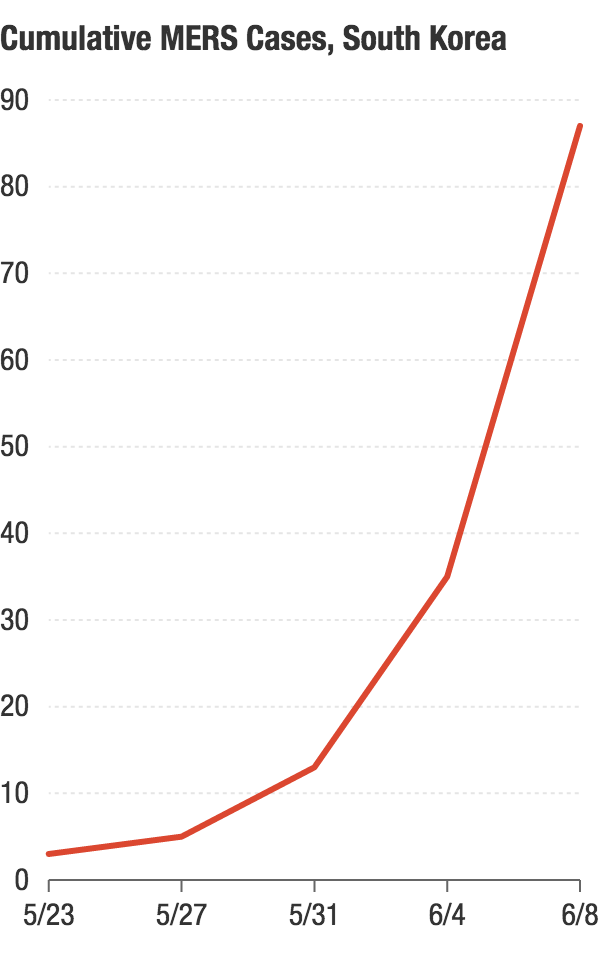 Confirmed cases of the Middle East respiratory syndrome in South Korea have grown nearly fivefold in the past week. Elise Hu/South Korean Ministry of Health and Welfare hide caption

In fact, since scientists first detected MERS back in 2012, people infected with the virus have each passed it along to less than one person, on average, scientists have reported. So most outbreaks have been small and relatively easy to stop.

The outbreak in South Korea, in contrast, has spread quickly. In the past week, the number of cases has grown by nearly fivefold. And the businessman who initially brought the virus from the Middle East likely spread it to more than 20 people.

"As a result, nearly 2,000 schools are temporarily shut down as a precaution," NPR's Elise Hu reports from South Korea's capital city. "And the normally bustling areas of Seoul are eerily quiet."

One concern has been that the virus might have mutated, becoming more contagious. But this week scientists in China and South Korea report evidence that this isn't the case.

Teams at the Korea National Institute of Health, and the Chinese Center for Disease and Control and Prevention independently sequenced viruses taken from two patients. Neither group found mutations that would likely make the virus more dangerous, the World Health Organization concludes.

So the spread of MERS in South Korea is probably due to other factors, including a delayed response to the outbreak and poor infection control at hospitals, virologists told Science magazine.

There's also the theory that the first MERS patient in South Korea could be a superspreader — someone who produces abnormally high levels of virus particles in the lungs, so is capable of spreading MERS to a larger number of people.

A team of scientists and health workers from the WHO arrived in Seoul Monday. Working with Korean health officials, the team aims to better understand how MERS transmits from one person to the next.