Accessibility links
Why MERS Is Likely To Crop Up Outside The Middle East Again : Goats and Soda It's unknown what triggers an outbreak of Middle East respiratory syndrome. But scientists think the virus comes from camels. So until we stop it in animals, MERS will continue to cause trouble. 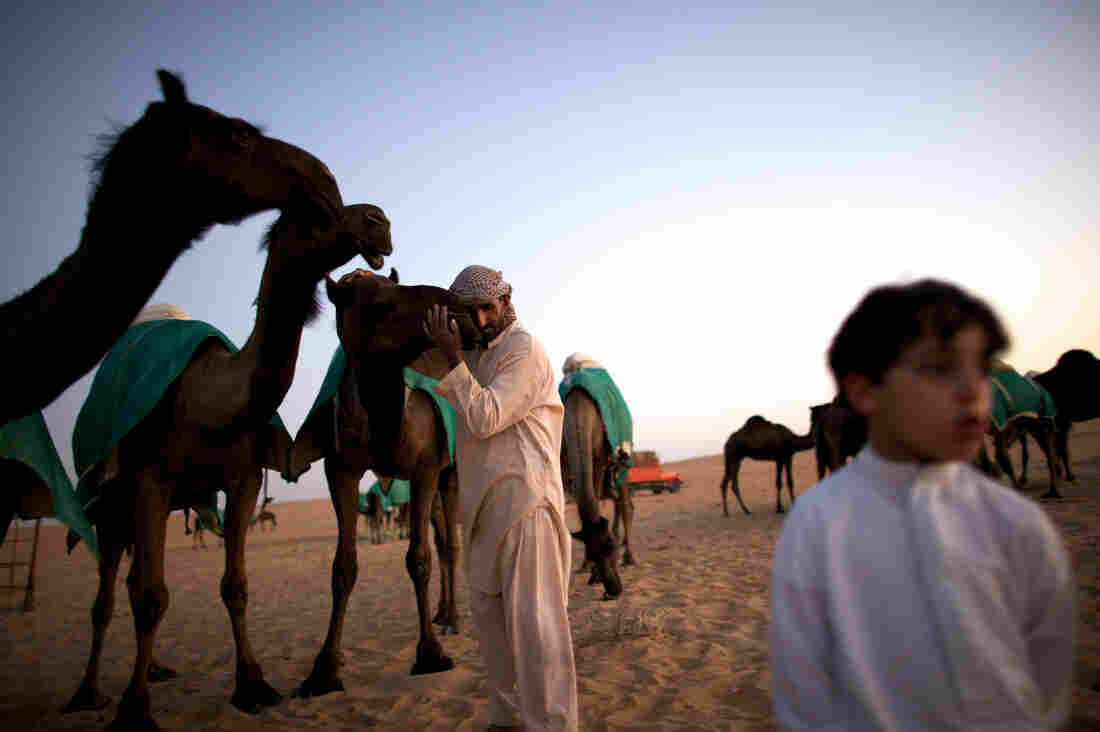 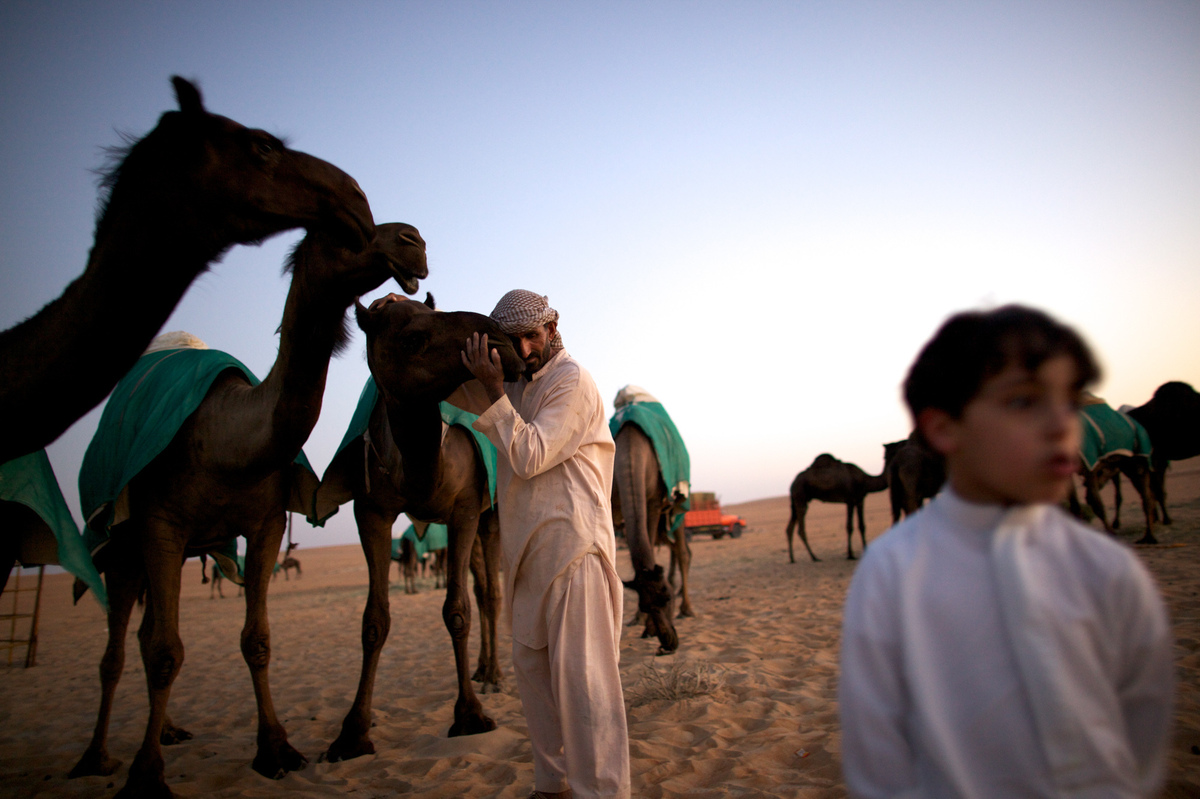 A dangerous nuzzle? A man in western Abu Dhabi hugs a camel brought in from Saudi Arabia for beauty contests. Middle East respiratory syndrome circulates in camels across the Arabian Peninsula.

Blame it on the camels.

When scientists first detected Middle East respiratory syndrome in 2012, the big question was: Where is this virus coming from?

For several years, scientists hunted the deadly virus across the Arabian Peninsula, and eventually they found at least one source — dromedary camels.

"The presence of the virus in camels is fairly well established and is widely accepted," says Mark Pallansch, director of viral diseases at the U.S. Centers for Disease Control and Prevention in Atlanta.

Today scientists still don't have a good understanding of how MERS is transmitted from camels to people. But here's what researchers believe might happen. MERS circulates in dromedary camels in the Middle East, making them sick every now and then. When people work with a sick animal — or perhaps drink its milk — they may catch the virus. Then if an infected person seeks medical help, MERS can spread to dozens of people because the virus flourishes in hospitals.

Eventually all those cases get contained, and that distinct outbreak comes to an end.

But then another restless MERS virus makes the jump from camels to people, and the whole outbreak cycle starts all over again.

Until scientists figure out exactly how camels pass MERS to people, Pallansch says, more outbreaks will pop up.

"As long as there is continual exposure to whatever animal source for MERS exists in the Arabian Peninsula, we will always continue to have sporadic cases," Pallansch says.

And those cases could turn up anywhere on the globe.

The current outbreak in Korea shows the MERS virus' ability to hitch a ride on a commercial airline and then cause havoc once it lands. This past week, the U.S. CDC just issued updated guidance to doctors, warning them to be on the lookout for MERS in patients who've recently traveled to the Middle East or Korea.

The Korean outbreak grew so dramatically in part because doctors were slow to recognize the first case as MERS, says Peter Ben Embarek, head of the World Health Organization's MERS Task Force.

As with any outbreak, cultural factors also fueled the spread of the virus, he says. "There is a habit in Korea of when you go to a doctor or hospital, you go and see several hospitals, in the days after, if you feel the need for a second opinion," he says.

And that's exactly what happened in this outbreak.

Also, families are often very attentive to loved ones when they're hospitalized, which could have put more people at risk of exposure to the virus.

There's no vaccine or specific treatment for MERS. Embarek says the most promising potential weapon against the disease is a camel vaccine. Rather than try to address MERS directly in humans, the idea would be to stop the virus at a source.

Some vaccine trials are in the works, he adds, but it could be years before there's a viable solution.

"In this type of work, developing vaccine takes time," Embarek says. "For the time being, unfortunately, we won't have a vaccine at hand."

So, in the meantime, doctors around the world are going to have to be on heightened alert for this deadly disease.