Accessibility links
Nigerian Soccer Fans Really Know How To Have A Ball : Goats and Soda The U.S. team, which plays Nigeria tonight at the Women's World Cup, is a tournament favorite. But Nigeria's funtastic fans deserve a cup of their own. 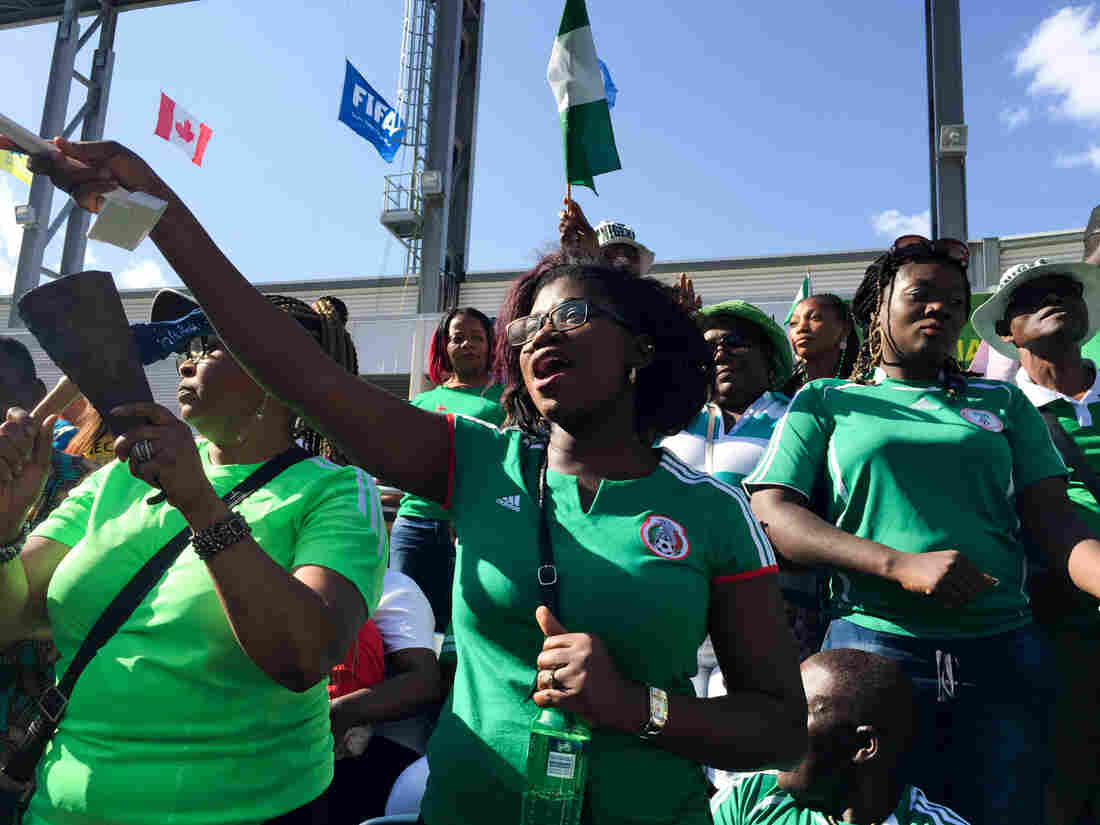 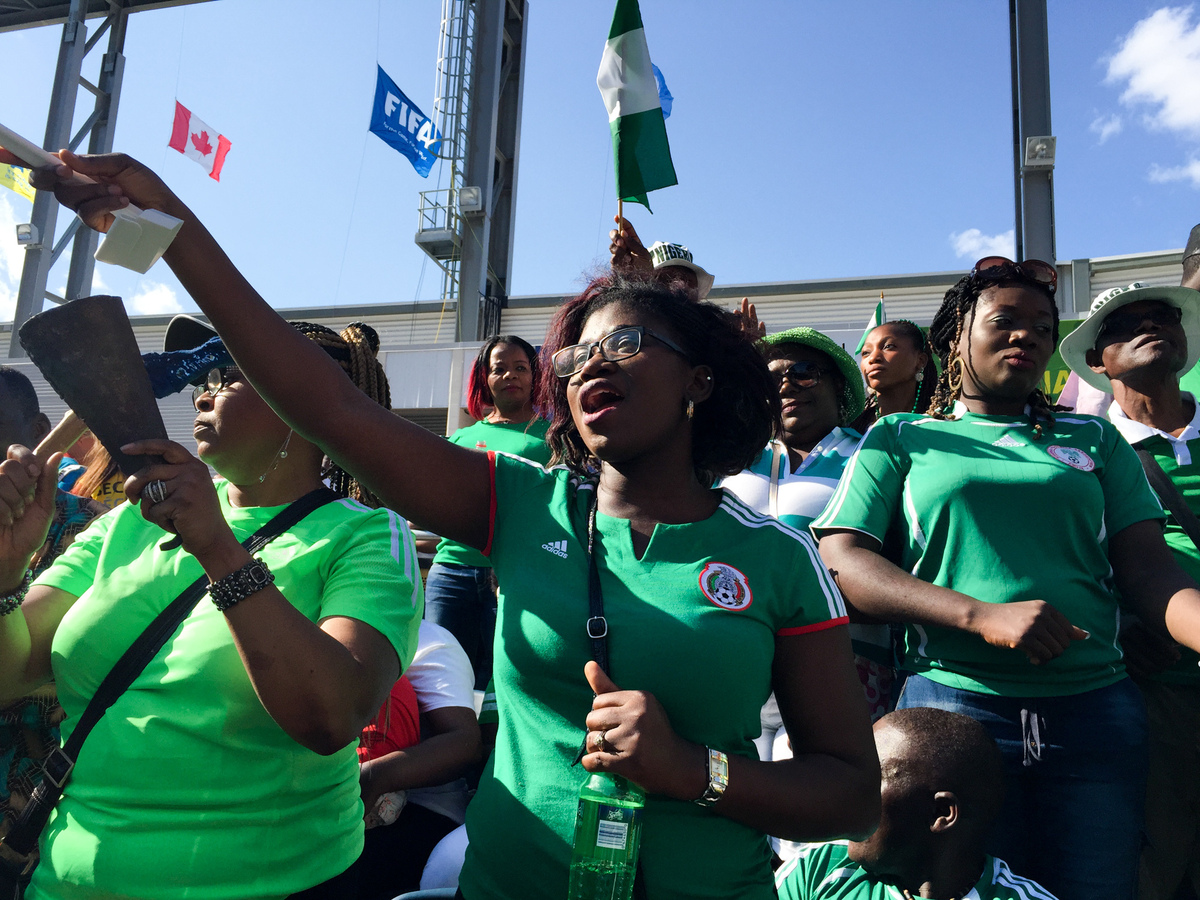 Nigerian fans stand and deliver cheers at a match against Australia, played during the Women's World Cup in Winnipeg, Canada.

If you watch the United States play Nigeria at the Women's World Cup tonight — kickoff is at 8 p.m. — you'll keep your eyes on the field. After all, it's an important match. A win or a tie, and the U.S. is guaranteed to advance to the knockout round. Even with a loss, the U.S. could still move on. Nigeria is the best team from Africa.

But maybe you should look at the stands instead.

Nigerian fans are an attraction in their own right. Decked out in bright green T-shirts and waving flags, they stand, cheer, party, play trumpets and drums, dance and sing.

What If The World Cup Were Awarded For Saving Trees And Drinking Soda?

"That's the trick about Nigerians," says Dixit Iduozee at a game against Australia last Friday, which Nigeria ended up losing 2-0. "We're always like go, go, go, go, go. No matter what, we don't give up. And until the end, we don't stop."

Nigeria is a fixture at the Women's World Cup. But even though the team has only made it out of the group stage and into the semifinals once, the fans are still enthusiastic.

"You can't come in expecting to win always," says Farouk Salam, a student at the University of Winnipeg. "You come, you win, you lose or you draw. So regardless what happens, you have that mentality to go there to support them. If you're down, they're also down, who's going to keep them moving?"

At a match between Nigeria and Australia, the players notice, too, looking up several times into the small Nigerian cheering section. Even though it will be a tall order for Nigeria to advance in this year's World Cup, fans are having too much fun to care.